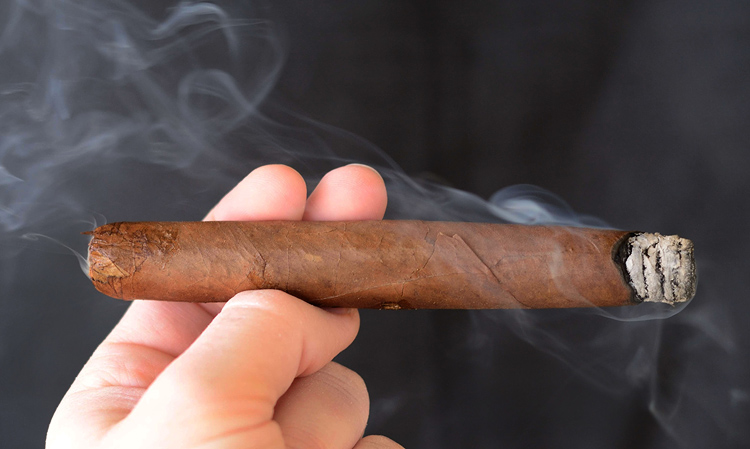 Back in March of 2011, the president of Camacho Cigars, Christian Eiroa, did an interview with Cigar Aficionado’s David Savona. During the interview Christian introduced a cigar he had been working on for a while called the Camacho Super Limitado. The cigar was one of 24 blends he was working on that were going to be released in very limited batches.

The Super Limitado blend was limited to 6,000 cigars that had been rolled in 2007 and were going to be hand delivered by Eiroa himself to the first 40 stores to have carried his cigars. Packaged in boxes of 18, the boxes were sealed shut with screws because Eiroa stated he only meant these to be sold as a full and complete box.

To date these have only been given to–and are subsequently only available at–the Nat Sherman store in New York. Dylan Austin confirmed that not all of the Super Limitados were shipped to Nat Sherman and the company still has some, but has no current plans of selling them.

Since debuting at the New York retailer, Nat Sherman has offered the Super Limitado for sale individually. *As noted above, the release was intended as 6,000 total cigars. It’s unknown what Camacho actually shipped to Nat Sherman and what remains.

The super delicate almond colored wrapper is one of the silkiest and smoothest wrappers I’ve ever felt and only has a slight oily feel to it. It is extremely delicate and has cracked in multiple places already so I’m actually afraid to even cut the cigar. To clarify the cigar isn’t under humidified at all. What little squeeze I’m willing to give on the cigar shows it has some give and the wrapper isn’t brittle, just delicate like a piece of tissue paper. The aroma coming off the wrapper is very mild, almost nonexistent. Only slight raisin notes and perhaps cinnamon are barely detectable. After cutting the cigar as carefully as I could and having the cap virtually come apart in my hands, I take a cold draw and get distinct vanilla and nutty notes.

The cigar starts out with more of that nutty vanilla profile I tasted from the cold draw. Overall it’s very mild to start out with and in addition to the vanilla and hazelnut notes I’m getting some sweet cedar and fresh cut hay. The cigar is so smooth I’m able to essentially retrohale 100% of the smoke, which in my experience usually only happens when I’m smoking well aged Cubans. While the burn is pretty crooked, almost a 45 degree angle, it doesn’t seem to be affecting the cigar negatively. The draw is perfect and plenty of smoke is being produced. 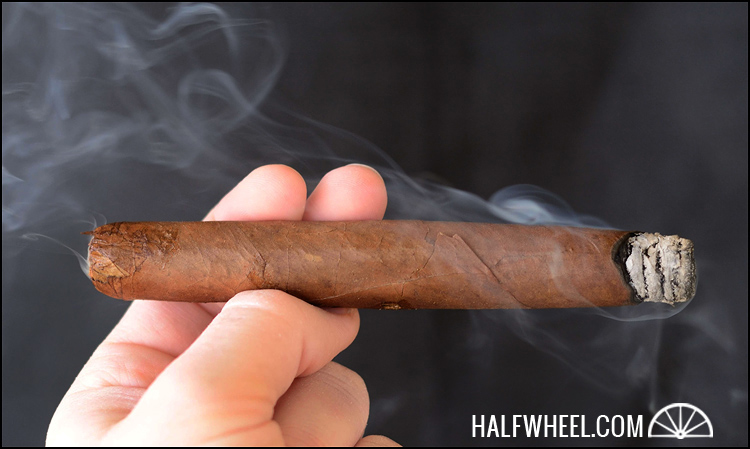 Starting the second third the Super Limitado has picked up a bit of strength, though not more than a mild to medium. Despite the splits throughout the wrapper the cigar seems to be navigating them well and not getting any worse as the burn line passes them. With a minor touch up the burn line has returned to almost completely straight. The cedar has developed into more of a fresh pencil shavings note while the hay has faded away. Hazelnut and vanilla notes have stuck around and a mild white pepper note has started to appear in the background as well. The burn line continues to want to angle itself so a few touch ups have been necessary. Even though the wrapper is very delicate the cigar itself has excellent construction holding the ash to well over an inch before I roll it off into the ashtray. The final third has become a mess of split wrapper, however the flavors and draw are still spot on so luckily the issues are purely cosmetic. The strength has stayed below a medium though the retrohale has become a little more difficult. Pencil shaving cedar notes and vanilla are still dominating the profile while the white pepper and hazelnut have faded to the background. Staying smooth and flavorful until the end I would gladly nub this Camacho, however the wrapper has fallen apart so badly that I have to put it down with about an inch left. Christian Eiroa stated he believed “it’s the best cigar I've ever made” and while I haven’t smoked every Camacho out there this cigar is just hands down a very good cigar. Between the delicate but full flavor profile and the smoothness that only an aged cigar can bring it is an extremely enjoyable smoking experience. While the wrapper was a fight I waged with gentle handling and a little bit of pectin I would still say I lost the battle. That being the only negative thing I can say about this cigar, I can easily recommend seeking these out if you don’t mind the price tag. Unfortunately, box purchases seem to be out of the question at the moment but if the remainder of these are released I wouldn't hesitate jumping on the opportunity.