The cigar world was a very different place in 2002 than you see today: mainstays like Tatuaje and Illusione didn’t exist, the average price of a cigar was quite a bit lower and limited edition cigars were not a mainstay.

It was into this world that Camacho released its very first Liberty blend.

However, unlike the vast majority of the Liberty releases that would follow, the 2002 version was packaged exclusively in boxes of 50 cigars—10 cigars of each of the five sizes. Only 500 total boxes were made priced at $500 each, meaning there were a total of 25,000 cigars, each of which carried an MSRP of $10.

Since that time, the series has consisted of different vitolas, blends and release numbers, but the cigars have historically been released around the Fourth of July holiday, which explains both the name and the patriotic theme.

To date, there have been 23 different releases of the Camacho Liberty series spanning 16 years. 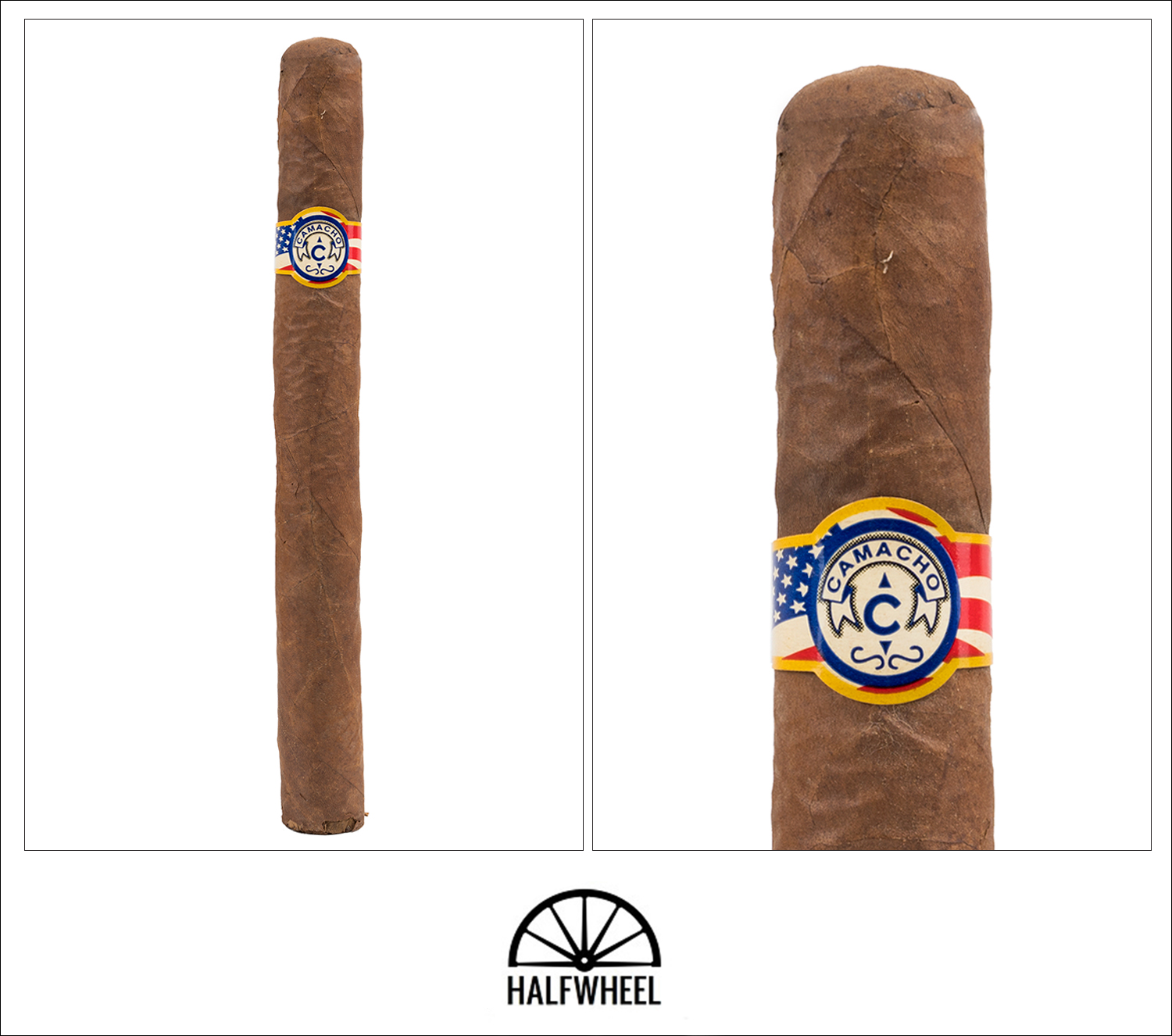 I was expecting the Camacho Liberty Churchill 2002 to look old, but I was not expecting a great looking milk chocolate wrapper that is both dry and rough to the touch like parchment, although there was still a bit of oil visible in the right light. The cigar is firm when squeezed and has obviously shrunk a bit, as the band was so loose that it almost falls off multiple times as I inspect it in my hands. Aroma from the wrapper is extremely faint cedar, leather, earth and dark chocolate while the cold draw features a few more notes, including a very distinct spiced apple, leather, tobacco, hay, cinnamon, very light banana bread sweetness and—somewhat surprisingly—a bit of spice on my tongue.

The first third of the original release Camacho Liberty starts off with a very bland oak flavor dominant, as well as other notes of hay, stale bread, leather, bitter dark chocolate and slight cinnamon. The interesting flavor is on the finish: a distinct mineral saltiness that reminds me of times in my childhood when I licked salt from salt mines. The retrohale features some white pepper as well as some very slight indistinct sweetness, while the finish is extremely dry. The draw has a great amount of resistance after a simple straight cut, while the burn is both wavy and not bad enough to need touching up so far. Smoke production is in the normal range—albeit extremely thin in body—and the strength through the first third is totally nonexistent, meaning it barely makes it past the mild mark. The flavor profile of the Camacho Liberty Churchill changes very little in the second third, with the same generic oak note followed by notes of leather, earth, dark chocolate and hay. Unfortunately, the one major change is the mineral saltiness on the finish, which—while certainly still obvious—is receding noticeably as the second third burns down. The retrohale retains most of the white pepper and same indistinct sweetness from the first third, but there is some spice present at all by the halfway point. Construction-wise, the draw continues to impress, but the burn becomes problematic enough around the start of the third that I am forced to touch it up before it gets out of hand. Unsurprisingly, the overall strength moves very little, closing out the second third closer to the mild mark than the medium one. 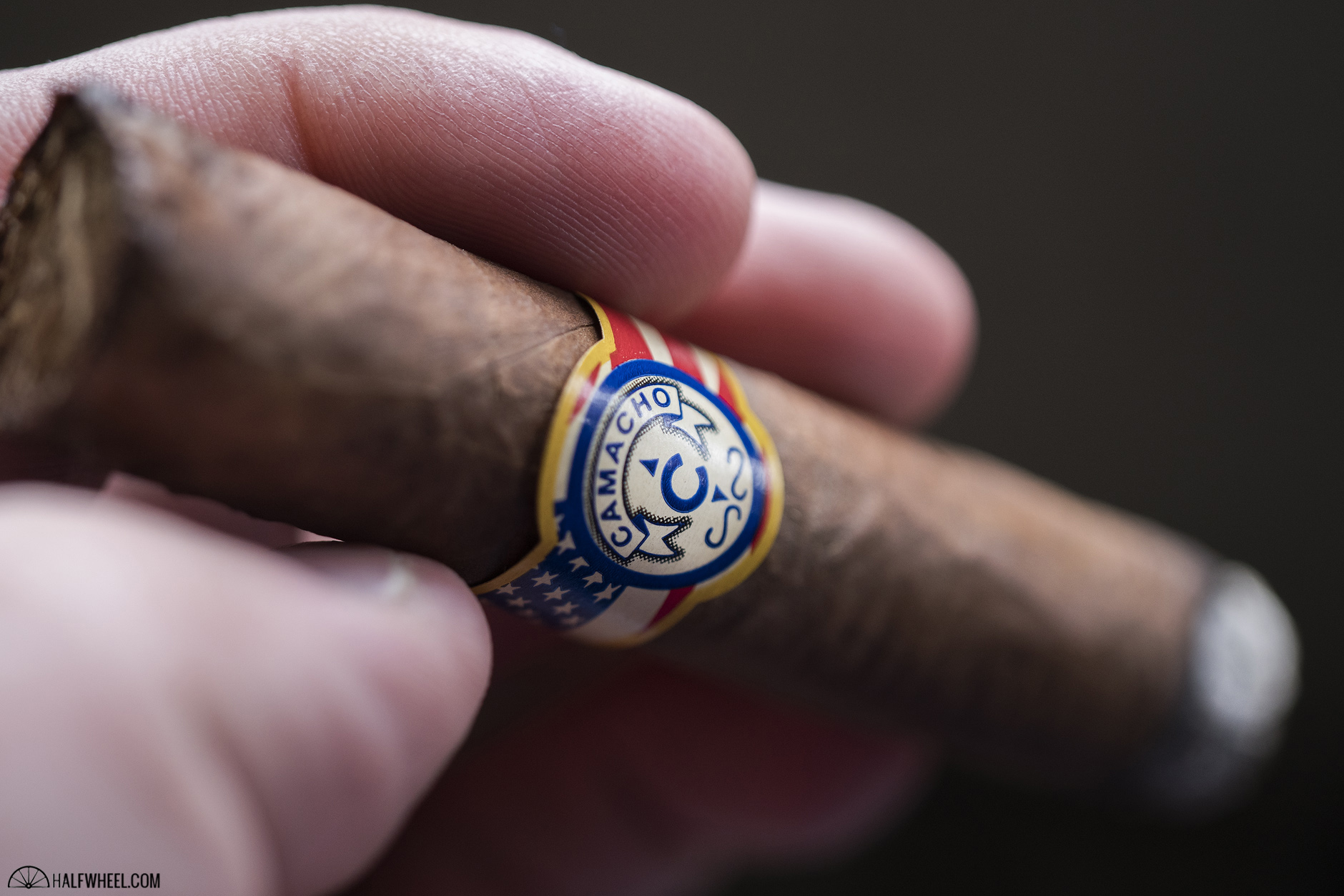 Aged oak is the familiar dominant flavor during the final third of the Liberty Churchill, followed by lesser flavors that are very familiar: earth, dark chocolate, leather, ground coffee and cinnamon. The sweetness continues to be so mild that I could never place it accurately, while the mineral saltiness has all but disappeared on the finish. There is a touch more white pepper on the retrohale compared to the second third, but it is a small consolation prize when taking the bland flavors into account. Thankfully, the burn evens up nicely and remained that way until the end of the cigar, while the draw continued to give me no issues whatsoever and the smoke production level remains even. Strength-wise, the Camacho Liberty seems to go nowhere at all, ending up essentially exactly where it was at the end of the second third about halfway between mild and medium. I have smoked a large number of aged cigars over the years and to me, the vast majority fall into three categories: those that don’t taste anything like what they did when fresh, but have great flavors nevertheless; those that are obviously well past the point that they should have been smoked, but still have some redeeming qualities; and those that have become so bland that it is almost not worth smoking. Unfortunately, the original release Camacho Liberty Churchill that I smoked for this review leaned closer to the latter than the former two categories. Yes, the mineral saltiness that dominated the finish in the first third—and that was present throughout the first two thirds of the profile to a much lesser extent—was interesting, but that was basically the only unique flavor that was noticeable. I am extremely glad to have smoked this cigar based on the history alone, but if you have any that you have put away for a special occasion, I would pull it out post-haste.