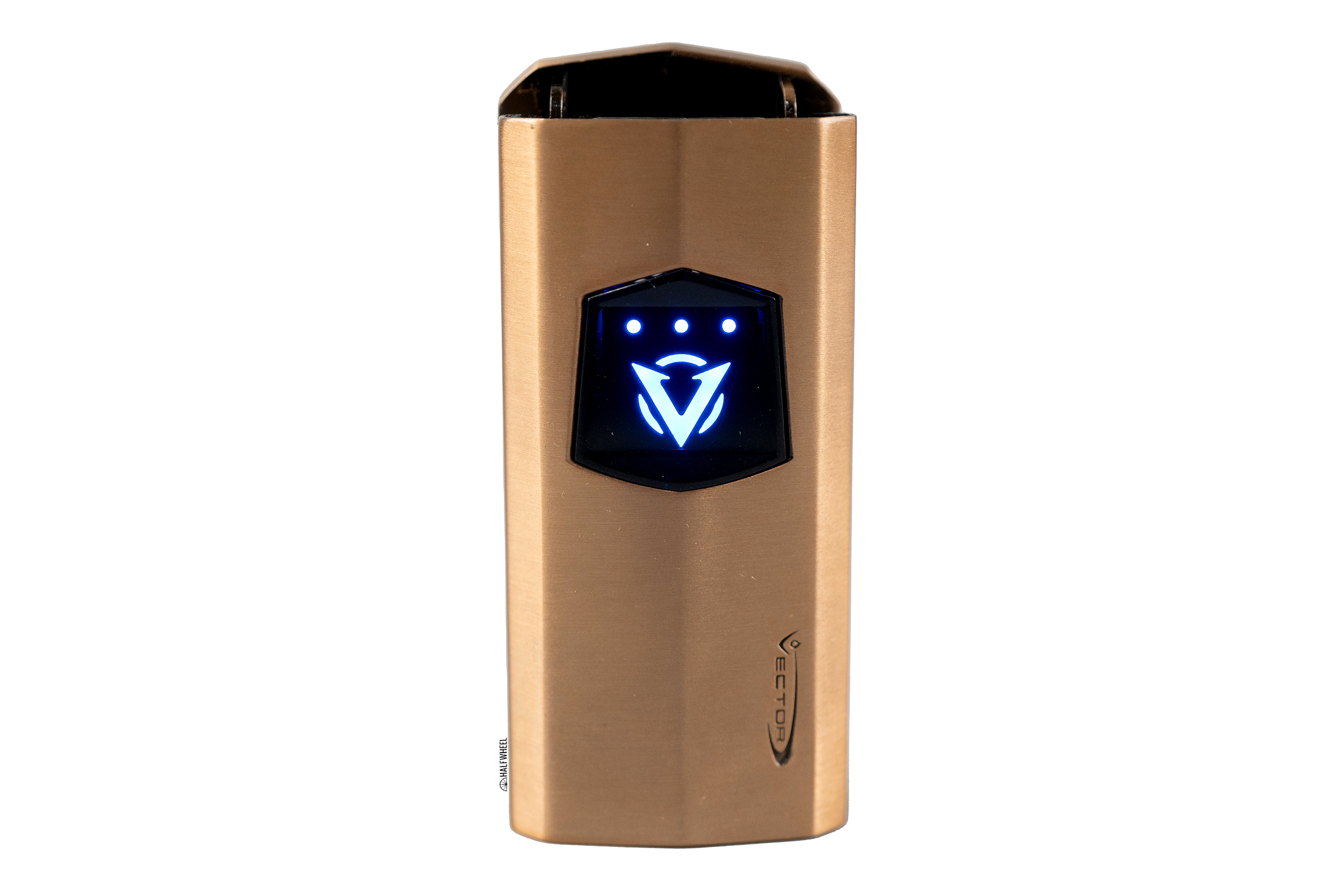 For the fourth release in its flagship ICON line, Vector-KGM joined a growing number of companies in getting into the wide flat flame segment of the cigar lighter market.

Flat flame lighters have been around for many years, though were originally on the smaller side of the spectrum. Instead of a traditional pointed torch, a flat flame lighter redirects the flow of butane through the burner in such a way that it flattens out and becomes wider, creating a flame shape that often resembles a spade, with a wide base that comes to a point. This allowed a lighter to deliver a wider flame that dispersed the heat a bit better while still only consuming as much butane as a typical single flame.

But as cigars have steadily gotten thicker and ring gauges have crept past the 60 mark and into the 70s, cigar lighters have had to keep up. In the case of flat flames, that meant widening the size of the flame so that it was between two and three times as wide as those original designs.

Several companies have released wider flat flame designs, with one of the latest to be Vector-KGM by way of its ICON IV. The ICON line is known for its touch-sensitive ignition panel, which replaces a mechanical piezo ignition with one powered by a rechargeable battery inside the lighter. The original ICON is a triple flame torch with the three burners aligned in a row, while the ICON II moved those burners into a triangular shape and adjusted the body to match that design. The ICON III is the biggest of the bunch, as it is a quad-flame tabletop lighter. 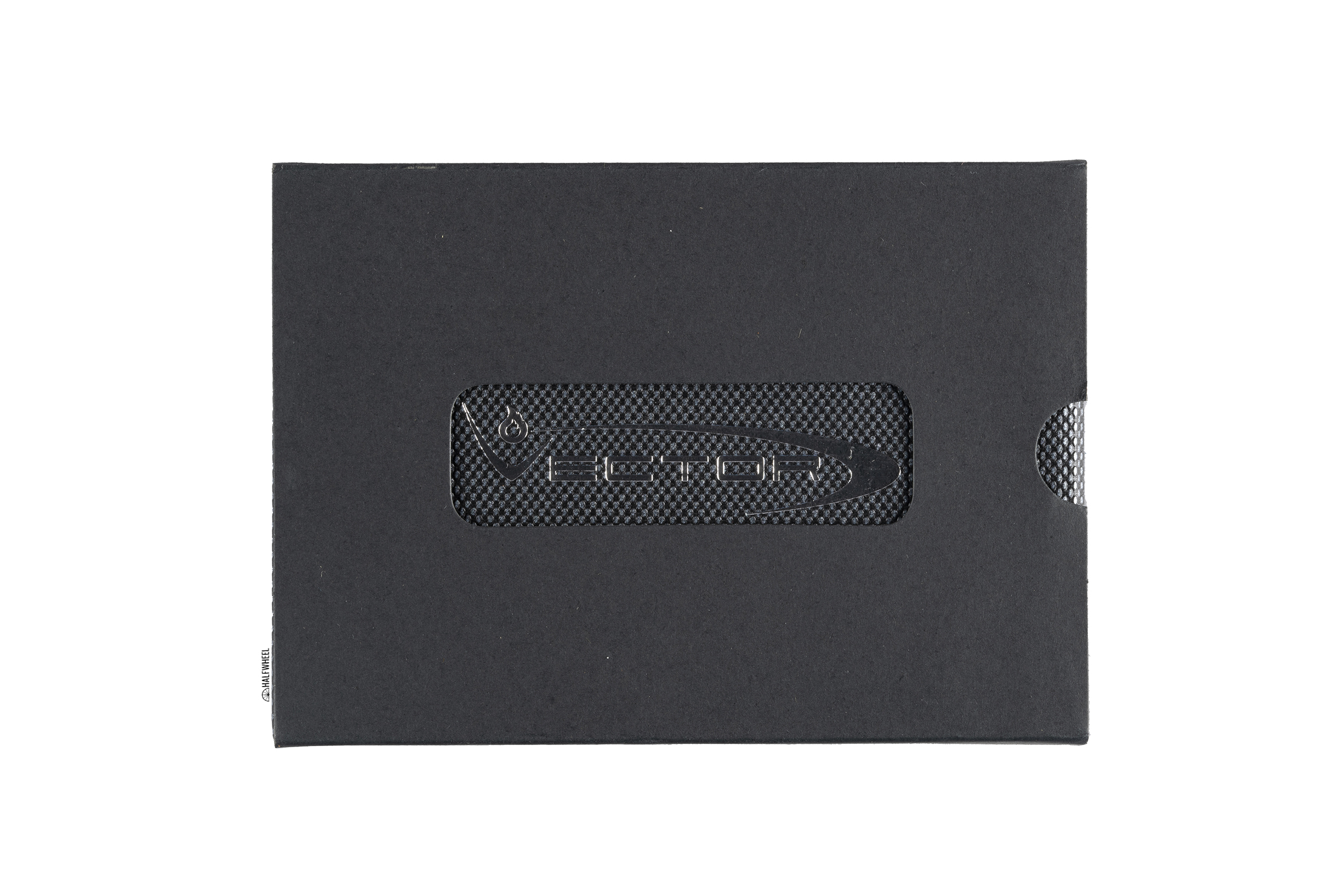 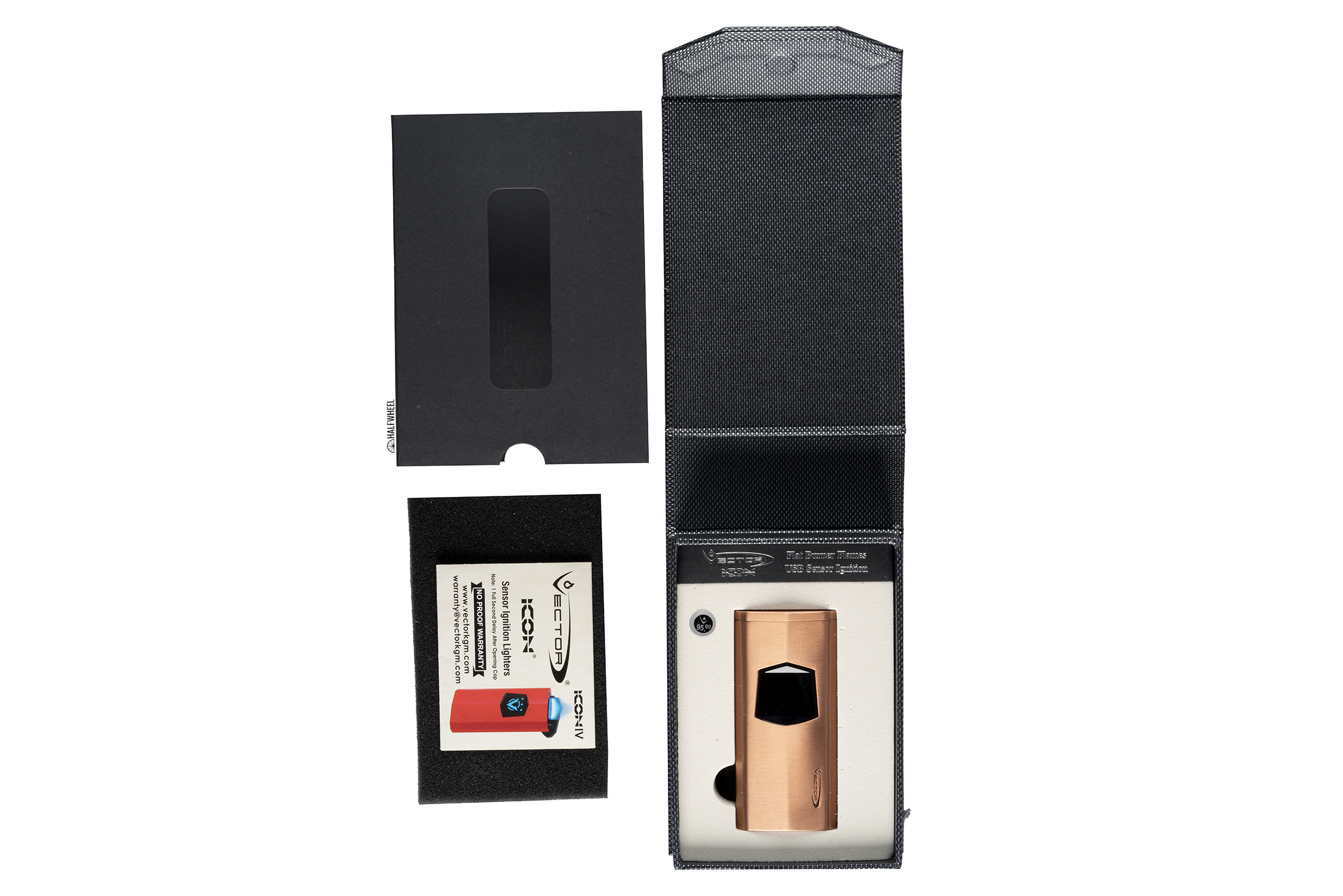 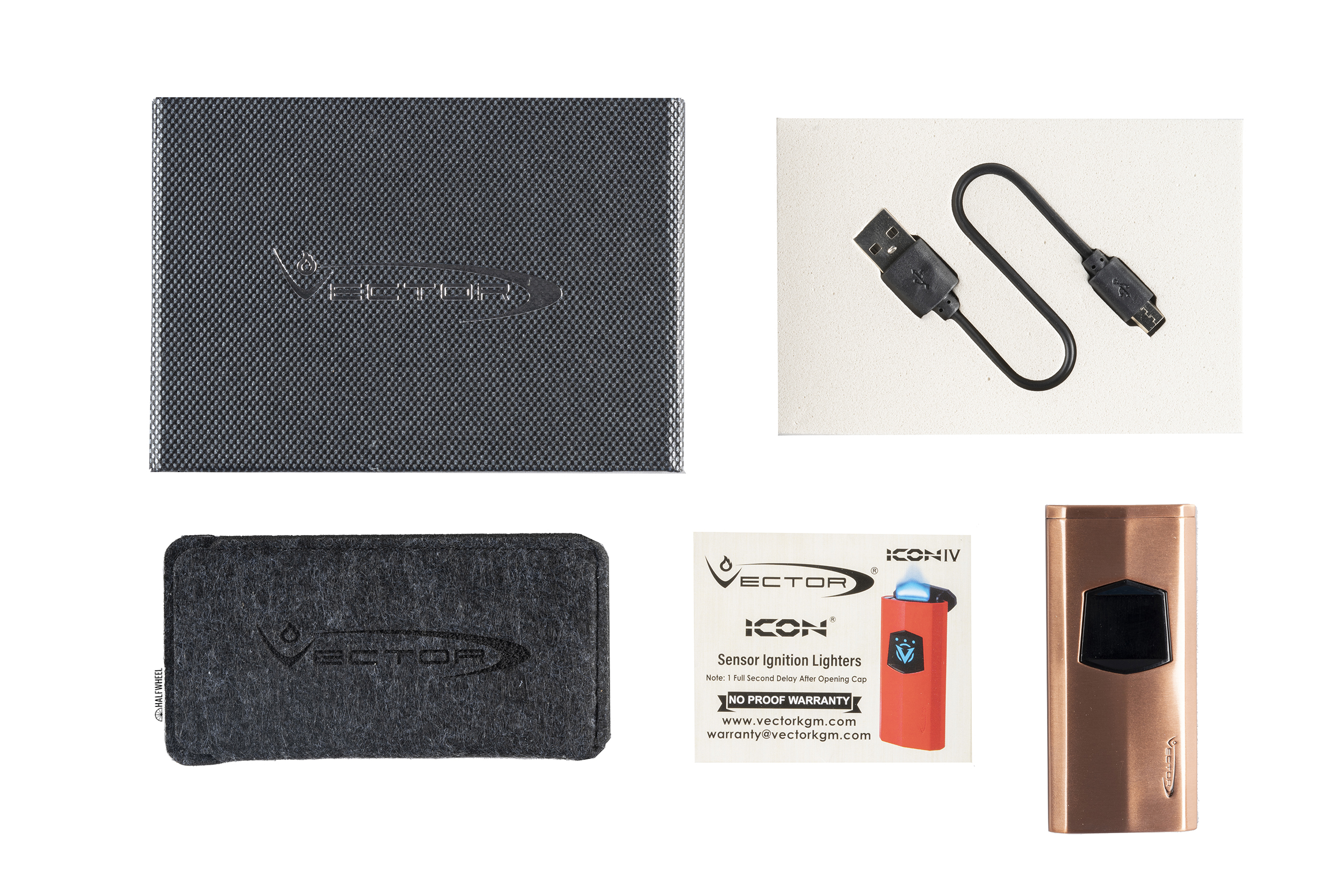 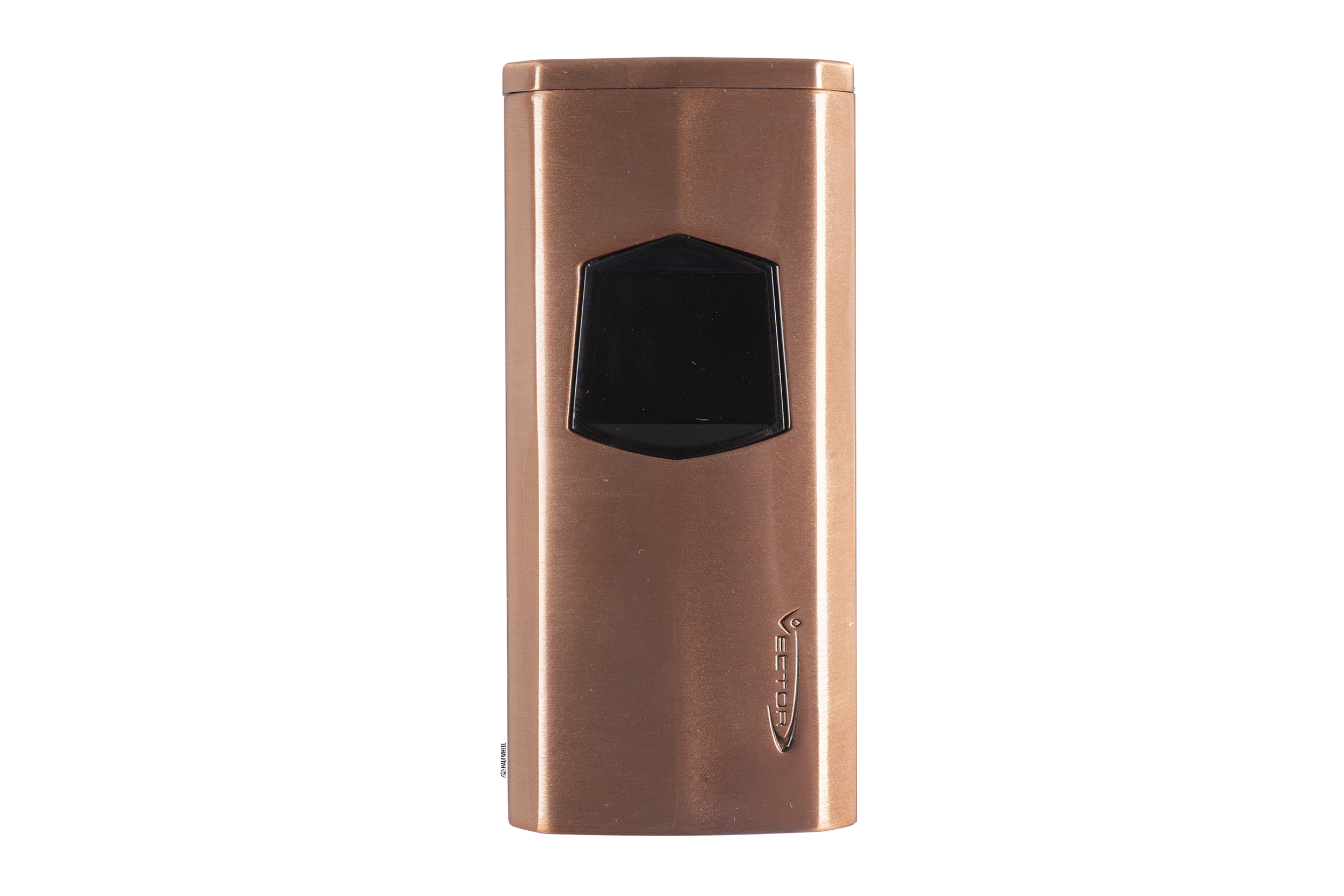 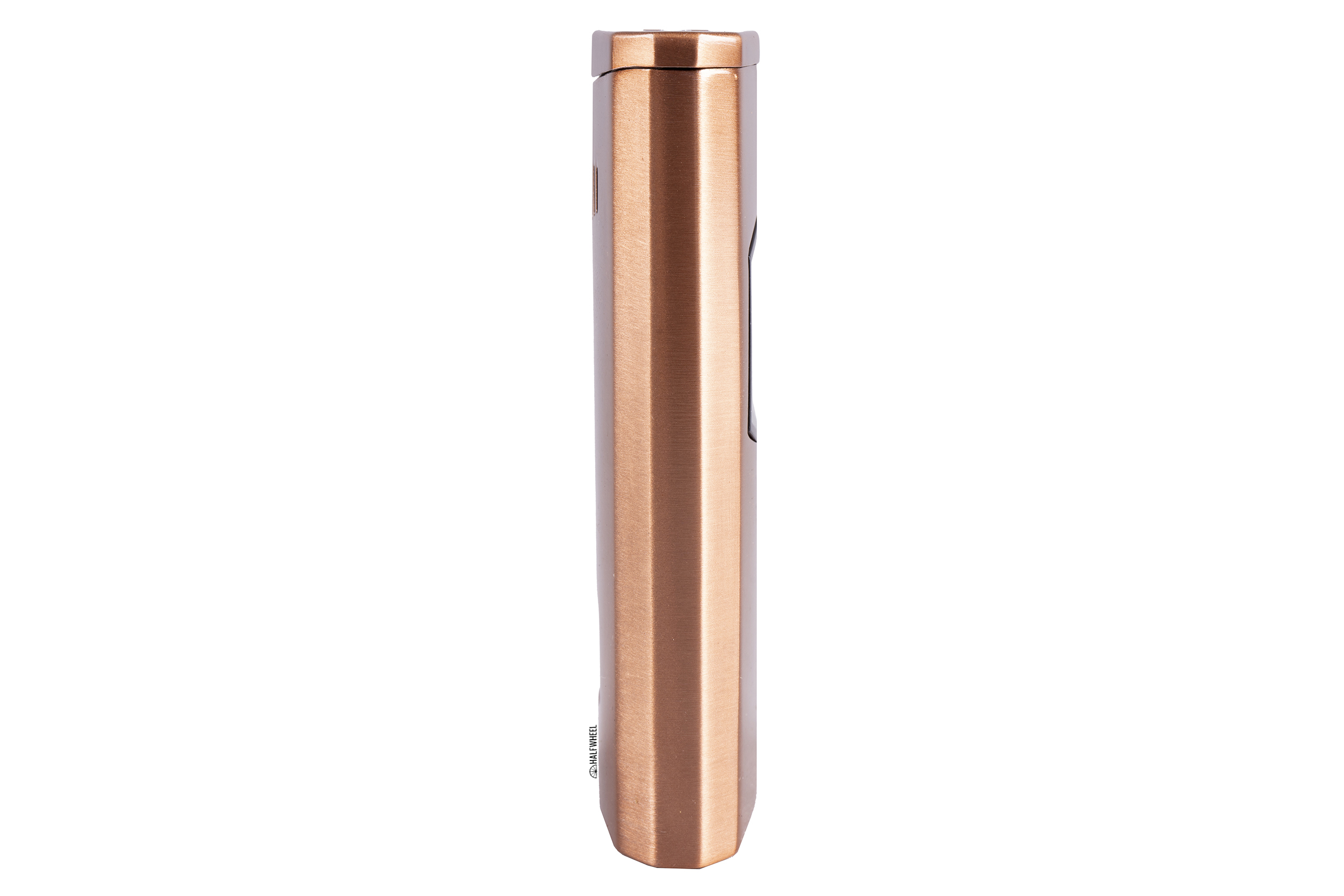 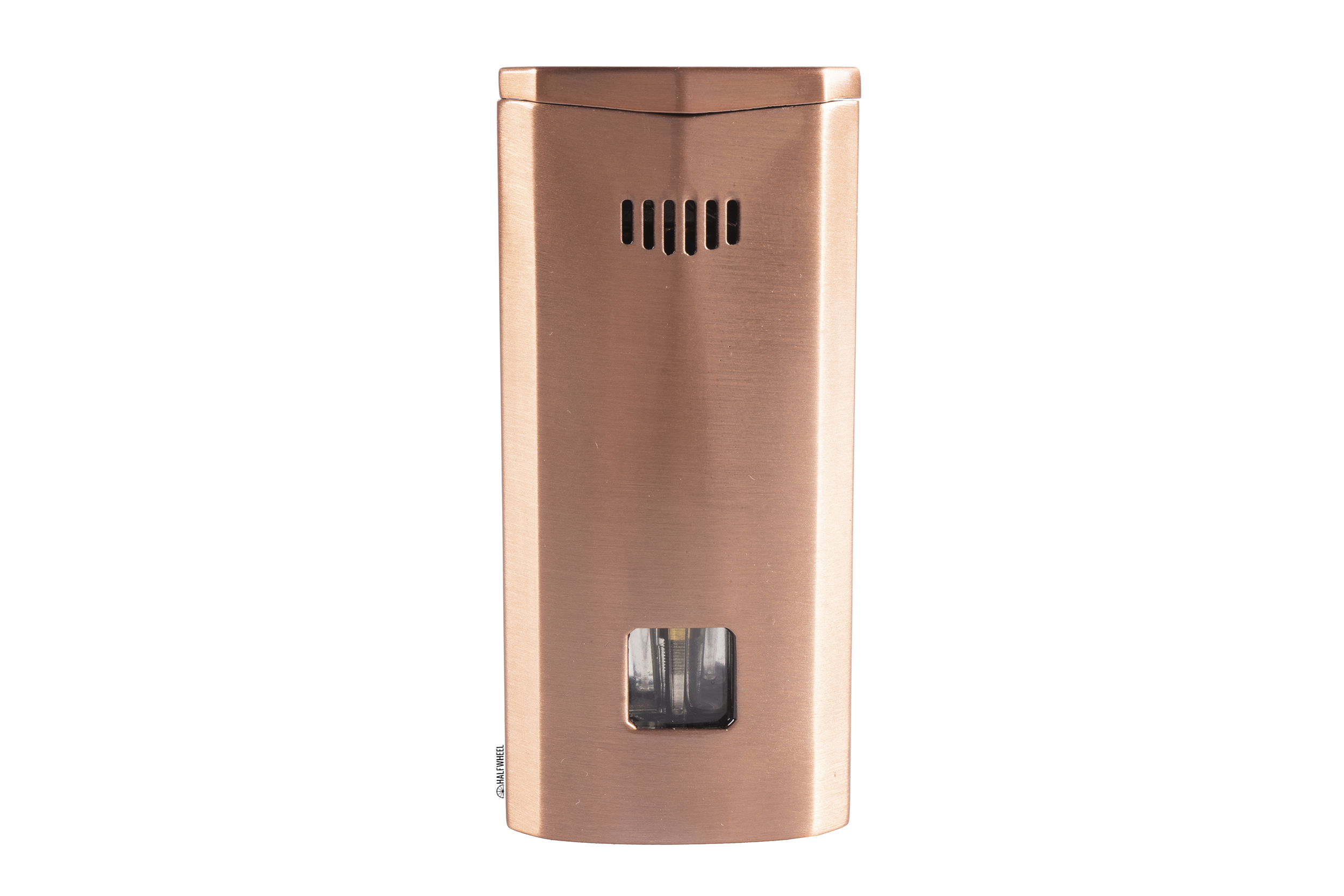 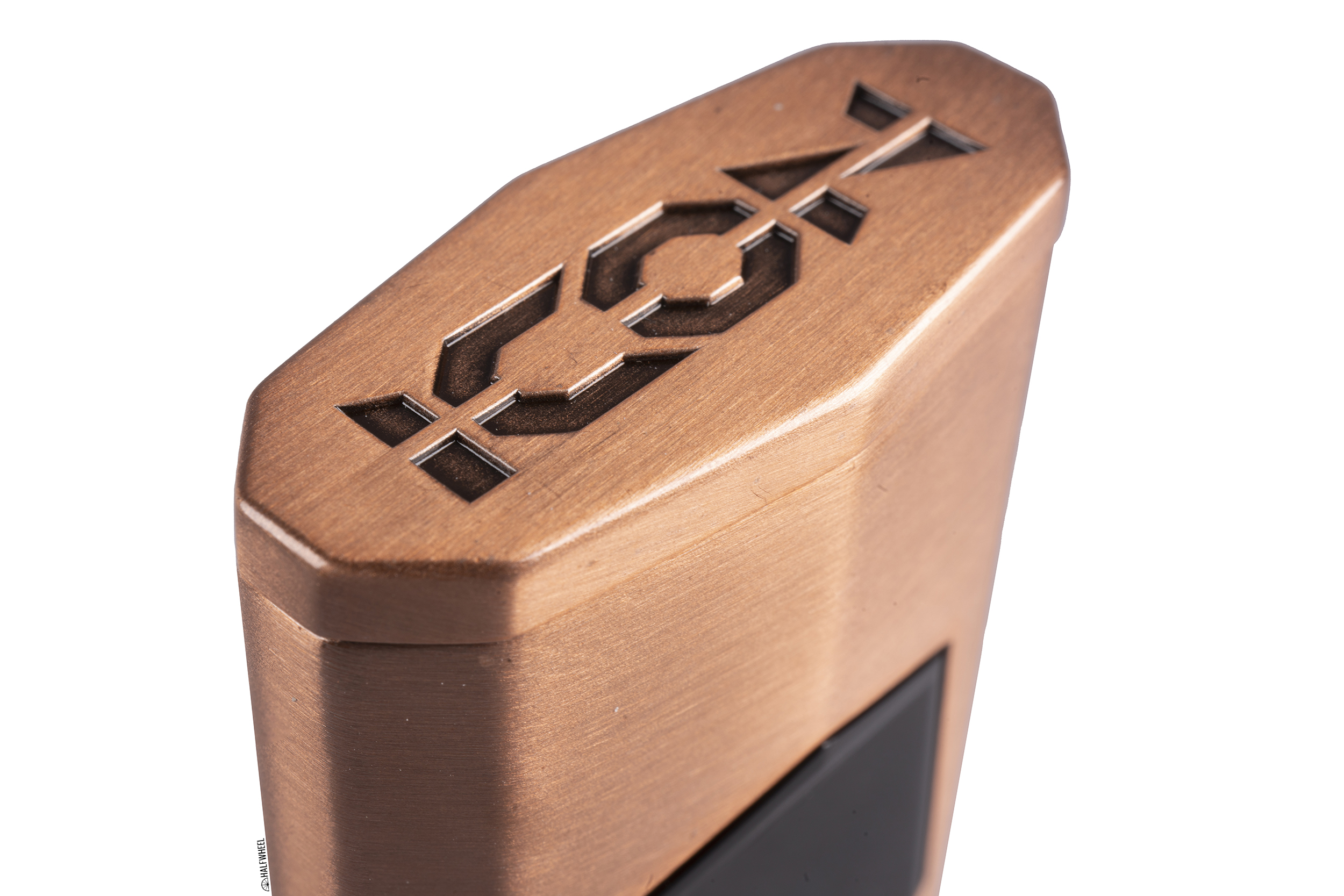 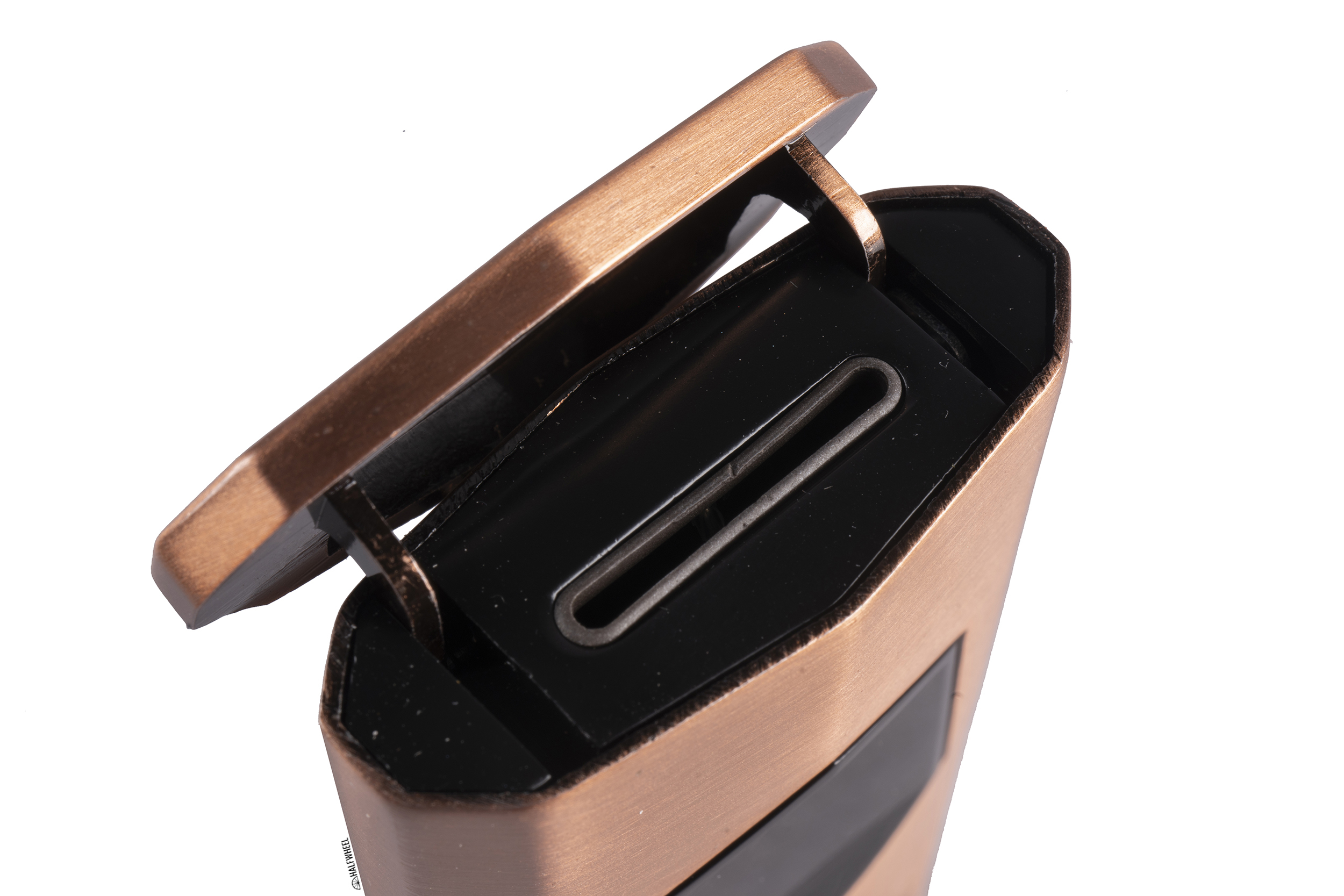 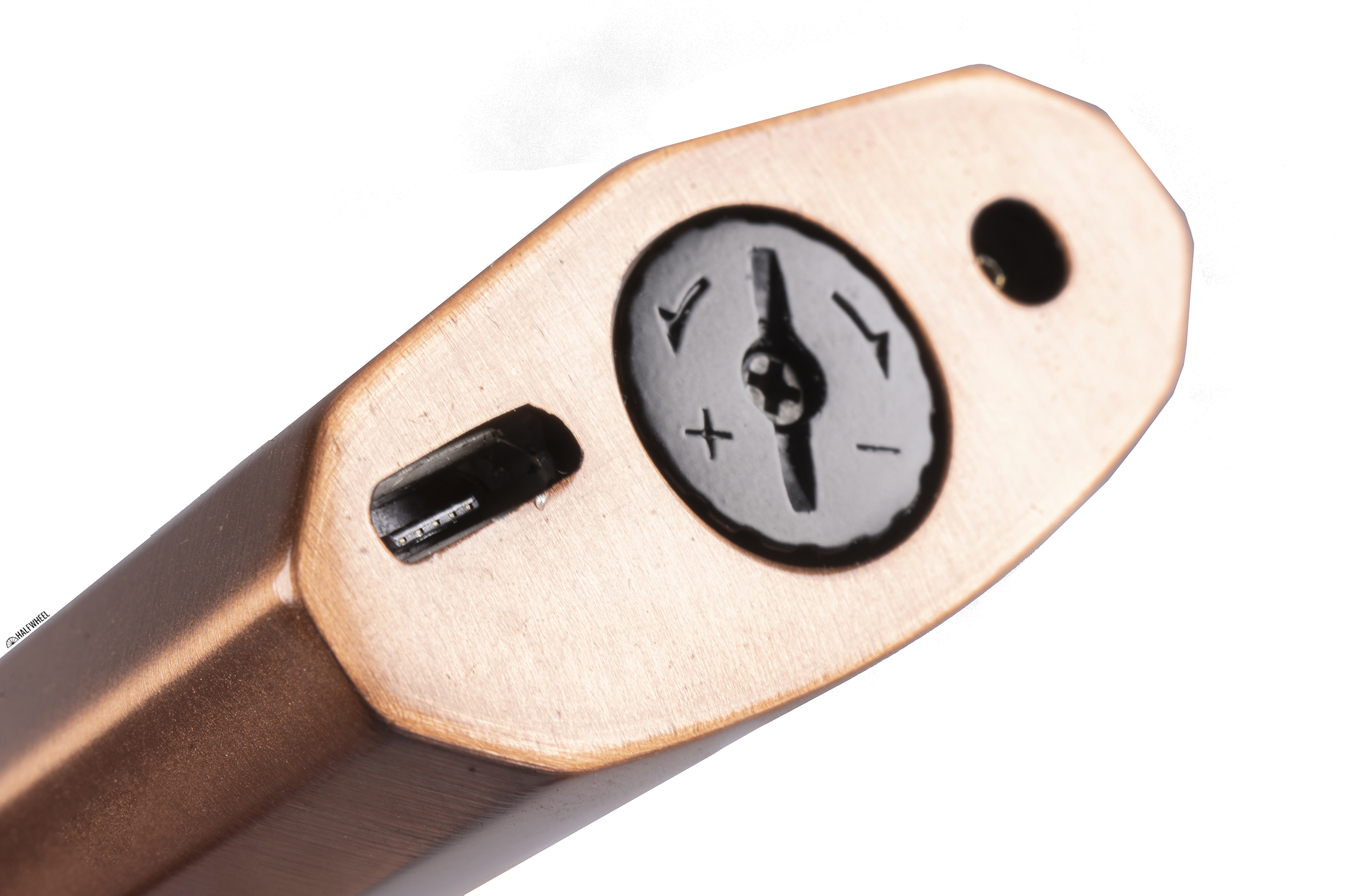 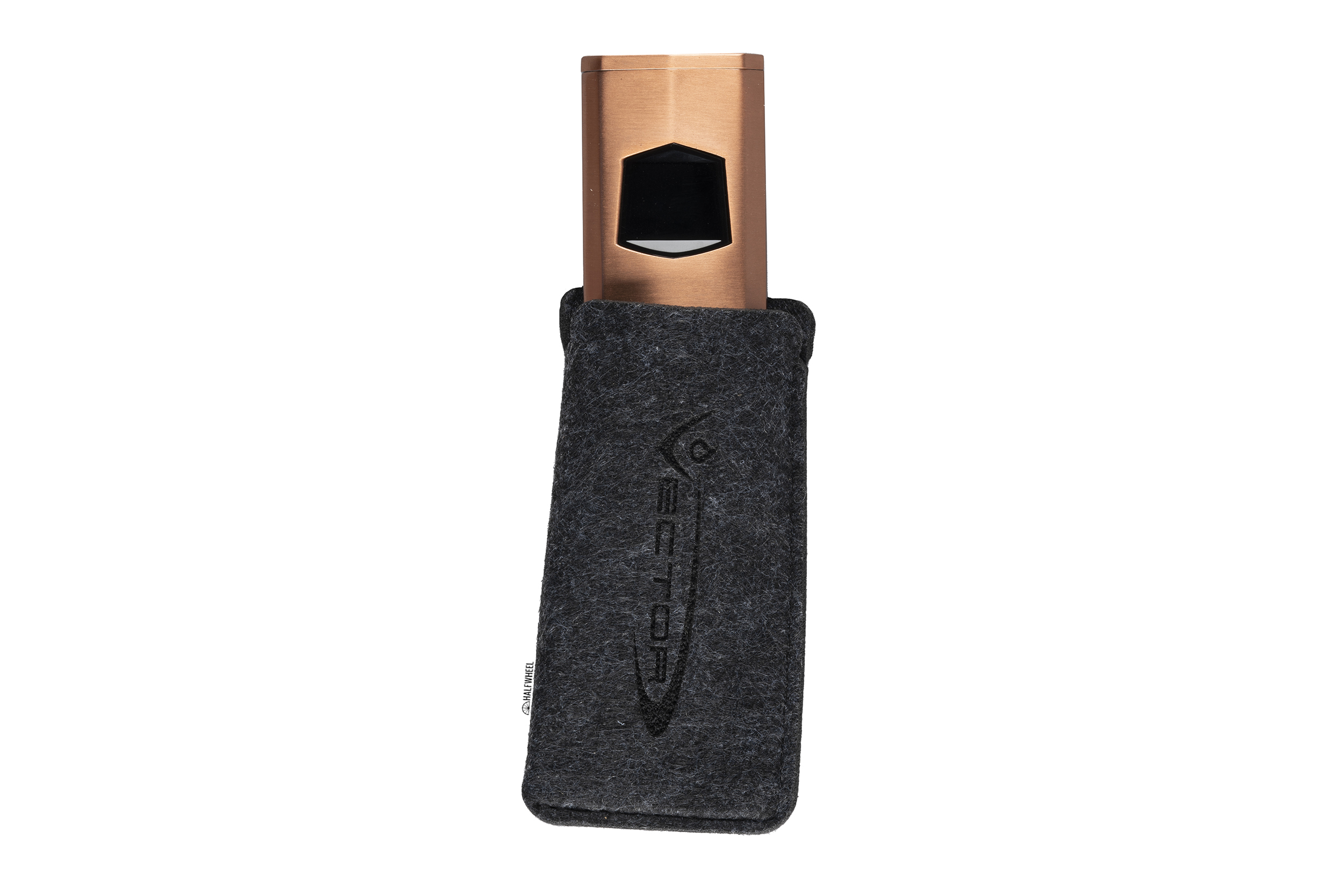 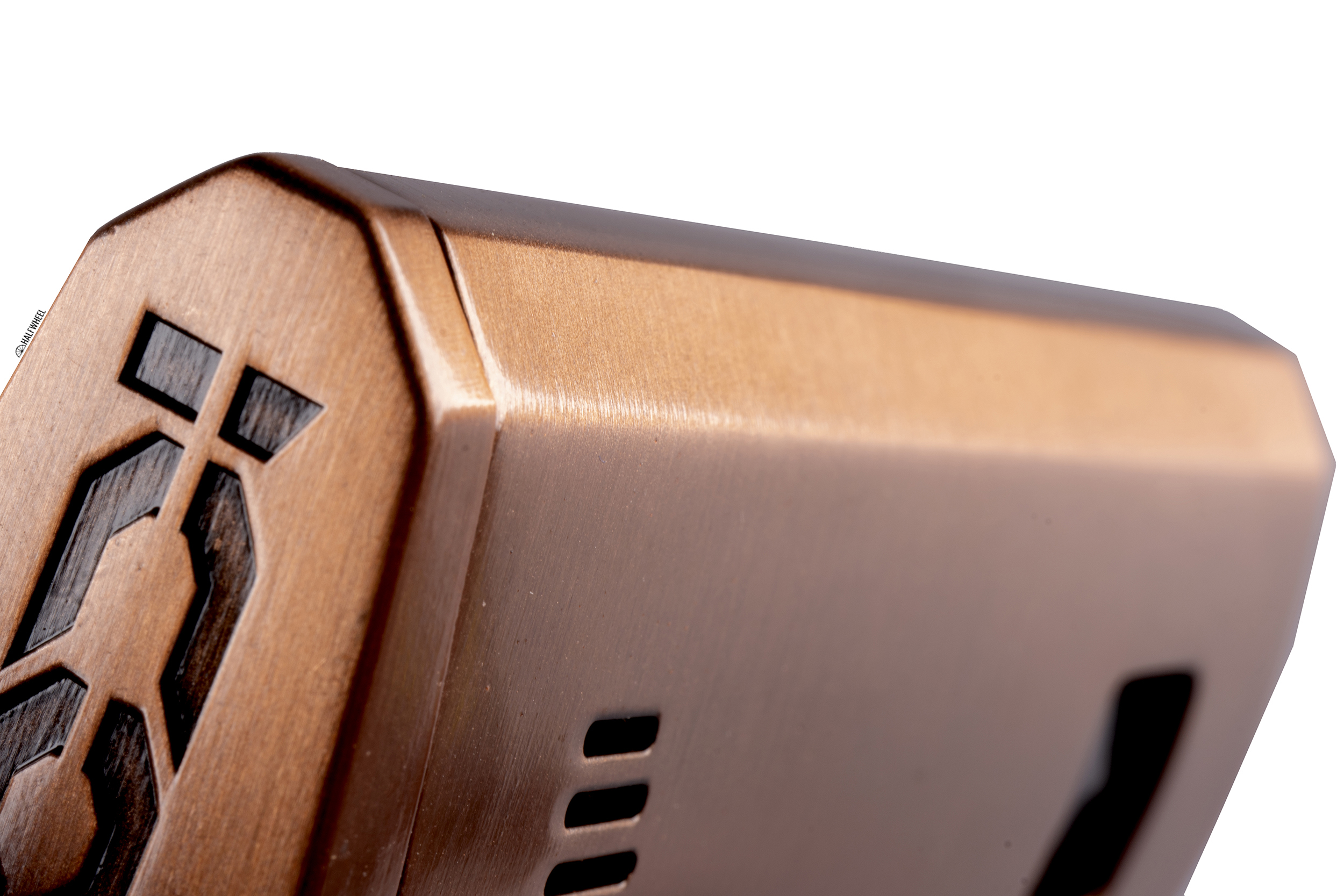 The Vector ICON IV is a lighter that offers a wide flat flame, one of the most recent entries into a growing subsegment of the flat flame category that seems geared towards those who smoke thinker cigars or just want a bit more firepower from a flat flame. The lighter measures 3 1/4 inches x 1 1/2 x 5/8 and weighs about 3.8 ounces, giving it a good presence in the hand without being overly bulky.

It’s offered in eight color options: gunmetal satin, black matte, black crackle matte, sparkle blue, sparkle black, red lacquer, prizm, copper satin. The company offers a no-proof warranty policy, meaning you don’t have to send proof of purchase to have it serviced, though the customer is responsible for paying for the shipping.

To use the Vector ICON IV, you first flip up the lid, which starts the flow of butane, then touch the panel on the front of the lighter to provide a series of sparks that gets that butane burning. Once that is done, you have a thin, wide flame with which to light a cigar, and you don’t have to continue touching the panel in order to keep the flame going. When done, simply flip the lid down to cease the flow of butane and extinguish the lighter. 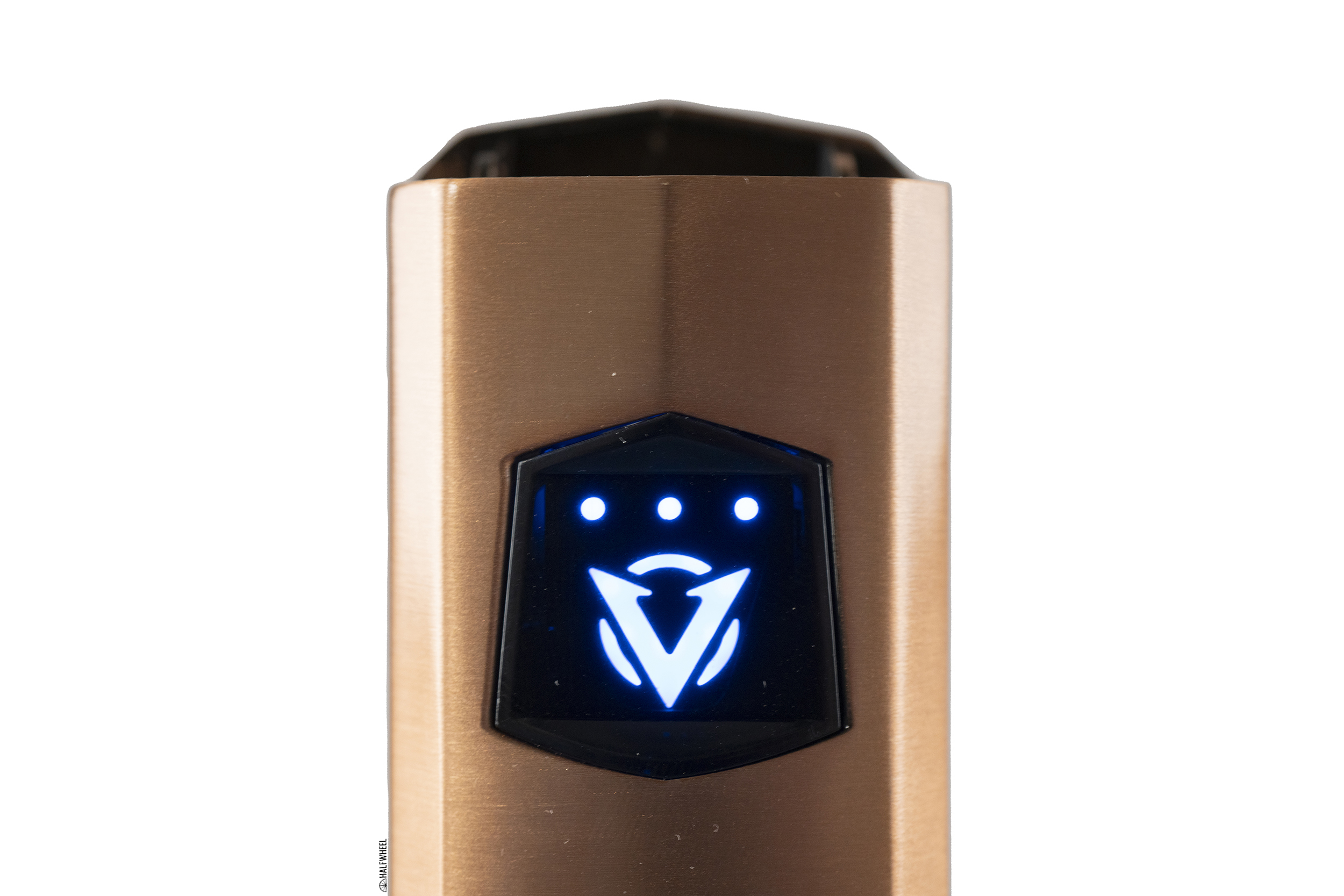 There are a few things that make the Vector ICON IV notable: first, the wide flat flame makes it notable since it is one a handful of options in this small but growing segment of the lighter market. Second, the touch panel is notable, as it is found on only a handful of lighters, most of which come from Vector-KGM. That touch-sensitive screen is tied into a USB-powered, rechargeable battery, which isn’t found on many lighters, either. Finally, it is one of the lowest-priced options in the wide flat flame segment. 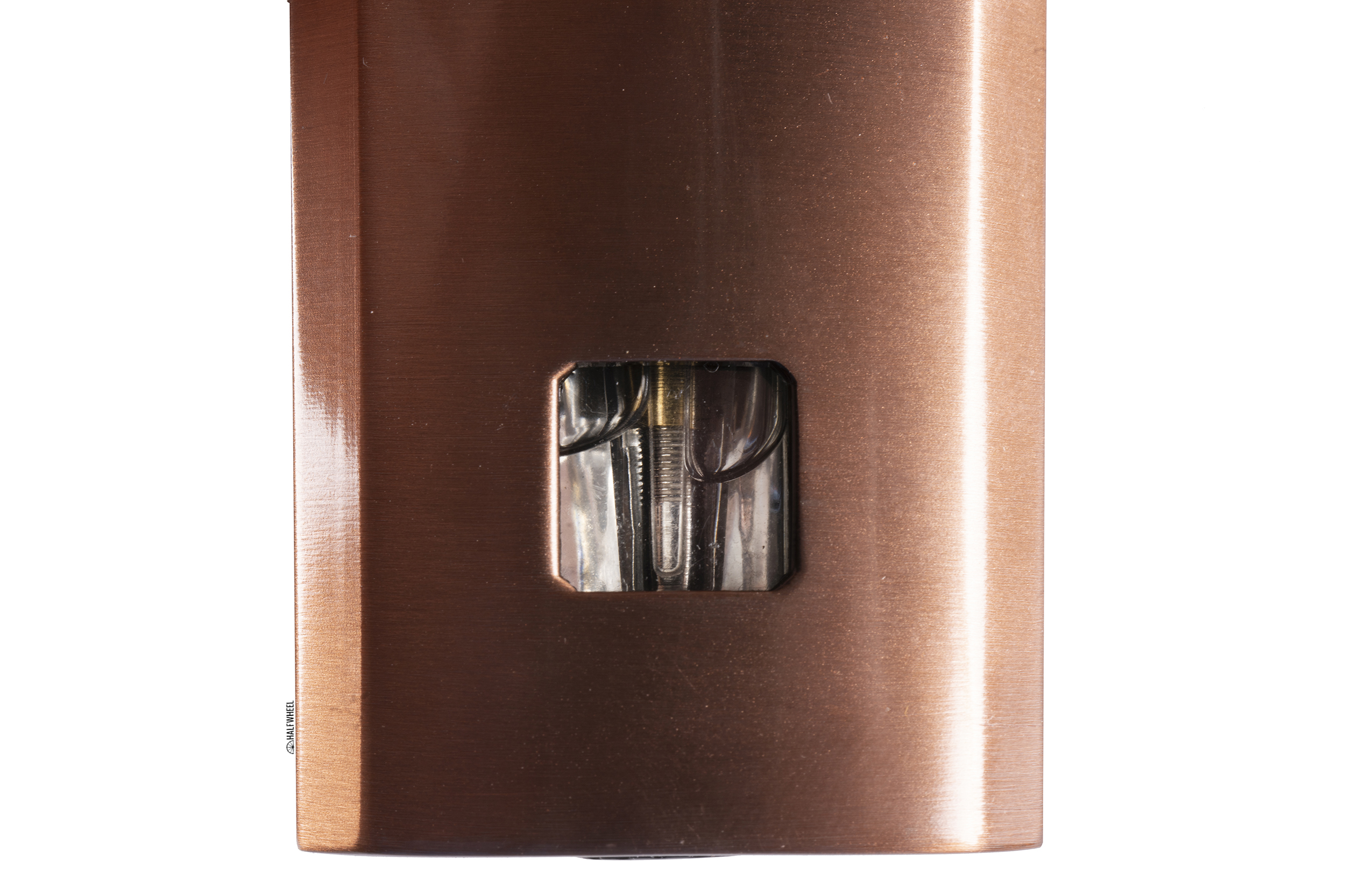 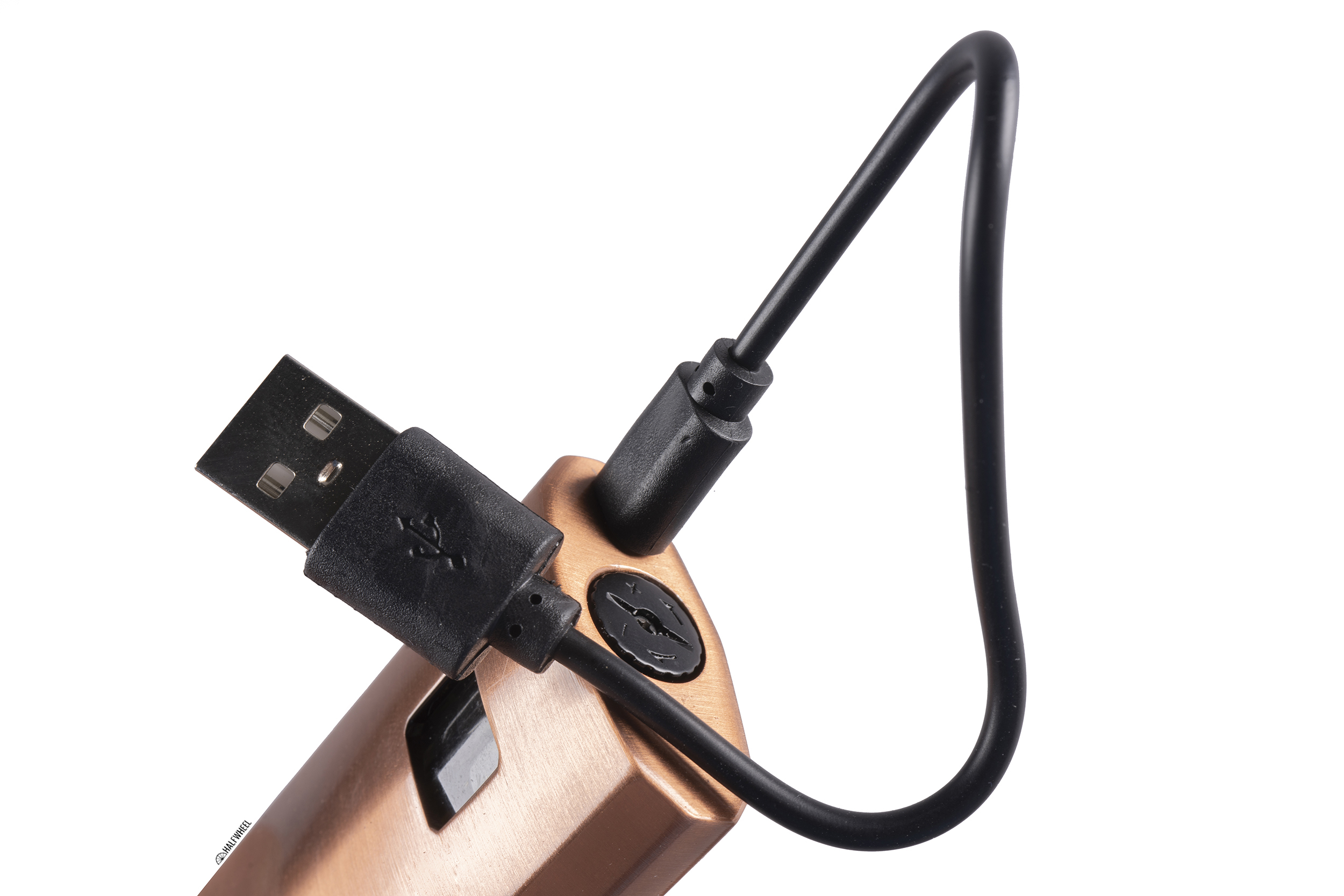 Not that long ago it would have been hard to find any competitors to the Vector ICON IV, now there are several, at a growing number of price points and with some features unique to each option. 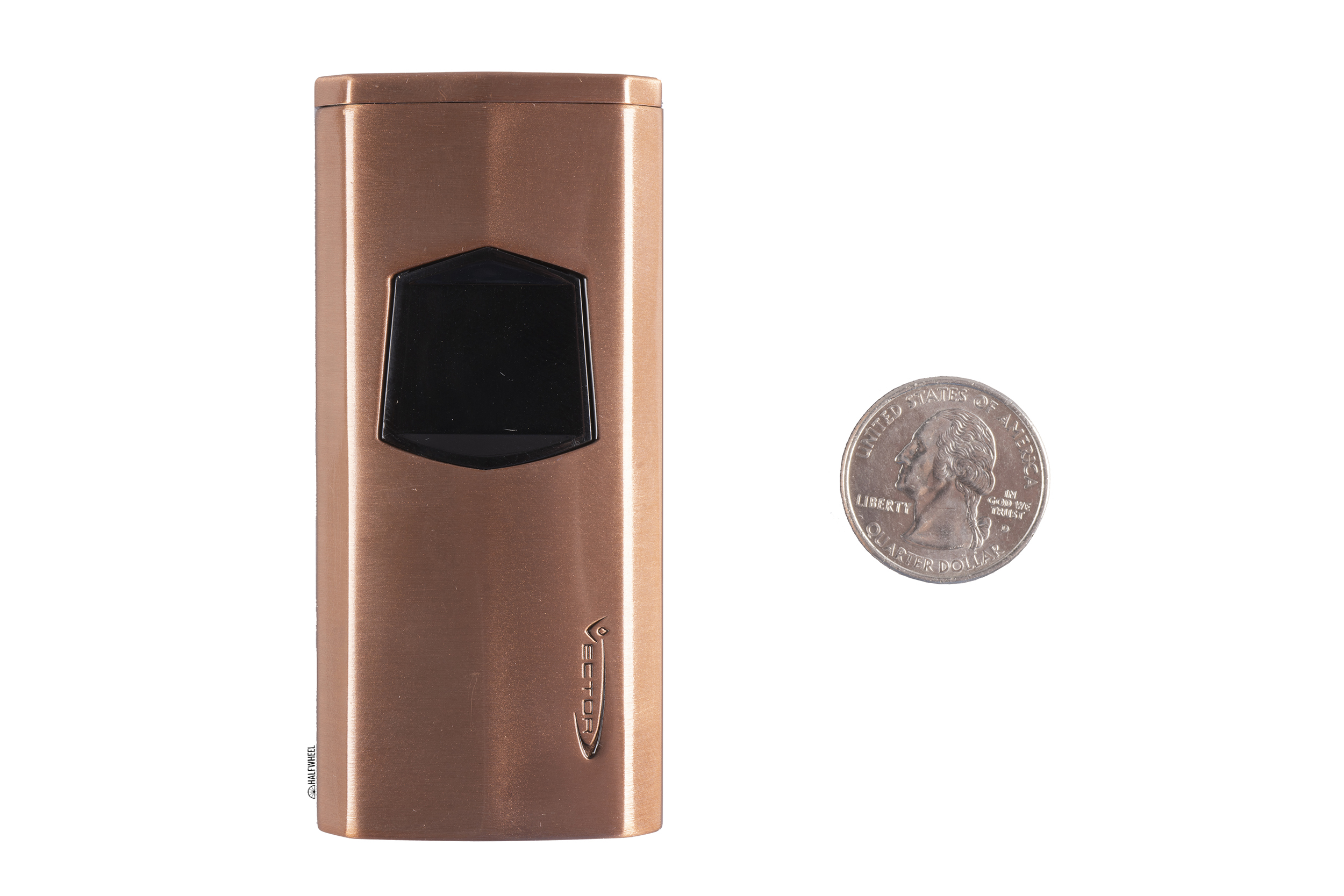 While I have been known to rail against many lighters being overpowered for the cigars they are tasked with lighting, this one feels a bit underpowered, which is surprising given my experience with other wide, flat flame options. And that’s not in the quaint way that a match might be considered underpowered. For some reason, the way that the Vector ICON IV spreads out its flame results in it feeling really thin, meaning it takes longer to light a cigar. This in turn means the body of the lighter gets quite hot in the process. The ignition is a mixed bag for me, as it works great as long as there is a charge in the battery, so that added responsibility should be a consideration. If this put out just a bit heartier of a flame—and more than what is achievable by simply turning up the flame adjuster—it would be much closer to getting a recommendation, as I have to think it would negate the corresponding heat issue. Overall, this is a good, usable lighter with some notable drawbacks and things to consider before buying.