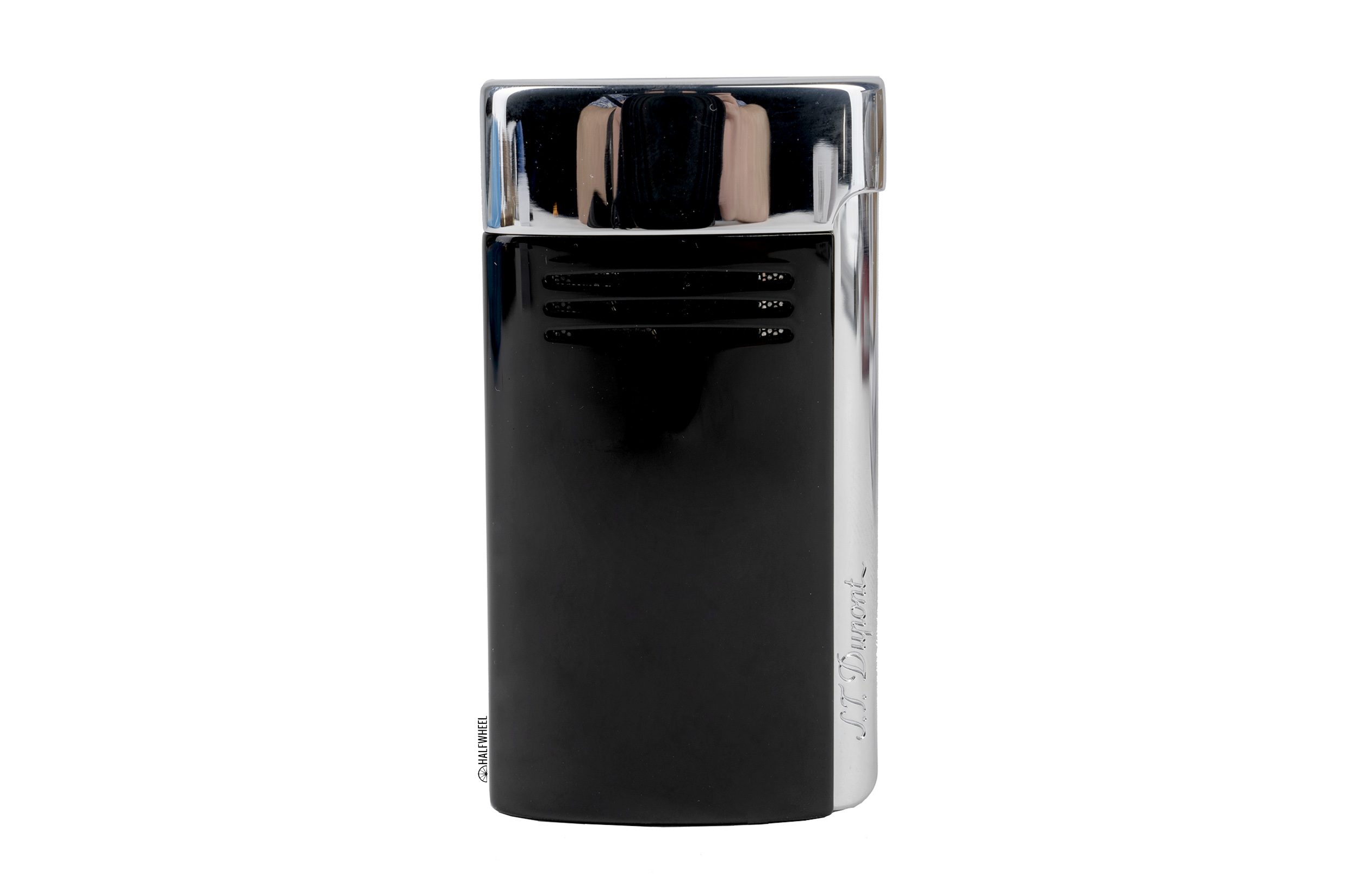 It seems like it wasn’t all that long ago that I had been tasked with reviewing a flat flame lighter and struggled to come up with an adequate list of competitors against which to compare it. Now, I find myself having to leave a few competitors off that list as it seems that more than half of the manufacturers of cigar lighters now offer the design and at a wider range of price points. Some even offer multiple options for flat flames, as S.T.Dupont does.

First, it’s worth understanding the design and intent of a flat flame cigar lighter. As opposed to a typical jet torch lighter which produces a compact and focused flame, a flat flame spreads that flame out into a wider, spade-like shape. This spreads the heat out over a wider area and in theory allows for a more even toasting of the foot of a cigar. It can also make a single flame torch lighter more efficient when it comes to butane consumption, since the more focused flame of a jet torch is often more than any cigar needs to be lit.

It’s something I often compare to using a wide, flat paint brush as opposed to a round, pointed tip brush.

However, if there has been one seeming issue with flat flame lighters up to this point is that they are still somewhat under matched for larger ring gauge cigars, or those that use heavier tobaccos and thus take a bit longer to light. I will say it’s a complaint that I have not generally voiced, though I can understand the sentiment.

S.T.Dupont seeks to address that issue with its latest lighter, the Megajet, which offers a significantly wider flat flame option than what is currently on the market. To do this, it routes the butane through 10 very small openings, which produces a flame that is approximately 2cm (0.79 inches) wide. 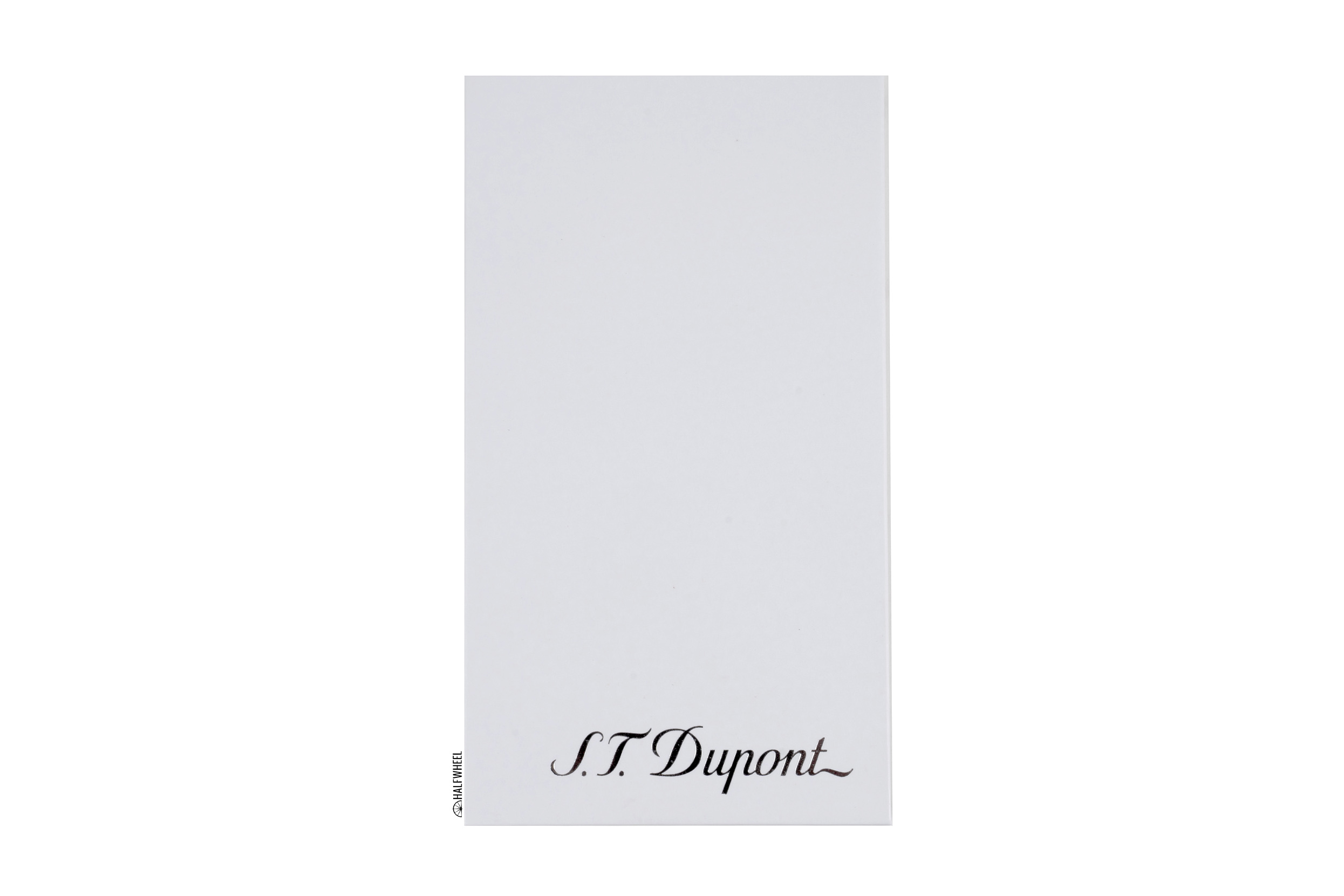 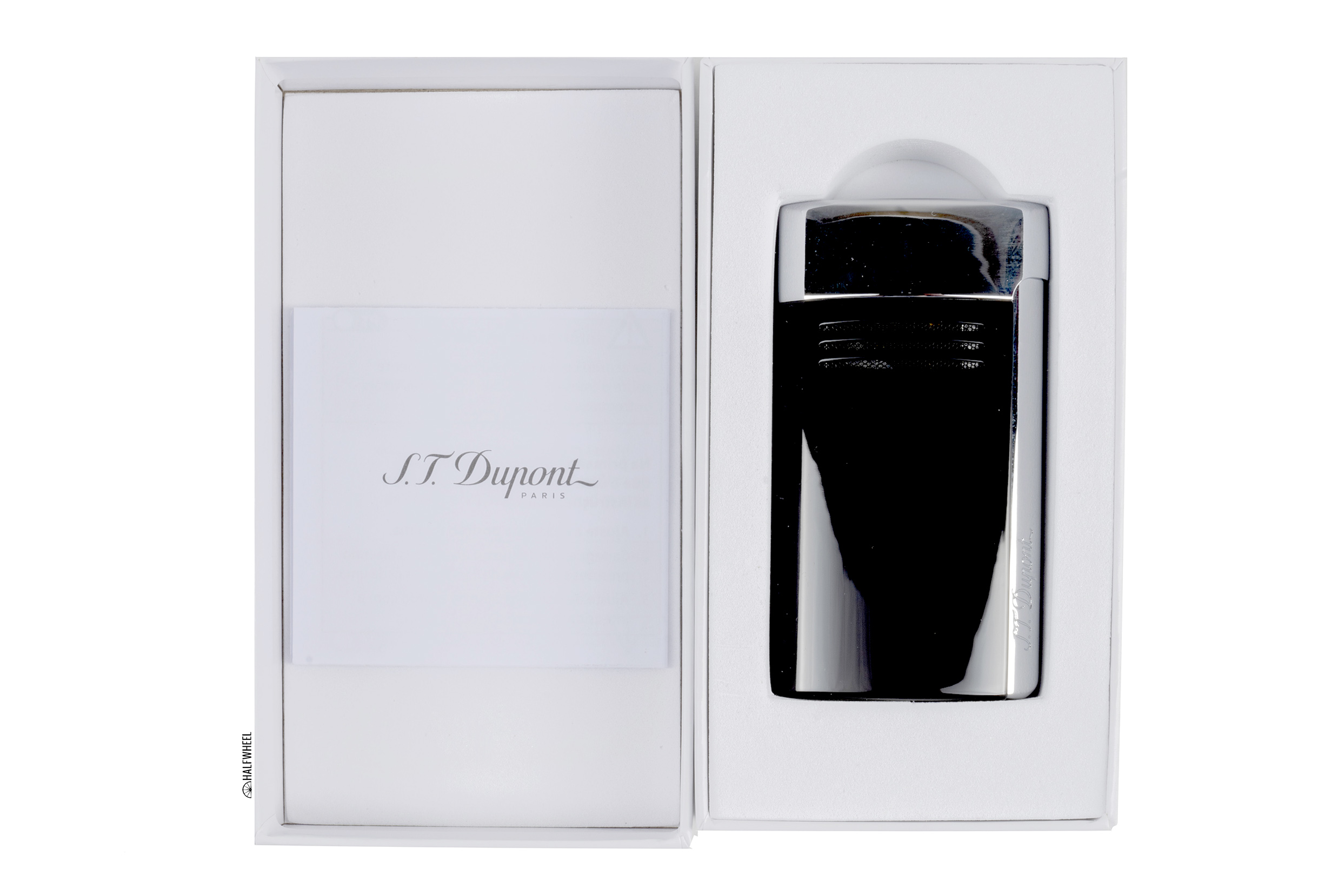 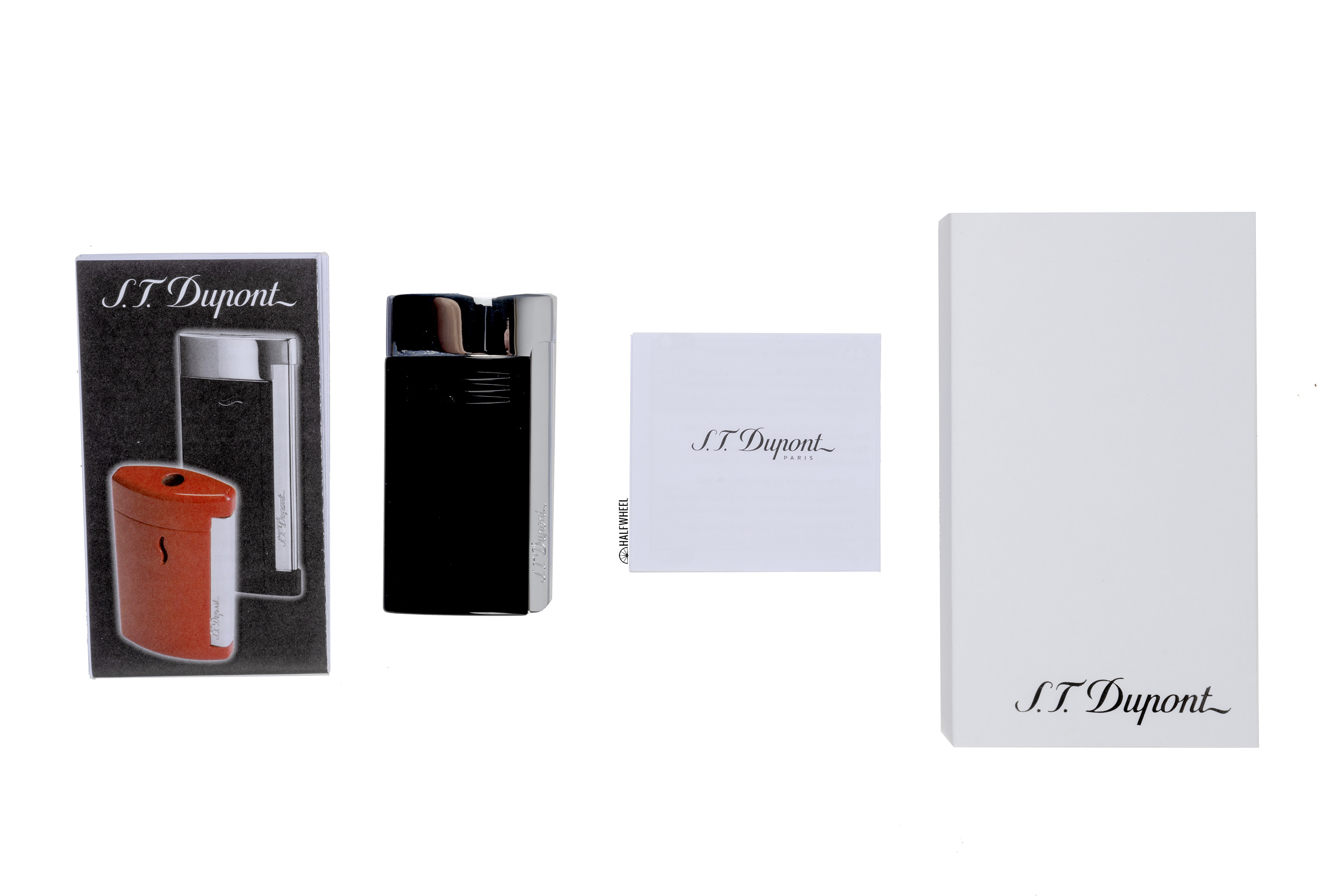 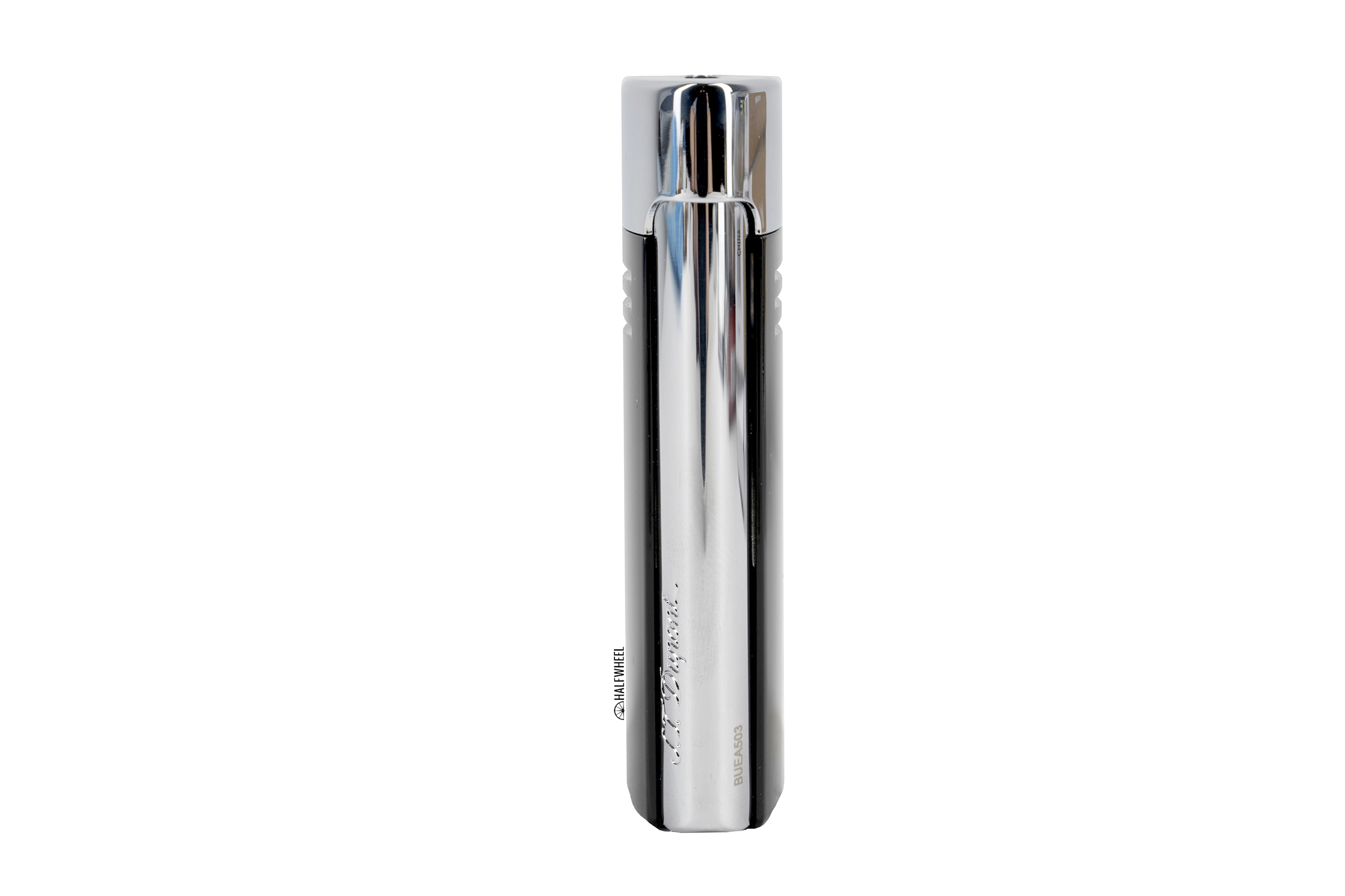 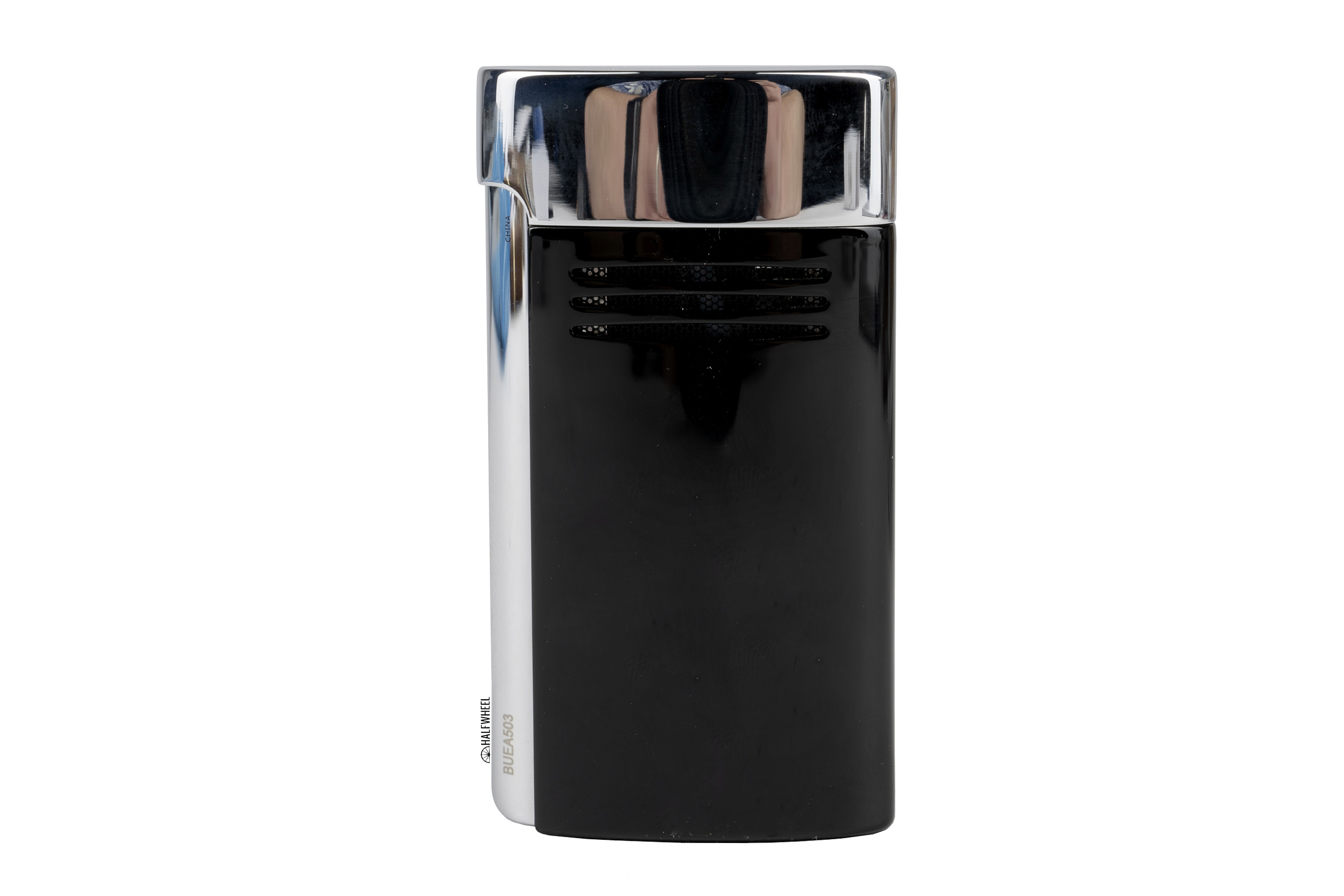 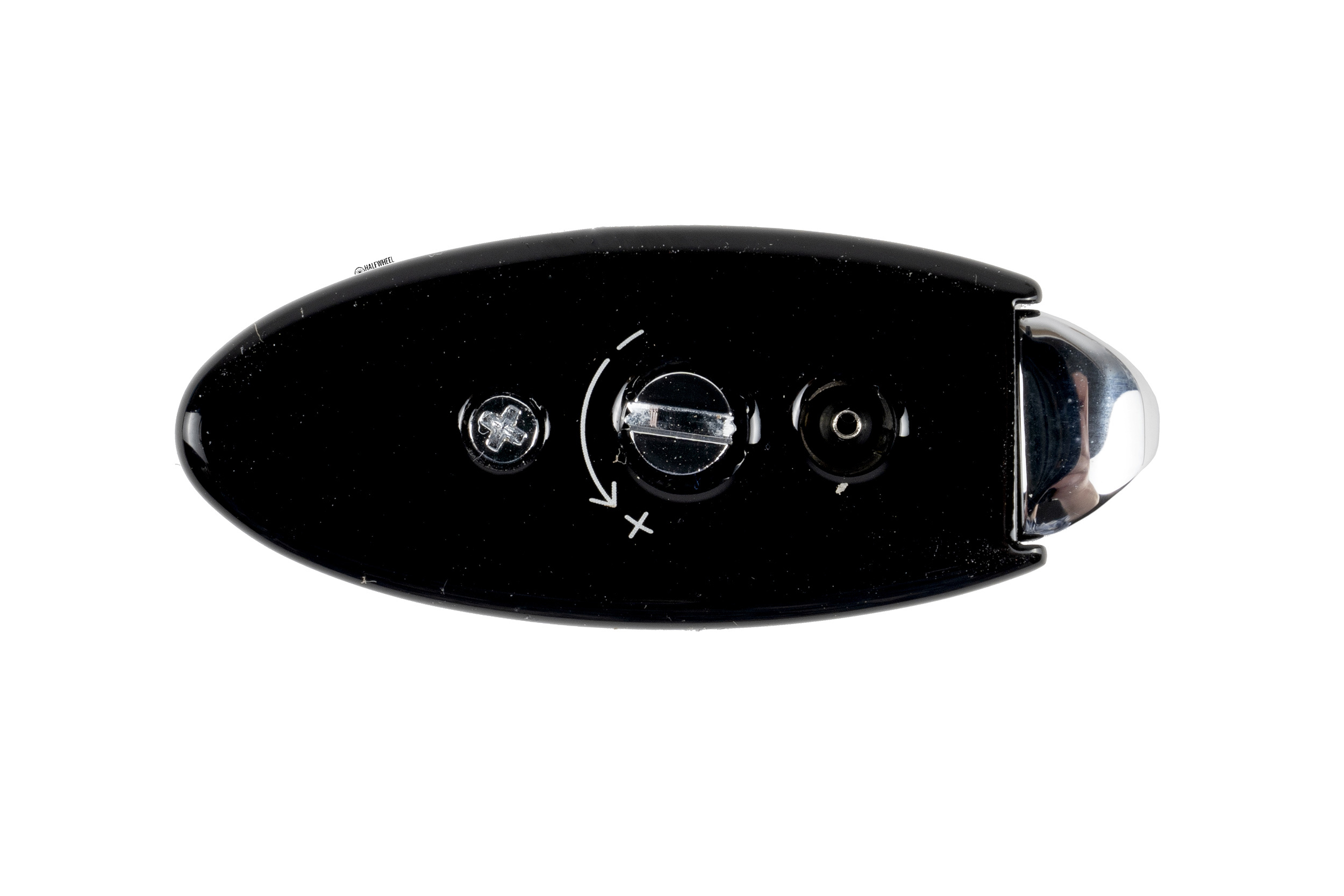 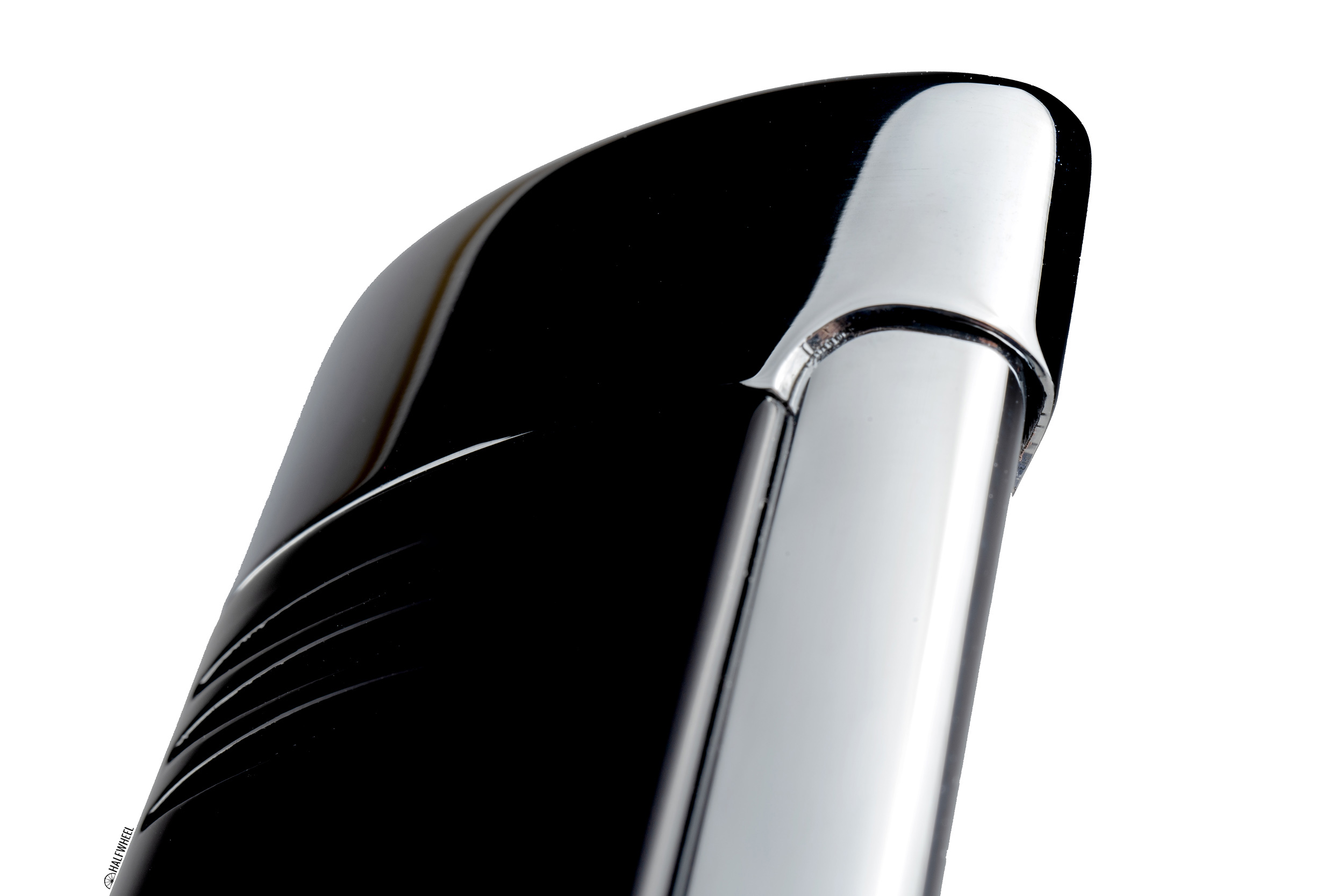 The Megajet is the latest in a line of torch lighters from S.T.Dupont, joining the Minijet and Maxijet in sharing its naming convention. But in terms of functionality, it is most like the Slim 7 in that it is a flat flame lighter.

However, while the Slim 7 is known for being a thin lighter that happens to offer a flat flame, the Megajet is putting that flame front and center while also being a good bit bigger. Even with the wider opening, it is still very much a pocket lighter, measuring 2.87 inches wide by 1.57 inches tall and .63inches  thick, or 73mm x 40mm x 16mm.

It weighs 103g (3.63 oz), putting it right in line with other pocket lighters, though more than twice as heavy as the Slim 7, which weighs just 45g. While the Megajet won’t disappear into your pocket like the Slim 7, it won’t be a nuisance, either. Similarly if putting it in a travel humidor; it’s about as wide as the five-count box I generally use, which means I can’t bring any Churchills or corona dobles, but it leaves plenty of room for robustos, toros and coronas.

The S.T. Dupont Megajet is a straightforward, side squeeze lighter. Simply wrap your fingers around the body of the lighter and you’ll likely use your thumb to squeeze in the ignition lever. That gets the butane flowing and provides the spark to ignite the fuel, resulting in a w-shaped flat flame with which to light your cigar. 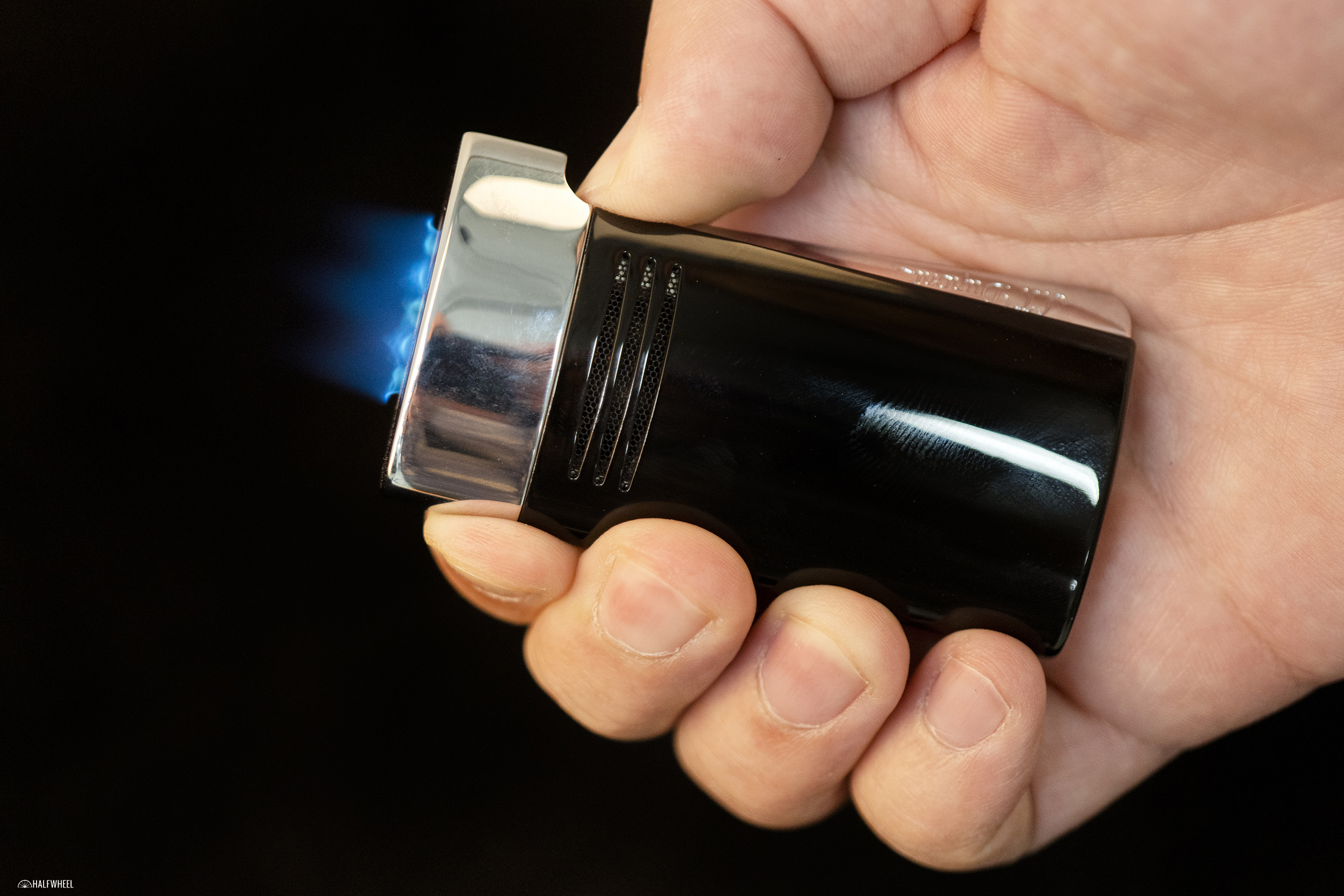 The 2cm wide flame is far and away the biggest selling point of the S.T.Dupont Megajet, as it is not only the biggest that the company has produced thus far but likely the largest flat flame among lighters geared towards premium cigars. 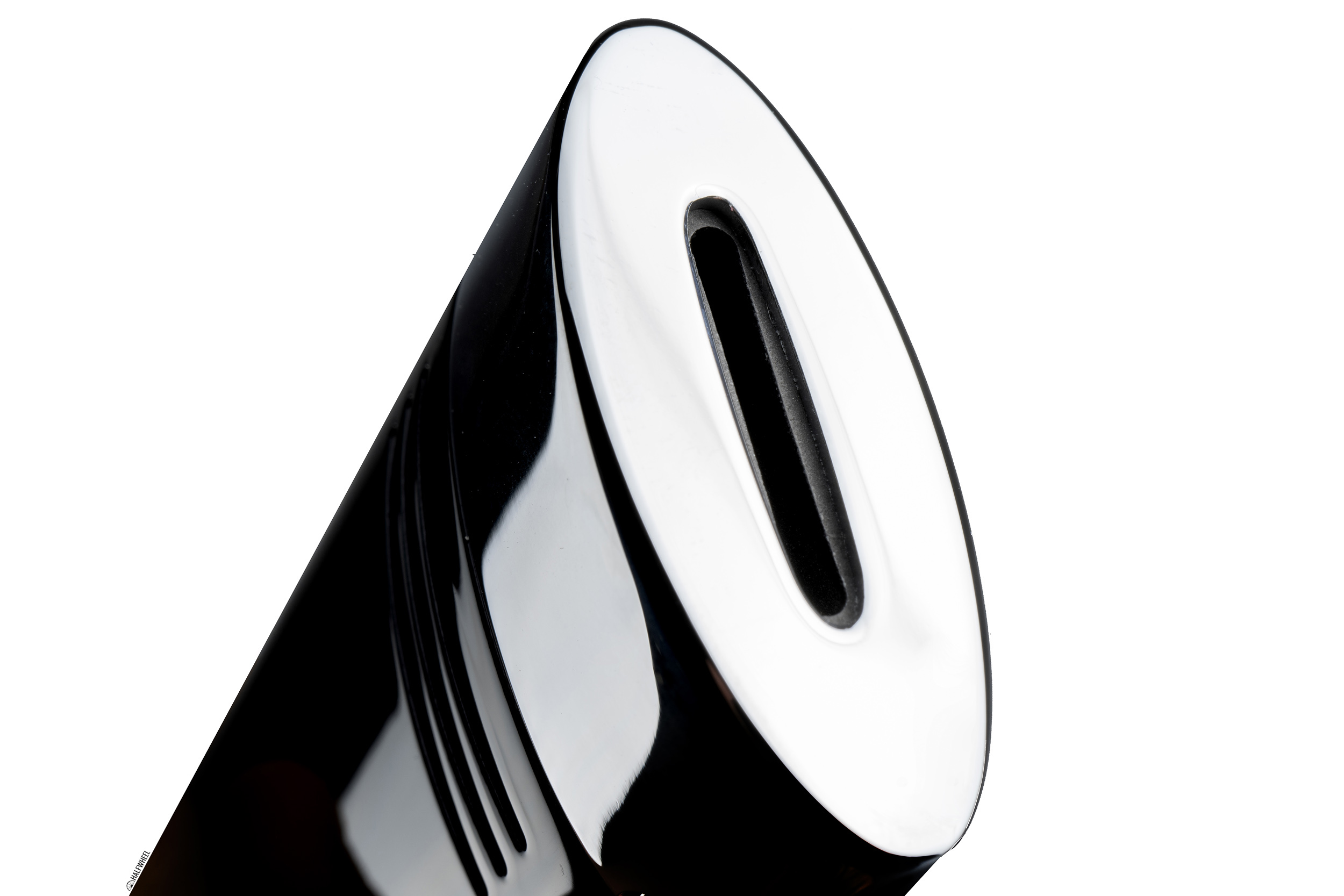 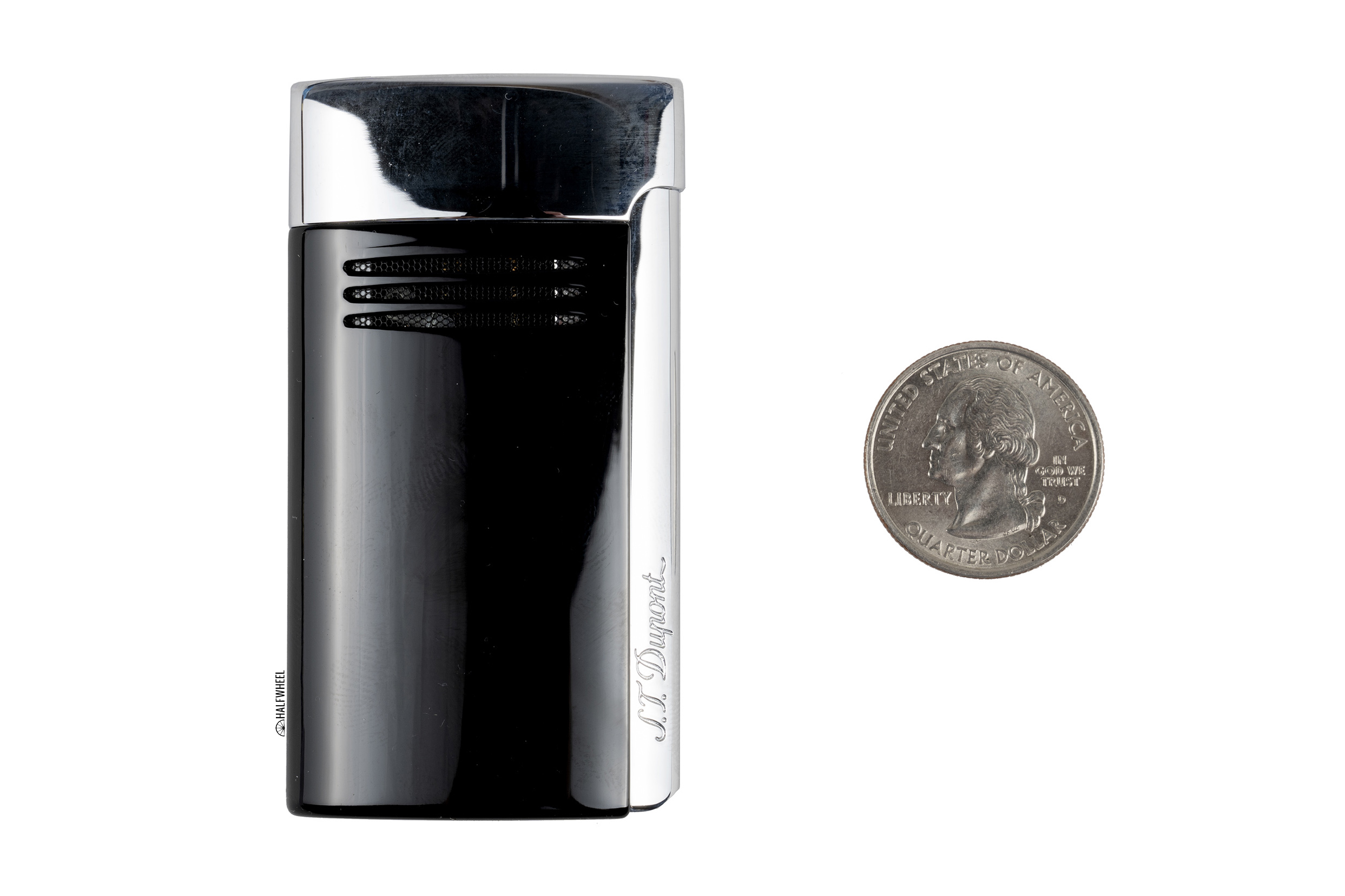 No. At least, not yet. While I think the concept of the S.T.Dupont Megajet—or any larger flat flame—has some real merit, the issue with the flame continuing to burn after the ignition has been released seems like a design flaw or manufacturing issue that needs to be addressed before I can recommend this. Were that not an issue, I’d almost certainly be inclined to recommend this. I do wish there was a fuel window, even though I know they are not a consistent feature on S.T.Dupont lighters, but that could be overlooked due to the merits of the flame, even if it could be seen as a bit wide. While I’m holding off recommending the Megajet for now, I’m definitely keeping an optimistic eye to a second iteration that might resolve the flame issue, as a better performing version would be a welcomed addition to my lighter rotation.