When thinking about the stories and reviews featuring Tatuaje’s recently released cigars that have appeared on this site in recent memory, it’s easy to think that the company makes primarily limited editions or expensive cigars. There were the reviews of the ultra-premium Clos L’Église and Gran Tatuaje; news that the MBS FK, the newest addition to the Monster Series, was shipping; a TAA release, a rereleased single store exclusive that has since gone national; a new regular production sizes for the Black Label line; and a limited edition to help raise money for Cigar Rights of America.

Then, at the end of January 2020, there was the announcement that there would be a new size added to the Tatuaje Series P Miami line, the P3 Short Robusto.

While I don’t know Tatuaje’s sales numbers, nor what sells best in its catalog of more than 20 lines, not counting limited editions, I would guess that the Series P might not be the best known in the bunch.

The Series P was created in 2006, and it is worth acknowledging that there are two Series P lines, one made in Nicaragua, and one made in Miami, or now Doral if we’re being particular. The idea is basically the same: make a cigar that uses the same Ecuadorian habano wrappers that are found on the Tatuaje Brown Label, or Seleccion de Cazadro line, a dual binder of Nicaraguan tobacco, and a Nicaraguan mixed filler made from the remnants of the Tatuaje Brown Label tobaccos. There are also some aesthetic differences: the Nicaraguan-made version wears a white band with red printing while the Miami-made version has no band, and it has a slightly pointed head and a covered foot.

The Tatuaje Series P Miami P3 Short Robusto is a 4 x 50 made at the El Rey de los Habanos factory in Doral, Fla. As its name might imply, it is the third size in the line:

After delays due to the COVID-19 pandemic, Tatuaje began shipping the first boxes of the Tatuaje Series P Miami P3 Short Robusto to retailers in late April 2019. 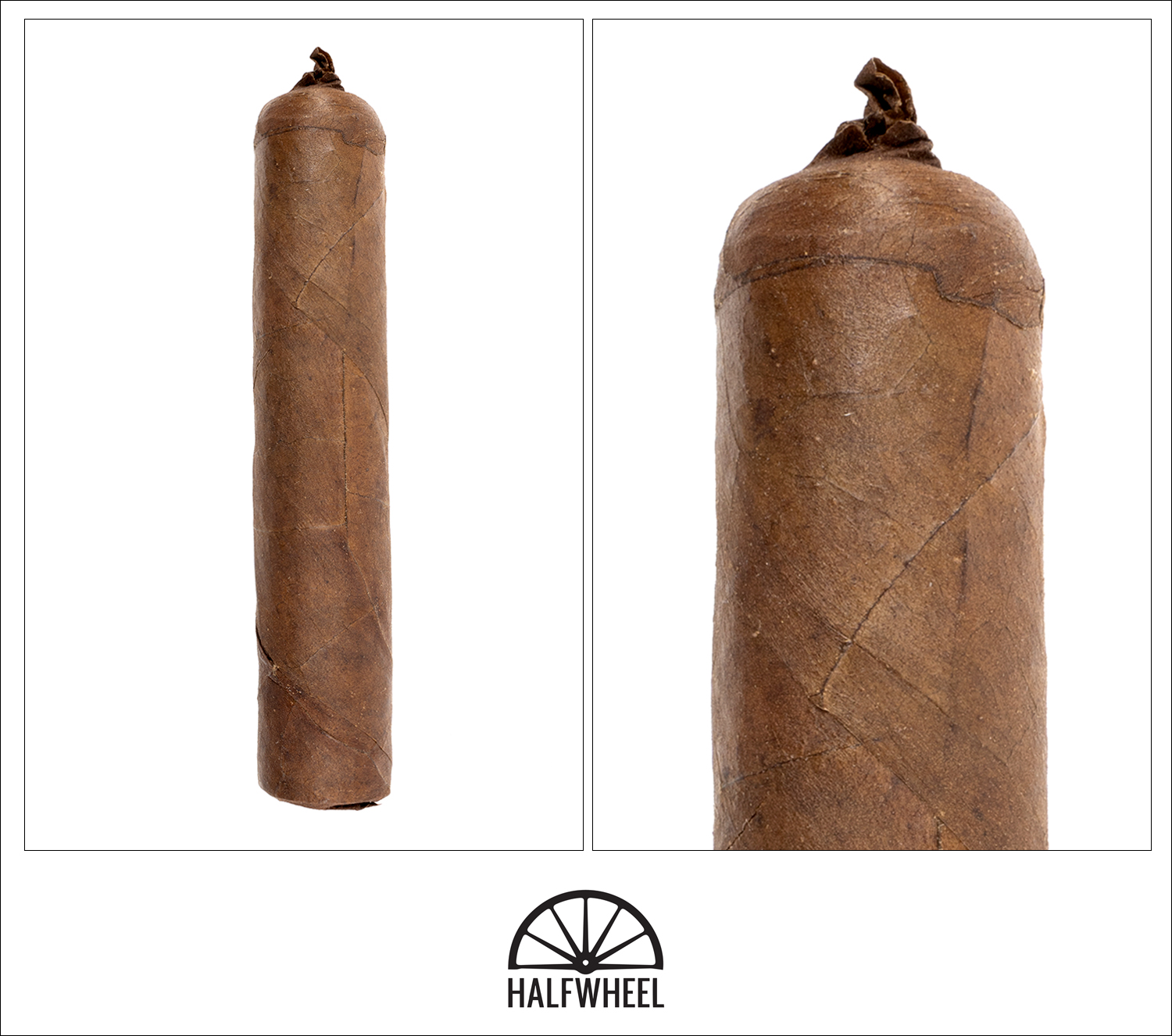 The Tatuaje Series P Miami P3 Short Robusto comes unbanded but with two noticeable distinguishing attributes: a covered foot and a cap that has a bit of a crown on it. It’s not a pigtail or bun, but rather an interesting little twist in the leaf that produces a nipple-shaped bump. The leaf itself is just a bit darker than medium brown, and on one sample there’s a bit of variation that makes the foot look lighter and a bit drier than the upper part. There’s enough variance to reveal the seams, with some decent veins and various amounts of tooth, though there is always some. While it doesn’t appear oily, running my fingers over the leaf reveals a smooth, slightly buttery feel. The roll feels Cubanesque, a word I’m not fond of but one that describes the firm yet slightly spongey density, even if the core feels fairly firm. The wrapper reminds me of mixed nuts, while the foot of the cigar provides a rather neutral aroma, offering a challenge to figure out if it reminds me of breads, nuts or woods depending on the particular sample and occasionally the specific sniff. The cold draw is definitely offering notes of breads, generally wheat but exploring other styles as well. There’s also a bit of generic sweetness but no appreciable pepper.

A beefy lighter makes quick work of the covered foot and the Tatuaje Series P Miami P3 Short Robusto starts with a big, soft smoke on the palate that has both breads and very subtle woods developing in the first 10 minutes or so. Early retrohales have an enjoyable combination of light wood and white pepper, which gives some hints at building body and physical sensation. As the burn line progresses, I’m intrigued by the density of the ash, or more accurately, that it appears a bit less dense than other cigars. By the one-inch mark, the flavor has brought in a bit of black pepper, and while it’s still in a support role, it is making its presence increasingly known. As the first third begins to wrap up, there’s a bit of dry earth coming in, which dries out the flavor and the palate just a bit. Flavor is medium and moving up, body is medium-plus, and strength is medium. The technical aspects have been beautiful, with an even burn line, smooth draw and good amounts of smoke.

While the Tatuaje Series P Miami P3 Short Robusto seemed to be building up in body and flavor coming out of the first third, it doesn’t continue that trend as linearly as I would have expected in the second third. Both characteristics level off a bit, finding a pretty solid medium-plus that blends earth and pepper that  is enjoyable and familiar, if a bit dry. The overall profile is also easy on the senses, something that is always welcome. Retrohales begin to pick up more white pepper than previously, which adds some depth and complexity to the overall experience. The second third closes with a bit more pepper and the profile just a bit drier, just enough to notice. The technical performance is still very good, with nothing getting in the way of an easy smoking experience. At just four inches in length, the burn line moves up the cigar fairly quickly, transitioning through its thirds with what feel like a quick burst of acceleration before leveling off. The flavor takes a more pronounced step forward in the final inch, not necessarily changing flavors but dialing them all up a tick, which brings the flavor to full, strength to medium-plus and body, the least affected, sitting at medium-full. Only in the final inch does the cigar get a bit hot and sharp, seemingly a punishment for trying to smoke every puff this cigar has to offer. There’s still nothing to complain about with the construction other than the occasional clump of ash falling off. One of the more rewarding parts of this job is discovering cigars that I've likely walked by a few times when perusing my local retailers' humidors. Such is the case with the Tatuaje Series P Miami P3 Short Robusto, a cigar that I would probably pass right by on most occasions in favor of something a bit more premium, for lack of a better word. Yet this little cigar offers plenty of flavor, balance and complexity, and certainly more than a lot of other cigars I have smoked that come with more premium price tags. After three samples, there isn't much I can complain about when it comes to this cigar; it might not be the most dynamic profile, but it didn't disappoint me or leave me wanting for much more out of it. This is a very pleasant and enjoyable cigar that delivers a lot of flavor in not a lot of time and for not a lot of money.