As part of its efforts to raise money to fight anti-cigar legislation and regulations from the U.S. Food & Drug Administration (FDA), the key manufacturers of Cigar Rights of America have released samplers over the years. Typically those samplers have included one cigar from each of the companies, oftentimes a flagship release for each respective company.

Last year, the CRA Freedom Sampler was released containing 10 cigars, including two cigars that had never been released before. 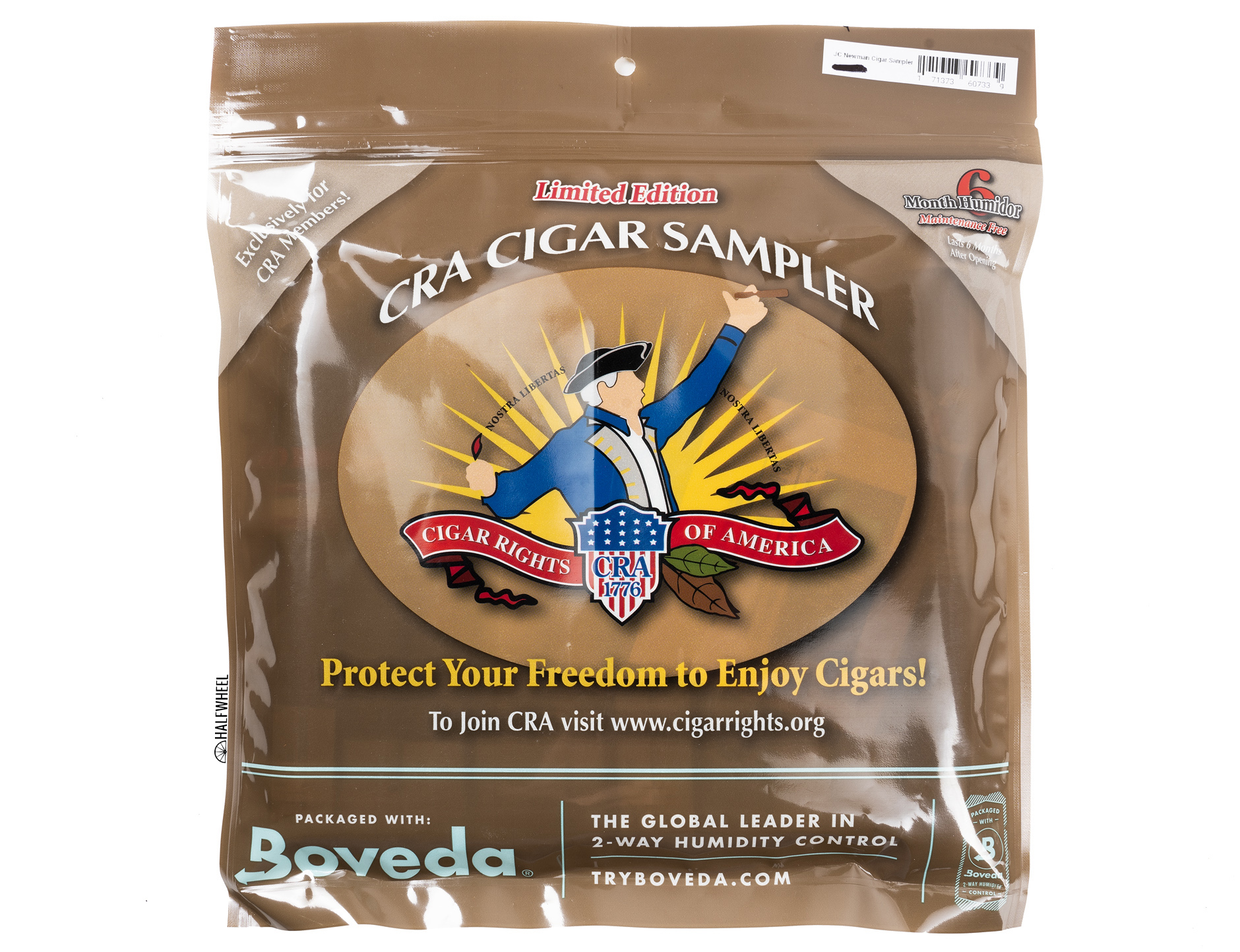 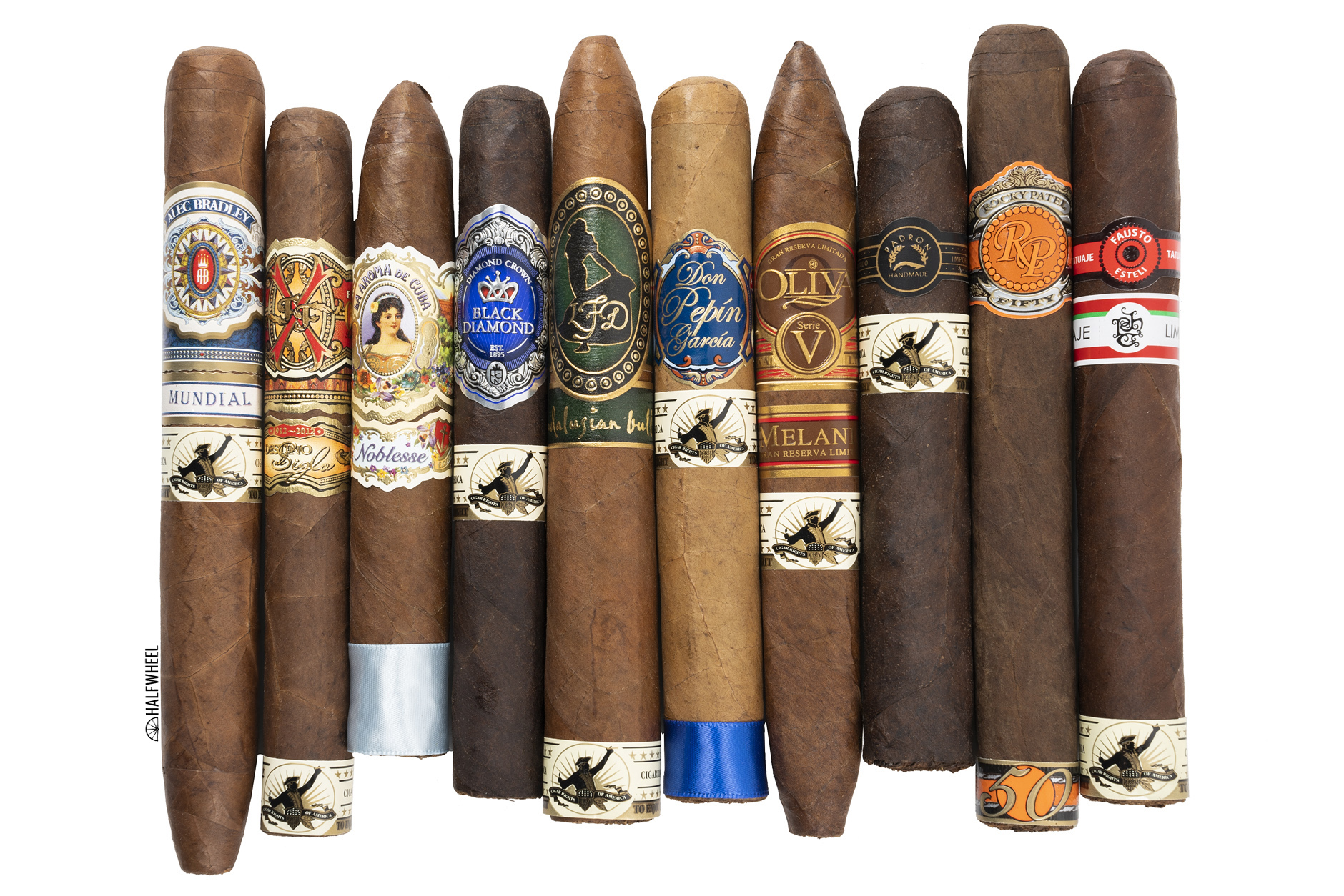 One of them is the Tatuaje Fausto Limited SA, a 6 x 52 toro that is a modified version of the Fausto line, whose roots trace back to 2009 when the company released the Tatuaje T110 as a single store release for R. Field Wine Co. in Hawaii. That cigar was a limited edition, noted for its dark wrapper and strong profile. The blend reemerged in 2012 when Tatuaje announced that the T110 blend would come back in the form of a regular production line named Fausto.

That blend uses an Ecuadorian habano madero wrapper over a Nicaraguan binder and Nicaraguan fillers, but in 2017 Tatuaje decided to switch it up. The following year the company released the first of what is now two exclusives for Italy using a tweaked version of the Fausto base blend but with a Mexican San Andrés wrapper instead of the Ecuadorian leaf.

As the SA in the name hints at, the Tatuaje Fausto Limited SA also uses that same idea, though Pete Johnson of Tatuaje told halfwheel that the blend is not identical to the Italian releases. The Tatuaje Fausto Limited SA is rolled well. To be quite honest, I had somewhat forgotten that this is a different wrapper than the regular Fausto until halfway through the first cigar. The Mexican San Andrés wrapper is certainly different, but if I don’t inspect it and just glance at the cigar, it’s not glaringly different than the Fausto’s normal dark wrapper. Aroma from the wrapper is sweet, reminding me of strong Nicaraguan cigars of yesteryear, but to be quite honest, I’m not sure how much of the sensation I’m getting is from the wrapper and how much of it is just the overall mixture of smells that has been floating around the cellophane. The foot has a much fuller aroma with sweet cocoa, pralines, freshly cut mesquite wood and some graham cracker. Cold draws taste like the after effects of drinking a mocha Frappuccino: chocolate, creaminess and touches of less sweet flavors. Of note, the draw on one sample is quite open while the other two cigars are good.

Once the first bit of smoke hits my palate I am immediately reminded of Faustos before this. It’s very toasty with lots of earth and later, a a restrained amount of pepper—almost like a signature smell of a cigar shop. Pretty quickly, the flavors align more with the aromas: a semi sweet chocolate, a restrained amount of a very strong pepper and the familiar tastiness. Retrohales have cranberry, sourdough, a jalapeño pepper and some bread flavors that remind me of fluffy hamburger buns. Flavor is medium-full, body is medium and strength is medium-plus. Due the types of flavors that I am tasting, though not necessarily their intensity, I find the body to be a bit thin. Construction is great on all three cigars, though the ash is unable to hold on for much longer than a half inch and once it falls, the remaining ash ends up quite flaky. At some point the flavors of the Fausto Limited SA morph a bit, seemingly simultaneously. The red pepper increases, which certainly gives the impression that the flavor is becoming a bit less balanced, but a mesquite wood flavor emerges along with heavy doses of Wosertchire sauce. Retrohales are drier with a generic wood flavor, Cracker Jacks, cilantro and some white pepper. Flavor is medium-full, body is medium and strength is full. Two samples have great construction, though the ash is still a bit flakier than average, but one sample loses its ability to burn evenly. That, combined with the flaky ash, means that the table I’m sitting at is getting covered in random ash droppings.

The transition to the final third is much more obvious as it starts with a change in intensity. Everything more or less settles at medium-full, meaning I no longer find the body to be thin. In addition, the profile is now sweeter thanks to a combination of caramel and graham cracker. It’s not all sweet, there’s also a generic wood and some white pepper. At times retrohaling produces a cinnamon-like flavor, other times, it seems like I’m trying to inhale marijuana, at least when it comes to the flavor. Construction continues as it has been throughout most of the cigar: one sample continues to suffer from an even burn while the other two are burning well, albeit a bit flaky. I had admittedly forgotten about Fausto. The Tatuaje Fausto Limited SA reminded me of a blend that I enjoyed when it first came out. The origins of Fausto—Tatuaje’s legendary T110—was once probably the strongest cigar on the market, but in today’s world, this blend isn’t even the strongest thing I’ve smoked this month. This seems more like what an aged Fausto—maybe four or five years—should taste like. It's still got a bit of the edge when it comes to the aggressive flavors, but the body is no longer there. I'd be curious to not only smoke this side-by-side with a recent production Fausto, but also one with that kind of age on it.