The first time we saw The Mummy blend was not actually in the form of The Mummy. Instead, it was in the Little Monsters sampler a few months before the fifth version of the Monster Series formally debuted. The Mummy blend is back again, once again in smaller form, but this time in a slightly larger take of a corona gorda called simply Mummy, part of the Tatuaje Pudgy Monsters.

Last year, Pete Johnson of Tatuaje began talking about a project known as “fat little monsters,” a take on the 2012 Little Monster samplers, which was a take on the über popular Monster Series. Tatuaje’s origins with monsters dates back to October 2008 when the company released The Frank as part of its Monster Series. The plan was simple, cigars based off of monster characters from films with names, boxes and even some times blends paying homage to each monster’s respective personality. The series has become an annual occurrence, arguably the most anticipated and craze-filled cigar release of each year.

The suggested retail price for each 10-count box is $95. There will be 20,000 boxes, which began shipping in mid-June. Like the Little Monsters, the cigars are expected to be released in multiple shipments. 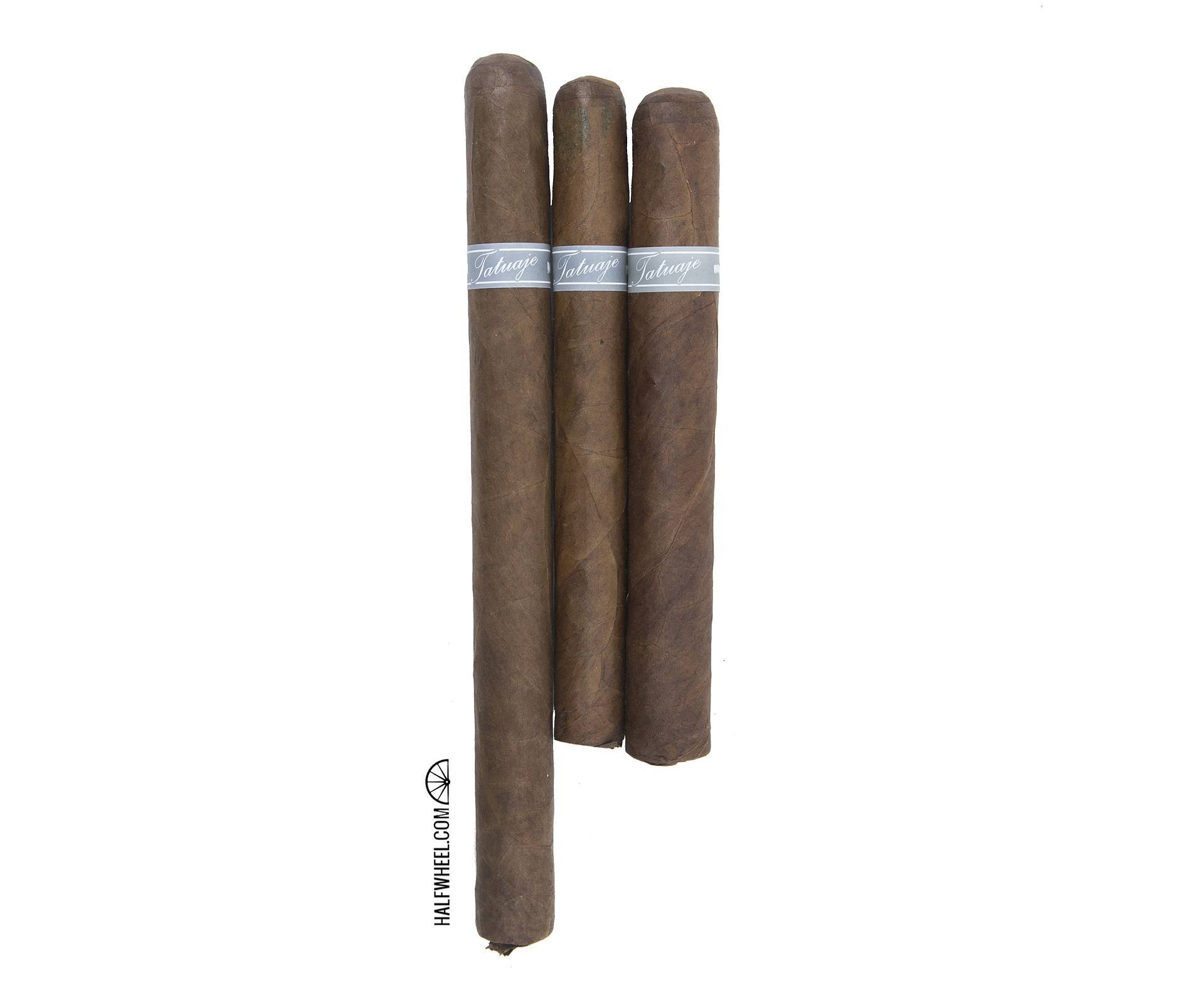 This is the third time The Mummy blend has been released. 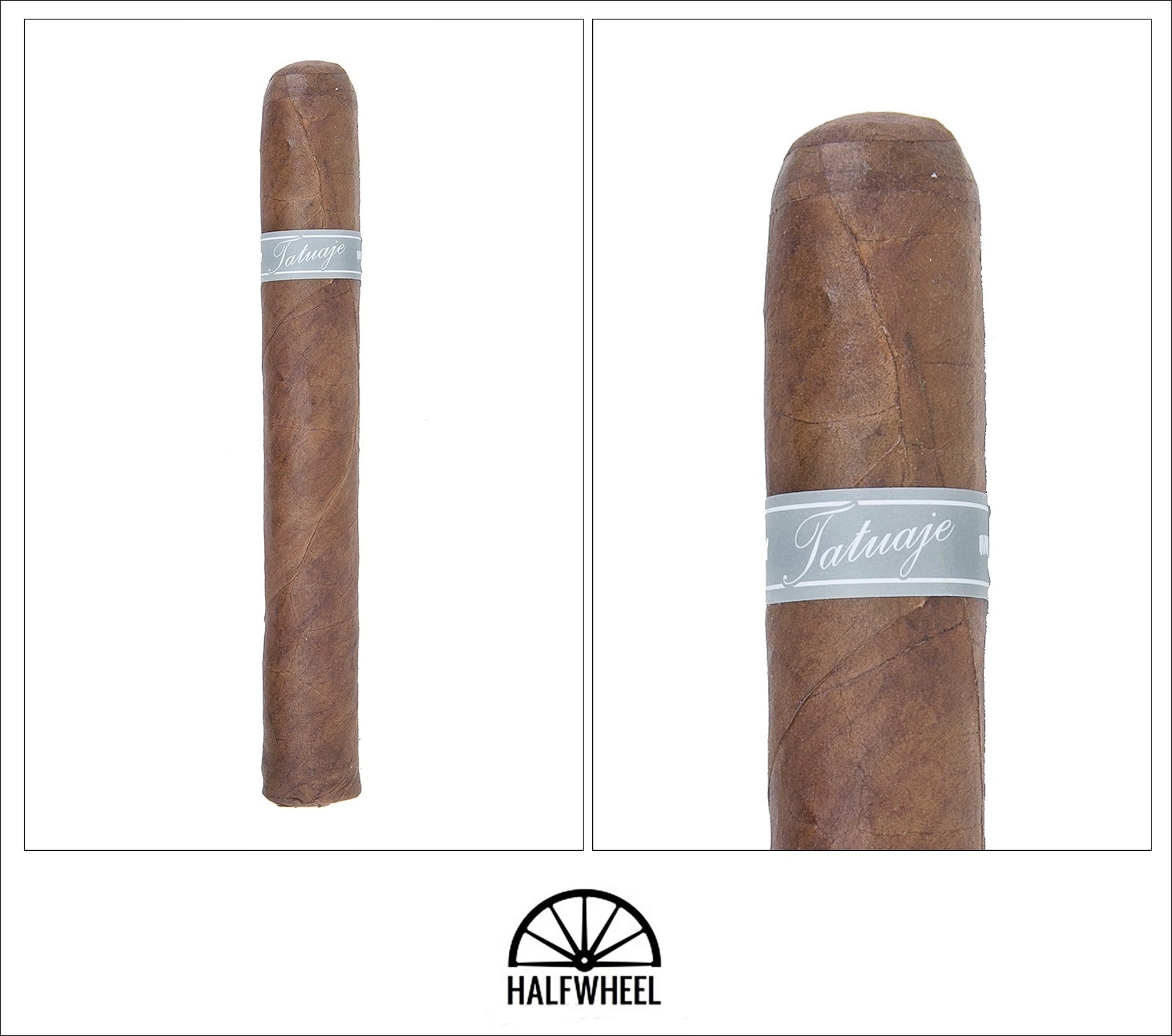 The wrapper of the Mummy isn’t perfect, as we’ve come to expect from the monster series, however it’s not as bad as you would think. Besides a few veins and a small rough section of seam towards the foot the wrapper, it is quite nice looking and has a soft, slightly bumpy and oily feel to it. There is some give through the middle of the cigar, not exactly what I would call soft spots but definitely a little more than I’d like to see. Sweet tobacco, some barnyard and a light leather note make up the aroma coming off the wrapper. The cold draw notes consist of light chocolate, graham cracker, a bit of spice and a touch of a peppery kick.

The first third begins with giant and cloying black pepper notes that hit me strong on the back of my tongue and in the back of my throat. After a few draws the black pepper fades enough to pick out some sweeter notes of cocoa, cedar and some leather. The cold draw was actually a bit tight with the covered foot, but once it burned away the draw opened up to an ideal level. The open draw also allows plenty of smoke that continues streaming out of the cigar long after the draw. Though the ash is holding quite strongly to over an inch it’s a touch flaky. An inch into the cigar the black pepper that was so dominant has almost completely faded away. The cedar, cocoa and leather continue with an added sweet dried fruit note. 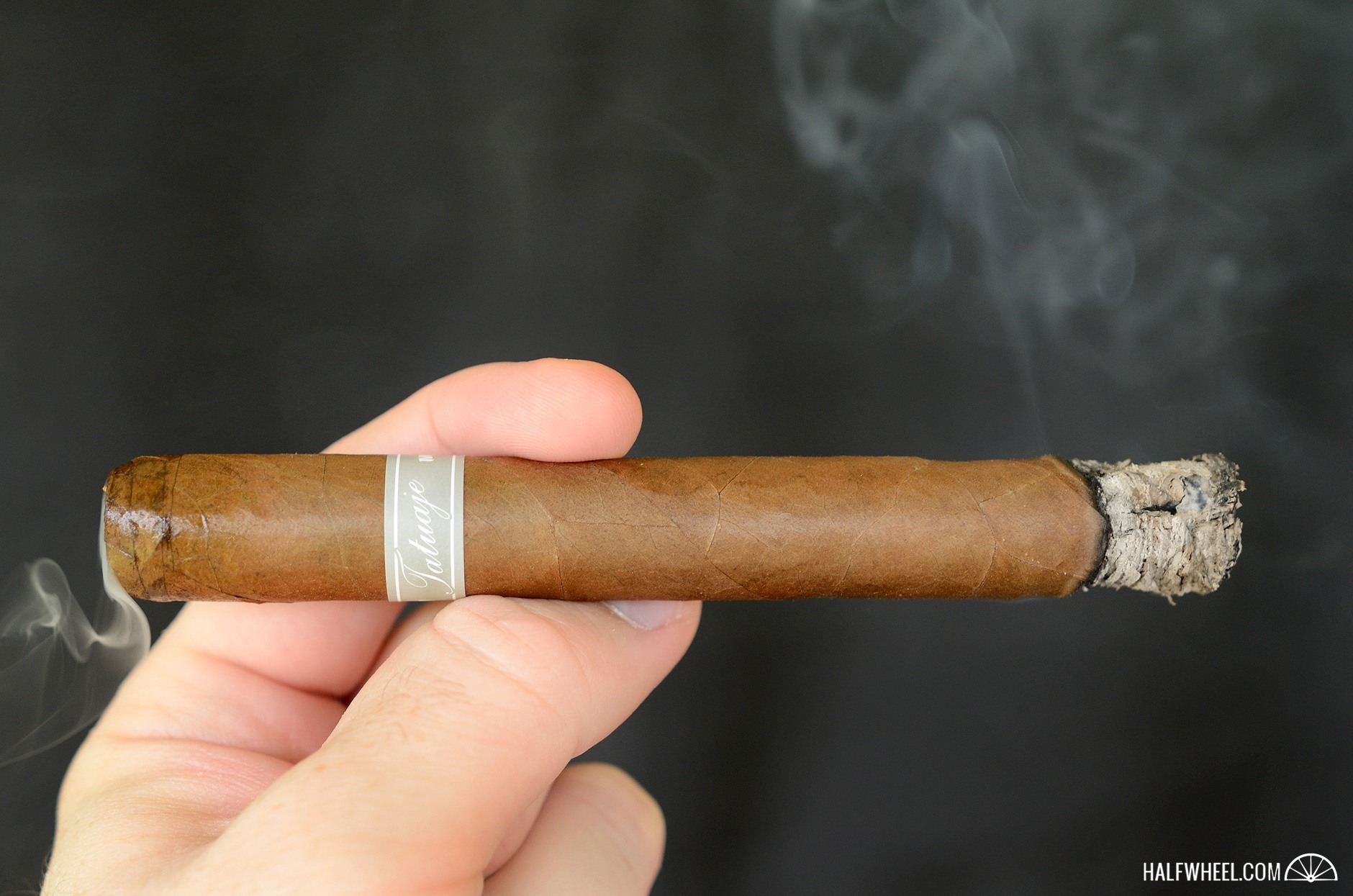 The second third continues the overall sweet profile with cedar and dried fruit while a new spice note has joined them in the forefront. The leather and cocoa continue in the background, though they are quite minor at this point. The ash continues to be pretty flaky and the burn has become quite squirrely requiring a few touch ups. A strangely distinct cinnamon roll note has taken over, which is to say specifically notes of cinnamon, creamy vanilla and a light nuttiness. The spice is still there along with the fruit, but the other previous notes are all relegated to the back. 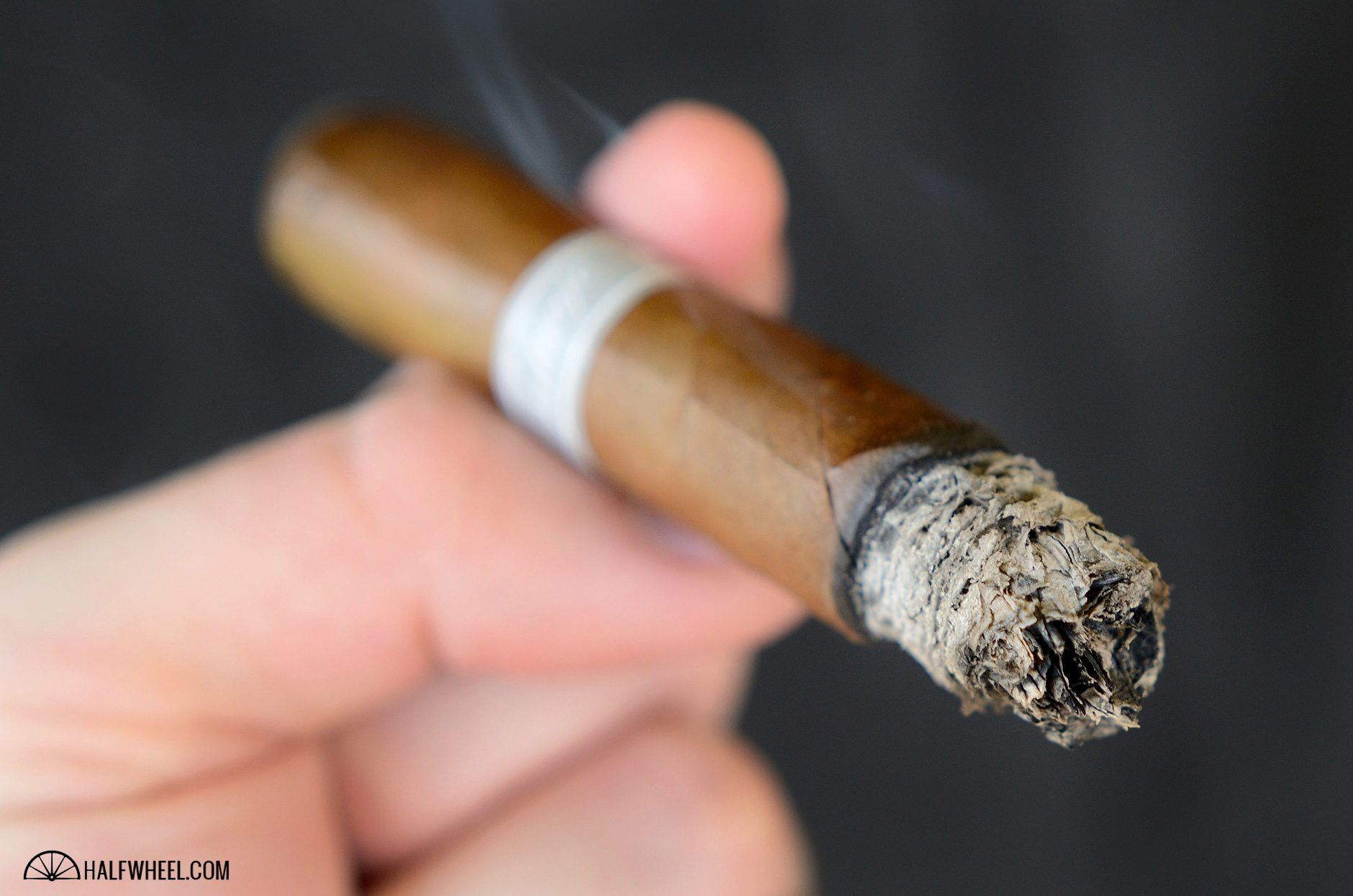 Moving into the final third the burn has evened up significantly, though there are still minor touch ups needed. The cinnamon and vanilla have faded almost as quickly as they showed up and with their fading the cocoa, spice and fruit notes have returned to the forefront. The nuttiness and leather are still in the background, rounding the profile out nicely. A few more touch ups and a relight later I’m almost at the end of the cigar. Luckily the burn issues don’t seem to be affecting the cigar too much, so the cigar ends without getting too harsh or burning too hot. 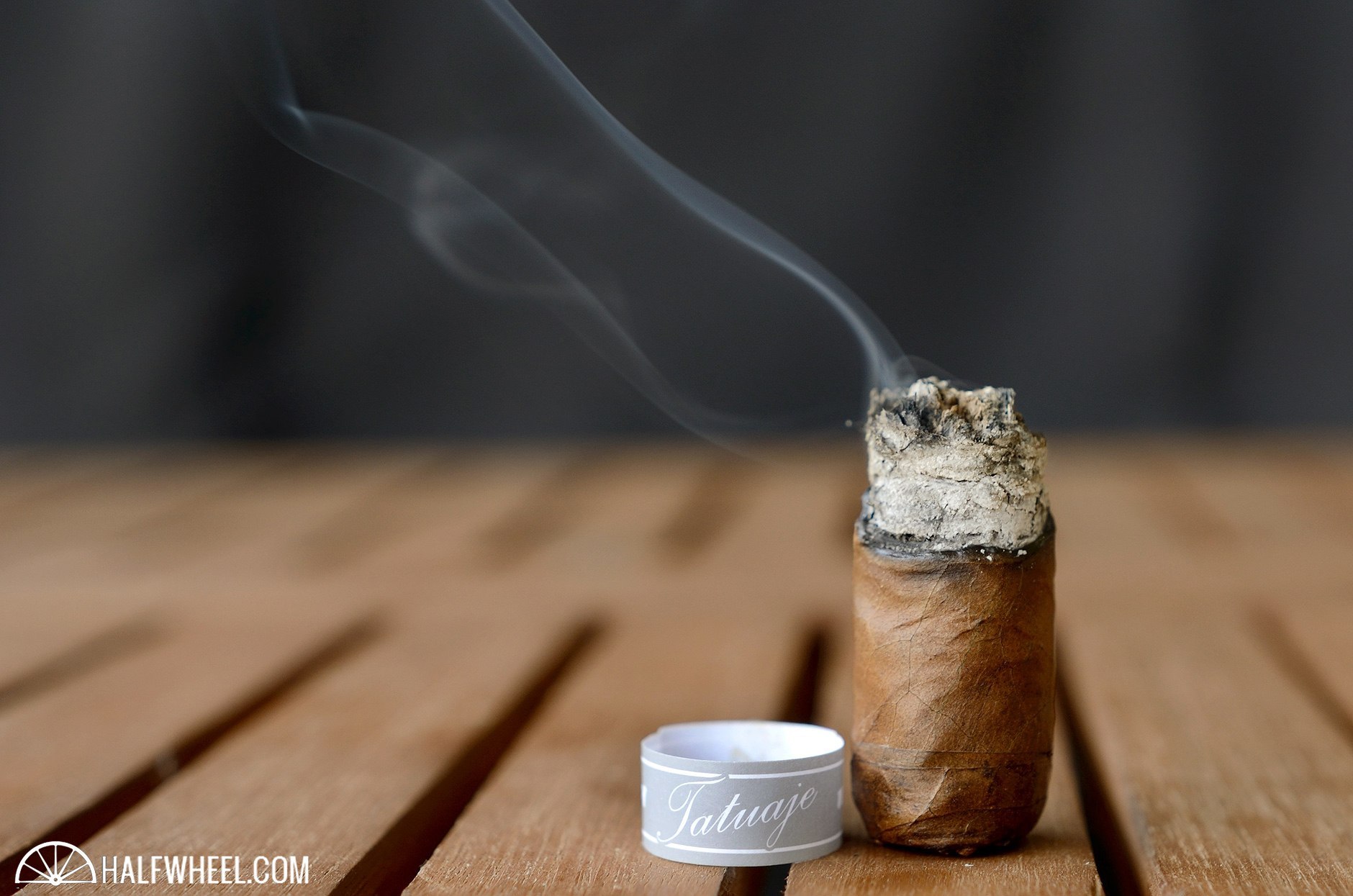 Out of all the full sized Monster Series, The Mummy has been one of my favorite releases. In the Little Monsters box, the Mini Mum again stood out against the rest as one of the top in the box. While I haven’t had the chance to smoke any of the other Pudgy Monsters yet, I’ll go out on a limb and say this will probably be another favorite in the box. I’m happy that the Mummy has a profile closer to the full sized The Mummy than the Mini Mum. The profile has some great sweet and creamy notes that blend together nicely and develop and change enough throughout the cigar that it’s not boring. The burn issues I had however were slightly annoying, though I don’t think they were severe enough to be any more than that. With the Mummy being so close to it’s counterparts, I can take a guess on the rest and easily suggest seeking out a box of the Pudgy Monsters.