It’s a bit challenging to remember now, but the Tatuaje The Drac was a big deal. It’s the most infamous release in the history of Tatuaje, a cigar plagued by packaging issues, literally. The Drac was placed inside boxes that were painted on the inside, which led to the cigars being infected with paint smells.

While most didn’t have the same opportunity that Brooks did, i.e. smoking The Drac before it went into the boxes, many have had the chance to taste The Drac blend as Tatuaje has released the Little Monsters, Pudgy Monsters and more recently, Skinny Monsters.

As such, the Tatuaje Drac was a 5 x 52 robusto. Here’s what I said about the cigar when I first reviewed in July 2014:

The Drac, little the, is not magical, but it is very good. Its size is like a good book, ending leaving me wanting a bit more. But it isn’t without its flaws, construction that ranges from tricky to somewhat declining, but the cigars managed to stay lit—with the assistance of a lighter—until the end, albeit, varying points of end. Does it live up to my hopes and dreams of The Drac? No. Would I be opposed to seeing this on shelves on a regular basis? Absolutely not. Things look pretty familiar. As for the smell, it’s not entirely familiar. There’s barnyard, leather and somewhat of a grilled salmon skin, though it’s a secondary note. From the foot I get cocoa powder, some acidity and a complete lack of pepper. As for the cold draw, it continues the sweet cocoa trend, similar to Reese’s Puffs, pistachios and some mild habanero down the throat.

The Drac begins with cedar, toastiness and surprisingly no real cocoa or pepper. As the first third develops, there’s earthiness, mild cocoa and water chestnuts. A pepper, more black pepper than white pepper, develops towards the back while the finish has a lot of vanilla bean. In the second third, the cigar turns even more earthier, now joined by peanut butter and some coffee and saltiness on the finish. That trend continues into the final third of the Tatuaje with the earthiness, cedar, cocoa, coffee and peanut butter all together in a complicated mixture. 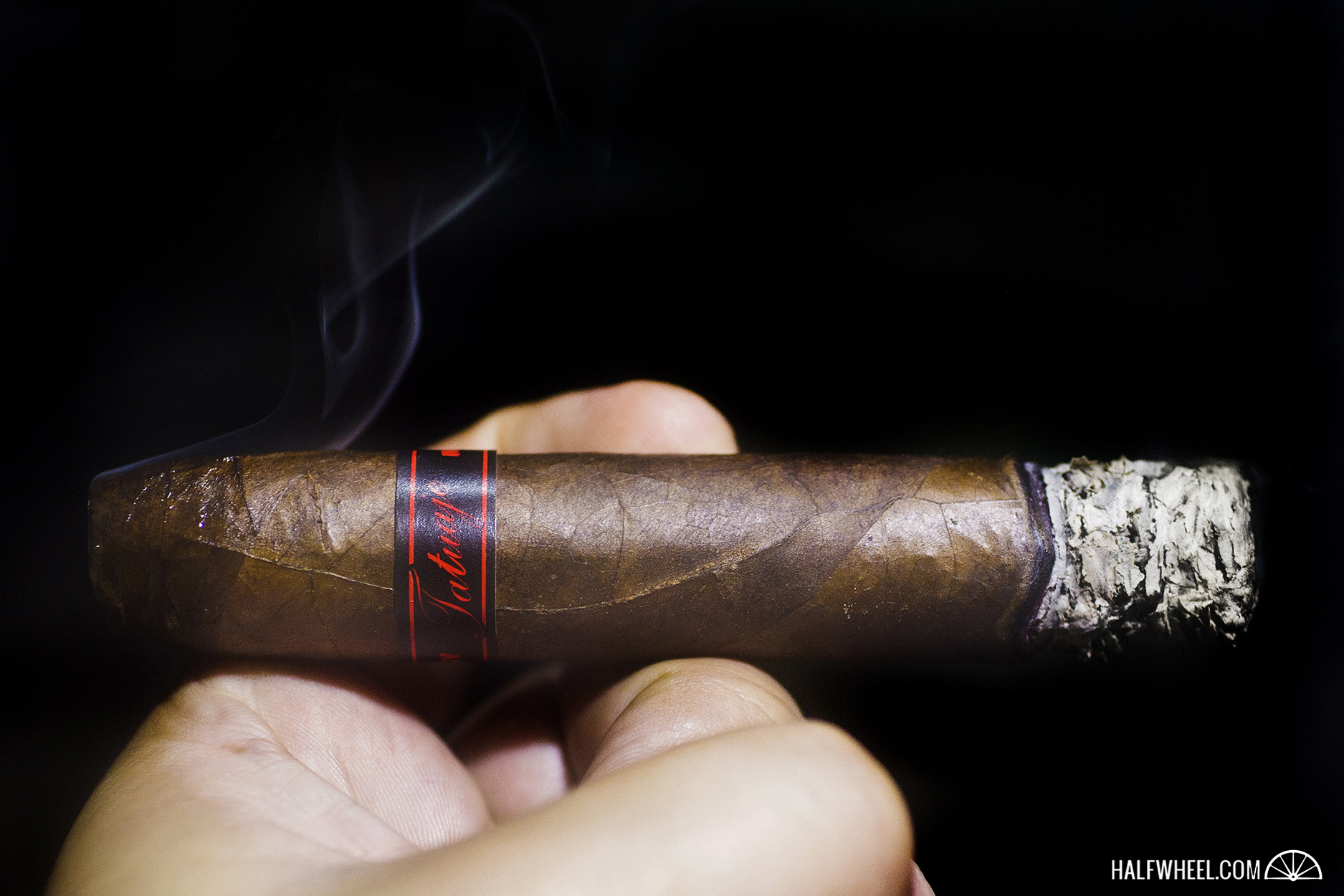 Construction-wise, the Drac was a struggle. The draw was tough, although workable, and the burn needed a couple corrections. It’s a cigar that was good enough that I wouldn’t have thrown it out if I was just smoking the cigar for pleasure, though it certainly wasn’t the most pleasurable experience.