Last week, the sampler was shown off to retailers at the Tobacconists Association of America meeting and convention. Three retailers confirmed to halfwheel they were told to expect the product in June. 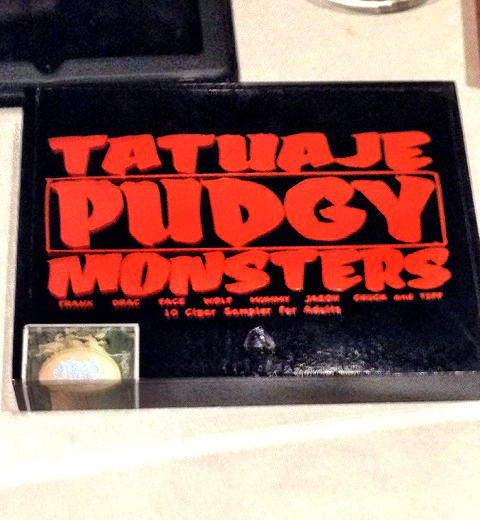 As with the Little Monsters, Pudgy Monsters will be a 10-cigar sampler and will include one of each of the released monsters to date—Frank (based on The Frank), Drac (based on the The Drac), Face (based of The Face), Wolf (based on The Wolfman), Mummy (based on The Mummy) and Jason (based on The JV13.)

In addition, each box will include a pair of new cigars: Chuck and Tiff, based on the characters of Chucky and Tiffany from Don Mancini’s Child Play films, specifically Bride of Chucky. There will be two of both the Chuck and Tiff in each box.

Pete Johnson of Tatuaje had talked about using the two characters for potential Monster Series releases, but in January told halfwheel that Tiffany, which leaked via Janny García of My Father Cigars, was not part of the seventh installment of the Monster Series.

Johnson declined to confirm details of the project.

This is the fourth Monster Series-related project. In addition to the original and Little Monsters, the company once had plans for an Actors Series—monsters undressed. It is considered defunct and limited to one release, The Boris.

(Ed. note: the contents of the box were clarified from the original post.)