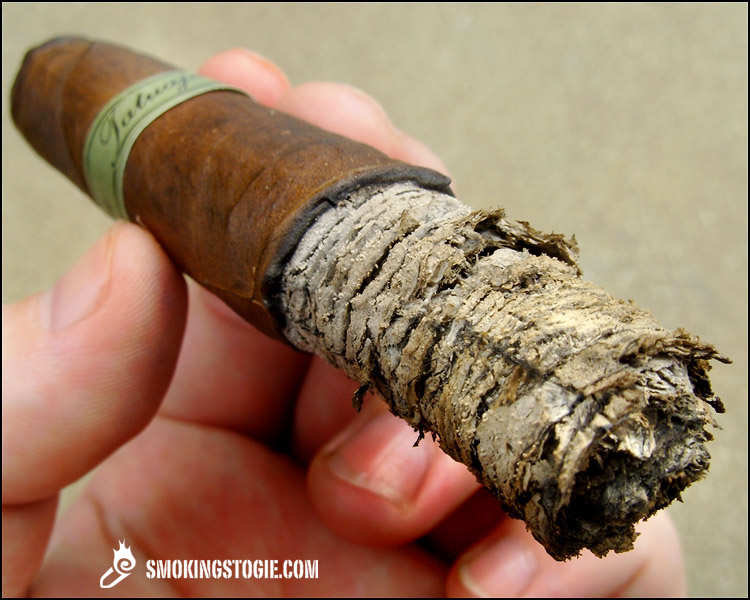 In 2008 Pete Johnson of Tatuaje with the help of a good friend, came up with the idea for a very special Halloween cigar release. Pete decided that each year around October 31st he would release a cigar based on a classic monster of his choosing.

For the first release, dubbed The Frank, after Frankenstein, obviously, the top 100 retailers who sold Tatuaje cigars would be entered into a lottery, and only 13 “Unlucky” retailers were chosen to sell equal numbers of the 666 boxes that were produced. Each box included 13 cigars placed in their own “blood spattered” cedar coffin. 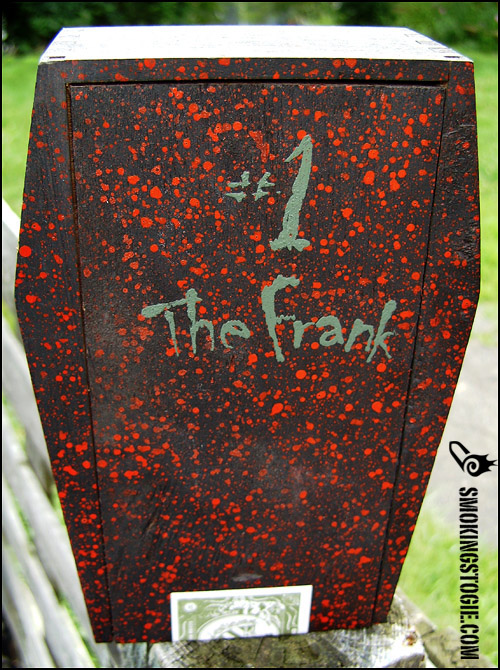 Each box was individually numbered as well (out of 666). 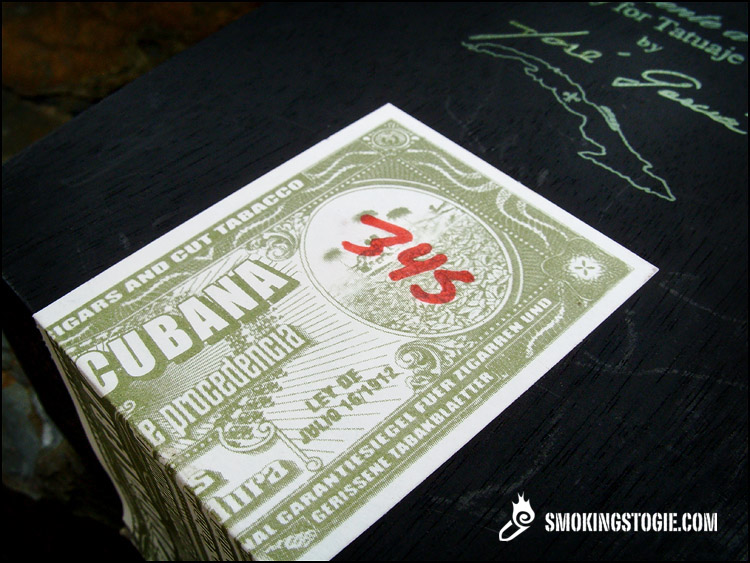 One year after the release of The Frank, Tatuaje released another cigar, dubbed The Boris. This was a cigar that was part of the “Actor’s Series” that was supposed to memorialize the actors who played the role of the monsters in each year’s release Thus, Boris Karloff, who played Frankenstein.

However, as far as we know, this idea has been scrapped for future Monster releases. This past Halloween we saw the release of the second installment of the Monster Series, The Drac named after Dracula. However, because of consumer backlash Pete Johnson decided to release 1,300 coffins instead of 666 so more people could get them. This would be the first time that would happen with the future releases consisting of 666 coffin boxes and an additional 1,300 plain 10-count boxes for people who didn’t care about the collectors box.

Johnson is on record as saying that next year’s release (2011) will be The Face, after Leatherface, a 5 ½ x 58 stick “with a gnarly, ugly wrapper on it, a marbleized cover leaf. The cigar will be unfinished, with the wrapper drooping off the cigar”.

The “Wolfman” is rumored for the year after that. 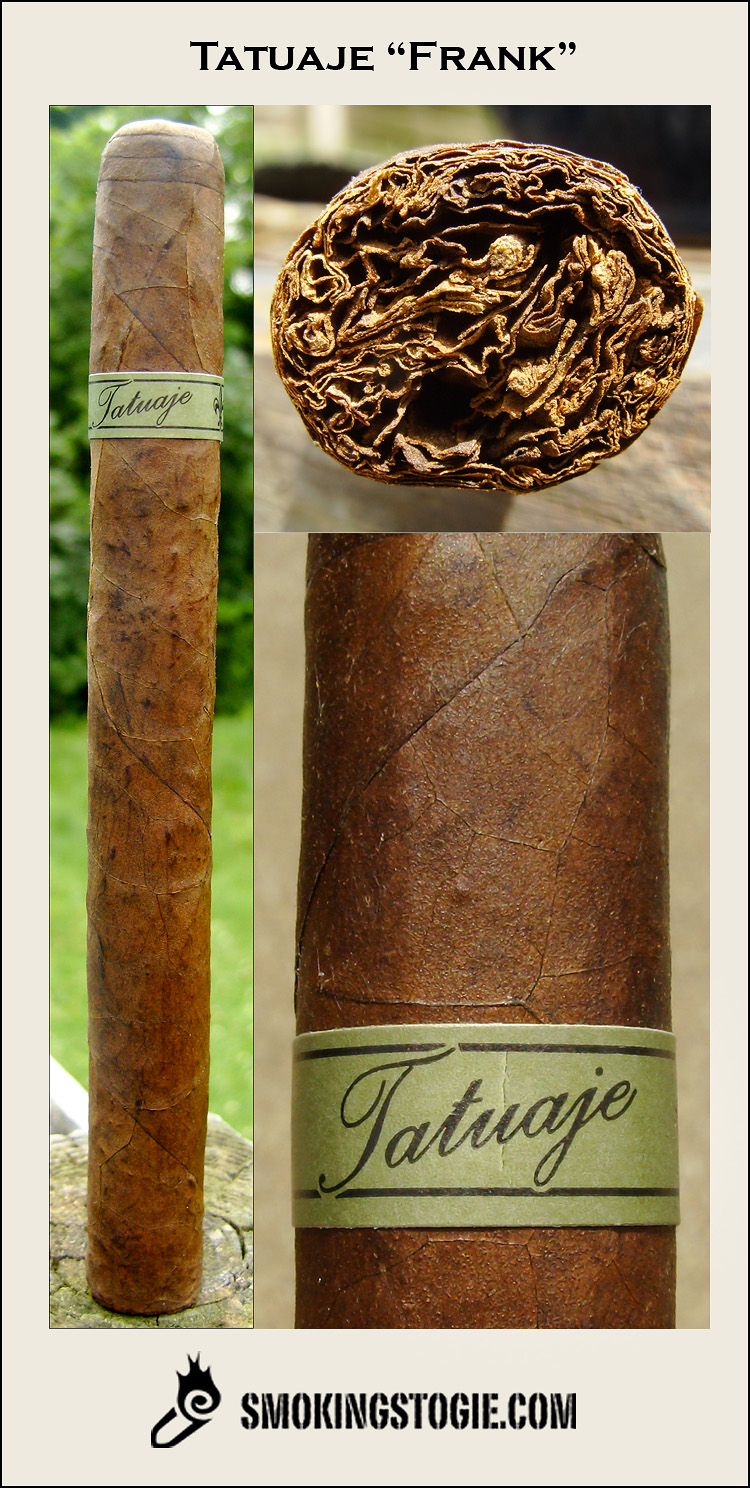 The Frank is a pleasure to look at. It sports a beautiful dark chocolate colored broadleaf wrapper with a few veins running up and down the length of the cigar. It’s a bit toothy and has a nice oily look to it. Connecticut broadleaf has never been the prettiest wrapper, but personally I think its imperfections give it its beauty. It doesn’t have a strong aroma at all. I get a faint tobacco aroma and I get just a bit of cedar and chocolate on the pre-light draw.

The cigar’s first third starts off very mellow in my opinion. It’s definitely on the lower end of medium body for me. I get a nice aged cedar flavor as well as a tiny bit of leather. There is a little bit of spice but not as much as you would expect. It’s a very mild start so far. The ash doesn’t hold long at all. It falls off after just after an inch or so. The draw and burn are perfect. 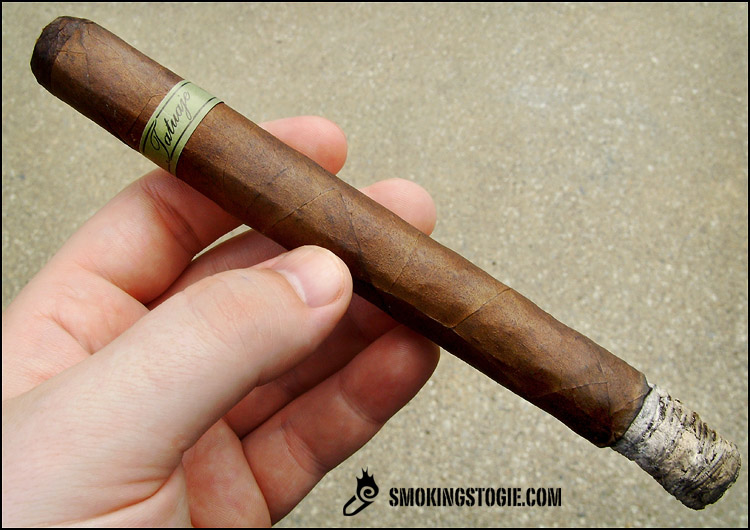 The second third is picking up nicely. The cedar is still present as well as the leather but now I am getting a nice roasted nut flavor. The cigar has also taken on more of a creamy profile, especially on the finish. The spice has all but died. The cigar is a solid medium body at this point.

The final third is easily my favorite part of the cigar. The broadleaf wrapper is starting to show more of the flavor it’s known for and the cigar has taken on a deeper, richer flavor profile. The cedar has turned to a nice oak flavor and the leather has increases considerably. I also get a nice roasted coffee bean flavor as well as a pleasant, sweet nuttiness with a hint of chocolate. It’s nice and creamy through the nose but the spice has yet to show its face again. 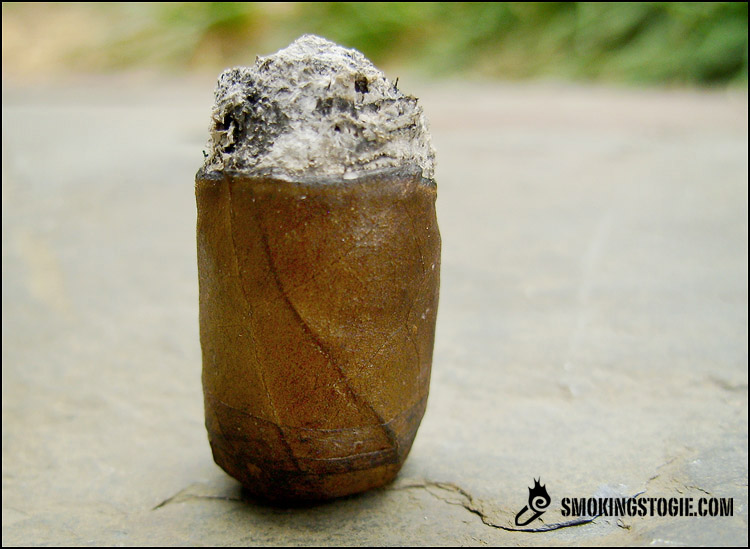 I have heard from a few people who smoked this cigar that when it came out it was easily a 96-98 point cigar. I enjoyed this cigar but I just can’t put it in that category. My feelings are that this cigar lost a little something in the two years it’s been aging and with the exception of the final third the flavors were just very average. Is this a good cigar? Yes. Would I smoke another? Yes. Will I track these down and spend $40 a piece for them? No. In my opinion underneath the Frank band is just a regular Tatuaje cigar with above average flavors. It’s Better than most, but just not good enough to warrant a 95 or up.