AGANORSA Leaf has come a long way since it was founded in 1978. Back then, the company was known as Tropical Tobacco, but that name was eventually changed to Casa Fernandez, which it used until 2018 when the company was rebranded as AGANORSA Leaf. The AGANORSA in the name stands for Agricola Norteña S.A., an entity owned by Eduardo Fernández Pujals, that includes livestock, tobacco growing and cigar rolling.

No matter what you call it, one of the company’s most popular releases has been Supreme Leaf, which debuted in January 2020 at the Tobacco Plus Expo 2020 trade show in a single 5 x 52 box-pressed robusto vitola. A second size was added to the line in July 2020—a 6 x 54 toro—but it took another seven months for the third vitola to appear, specifically a 6 x 46 corona gorda that shipped in February 2021. Six months after that, AGANORSA Leaf released a 6 x 54 box-pressed torpedo during the 2021 PCA Convention & Trade Show in August. 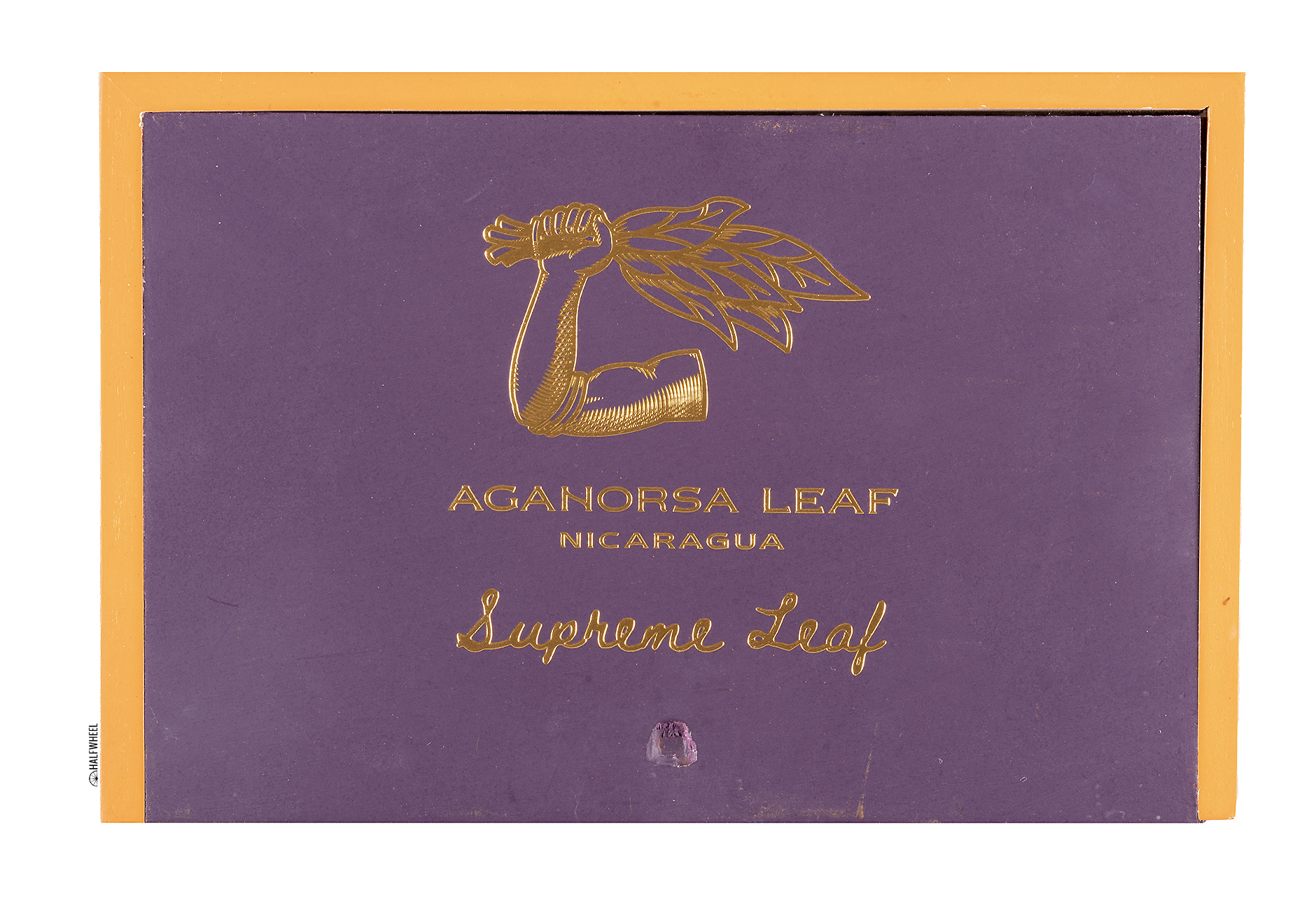 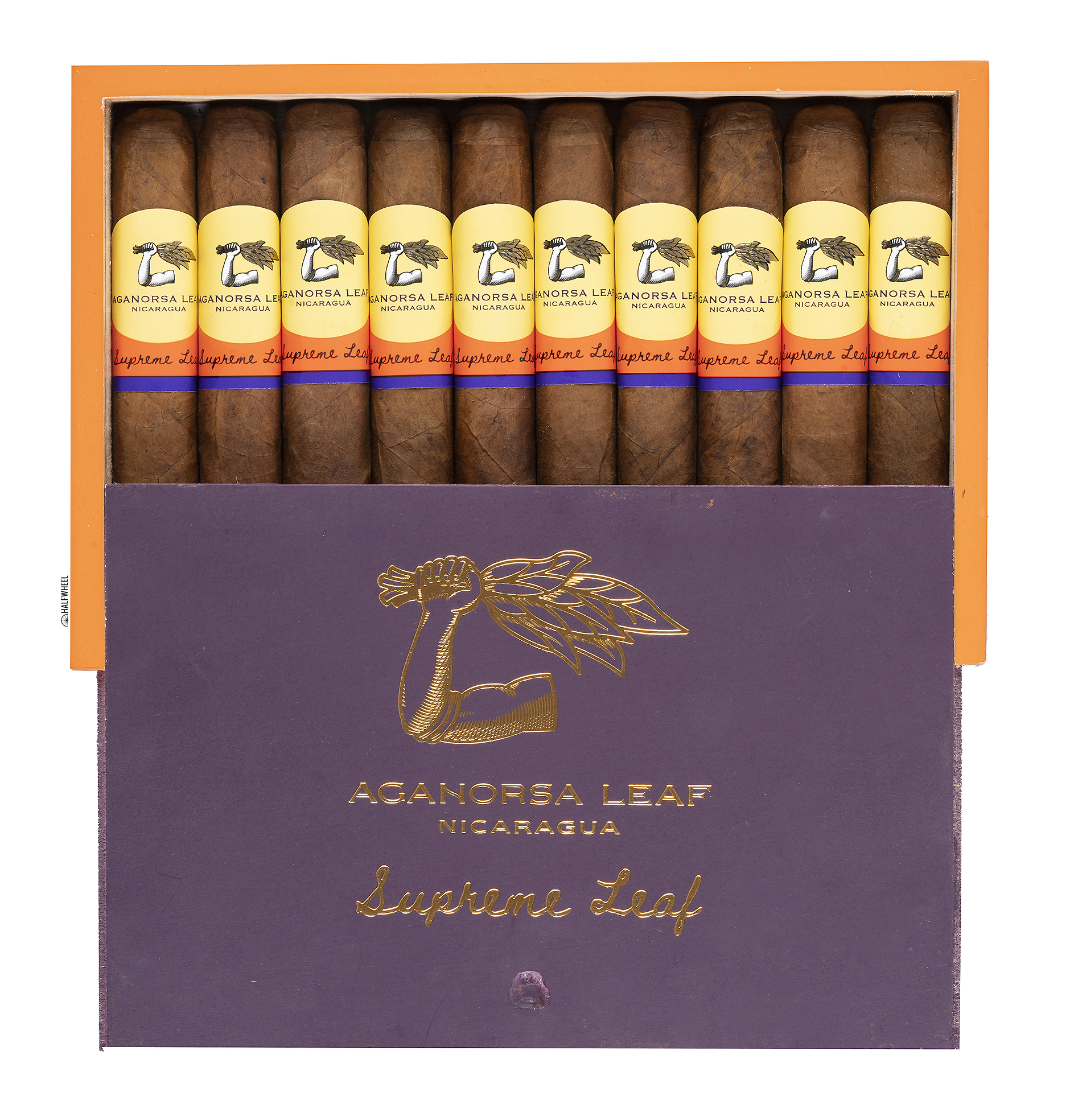 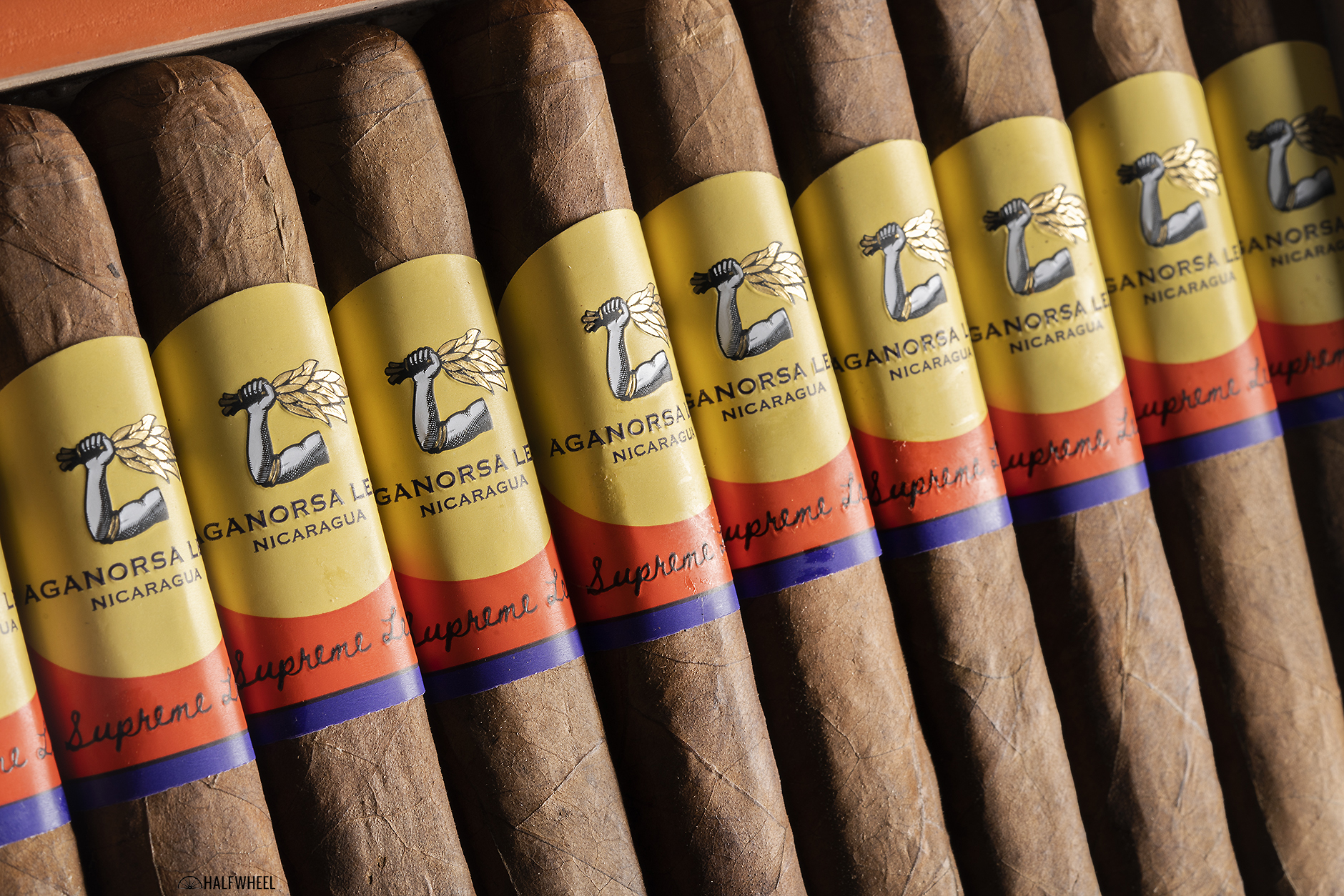 In February, the company began shipping the fifth vitola in the  Supreme Leaf line, a 5 x 54 vitola that is somewhat confusingly also named Robusto. As is the case with the rest of the line, the newest Supreme Leaf Robusto is made up of a Nicaraguan corojo 99 wrapper covering all Nicaraguan tobacco in the binder and filler.

“Demand for Supreme Leaf continues to grow,” said Terence Reilly, vp of sales and marketing for AGANORSA Leaf, in a press release. “We selected a robusto vitola just as we did for the original release; however, we changed the ring gauge to 54 from 52. It’s always interesting to see how subtle changes create different nuances in flavor and aroma. We’re excited to see how consumers react to this incredible expression of the blend.”

Note: The following shows the various Supreme Leaf vitolas. Some of these cigars may have been released after this post was originally published. The list was last updated on April 24, 2022. I have enjoyed every size of the Supreme Leaf blend I have smoked, and the new Robusto only continues that trend. Main flavors of creamy cedar and peanuts are balanced excellently with a combination of ever-present maple sweetness and black pepper on the retrohale. Interestingly, there is a total lack of red pepper that I have noted in many of the other vitolas, and the cinnamon on the finish was a brand new addition. In the end, the new Supreme Leaf Robusto is not only an excellent cigar in its own right but also one of the best vitolas in the line.

The Supreme Leaf Robusto has an MSRP of $11.50 per cigar and is packaged in 10-count boxes that began shipping to retailers on Feb. 22. 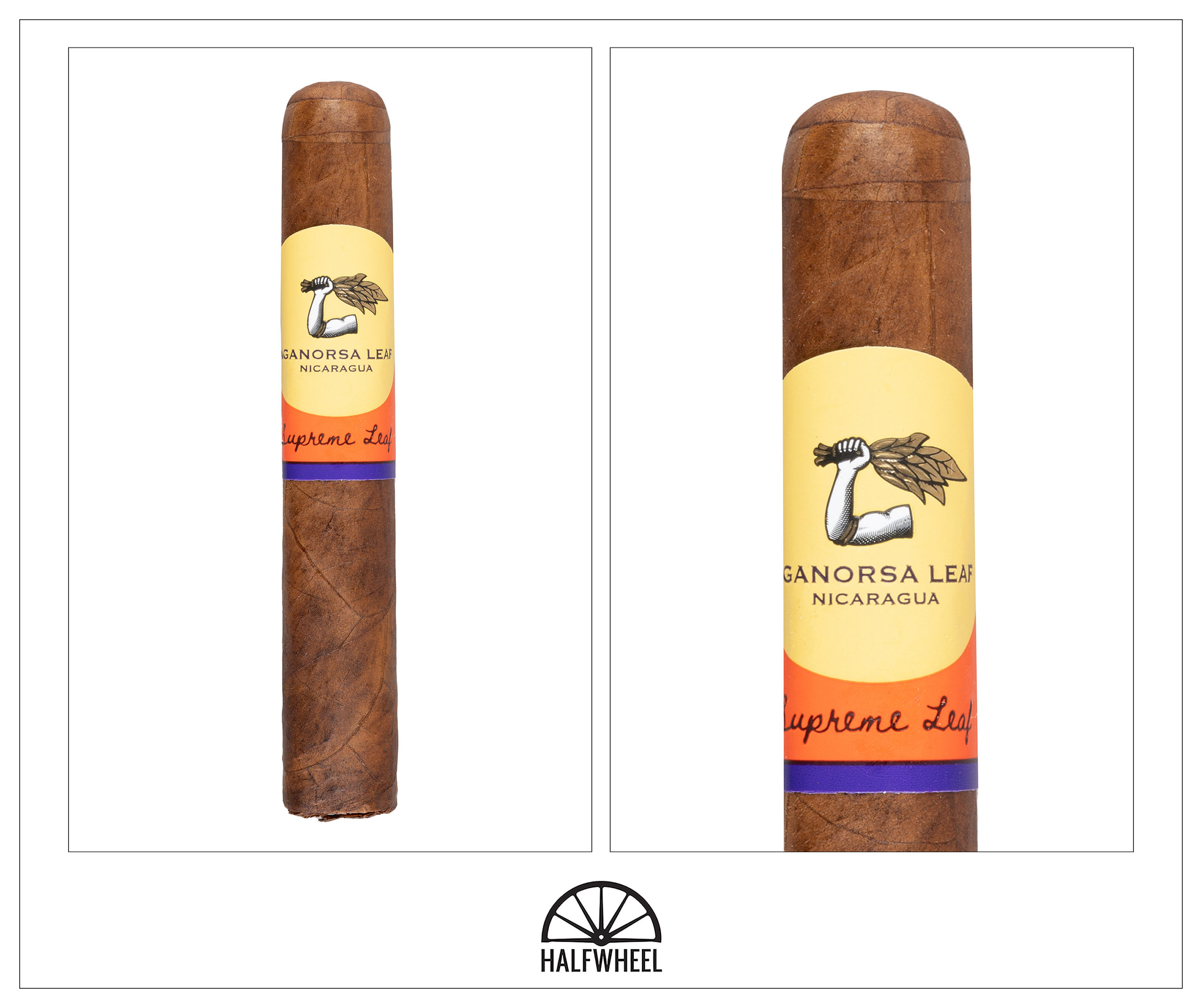 Like the other Supreme Leaf cigars I have smoked, the newest vitola is covered in a cinnamon brown wrapper that features a hint of red, although quite a bit of mottling is present as well. In addition, there is a touch of oil, all three samples are quite hard when squeezed and the box-press and covered feet are nice visual touches. The aroma from the wrapper is fairly light, with a combination of dark chocolate, generic wood, nuts, manure, hay, earth and soy sauce emanating from two of the three samples, while the third adds both cedar and a floral note. The foot brings consistent notes of orange peel, leather, barnyard, nutmeg and peanut shells with some maple sweetness. After a straight cut, flavors on the cold draw are very distinct and include creamy cedar, white pepper, earth, peanuts, vegetal and dark chocolate with vanilla sweetness and touch of spice on tongue.

A blast of spice greets me as I take the first few puffs of the Supreme Leaf, while an aromatic cedar flavor makes itself known early on as well. While the spice begins to recede a bit almost immediately, the cedar note continues to strengthen and is joined by a distinct peanut shell flavor, both of which continue to top the profile during the first third. Additional notes of leather tack, toast, hay, earth, iced coffee and bitter dark chocolate flit in and out, while the finish features some slight cinnamon and the retrohale includes both black pepper and maple sweetness in relatively equal amounts. Flavor is just over medium, body is a solid medium and the strength hits a point just under medium, but is obviously still increasing. There are no issues with either smoke production—which is massive off of the foot—or the draw after straight cuts, but two of the samples need corrections with my lighter—one needs two in quick succession—to stay on track.

The profile of the cigar becomes significantly creamier on the palate in the second third. While the cedar and peanut flavors continue to be the main flavors, the cinnamon on the finish increases noticeably. Secondary notes include not only more earth, hay, dark chocolate and leather, but also new flavors of sourdough bread and citrus peel while black pepper and maple sweetness continue to dominate the retrohale, albeit in about the same amounts as the first third. Flavor is now at medium-full, body is just slightly above medium and the strength has increased to medium-plus. Construction-wise, both the draw and smoke production continue on their excellent paths, and while two of the cigars, two of the samples need minor attention from my lighter. 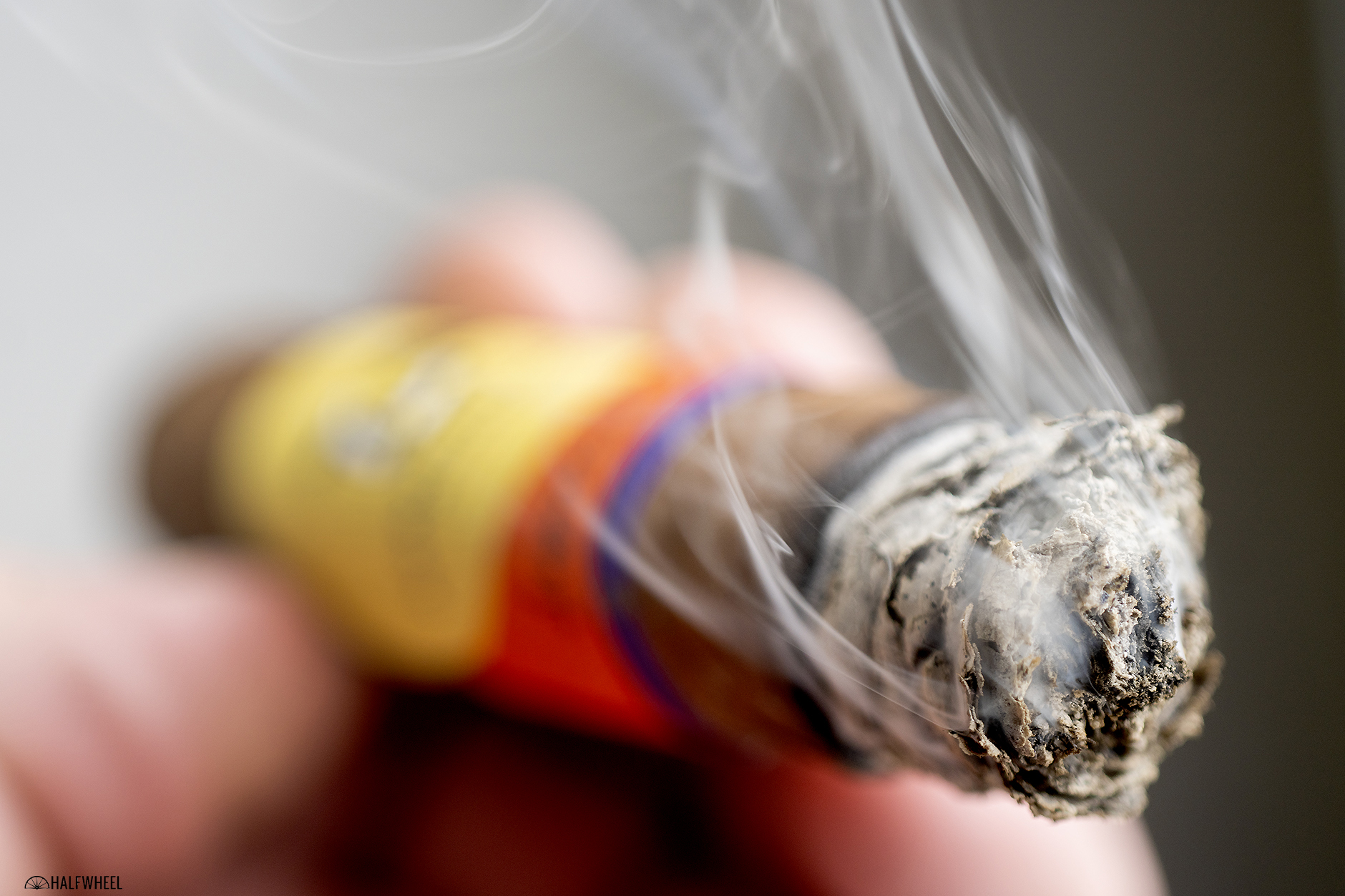 Just about every aspect of the Robusto in the final third is a continuation of the preceding third, something I am absolutely fine with since I am enjoying it so much. Peanuts and cedar continue to reign supreme—no pun intended, I assure you—on top of the profile, followed closely behind by a combination of sourdough bread, citrus peel, leather tack, toast, hay, earth, roasted coffee beans and powdery cocoa nibs. In addition, there is still more cinnamon on the finish as well which combines nicely with an increased amount of both black pepper and maple sweetness on the retrohale. Flavor is medium-full and the body is medium-plus, but the strength remains at medium-plus. Finally, while I am forced to touch up one sample twice to keep things from getting out of control—incidentally, the same cigar that had issues in the first third—the other two samples burned fine, and all three featured excellent draws and plenty of smoke until the end. 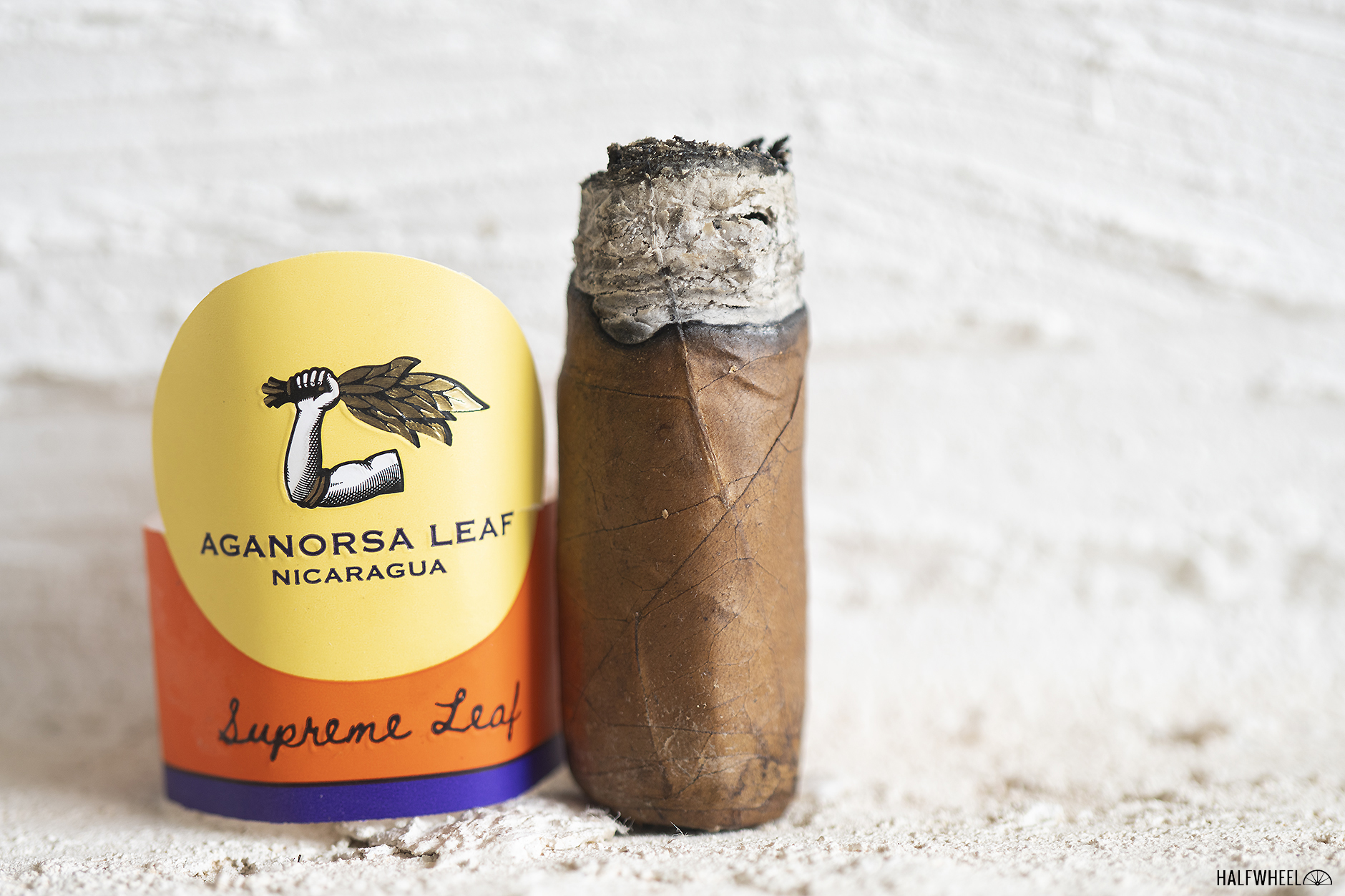 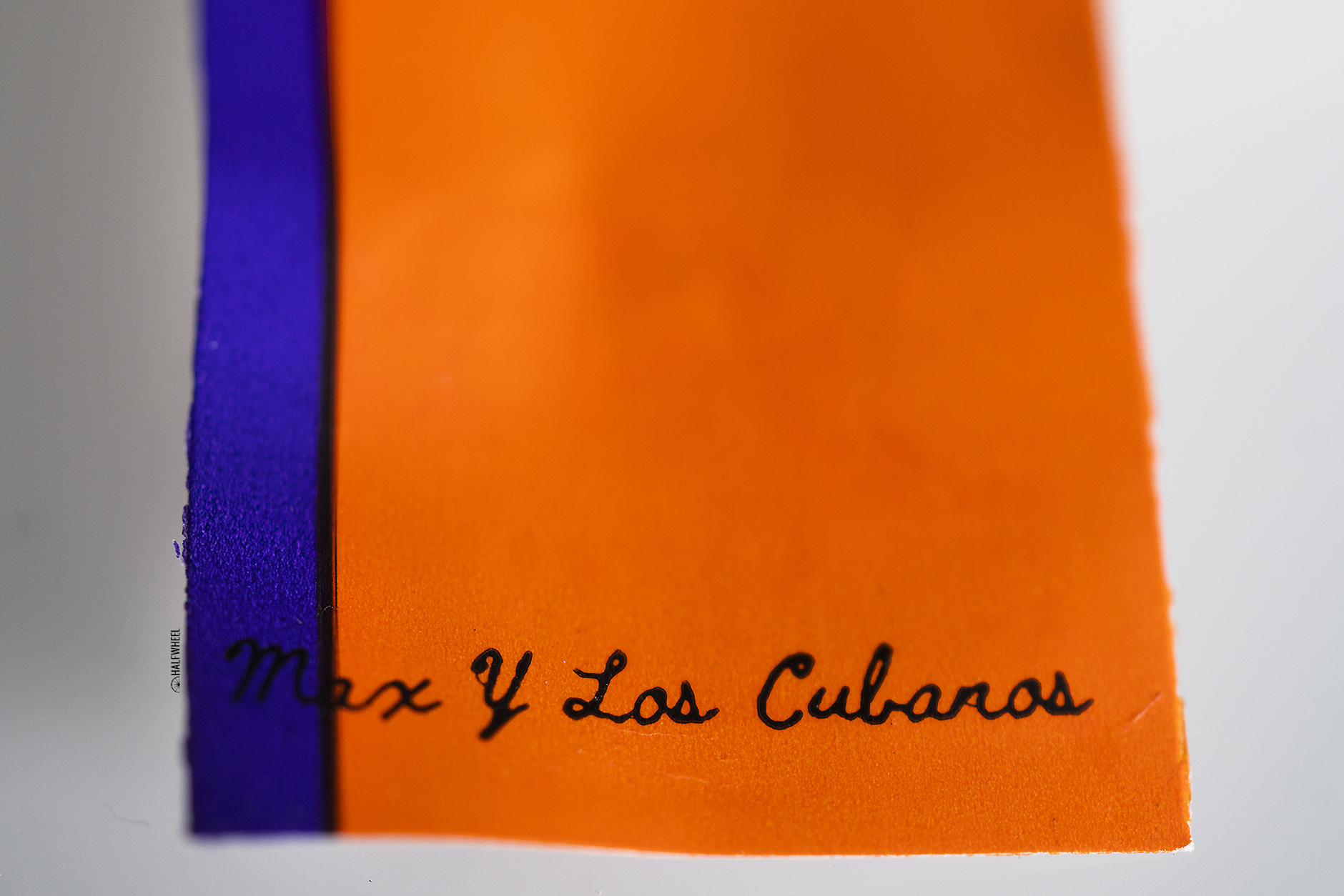 I have enjoyed every size of the Supreme Leaf blend I have smoked, and the new Robusto only continues that trend. Main flavors of creamy cedar and peanuts are balanced excellently with a combination of ever-present maple sweetness and black pepper on the retrohale. Interestingly, there is a total lack of red pepper that I have noted in many of the other vitolas, and the cinnamon on the finish was a brand new addition. In the end, the new Supreme Leaf Robusto is not only an excellent cigar in its own right but also one of the best vitolas in the line.