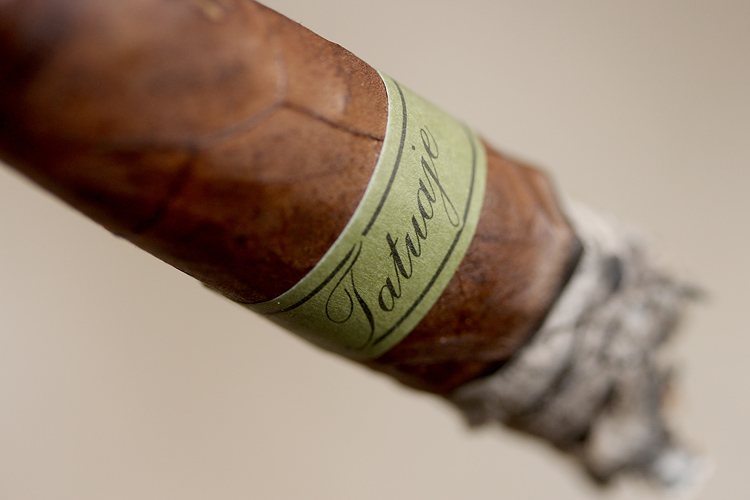 In October of 2008, Pete Johnson released the first of what would become the most noted limited edition of the late 2000s, the Tatuaje Monster Series with the first release being The Frank. Jose Agosto of Gloucester Street Cigar Company, who the Tatuaje Porkchop was named after, is oftentimes credited with assisting Johnson in coming up with the concept of cigars based off of various famous monster characters from classic films.

The first in the series was The Frank, named after the popular Frankenstein character. As would become the norm, The Frank was big (7 5/8 x 49) and packaged in 666 boxes of 13 cigars released shortly before Halloween. Earlier this year, Johnson announced plans for Little Monsters, based off of the first four Monster Series release and the upcoming 2012 release.

The following is the fairly extensive halfwheel history of the Little Monsters, first appearing in the review of the Mini Mum. It’s a fairly dark wrapper with a great amount of moisture and a rather sharp rectangular box-press. Quite frankly, if you took the band off, this could be the Cojonu 2012 Reserva Jr., because it truly does look like a smaller Cojonu 2012 Reserva. While the aroma smells of a strong sweet cocoa, the foot adds a bit of caramel and wine, although it’s still dominated by the cocoa. I find myself taking a bit more off each time I smoke an additional Frank Jr. As always, the cold draw delivers a heavy Nicaraguan cocoa and pepper mixture, i.e., a classic Brooks profile.

The Frank Jr. begins the first third very chewy with some dense nuts and a pepper in the back before an earthy note engulfs the profile turning moist and eventually getting more cedar-like. It’s rich and developed, just not what you are expecting given the notable absence of chocolate. Eventually the Tatuaje settles with a smooth restrained cocoa, some spicy herbal and grassy notes, but the core is still earth with a touch of cedar. Initially, the Frank Jr. starts with very quick moving smoke, almost to the point of concern, after a few minutes however it is significantly normal. Into the second third and the cocoa is finally becoming a major factory. It’s still not the sweet Nicaraguan cocoa of the cold draws, but it’s definitely on par with the strength of the earth. Also missing from the mouth flavors is the pepper note from the cold draw, although some spices remain. There’s some nuttiness, about where the grass was in the Frank Jr.’s first third, but the star of the show is the retrohale which features an odd combination of lemon, bread and pepper. It’s not bad, just not what you are expecting. Strength is a soft medium-plus, it makes itself known, but barely. The final third eventually sees the cocoa take over, unfortunately, the detail of the Frank Jr. is hardly what it was when the cigar began. While the chocolate is full, it’s mushy and far less detailed, acute or refined as the cold draw, or even the flavors through the 40% of the cigar. As the final inch and a half begins to burn, there’s a phenomenal creamy note that enters into play, very detailed and very enjoyable. Draw remains pretty center, a touch tight if I was forced to pick between the two, and the rest of the construction is unchanged. For me, going into the Little Monsters, the one that stuck out as being most likely to be controversial was the Lil' Drac, solely because of the paint issue with The Drac and its performance compared to at least one person's thoughts on a cigar that was never infected with paint. After having all five, all but the Baby Face multiple times, I'm convinced that won't be the case, at the very least there will be an additional cigar up for discussion, the Frank Jr. Like the rest of the Little Monsters, the Frank Jr. has definitely improved with time, but it still seems a bit all over the place. Even at its best, the flavors, while developed, didn't really seem to work, at least for me. I think the Frank Jr. is somewhere between a decent and good cigar, but like so many of Pete Johnson's creations, that's a disappointment. Inevitably many are going to try the best and the worst in the orange boxes, for me — the Frank Jr. is the latter, at least at the early stages.