Shipments of Pudgy Monsters have begun to leave Tatuaje headquarters. While the cigars are now leaving, many of the details surrounding the cigars remain publicly scarce.

Pudgy Monsters is a 10-count sampler based on the Tatuaje Monster Series, the popular Halloween-themed release that Pete Johnson introduced in 2008. The Monsters Series is not just named after popular monster characters like Dracula and Frankenstein, but it also features big, bold and oftentimes gritty-looking cigars. Johnson provided a different take on the series in 2012, when he introduced Little Monsters, petite versions of the first five releases in the Monster Series. 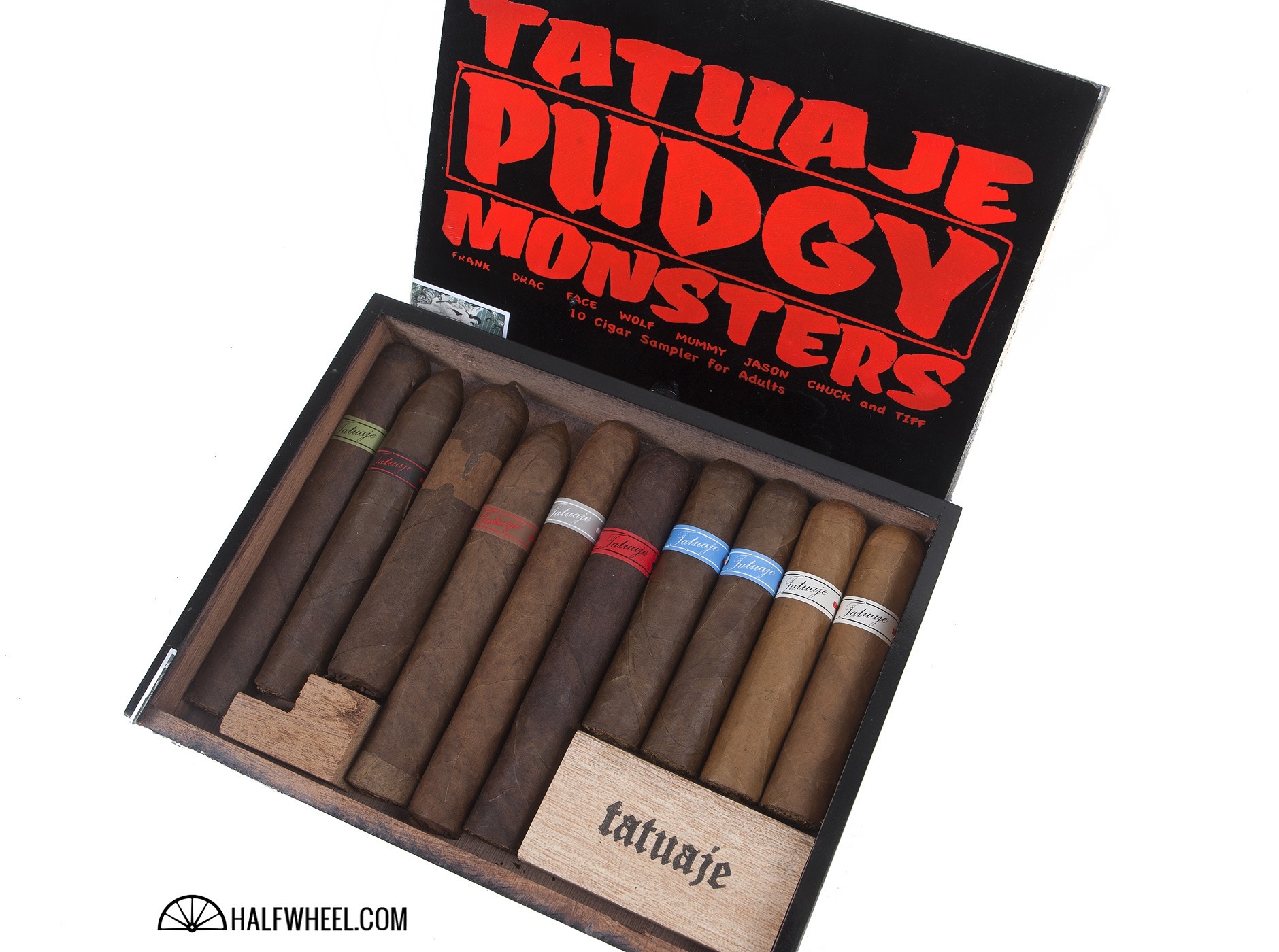 Pudgy Monsters was once referred to as “Fat Little Monsters,” which is arguably the easiest way to describe them. It takes the length of the Little Monster sizes and combines them with the ring gauge of the original Monster Series releases.

Two completely new cigars will be included in Pudgy Monsters, Chuck and Tiff—based on the characters of Chucky and Tiffany from Don Mancini’s Child’s Play films, specifically Bride of Chucky. Both cigars are 4 x 50 and each box of Pudgy Monsters will include two Chuckys and two Tiffs. Johnson declined to comment as to the blend details behind the cigars.

The suggested retail price for each 10-count box is $95. There will be 20,000 boxes produced with shipments expected to last well into summer.