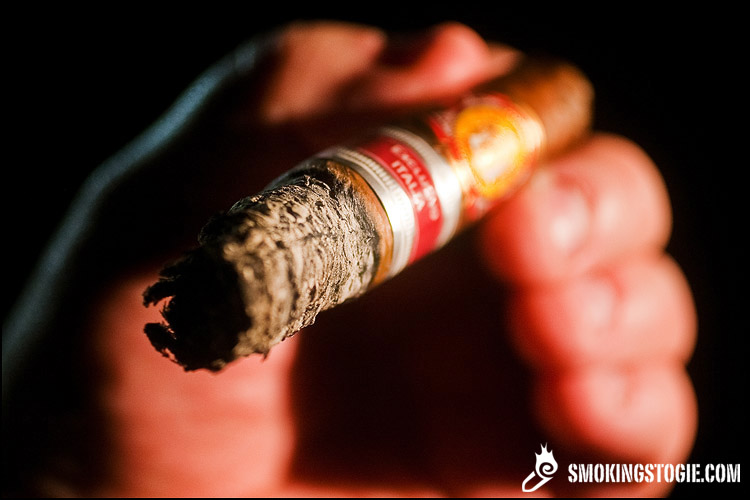 I had high hopes for this cigar and it had everything going for it. Great looking cigar with a light brown wrapper, an interesting shape and a great smell of hay and tobacco. This cigar epitomizes the reason cigar lovers have come to hate the idea of Edición Regional releases of Cuban cigars. Unlike, say, the Ramon Allones Phoenicio or the Por Larrañaga Magnifico, the El Rey del Mundo Especiales was boring, bland and even annoyingly flat in terms of taste for pretty much the entire stick.

The main flavors, that I could actually taste anyway, were a little pepper, chocolate, cedar and some spice, but everything seemed to be muted for the whole smoke, almost like I was smoking through a filter. The cigar had a decent draw and burn, and it was a smooth cigar no doubt, but the lack of any dominant flavors really hurt the experience. It burned very fast, but never hot. After smoking it for one hour and 20 minutes I did not even feel like I had smoked at all, hint, it was not very strong.

Extremely mild and almost totally tasteless, albeit very smooth, the El Rey del Mundo Especiales is a truly disappointing example of what Cuba can put out. While Cubans are typically less spicy than non-Cubans, they usually have a bit more flavor to compensate. Well, that was not this one. This is one of those sticks you would give to a first time smoker who wants to try a Cuban cigar, if you liked them enough to waste $20 on them that is.