If I had to start listing out various Oliva lines, there’s a decent chance that I would skip over the Oliva Serie V Melanio Maduro. It’s not that I haven’t smoked or enjoyed the Melanio Maduro. It’s not that I never see it on shelves. It’s just always sort of been an afterthought in my mind as I’ve long preferred the regular Melanio over the Maduro.

At this point, I don’t think it’s fair to call the line an afterthought. It debuted in 2013, just a year after the original Melanio line went on sale and with the addition of three more vitolas this summer, there are now seven sizes in the regular production Melanio Maduro line. To make the Melanio Maduro, Oliva replaces the Ecuadorian Sumatran wrapper that is found on the regular Melanio with a Mexican San Andrés wrapper. The binder and fillers remain tobacco from Jalapa, Nicaragua.

If you are completely unfamiliar with the name, Melanio is a reference to the patriarch of the Oliva family’s tobacco history, first growing tobacco in Cuba in 1886. Oliva also introduced another cigar this year that commemorates this, the Oliva Serie V 135th Anniversary Edición Limitada. 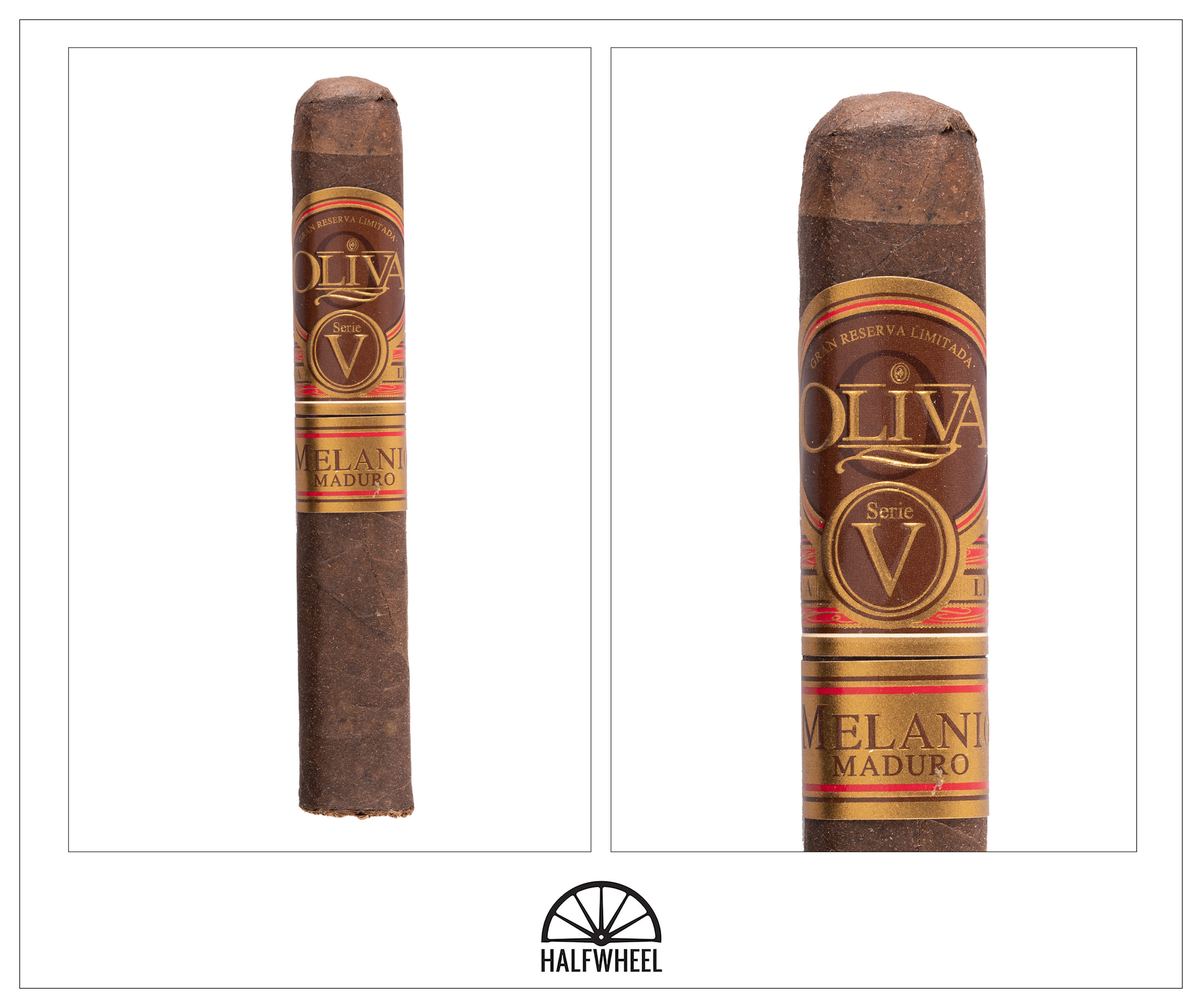 Despite the box-press and fancy bands, the cigar has a rustic appearance in my mind. There’s some oil on the wrapper, but the more prominent features of the deep dark brown wrapper are the veins. The aroma from the wrapper has lots of earthiness—including some of the barnyard-infused varietal—along with bitter nuttiness. It’s medium-full and not the most pleasant of combinations. The aroma of the foot is sweeter, though I can still detect some of the bitter elements from before. In addition, there’s nuttiness, some floral flavors and a Campari-like sweetness. Cold draws have lots of white rice flavors, a sugary sweetness and some earthiness. It’s medium-full and really highlighted by the distinct rice flavor.

As the smoke hits my palate, I pick up nuttiness, pine and peanut butter. It’s semi-sweet, hearty and medium-full. That semi-sweetness doesn’t last for long as the cigar gets noticeably sweeter. As the first third hits its stride—about 15 minutes in—the barnyard-infused earthiness is back, joined by peanuts, some butter-like creaminess, vanilla extract and woodiness. Once the smoke leaves my palate, there’s dark chocolate, earthiness, pasta and a bit of a plastic flavor. Retrohales are sweeter with ketchup, peanuts, earthiness, rice cakes and a spice mixture. The finish has a ketchup-like sweetness, oranges, leather, cinnamon and white pepper. Flavor is medium-full, body is medium-plus and strength is medium-plus. Flavor is medium-full, body is medium-plus and strength is medium-plus. Construction is great through the first third.

As I’m getting to the point where removing the secondary band is becoming a concern, the flavor profile has morphed into something very different. There’s a Ritz cracker-like breadiness over earthiness and lemongrass. I’m impressed with how much crisper the second third is compared to the first third, not that crispness was something I felt like needed to be improved upon. The finish is even crisper with the Ritz cracker flavor now joined by some of the barnyard-infused earthiness from before. While it might be crisper, it’s a tad bit harsher, though I’m not sure I can tell where it’s coming from and I certainly can’t identify what the exact type of harshness is. There’s seemingly an explosion of flavors now appearing in the retrohale: peanuts, leather, creaminess, straw, meatiness, vanilla and floral flavors. The finish isn’t lagging behind either as I pick up nuttiness, meatiness, floral flavors, citrus and some flavors that remind me of oyster sauce. Flavor is getting close to full, body is near medium-full and strength remains medium-plus. Two cigars need touch-ups in the second third to correct relatively minor, though lingering issues. There’s inevitably a long list of things I wouldn’t have seen coming for the final third of the Oliva Serie V Melanie Maduro No. 4, though it’s only one of them that actually happens. The profile in each cigar gets soapier. It’s subtle, though foreign enough that it is quite noticeable. Flavor-wise, there’s a more pedestrian mixture of earthiness, nuttiness and leather, though once again it’s accented by some soapiness. The finish is a bit more lively, the soap remains though there’s now the familiar earthiness, citrus, white pepper and a potato starchiness I can’t quite place. Retrohales have some perfume-like flavors along with sandalwood, rice cakes and leather. They finish darker and richer with toastiness, leather, grassiness and some generic roasted sensations. Flavor is full, body is medium-plus and strength is medium-plus. Construction gets to the end fine, though the smoke production is waning on one of the cigars. My thoughts on the Melanio Maduro have long been that I’d rather just smoke a regular Melanio. At the very least, the Melanio Maduro No. 4 has me rethinking that position. It’s not as good as the best sizes of the Melanio, but I think it might be as good as some of the vitolas. While I don’t have any complaints about the current state of the cigar, I am interested to see what will happen with a few more months in the humidor. Does the soapiness reduce itself? Is there a bit more sweetness to be had? Does the cigar develop a bit more edge? These are all questions I have and I’ve made a note to do a quick redux on this cigar to find out, but you shouldn’t wait until next April to find out, these are more than ready to be enjoyed right now.