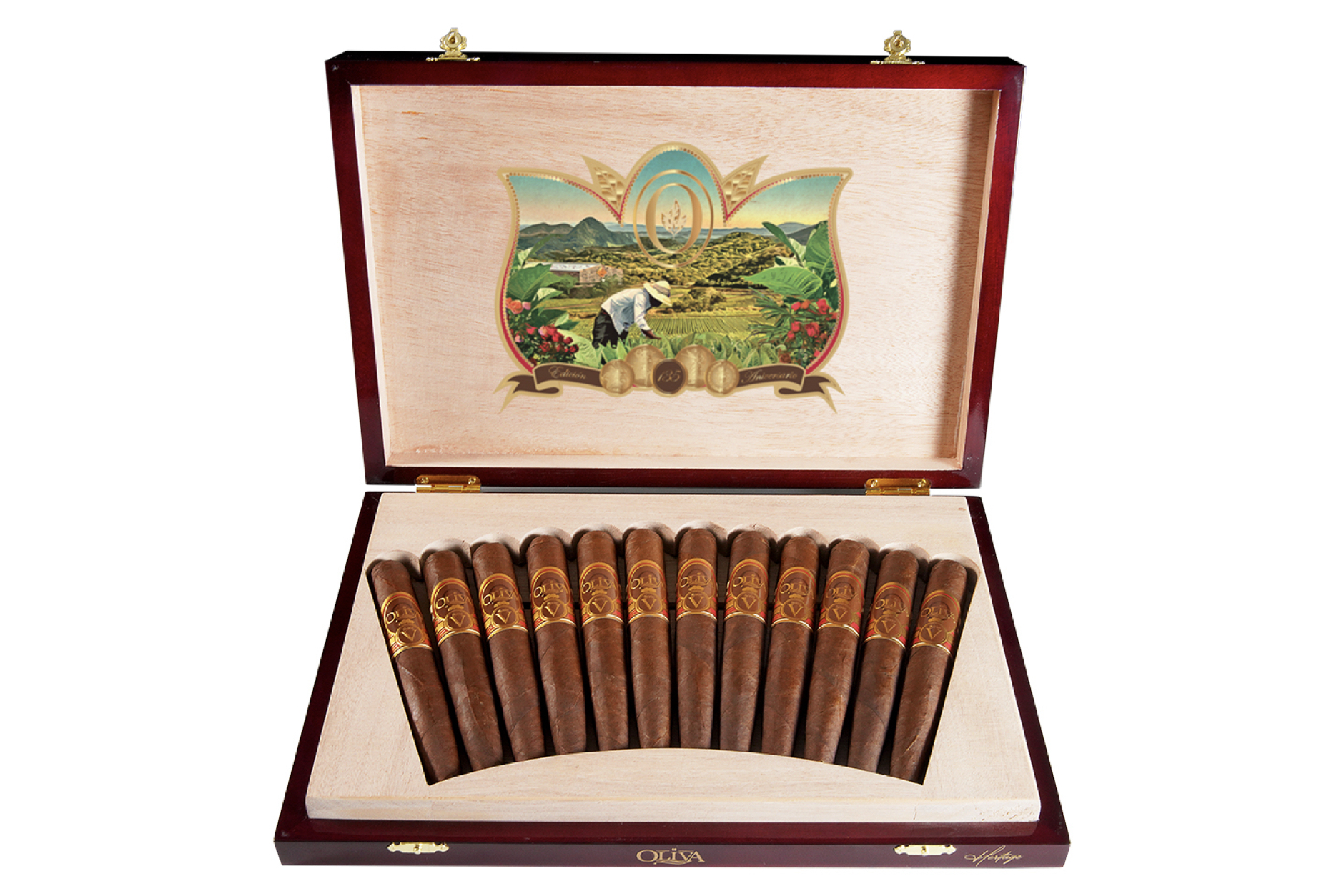 In 1886, Melanio Oliva began growing tobacco in Cuba’s famed Pinar del Río, an area with such a lengthy history of tobacco growing that before it was known by its current name, it was known as Nueva Filipinas due to the influx of Filipino workers who came to the area work the tobacco fields. His descendants would eventually leave Cuba for Central America, where they grew tobacco and started their own company. Now, that company that bears his last name is paying tribute to the 135th anniversary of that occasion.

The Oliva Serie V 135th Anniversary Edición Limitada is a 5 1/2 x 54 perfecto that uses the same blend as the regular Serie V: an Ecuadorian wrapper over a Nicaraguan binder and fillers from Nicaragua. It will come in a box that looks decidedly different than a regular Serie V, in large part due to the unique shape of the cigar, which is placed into boxes in a fan shape. On top is a picture of one of Oliva’s farms located in Estelí.

The MSRP is set at $10 per cigar and production is limited to 15,000 boxes of 12 cigars worldwide. While the cigar will be on display at next month’s 2021 PCA Convention & Trade Show, it will not begin shipping until October.