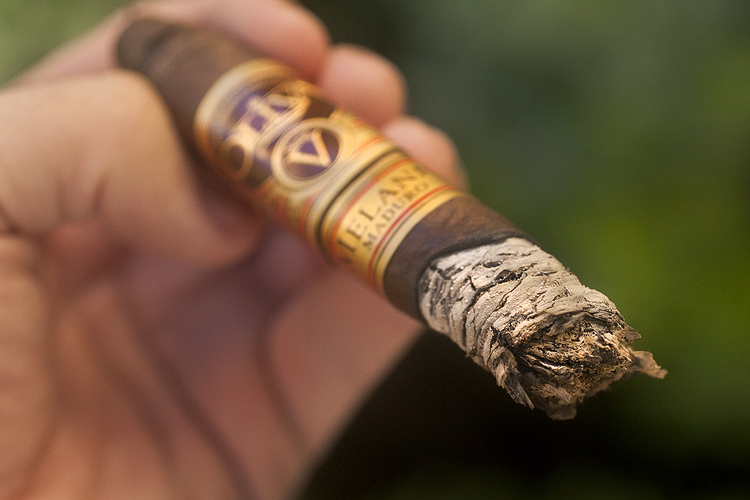 Building upon the success of the Oliva Serie V Melanio, last December Oliva announced that they were working on an Oliva Serie V Melanio Maduro that was slated for a Father’s Day 2013 release. While there was a fair bit of excitement about the announcement, it was tempered in May when it was announced that the release date had been pushed back to the IPCPR Convention and Trade Show in July, with shipping slated to begin shortly thereafter.

Unlike the five sizes that comprised the original Melanio release, the Melanio Maduro is being offered in just one vitola, a 6 1/2 x 52 Torpedo. This latest release replaces the original Ecuadoran Sumatra wrapper with a Mexican San Andrés Maduro leaf. The filler and binder stay the same: both are Nicaraguan from the Jalapa region of the country, which is said to offer a lot in the way in flavor but not so much in body. They are also some of the most aged fillers that Oliva has in their warehouse.

Here are all the Melanio vitolas released so far:

To help spur demand, the 10,000 boxes are only being sold at the show and it seemed sales were brisk on the first day. 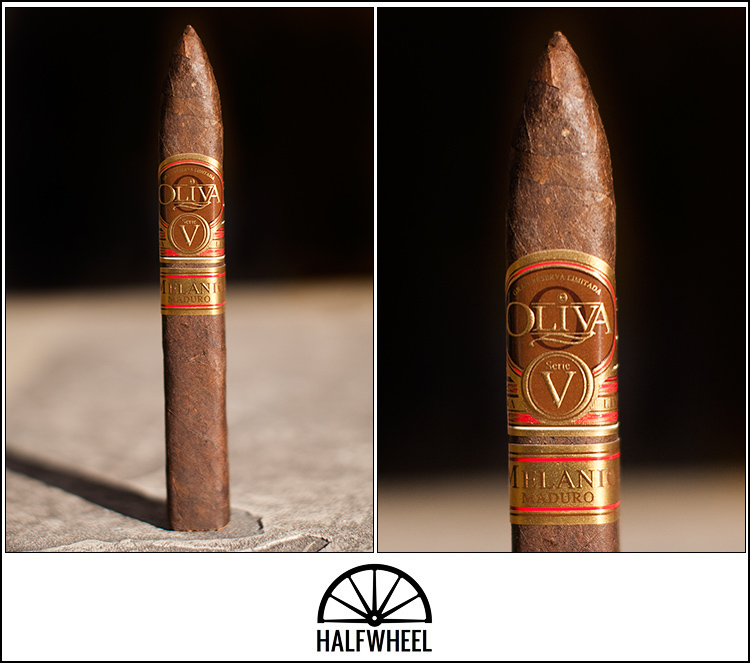 On its own, the Oliva Serie V Melanio Maduro doesn’t look that much darker than the original Melanio, but when you hold the two side by side, the difference is readily apparent, as the Maduro is much darker than its original brethren. The wrapper is smooth but with some distinctive texture at the head, minimal veins that look like they’ve been pressed flat and a bit of tooth. There’s a sneaky amount of spice tucked away in the pre-light aroma, as a sweet jam note is the first thing to greet you before a mob of pepper comes out from the shadows. There’s a bit of wheat toast in the equation as well that lends a dry crispness to the aroma and provides a bridge between sweetness and spice. The cold draw is surprisingly firm, compounded a bit by the narrow head of the torpedo shape. Flavors are a bit lacking here, as a subtle note of tobacco sets a baseline that sits largely on its own. While the foot of the cigar looks to be a bit underfilled, the head of the Oliva Serie V Melanio Maduro looks almost overfilled, and the cigar is uniformly firm from top to bottom.

While it’s not overpowering, the Oliva Serie V Melanio Maduro has a healthy bit of spice in the first few puffs and offers a decent bit of concentrated earth notes to create a robust first impression. With the burn line about half an inch along, the flavor picks up but the intensity almost backs off a bit, as what gets added is flavor on the periphery: it’s almost just pure, light-bodied smoke, and it doesn’t really add much to the overall profile. Clay, earth and a touch of mineral notes combine to form a taste of soil that shows the terroir of the Mexican San Andrés  wrapper very well. 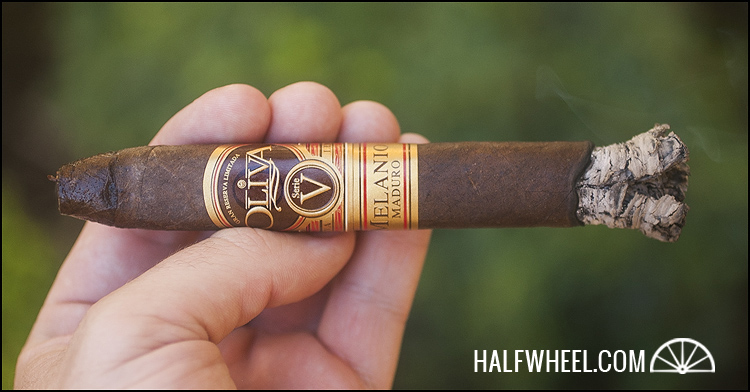 In the second third, a woody undertone starts to guide the flavor profile with the pepper reentering the equation with a sneaky vengeance, going right after the nostrils and the top of the throat. The flavor at the midpoint isn’t overpowering but is very engaging and begs you to pick apart the notes it offers. Just past the midpoint, my palate registers a flavor that is much richer in soil and clay than what was present earlier. A solid black pepper note carries the cigar into its final third and sets up a flavor that will give my taste buds something to reckon with. While the thought of a Maduro wrapper often conjures up thoughts of sweetness, there is none to be found here, as the Maduro process brings out the notes of earth notes much more than any kind of sweetness. The final third of the Oliva Serie V Melanio Maduro ratchets up the complex earth note, with a dry note of clay and brick dominating the palate and a peppery note providing the underlying kick. It’s medium-plus in both body and strength at this point, and really seems to be honing itself in flavor wise for the final puffs. The earth and pepper keep the body at a medium-plus to just shy of full level, almost red lining the medium-plus note as it didn’t seem able to shift into a higher gear of richness, fullness and complexity. The cigar doesn’t seem to want to burn much more with about an inch and a half left, as the combustion really slows and frequent relights deliver only minimal return. For me, the Oliva Serie V Melanio Maduro is a bit closer to the original Serie V than the Serie V Melanio was, and that is both good and bad. The Oliva Serie V ranks as one of my all-time favorites and is a standard go-to cigar for me, and I think I'd still take it over both versions of the Melanio. The Melanio Maduro lacked just a bit in the richness department, and the tight draw left me a bit fatigued, though I did enjoy it. It's a limited edition that is sure to be in demand, so I'd be lying if I said I wasn't thinking about buying a box, but I have a feeling that while it's good, make that very good, it's not going to cross over to earning the distinction of being downright great.