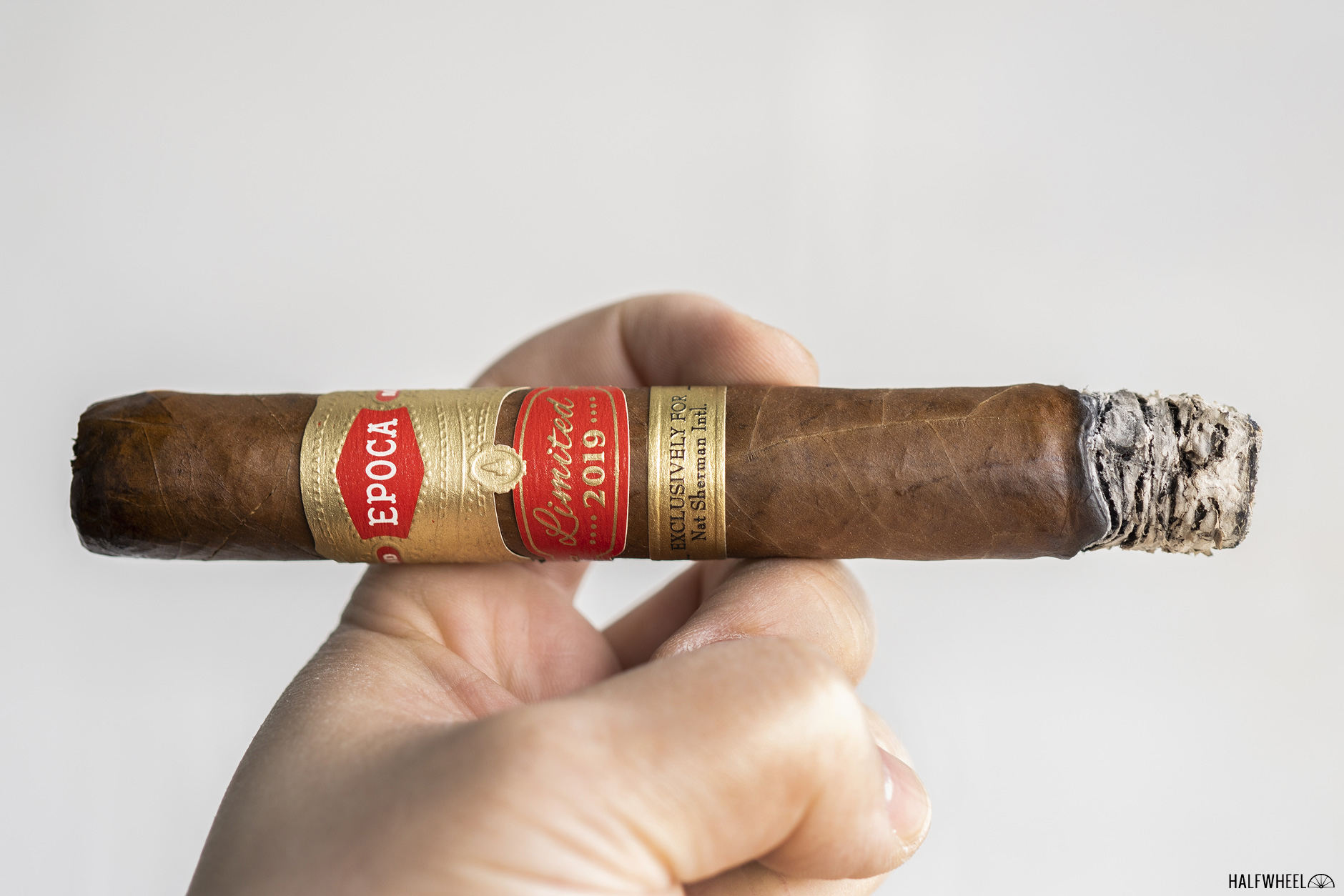 While many would want to blame that on Altria’s acquisition of the company in early 2017 and the changes that were necessitated by the acquisition, it wasn’t like the company was releasing that many new products before the acquisition. After the company went through an extensive rebrand, the first of the new cigars was the Nat Sherman Timeless 2019 TAA Limited Edition, which as the name implies, was an exclusive for the retail members of the Tobacconists’ Association of America.

There were two more limited editions, including another one for the Timeless brand and another for the Epoca brand. The latter is the Nat Sherman Epoca Limited Edition, the first limited edition for the Epoca brand, which is normally made by Quesada in the Dominican Republic. However, this cigar is made by Plasenica in Nicaragua and offered in a single 6 x 52 toro size containing only Nicaraguan tobacco. I’ll admit that I don’t find myself smoking Nat Sherman Epocas very often, but I seem to recall the normal Epocas lighter than this. A quick stroll through the archives in our humidors suggests that I would be correct. Note: I wrote this sentence before I did any research on the cigar, more on that in the final notes section. The aroma from the wrapper is medium-full with quite a bit of acidity as well as some smells of pizza dough and some floral flavors. The foot is much different, nearly full with a bit more saltiness than acidity. I still find some of the floral flavors, though now joined by cookie dough and a touch of paprika. The cold draw tastes a bit like a chocolate Frappuccino: sweet, creamy, muted chocolate and some coffee. One sample shows a bit of blood orange on the cold draw, though it doesn’t make it into my notes for the other two cigars.

The Nat Sherman Epoca Limited Edition 2019 begins toasty with some cedar. Unlike the cold draw, the opening puffs are neither particularly interesting nor sweet. Fortunately, things develop after a half-inch or so. It eventually settles into a profile that is led by burnt cedar over some coffee beans and a dry cacao flavor. Retrohales are earthier with a burnt cinnamon roll flavor and pizza dough. The finish reminds me of soba noodles along with some acidity, cedar, coffee and strawberries. I’m not sure exactly how to describe this, but the overall profile is just a bit too clingy for me. It just seems like the flavors stick to parts of my palate a bit longer than I’d like, making it more challenging for me to find different flavors from the ones that initially hit each part of the palate. Flavor is full, body is medium-full and strength is nearly full. Construction is excellent, though each of the cigars seem to have some damage from the cutting process.

While there were touches of saltiness at various points of the first third, it becomes a steady part of the profile in the second third. Fortunately, there’s still a cedar flavor that remains the dominant flavor, though it’s less toasty than before. Retrohales become super interesting with blood orange, some smoked chicken, a gose-like saltiness and nuttiness. The finish has nutmeg, peanut shell, black pepper and some saltiness. Flavor is full, body is medium-full and the strength is close to full. Construction remains excellent. To varying degrees, each of the three Nat Sherman Epoca Limited Editions is physically unraveling during the final third. Fortunately, the cigar still tastes good. There’s French bread, lots of cedar and saltiness, the latter of which is starting to get a bit overwhelming. Retrohales are similar to the first third, though the cinnamon roll-sweetness is now joined by earthiness, a bit of citrus and saltiness. Thing finish with saltiness, earthiness, apples and a broccoli-stem flavor. The sample that got photographed is probably the worst of the bunch when it comes to the unraveling, though outside of a couple of touch-ups I manage to get through the end of the cigar. Just a touch less salt and the Epoca Limited Edition 2019 is knocking on the door of being an excellent cigar. There are flashes of brilliance, most notably the retrohale on the second third, and I think the saltiness plays well with a lot of the other favors. But after two hours of smoking the cigar, to the point where it is falling apart, I’ve had too much saltiness. Don’t let the picture from the final third dissuade you, this is a great cigar and one that is more than worth the price of admission.