The cigar is a Dominican puro made at the Quesada Cigars factory in the Dominican Republic. It is limited to 1,500 boxes of 10 cigars produced for a total of 15,000 cigars, each priced at $14.50. 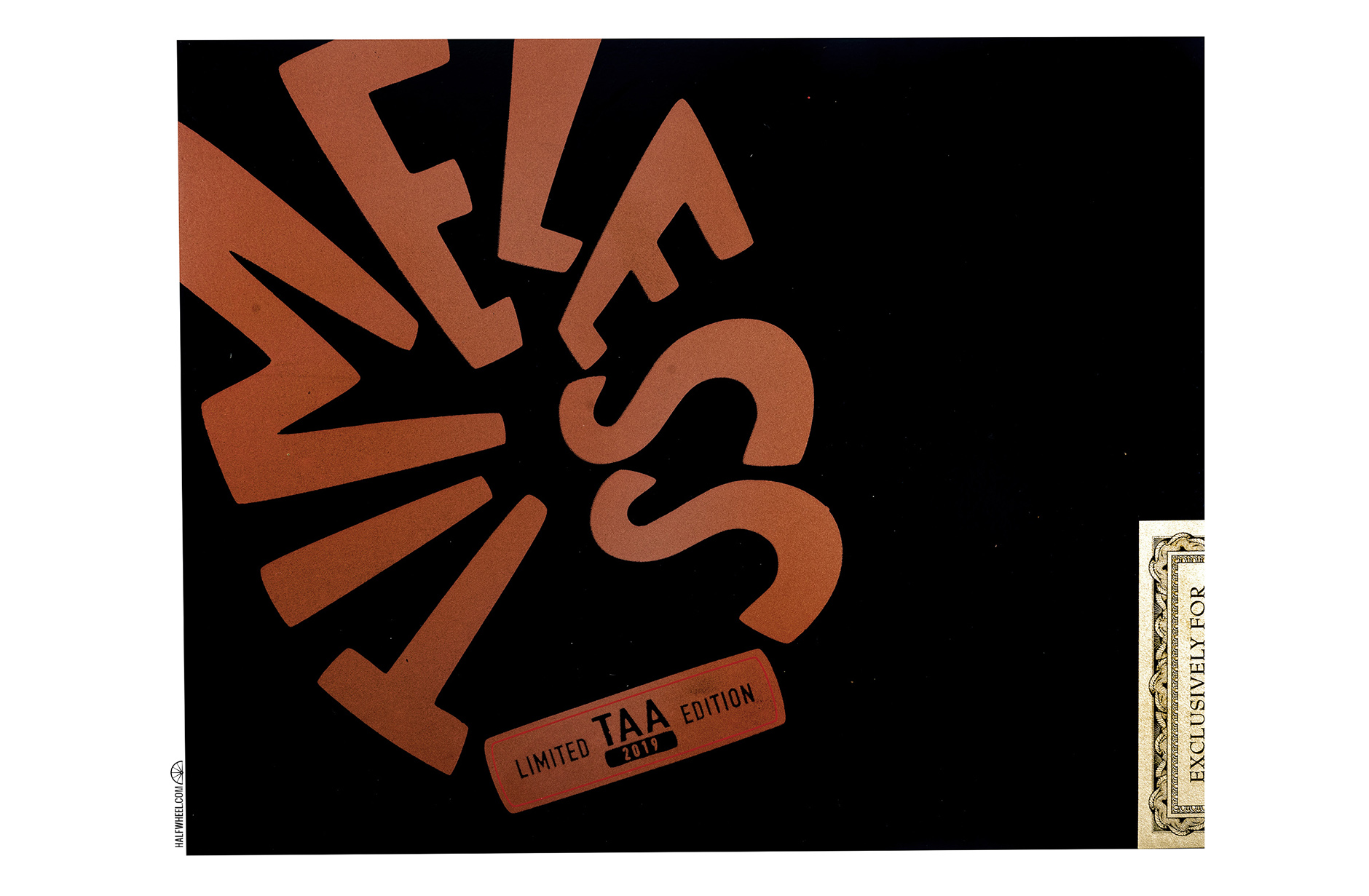 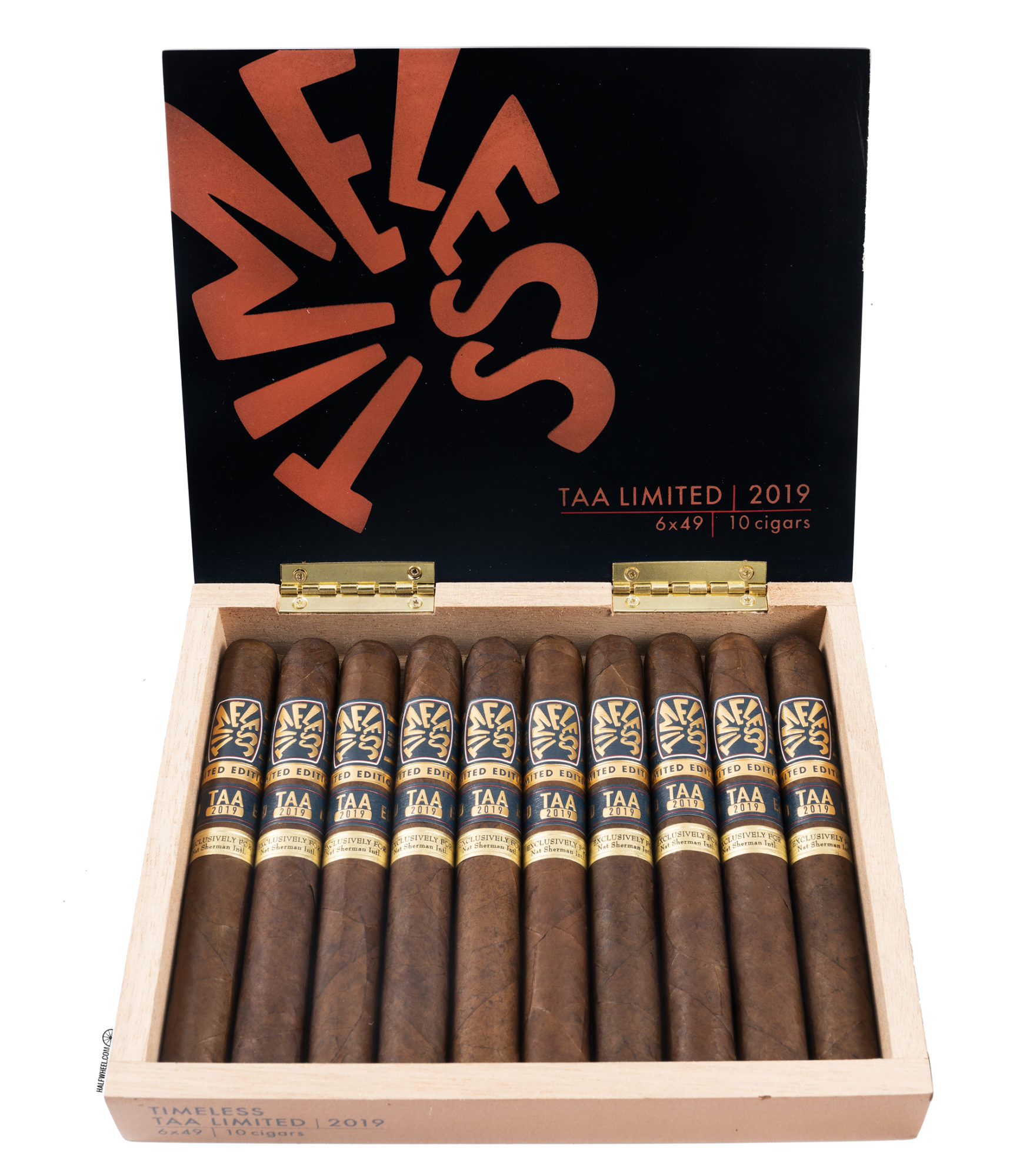 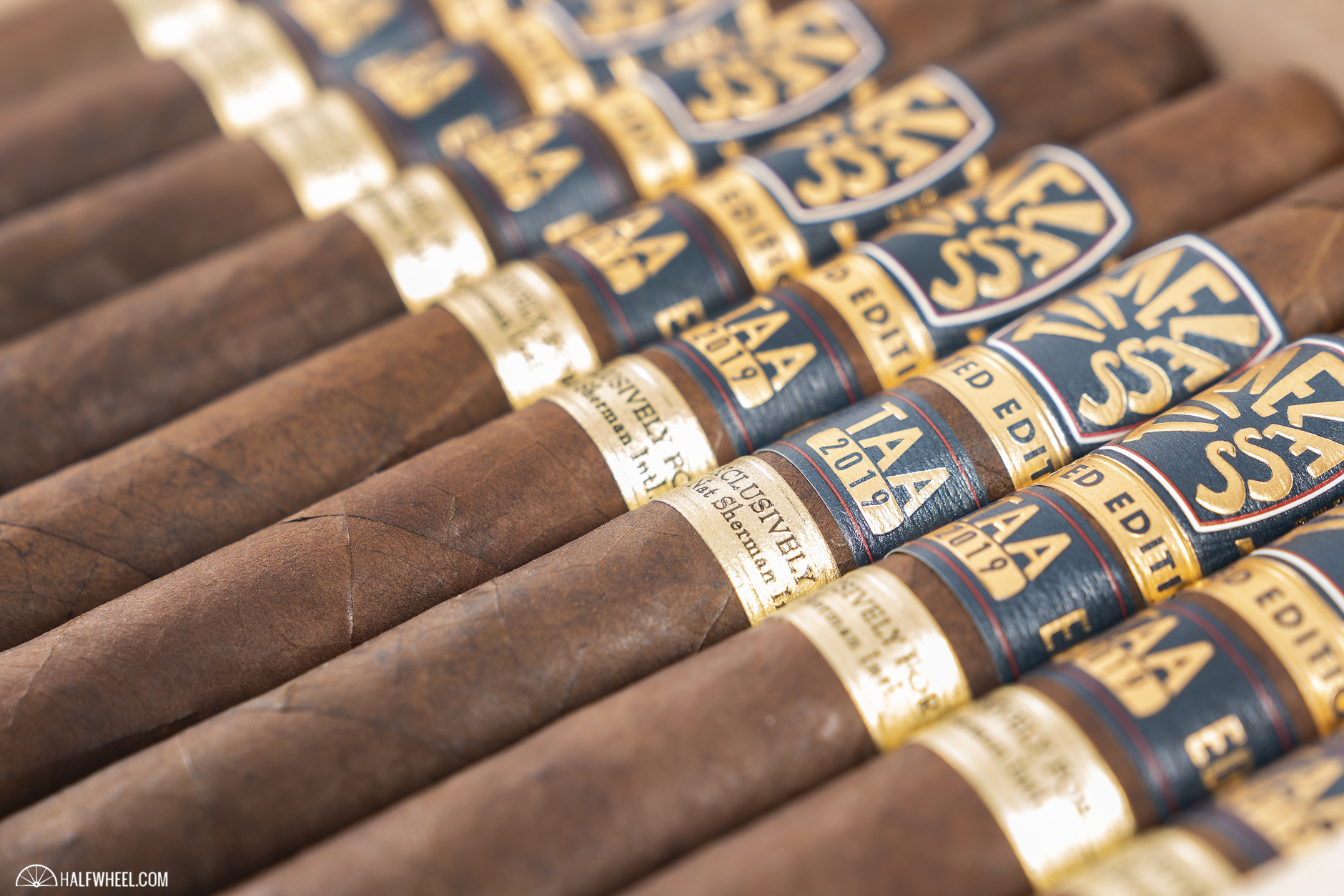 “We are offering this incredibly special cigar to an equally special group of retailers,” said Michael Herklots, vp of Nat Sherman International, in a press release at the time of the cigar’s announcement in March. “This project has been in the works for just over a year, and the cigars are enjoying their final stages of cold aging, preserving the tobacco’s rich characteristics while allowing proper marriage of essential oils, and balancing of humidity.”

It’s not the first time that Nat Sherman has made a cigar for the group, though not in the way most commonly seen. In 2014, the company released the Nat Sherman Panamericana as an exclusive for the Nat Sherman Townhouse in Manhattan, then in 2015 made it available to members of the TAA. Also different is that It was a line that at the time had four sizes in it, as opposed to just a single vitola release that the group usually receives. It would add three more sizes in 2016, and then in Nov. 2018, the exclusivity would end as Nat Sherman opened the line to all retailers.

As has been documented before, the TAA is a group of some of the country’s top tobacconists, about 80 retailers, many with multiple locations, as well as 40 or so manufacturers. The association gathers annually to discuss issues facing the industry and retailers, as well as to have its annual trade show, a unique event that works on a group buying format in order to secure exclusive deals for these generally high-volume merchants. The TAA also has what is referred to as the Exclusive Series program, cigars or vitolas made exclusively for the group. 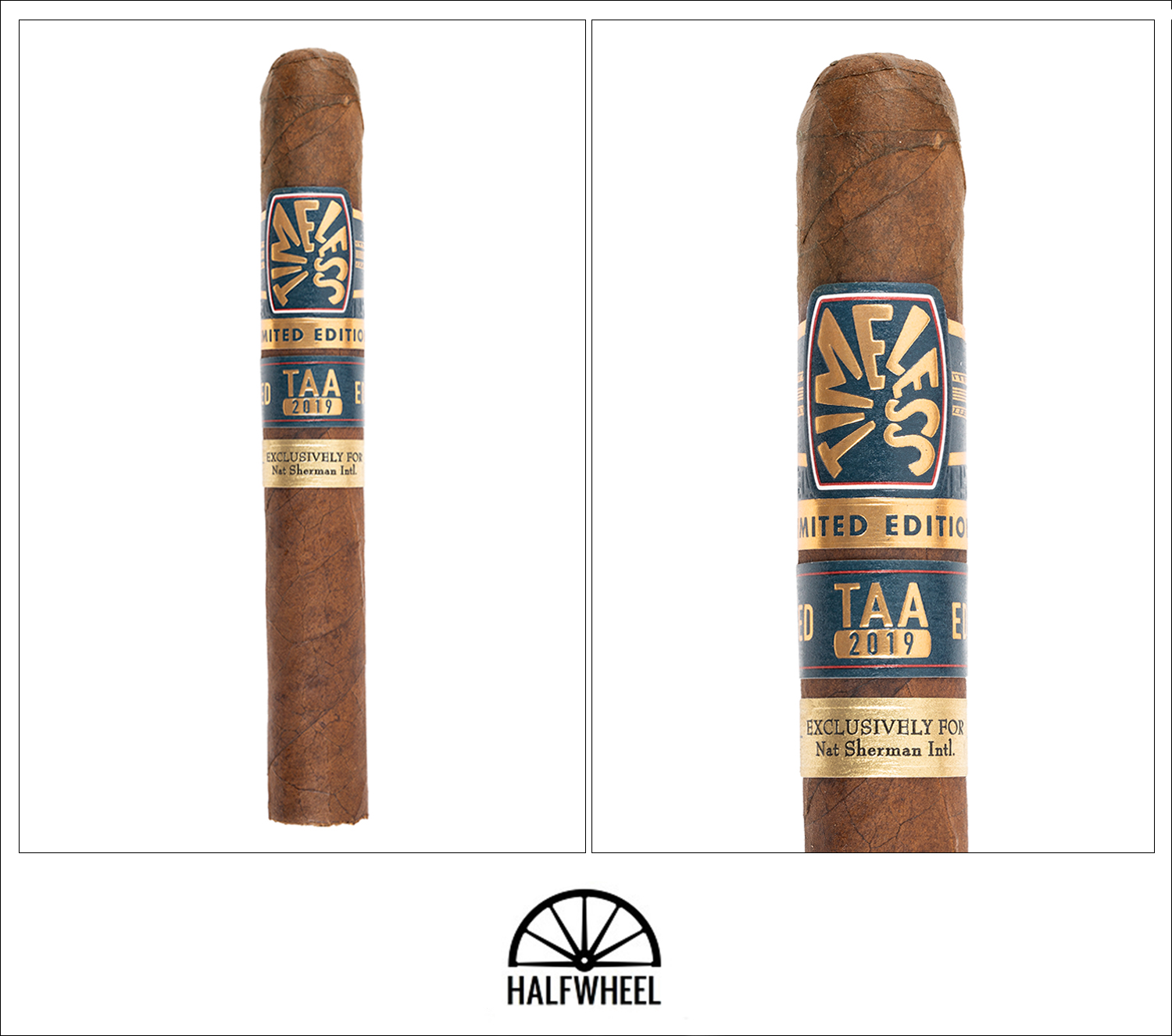 The Nat Sherman Timeless 2019 TAA Limited Edition is a very attractive cigar, both due to its coffee bean-brown wrapper hue and its wonderful combination of navy blue and an almost copper-like gold on the two main bands. The combination works well with the dark brown shade of the wrapper, definitely conveying a more mature and refined presentation that fits well with the Nat Sherman brand. The cover leaf is very even in shade, with a small network of noticeable veins, and the close one looks and rotates the cigar, the easier it is to see and appreciate nature’s beautiful network. There is some give to the cigar when I inspect it, the first is just a touch soft while the second is dense but not hard and the third is too firm to squeeze, making for a Goldilocks situation. From the foot, I get an aromatic mix of tea that flows into dry leaves, while there seems to be some cream lingering in the background and only a suggestion that there might be some pepper. Air moves easily on the cold draw of the first cigar, with the creaminess stepping forward a bit and getting accented by some baking spices and just the slightest suggestion of pepper. Subsequent samples see the draw calibrated in line with the firmness—meaning a firmer or overly firm draw— with a bit of raisin or rum cake appearing sporadically.

The first puffs of the Nat Sherman Timeless 2019 TAA Limited Edition are immediately engaging, delivering an interesting pepper sensation that leans towards black pepper through the nose, dry soil, and a sarsaparilla flavor, though interesting what I’d imagine it would taste like if one were to dehydrate the beverage into a powder. There are also some notes or pretzel buns mingling in, though they are more apparent through the nose when there. As the burn line progresses, it seems that I get more and more smoke from the cigar, and at the one-inch mark each draw results in a mouthful of soft, creamy white smoke. I’m also beginning to get my first tastes of terroir from the cigar, which given the prominence they take could become a key part of the flavor going forward. The draws have generally evened out among the three samples though there is still some variance that will likely get reflected in three fairly different smoking times. Flavor is medium-plus while strength is medium to medium-minus so far. 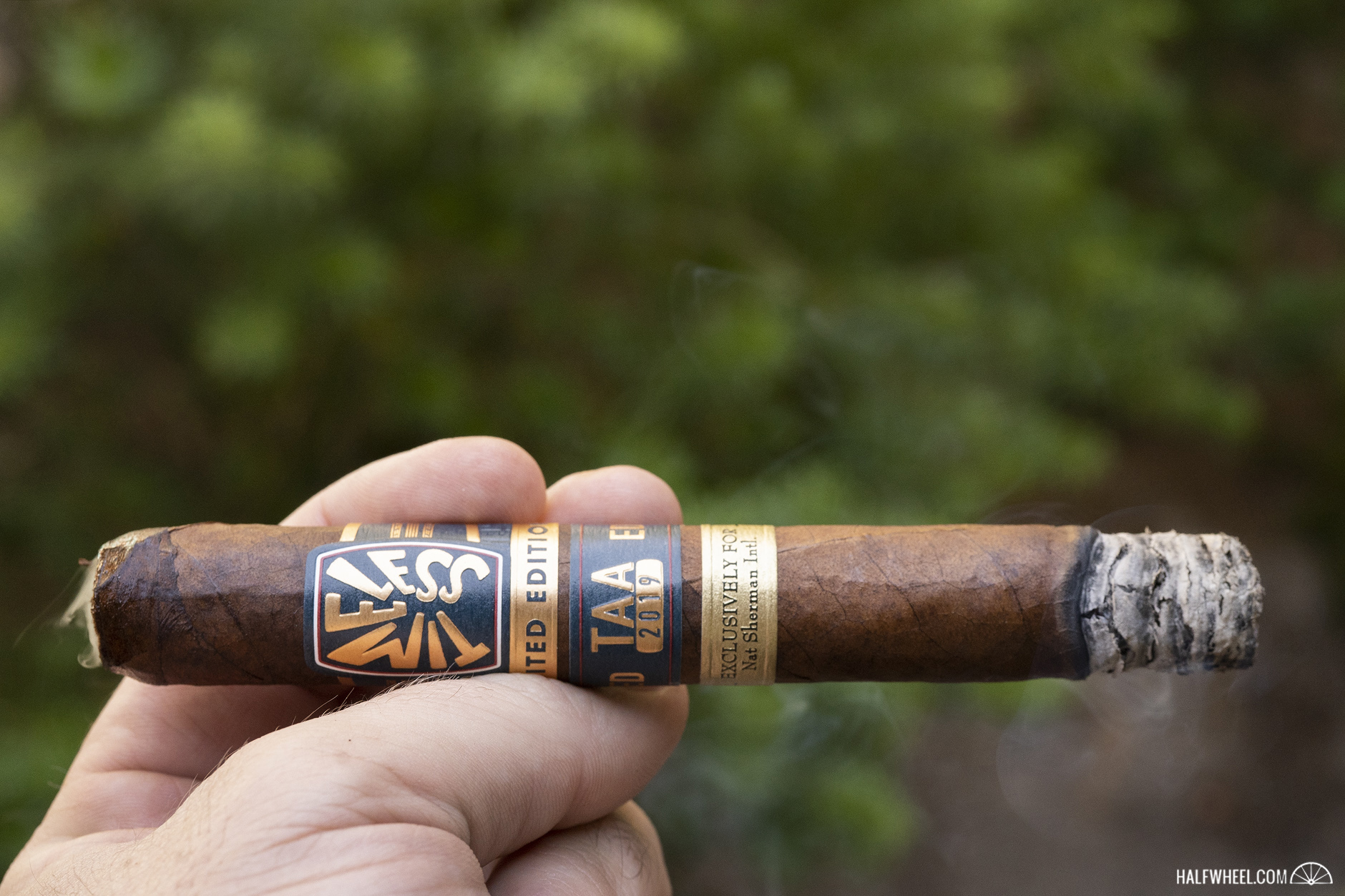 The second third of the Nat Sherman TAA 2019 release doesn’t see much change from the first third, as retrohales still lead with white pepper while the tongue gets a mix of light lumber and earth, with a trailing black pepper that really tingles the tongue. There’s still a bit of loamy earth in the mix as well, scaled back a bit from its initial appearance, but it begins to have a bit more of a defined role in the profile. While it might not go hand-in-hand with that, the Timeless begins to leave a bit of irritation, so puffs become a bit more measured, though in the case of the first cigar it seems exacerbated by the open draw as the second is much smoother while the third sits at a mild but noticeable level of distraction. All of the technical components perform well, with plenty of smoke, an even burn line and a draw that still varies from a tick open to a bit firm for my preference. 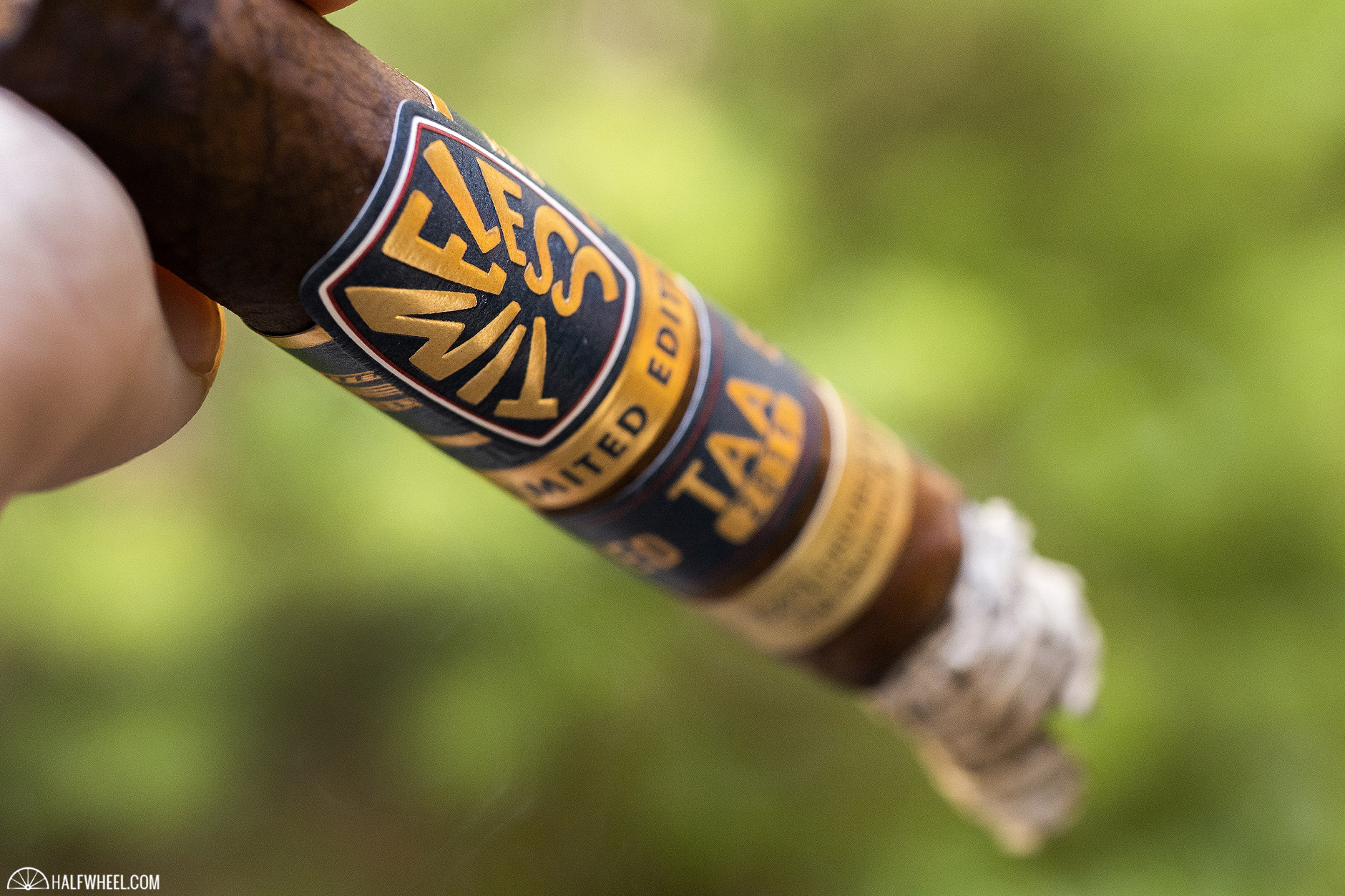 The smoke becomes more present in the mouth at the start of the final third by stimulating the tongue with a bit more focus, which results in a brighter tingle at the exhale of each puff. The profile remains on the dry side, and while there has been some flirting with creaminess, the cigar has never really embraced it. White pepper becomes more dominant on the palate, bringing it in lockstep with retrohales, though the finish of the two back-to-back leaves a red chili pepper heat in my airways. There’s still some underlying rocky soil and Dominican terroir, by far the most pronounced expression of it to this point, and it starts to become the driving factor in the profile, which isn’t a win for my palate. The cigar finishes up with a bit more of a dry, somewhat irritating profile that isn’t really driven by pepper or anything in particular, but still leaves a bit of a scratchiness in the mouth and a bite on the front of the tongue. The technical performance is still fairly problem free, with only one instance of a touch-up needed among the three samples. 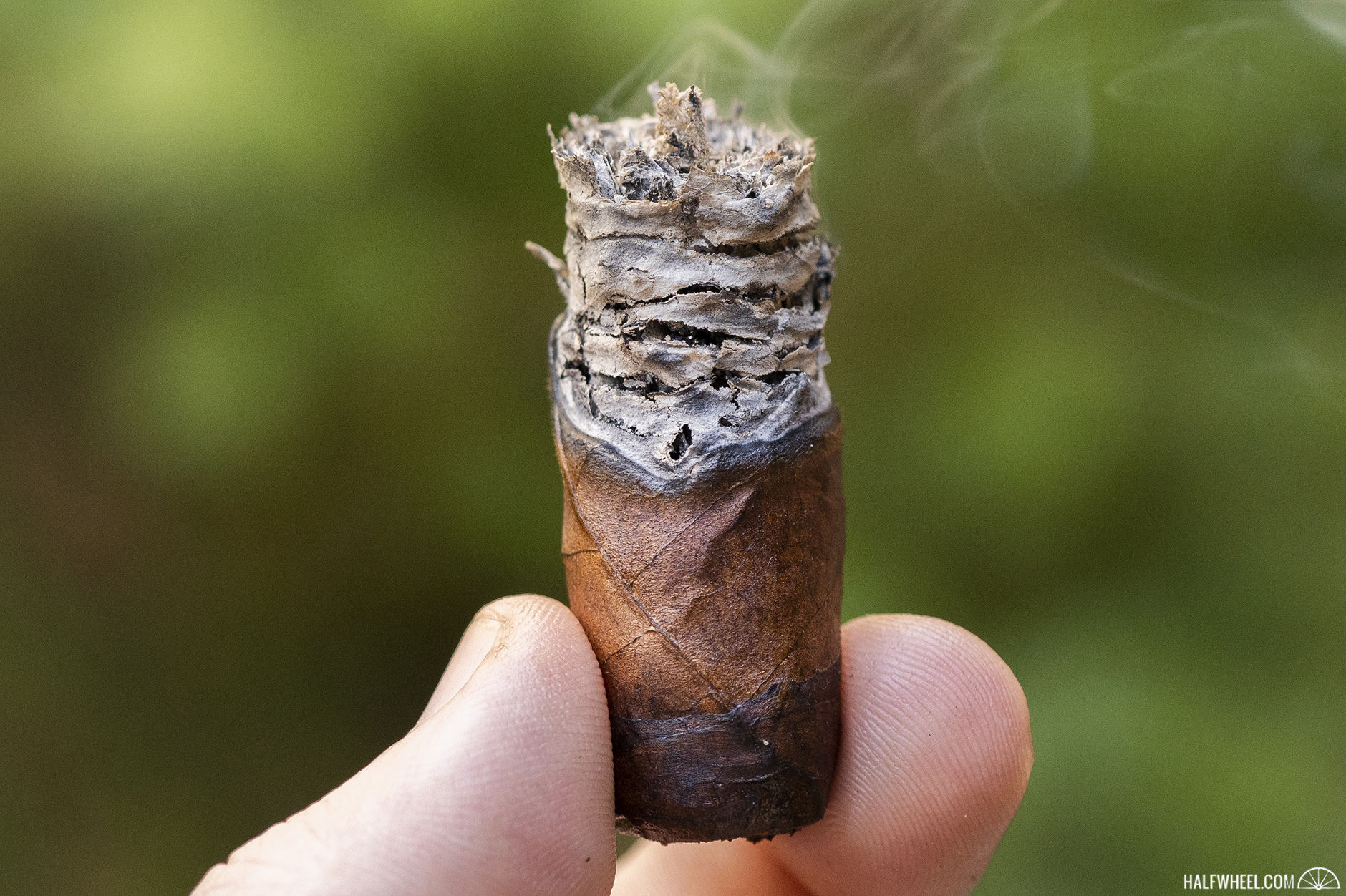 While I enjoyed the bulk of what the Nat Sherman Timeless 2019 TAA Limited Edition had to offer, the earthiness and terroir proved to be a bit too much at times, particularly in the final third where it—and possibly some other odd flavors—took over the profile to the point of costing the cigar a couple of points in each sample. While none were overly problematic, I was a bit concerned by the variance in the roll and draw, which is exhibited by the wide variance in smoking time, as it makes me wonder just how wide it is across the entire batch. I'll be intrigued to see how this performs when I inevitably redux it down the road; if the terroir matures and develops a bit, this could be a much different and more enjoyable smoke than what I was able to get out of it now.