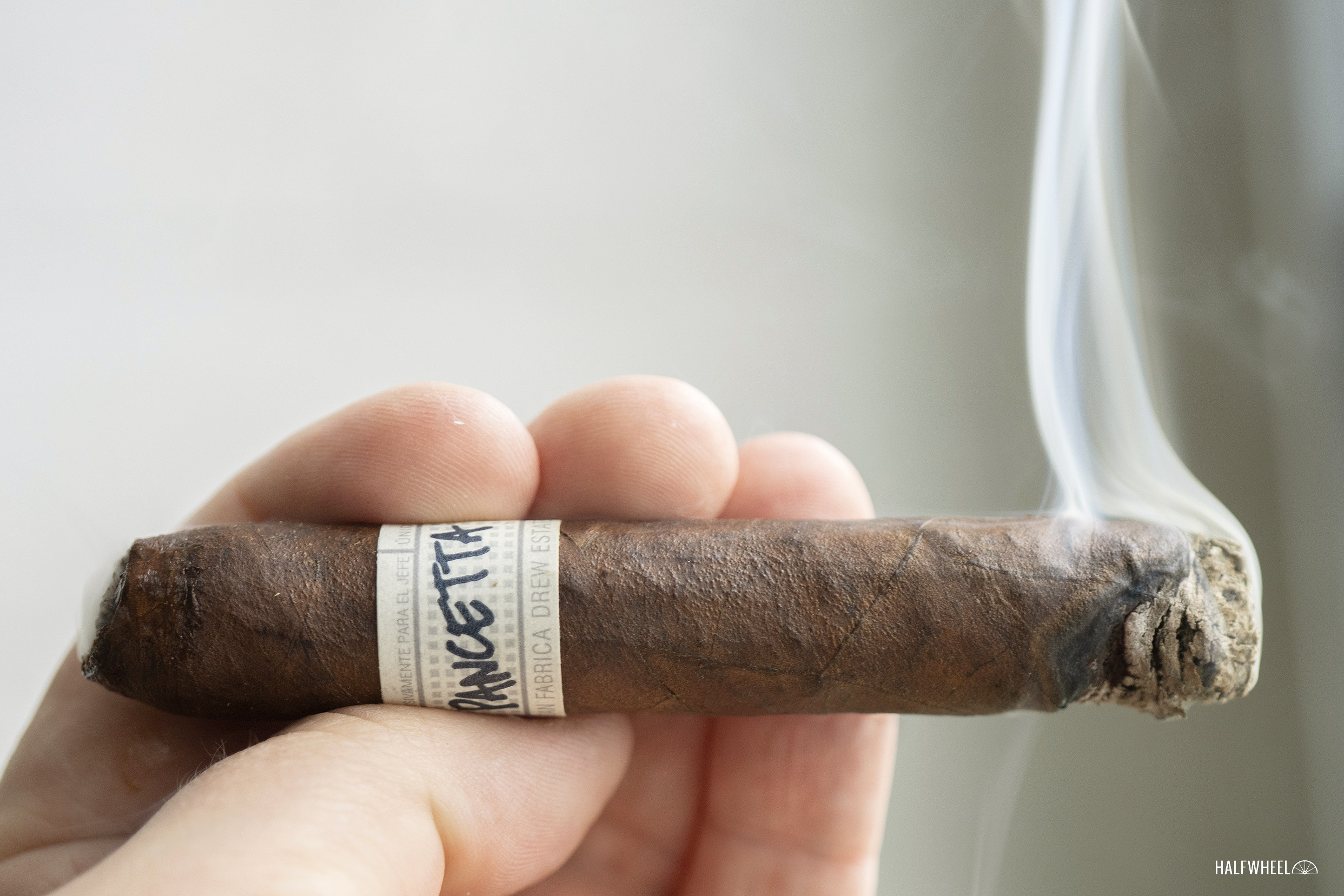 While Drew Estate is no stranger to uniquely named cigars, the Liga Privada brand has a number of releases incorporating monikers that could come straight from a kitchen.

In October 2019, Drew Estate announced the newest addition to the Único Serie at the time, a 4 3/4 x 50 belicoso named Pancetta. However, unlike most of the releases in the series up to that point, the Pancetta was a Liga Privada Lounge exclusive for two different stores: Wooden Indian Tobacco Shop in Havertown, Pennsylvania, and Union, New Jersey-based Barrister Cigars.

The Pancetta returned almost a year later in September 2020, when the cigar was once again released exclusively at Wooden Indian Tobacco Shop and Barrister Cigars. While production numbers were not released, the price of the cigars remained the same: $12.46 per cigar or $299 for a box of 24. It would appear this cigar will be similar to the UF-4, an exclusive to Casa de Montecristo of Countryside, Ill. that is released once per year at the store.

Blend-wise, the Pancetta incorporates a Connecticut stalk-cut and -cured habano wrapper covering a Brazilian mata fina binder as well as filler tobaccos from Honduras and Nicaragua.

“The Pancetta brings us back to the early days of the Liga Privada brandmark, representing the important brick & mortar friendships that deeply contributed to our initial success with the brand,” said Jonathan Drew, co-founder and president of Drew Estate, in a press release. “Barrister Cigars and Wooden Indian were among our first accounts, immediately understanding the vision and showing the love and passion for the brand.”

There have been 16 different blends released in Liga Privada’s Único Serie so far. 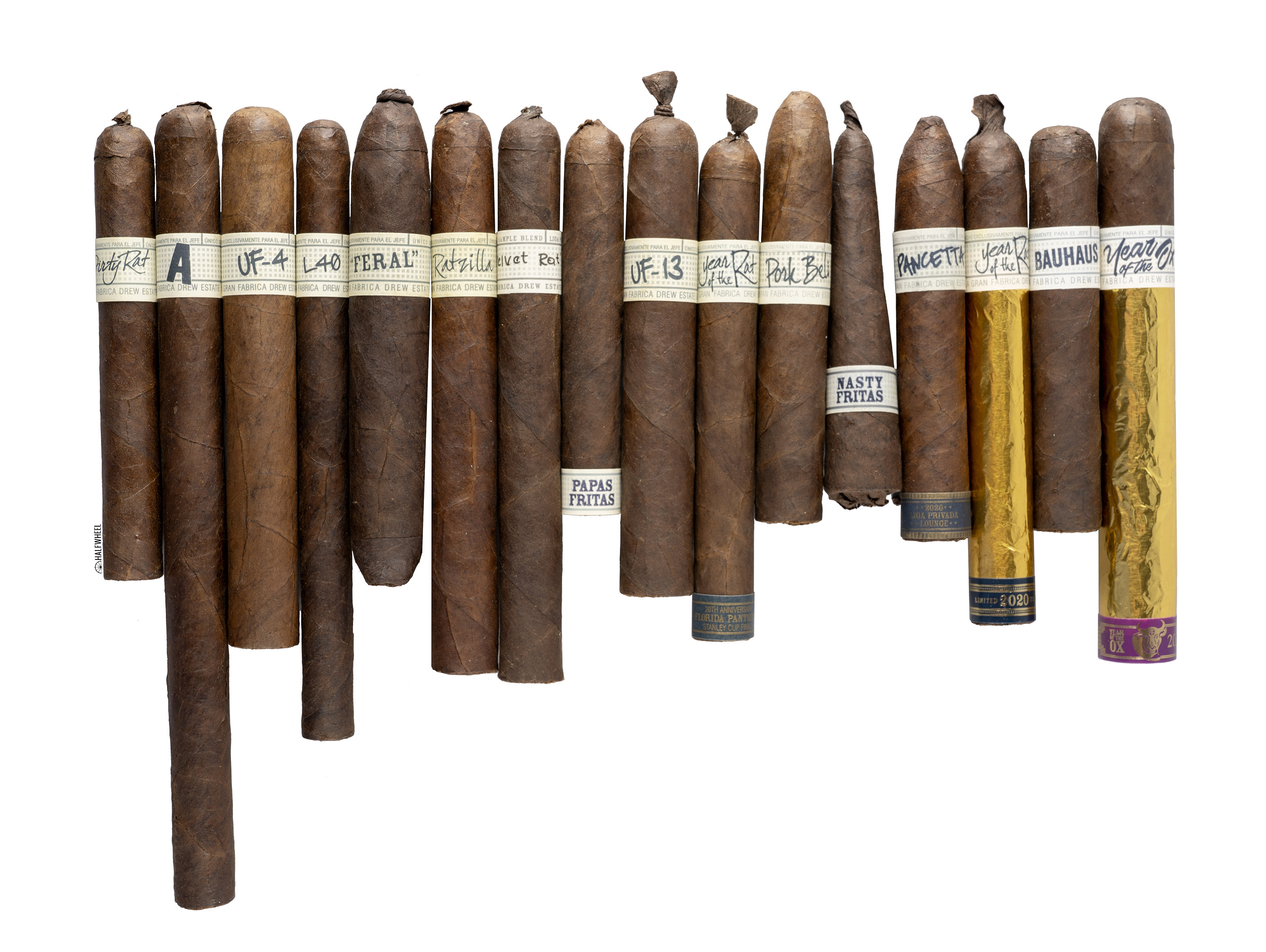 From a physical standpoint, the Pancetta is noticeably diminutive when held in my hand while also being a bit lighter than I expected. It is covered in a dark espresso brown wrapper that is covered in prominent veins and looks like it was dipped in a vat of oil just before being packaged up. The aroma from the wrapper and foot is a combination of rich espresso beans, cocoa nibs, earth, leather, prunes, cedar and rich raisins while the cold draw brings flavors of strong, dry hay, barnyard, leather, earth, salted peanut shells, cedar and raisin sweetness.

Starting out, the Pancetta features immediate notes of gritty earth and charred meat, followed by secondary flavors of salted peanut shells, anise, sourdough bread, freshly roasted coffee beans, cedar and hay. There are minor amounts of spice on my lips as well as black pepper on the retrohale, while the latter also features a very distinct raisin sweetness that seems to have been pulled over directly from the cold draw. Construction-wise, there is an abundance of thick, white smoke emanating from the foot and the draw is excellent after a Dickman cut, but the burn takes a turn early on that results in a couple of touchups. The strength of the cigar starts out well above the mild mark and while it does increase steadily, it still falls short of the medium mark by the time the first third comes to an end.

The combination of charred meat and earth continues to take the top spot in the profile of the Pancetta during the second third, with notes of toasted bread, leather tack, hay, espresso beans, cedar and cocoa nibs flitting in and out at various times. Both the spice on my lips and black pepper on the retrohale are essentially unchanged, but the raisin sweetness from the first third has morphed into more of a cherry note, albeit one that is not quite as strong or as distinct. In terms of construction, the burn continues to give me issues—albeit fairly minor issues—which force me to use my lighter but both the draw and the smoke production show no signs of getting worse or letting up respectively, and the strength level has increased enough to pass the medium mark by the end of the second third. While flavors of earth and charred meat have no problem topping the other notes in the profile of the Liga Privada Pancetta during the final third there are a number of other changes, starting with the strength, which continues to build until it is just below the full mark. In addition, although new secondary flavors of nutmeg and bitter dark chocolate are added to the list of already existing notes that include cedar, creamy hay, bread, peanuts, and coffee beans, they are quite a bit less distinct than in the previous two thirds. Unfortunately, while the draw and smoke production continue along their excellent path, the burn has not gotten any better, and I have to touch it up a couple of times before I put the nub down with about an inch remaining. Since it debuted in 2010, the Único Serie has featured a combination of releases that range from very decent cigars all the way up to some I would consider to be instant classics. As a blend, the Pancetta falls somewhere in the middle of those two extremes: while the first two thirds are full of rich and complex flavors of charred meat, earth and sourdough bread, the profile noticeably falls apart in the final third, resulting in less distinct sweeteness and flavors. In addition, the burn issues were bad enough that I did not go one third without needing at least one touchup to keep things from getting out of control. Even with all of that said, the first two thirds of the Pancetta are easily enjoyable enough to warrant a recommendation, assuming you can actually track one down.