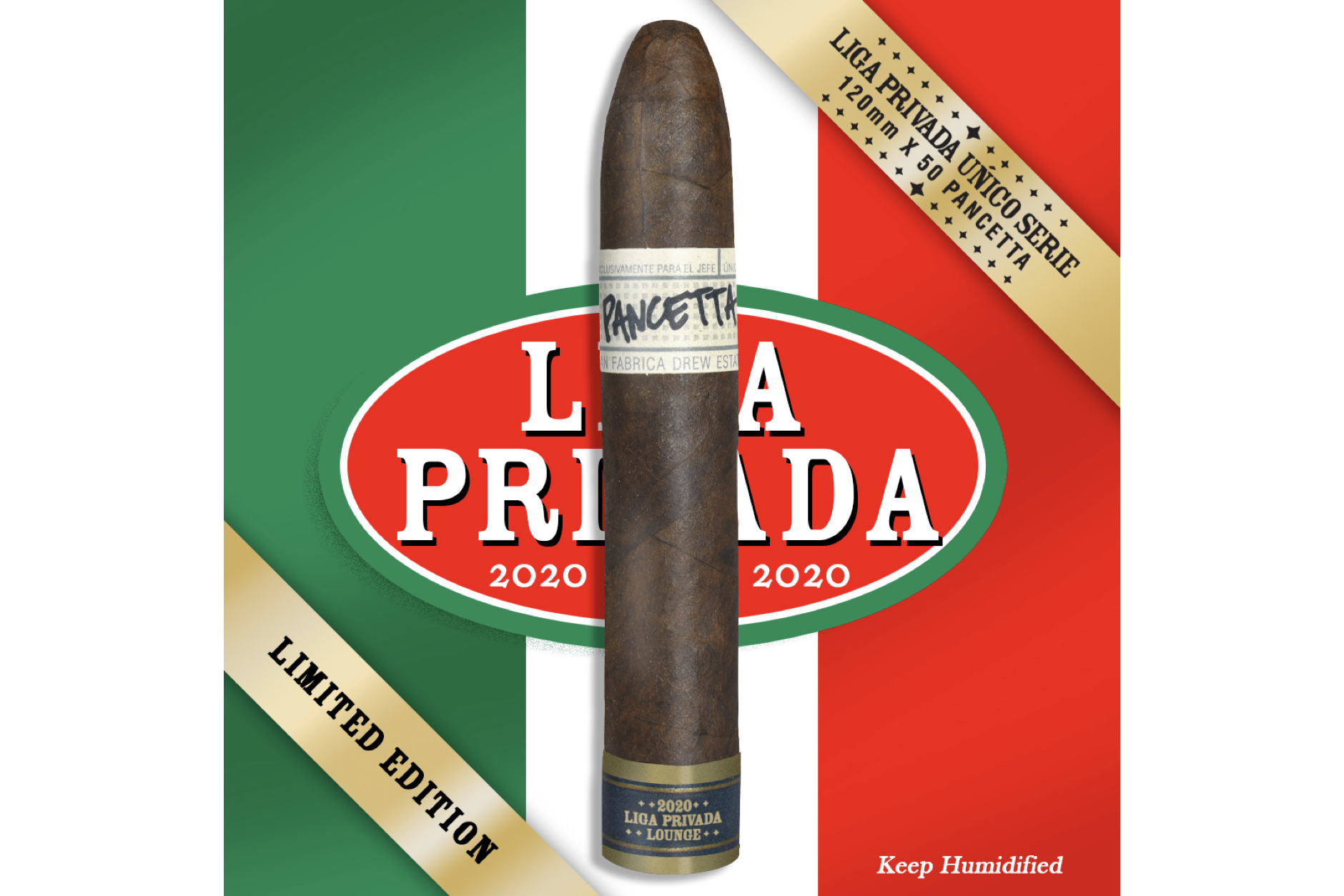 The Liga Privada Pancetta will return next week.

On Sept. 25, Drew Estate will host a virtual event with Barrister Cigars of Union, N.J. and Wooden Indian Tobacco Shop of Havertown, Pa. to release the 2020 version of the Liga Privada Único Serie Pancetta.

The 4 3/4 x 50 belicoso uses a Connecticut stalk-cut and -cured habano wrapper—the same wrapper that is found on the Liga Privada T52—a Brazilian mata fina binder and the Honduran and Nicaraguan fillers that are used for the Liga Privada Feral Flying Pig.

Pancetta debuted last year at the same two stores, both of which are longtime supporters of the Drew Estate brand.

“The Pancetta brings us back to the early days of the Liga Privada brandmark, representing the important brick & mortar friendships that deeply contributed to our initial success with the brand,” said Jonathan Drew, co-founder and president of Drew Estate in a press release. “Barrister Cigars and Wooden Indian were among our first accounts, immediately understanding the vision and showing the love and passion for the brand.”

Drew Estate has not disclosed production numbers for Pancetta.

Customers can register for the event here.