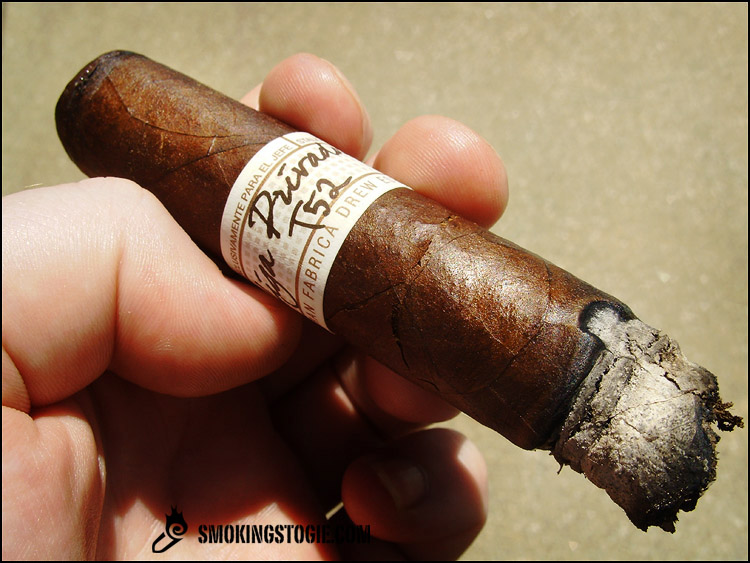 When Jonathan Drew of Drew Estate fame told me he was sending me a few samples to smoke and review, I said “awesome, can’t wait!” Inside the package I received from Drew Estate were some samples of a cigar called the JD4, which we will get into at a later date when we review it and a few T52 Double Coronas.

Now, if you are thinking to yourself, “umm, Steve, I don’t believe there is a T52 Double Corona.” Well, you are only half correct. The Double Corona is an unreleased,so far, line extension for the ever popular T52 line. Right now the line consists of two vitolas, a 5 x 52 Robusto and a 6 x 52 Toro. The Double Corona will be introduced at the 2010 IPCPR show in New Orleans, this August. Also being introduced is the infamous Dirty Rat.

The Liga Privada T52 is covered with a Connecticut River Valley stalk cut and cured habano wrapper, have a Brazilian mata fina binder and a core of Honduran and Nicaraguan filler. 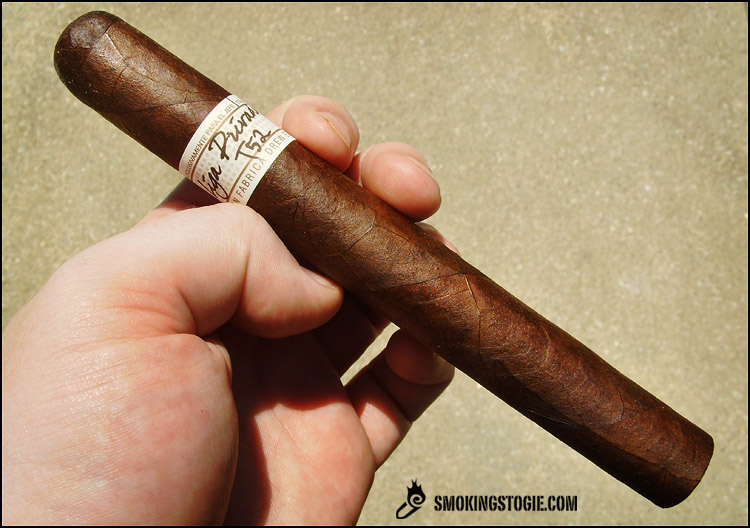 The pre-light is pretty mellow. I got a nice cedar aroma and well as a nice sweet earthiness. On the cold draw I got leather, a bit of clove and a touch of pepper. The draw is great with just a tiny bit of resistance.

The cigar opens up the fist third very lush. It has bold flavors of coffee, cedar, leather and a mild chocolate note. Underneath all this there is a deep earthy, musky note that is just wonderful. There is a lot of black pepper on the finish, which blends perfectly with the flavor profile. One interesting note is maybe a half inch into the cigar my ash starts to split and flower. It’s something that I actually run into a lot with the T52. Very interesting look, but it does not seem to affect the smoke at all. 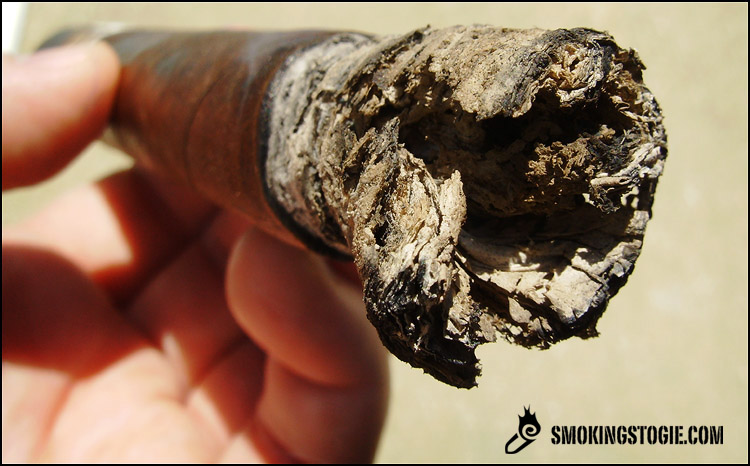 Coming into the second third, the cigar has mellowed nicely. It’s something these are famous for, and they do it so well. I am still getting big flavors. Dark roasted coffee bean, cedar, leather and a dark chocolate that is really prevalent on the finish. I am getting a lot of pepper right now as well. It starts at the beginning of my palette and trickles all the way down my throat during the finish. It’s only a medium body but very full in flavor. The cigar is putting off loads of smoke at this point as well.

The final third is pretty much a continuation of the last. Lots of coffee and espresso flavors, leather and chocolate. More of an overall earthy sweetness has taken charge as well, which is an enjoyable change towards the end. The cigar is starting to burn a bit hot at this point though. You have to really slow it down with these at the end because of this. I am still able to smoke it well past the band though. 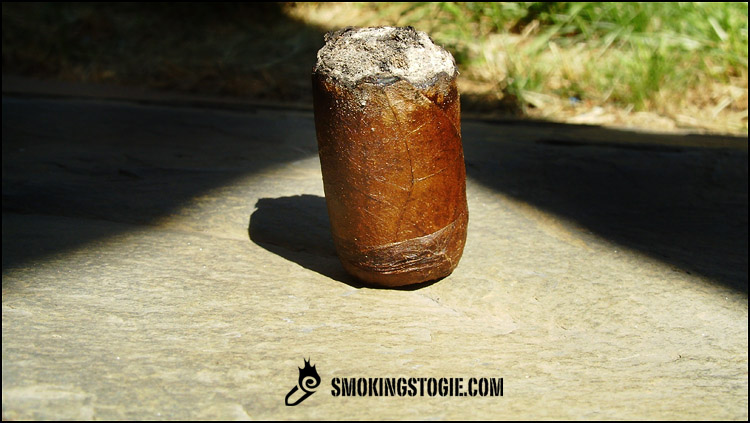 The Liga Privada T52 line is a favorite of mine. This cigar is truly the complete package. From the cold draw to the nub, it's extremely enjoyable, and while a lot of people complain about the price point on these, I feel they are worth every penny. The consistency and construction is nothing short of marvelous. I have yet to smoke one that has disappointed me, and I have smoked many. The T52 Double Corona will definitely have a spot in my humidor and when I have had a rough day and want something that I know is going to deliver I will reach for one of these.