Last year, Habanos S.A. shipped the first Gran Reserva release to be made in the H. Upmann marca.

The Gran Reserva series debuted in 2009 and includes cigars rolled exclusively with tobacco that has been aged a minimum of five years. By many it is considered to be at the top end of Habanos S.A.’s portfolio. Although the official line is that the cigars are only released when there is enough tobacco as opposed to being released on a fixed schedule, a new addition in the series has been announced every two years for the past 10 years. In those years when a Gran Reserva hasn’t been announced, there’s been a Reserva release, which is made up of tobacco aged for at least three years.

Each release sees Habanos S.A. take a specific regular production cigar from a global brand—Cohiba, H. Upmann, Hoyo de Monterrey, Partagás, Romeo y Julieta and, although seemingly unlikely, José L. Piedra—and create a special vintage release. This is different from series like Edición Limitada or Edición Regional, where the cigars created are vitolas that aren’t offered as regular items for those brands. 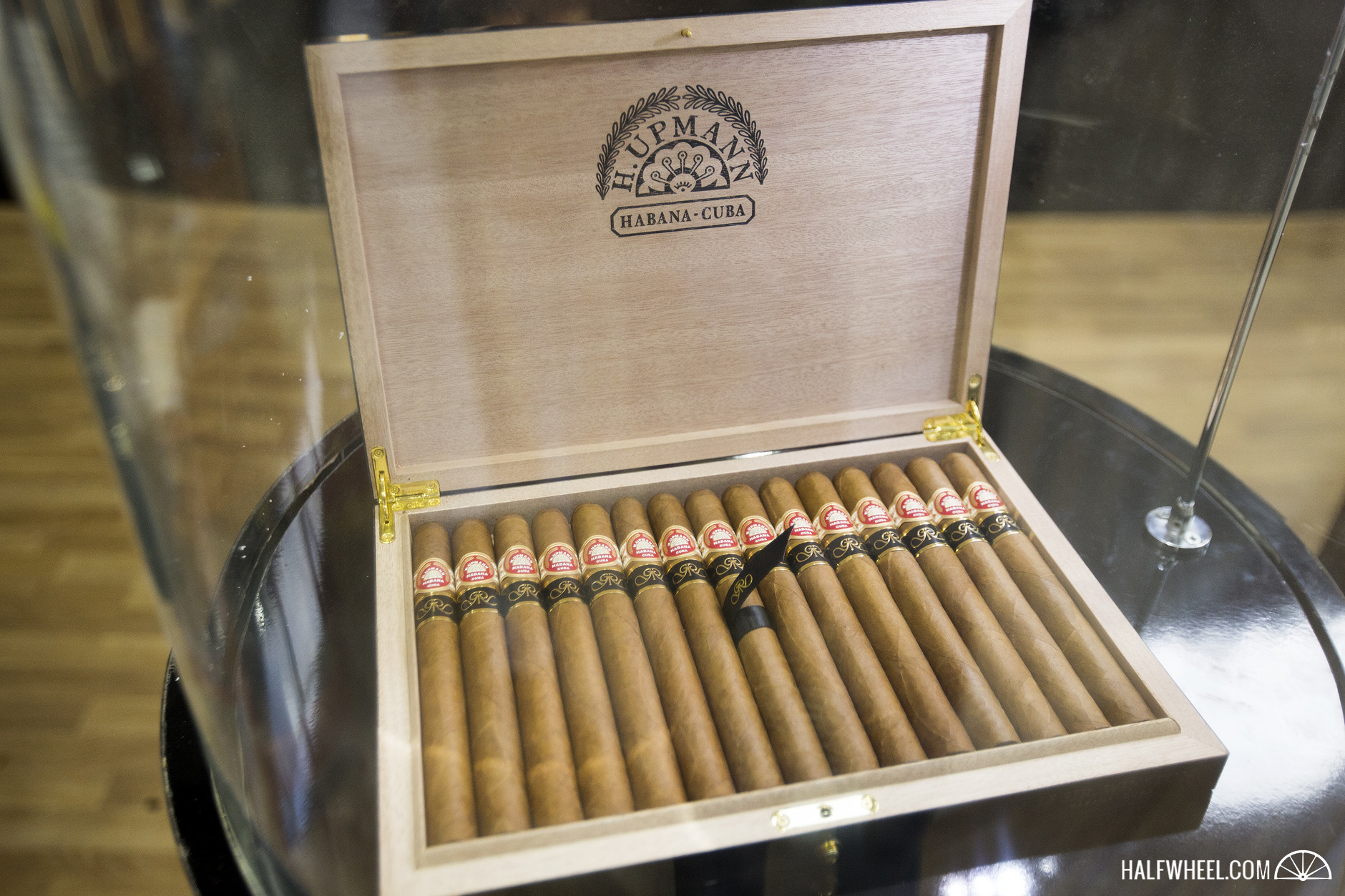 Measuring 7 x 47, the H. Upmann Sir Winston Gran Reserva Cosecha 2011 was shown off at the Festival del Habano XIX in 2017 but did not actually begin shipping until early 2018. The limited edition Churchill incorporates tobacco from the 2010 crop grown in Cuba’s Pínar del Río province but harvested in 2011 as indicated by the name. Only 5,000 numbered black lacquer boxes of 15 cigars were produced with boxes retailing for just under $1,500 in Switzerland at launch.

So far, there have been only six additions to the Gran Reserva series since it debuted in 2009: 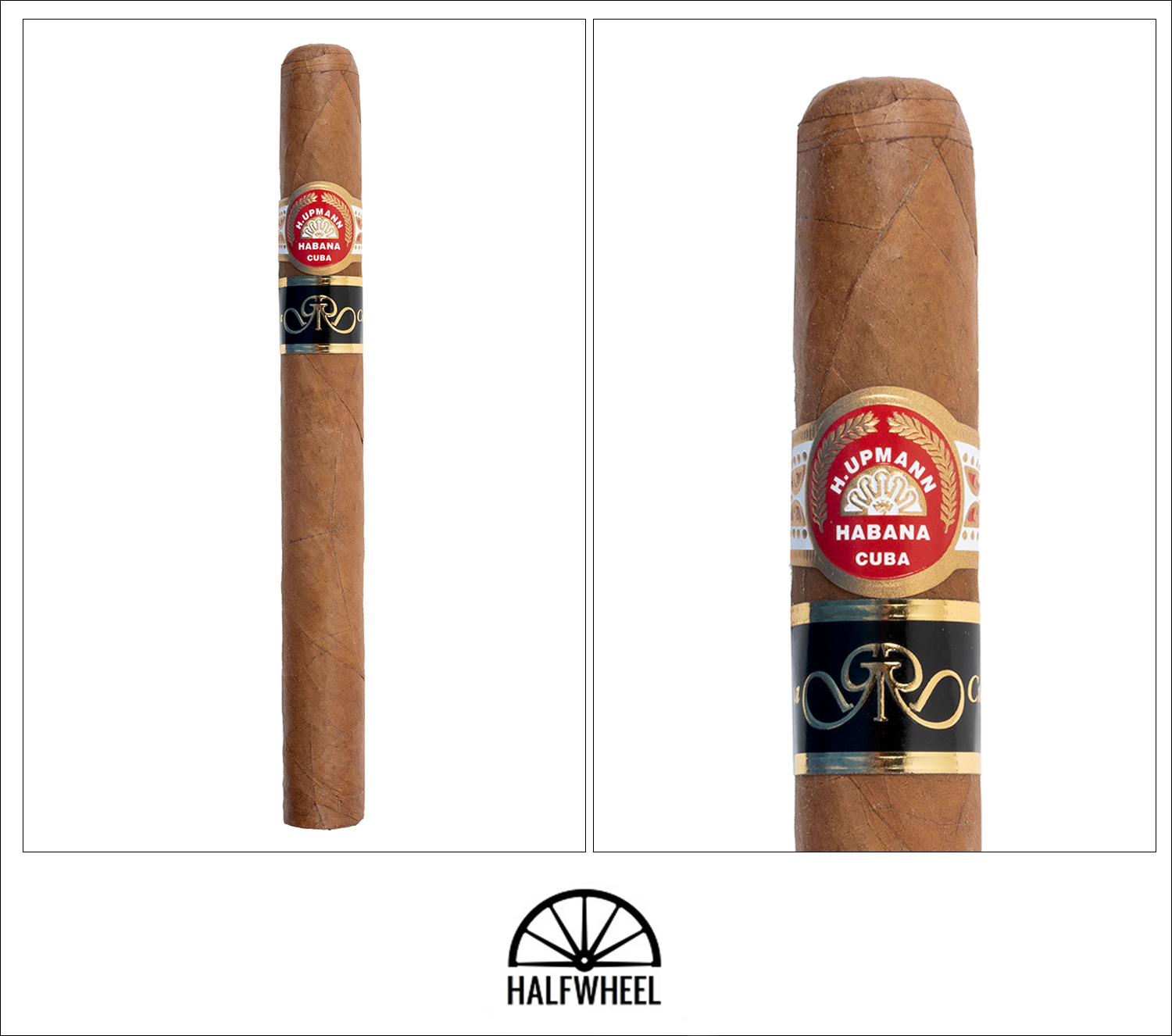 I have always found the Gran Reserva—and to a lesser extent, the Reserva—secondary bands to be impressive when seen on a cigar and the H. Upmann Sir Winston Gran Reserva Cosecha 2011 is no different. The wrapper is a wonderfully hued reddish-brown color, with a noticeable amount of tooth as well as a noticeable lack of oil. Aroma from the wrapper and foot is a combination of sweet orange peel, creamy milk chocolate, cinnamon, leather, earth, cedar, hay and pungent manure, while the cold draw brings flavors of the same sweet orange peel citrus, creamy leather, cocoa nibs, barnyard, hay, ground coffee and slight generic fruit sweetness.

Starting out, the main flavor in the Gran Reserva’s profile follows both the aroma and the cold draw almost exactly, with distinct orange peel easily taking the top spot followed by lesser notes of leather, creamy almonds, celery, sweet hay, earth and milk chocolate. Thick and dense smoke coats my mouth with every puff, and the retrohale is full of both white pepper and a massive caramel candy sweetness, both of which seem to be getting stronger as the first third burns down. Construction-wise, the burn is excellent so far with no hint of needing attention, while the draw is excellent after a simple straight cut, and there is more than enough thick, white smoke emanating from the foot. The strength is virtually nonexistent so far and barely hits a point between mild and medium by the end of the first third.

Creamy and sweet flavors dominate the second third of the Sir Winston Gran Reserva Cosecha 2011, with a strong peanut butter flavor pushing the orange peel note off the mountain, while the latter flavor has been totally replaced by a cranberry tartness that is evident almost exclusively on the finish. Other flavors of nutmeg, baker’s spices, leather, milk chocolate, espresso beans, sweet hay and earth flit in and out while the retrohale is full of the same white pepper and creamy caramel candy sweetness. In terms of construction, the draw continues to give me the optimum amount of resistance, but the burn gets out of hand early on in the third, meaning I am forced to touch it up a couple of times to get it back on track. In addition, there is not much change in the overall strength levels, with the cigar again failing to hit the medium mark, although it does seem to be noticeably increasing just as the second third ends. While the final third seems to combine most of the aforementioned flavors into its profile, it sadly comes at a cost: the peanut butter, orange peel and cranberry notes are all quite a bit less distant and none occupy the dominant spot. That is also the case with the secondary notes—a list that includes leather, cocoa nibs, fresh espresso beans, sweet hay and gritty earth—although the lack of distinctness with those flavors as well as a reduction in the white pepper makes the still obvious caramel candy sweetness on the retrohale that much more of a player in the overall profile. Thankfully, the burn does not need any attention at all. Finally, the overall strength does make a push upward right at the end of the cigar, enough so that I peg it at a point just over the medium mark by the time I put the nub down with less than an inch remaining. My colleague Charlie Minato is fond of saying "When Cuba wants to, it can make the best cigars in the world; most days it chooses not to." This Gran Reserva, like many Gran Reservas and Reservas before it, is a prime example of that. The profile is insanely complex and amazingly nuanced for two thirds of the total smoking time, with layer upon layer of distinct flavors hitting you from all directions: sweet orange peel, caramel candy sweetness, cranberries, peanut butter. Yes, the profile did turn a bit mushy and slightly less distinct flavor-wise during the final third and all three cigars I smoked had to be touched up once, but those minor issues did not even come close to hurting my enjoyment of what is bound to become a classic Cuban release.