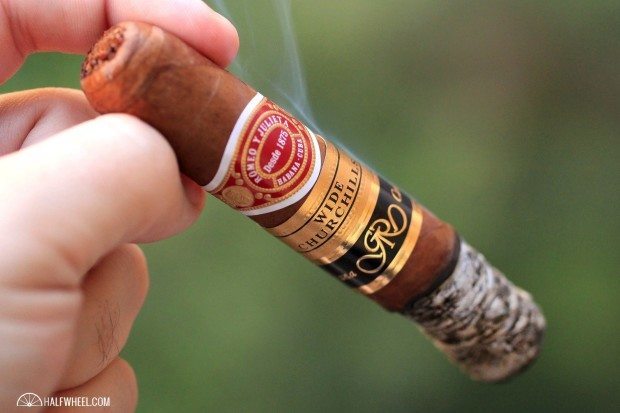 In 2009, Habanos S.A. launched a new limited edition series called the Gran Reserva that would be the banner under which some of its most sought after cigars would be released, and only when there is enough tobacco to produce an adequate release, which in the case of this line is 75,000 cigars. The Gran Reserva line uses an existing production size from the marca chosen for a given year, but uses tobacco strictly from a single year’s cosecha, or harvest. Released at the annual Festival del Habano held in Havana in February, they are generally considered the modern day halo product of the Habanos S.A. portfolio.

This past February, Habanos S.A. added the fourth installment to the line, the Romeo y Julieta Wild Churchills Gran Reserva Cosecha 2009. It’s the second time that a Romeo y Julieta has been featured in the Gran Reserva series, as in 2012 a 7 x 47 Churchill vitola was released that used tobacco from 2008, a fitting release for the marca’s first release given how well-associated the size is to the brand, and the use of the Wide Churchills for the second release was equally fitting as it has gained a good amount of popularity since being released in 2010 as a regular production size. 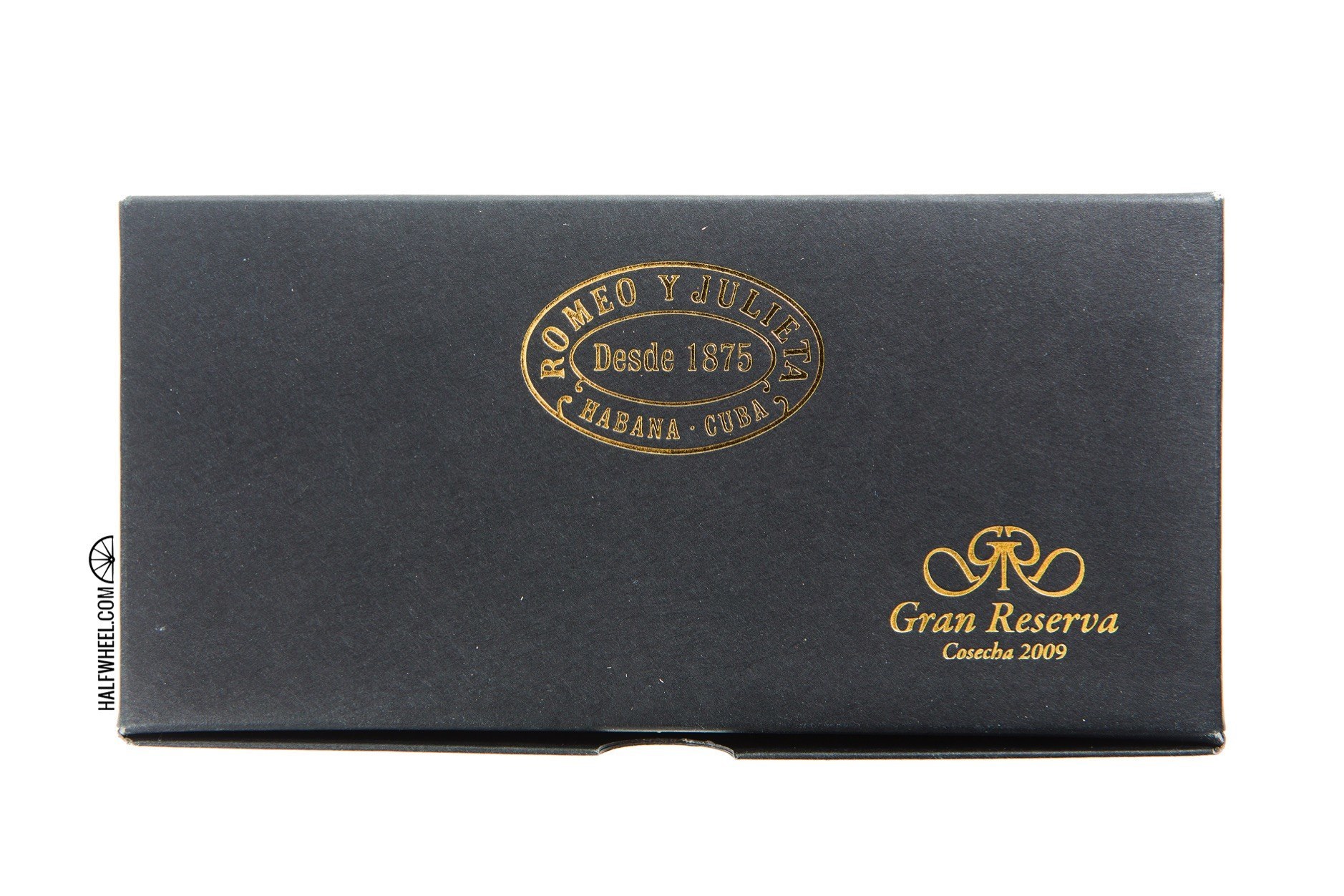 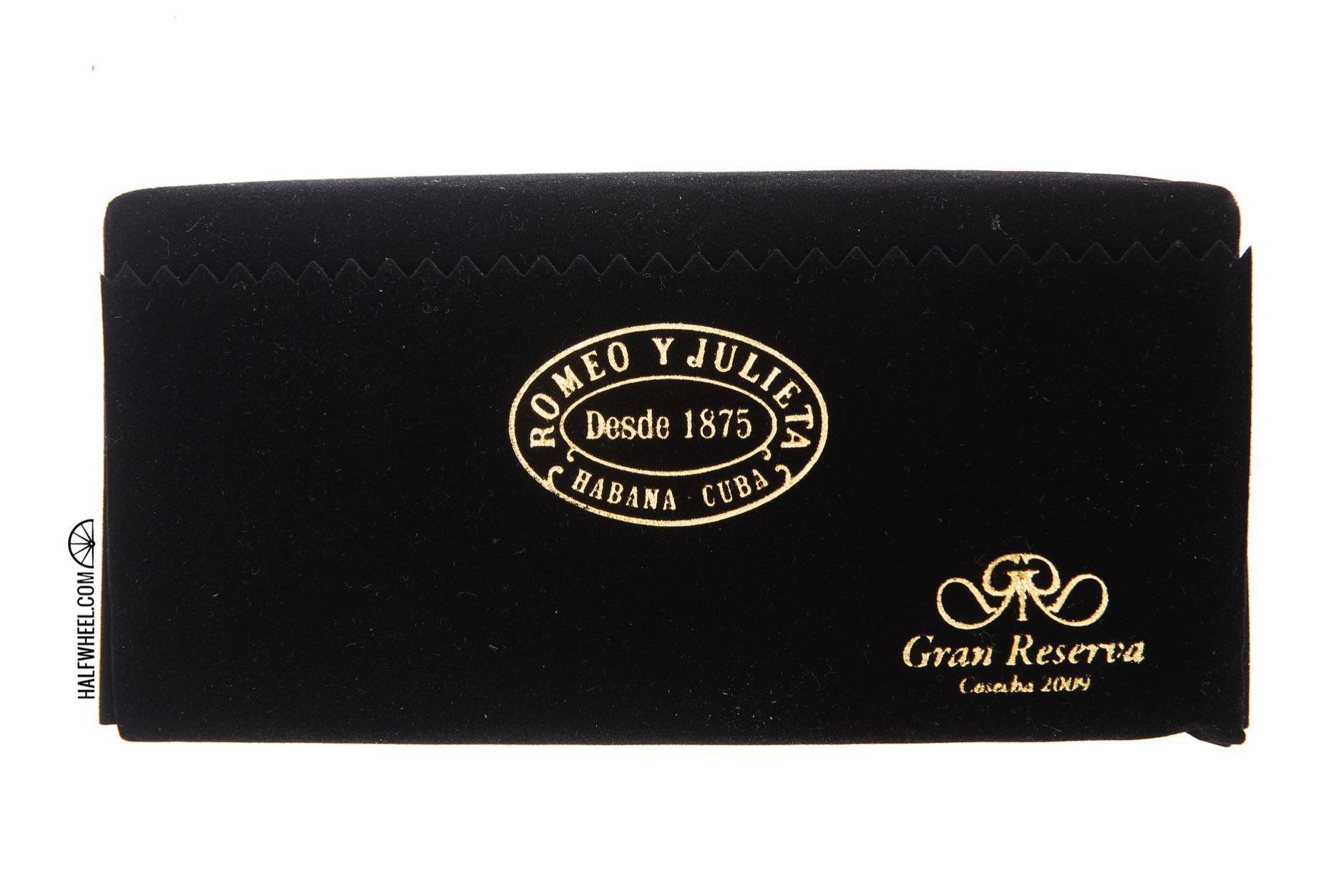 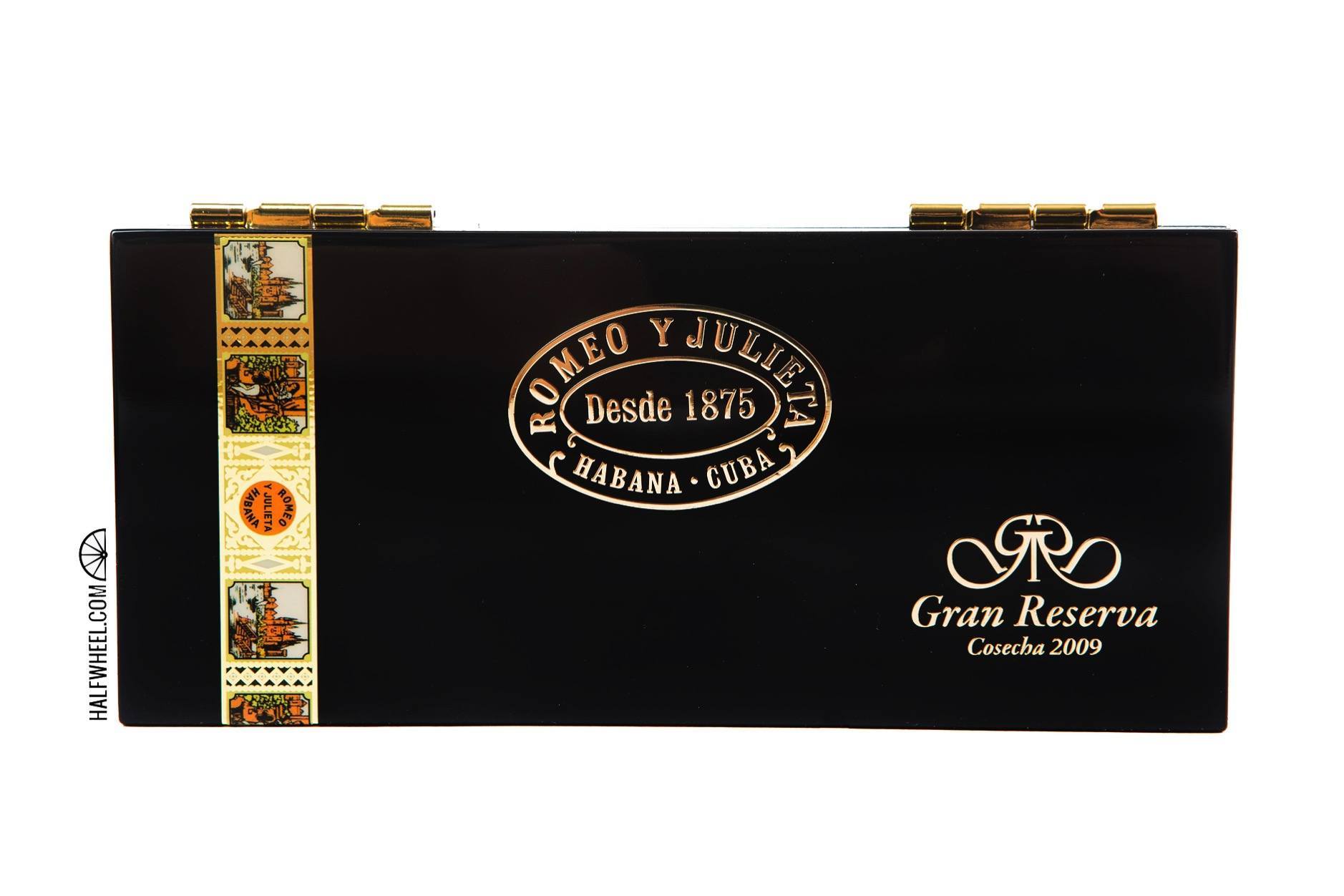 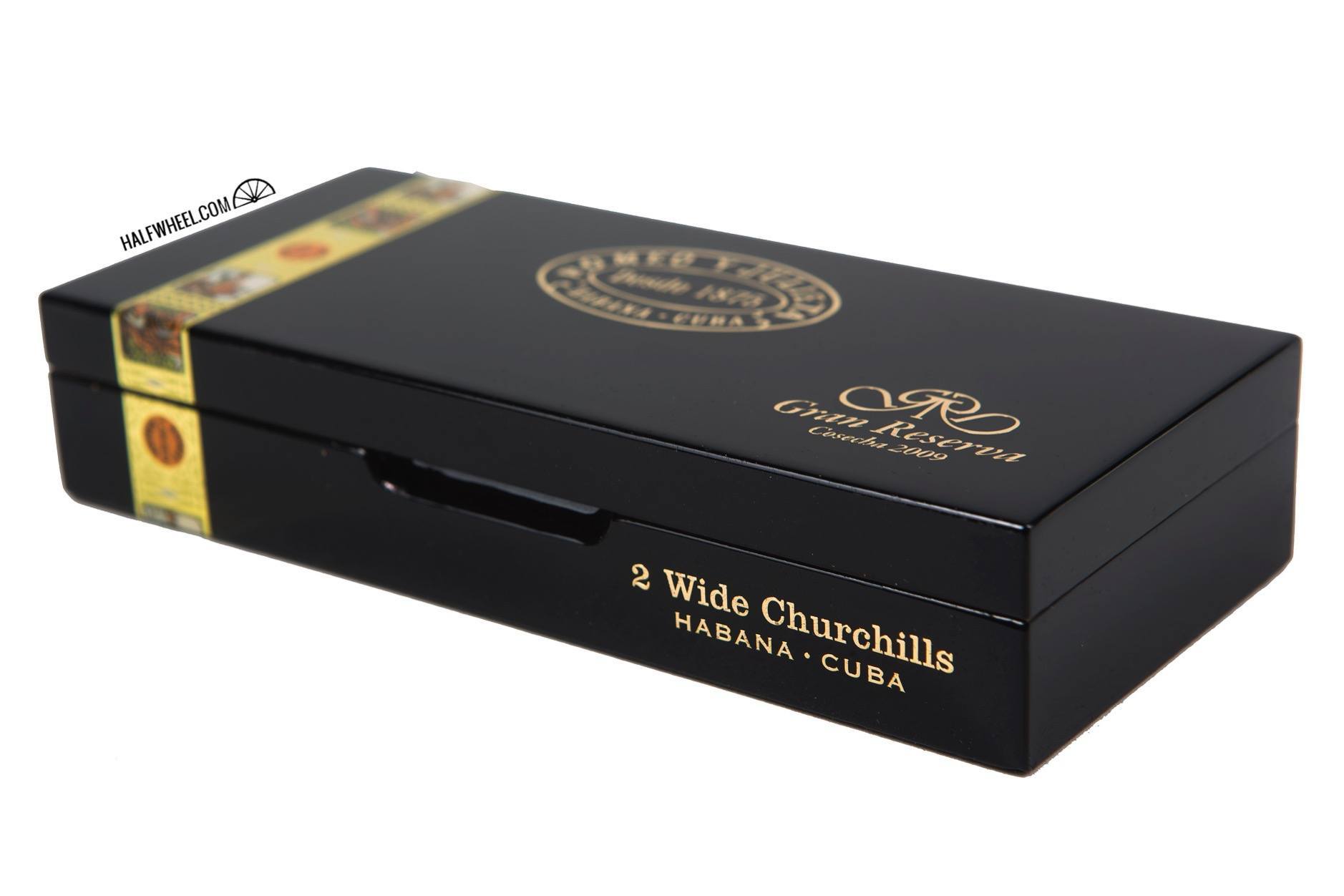 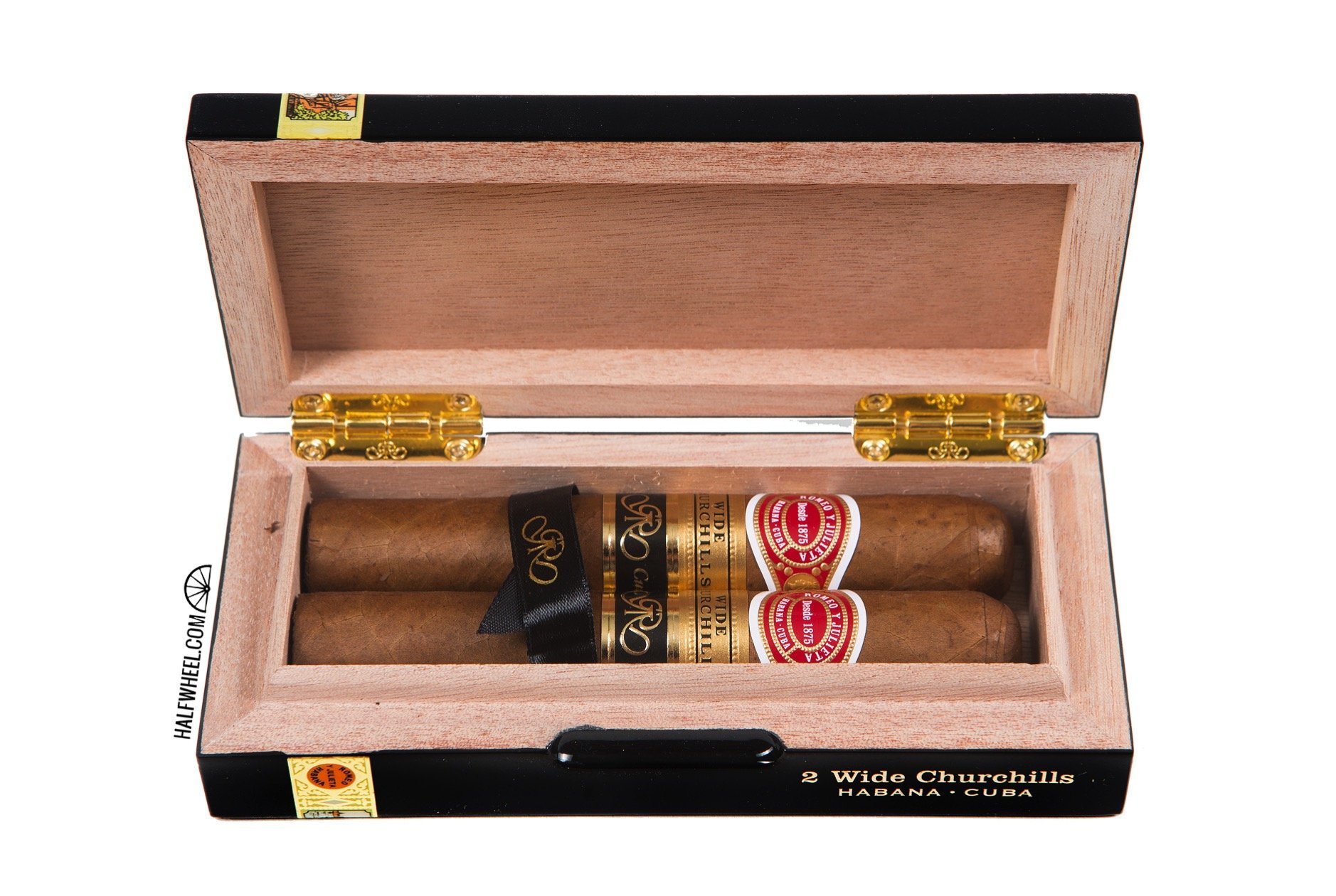 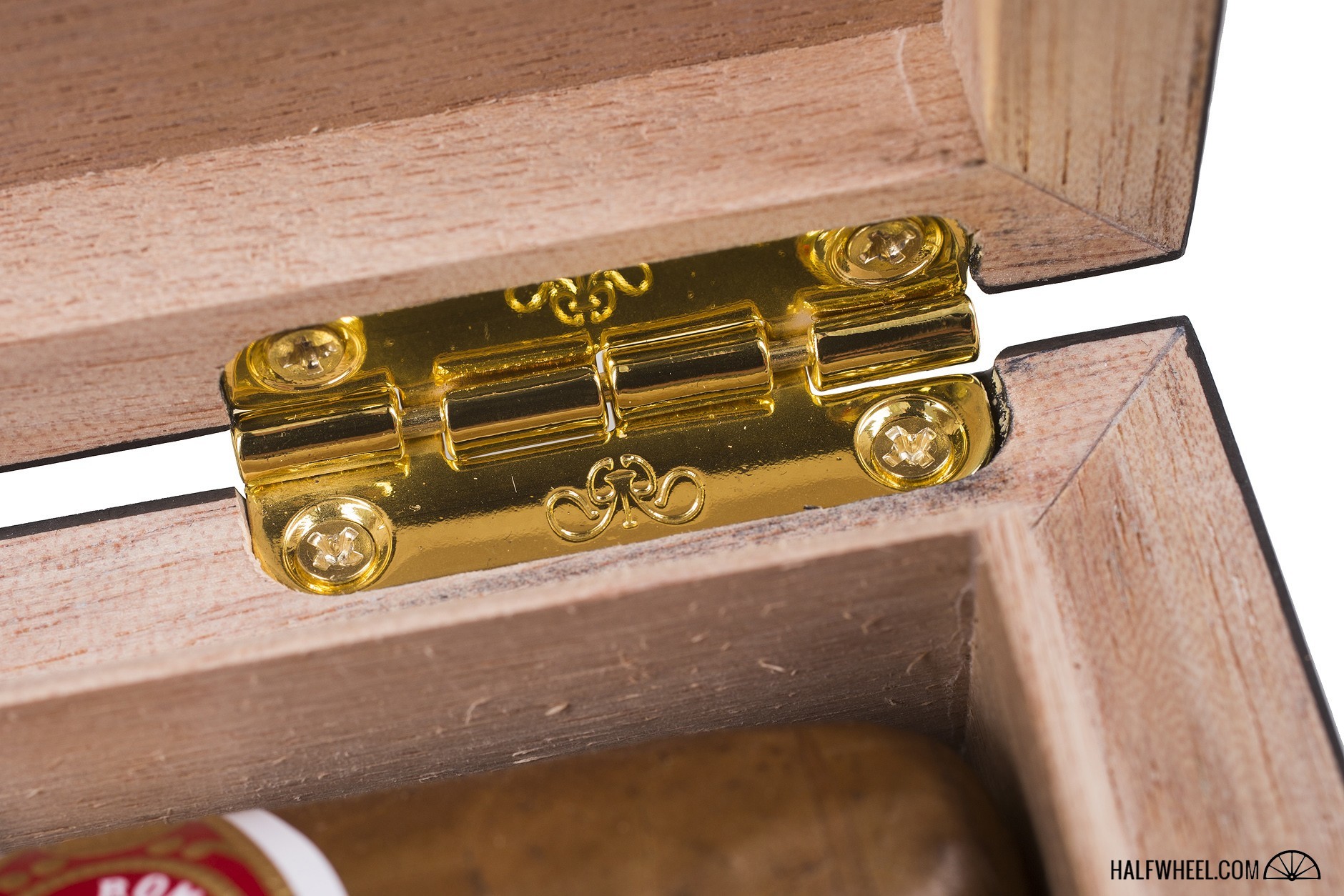 All of the tobacco used in Gran Reserva releases has been aged at least five years, and all of it comes from the Vuelta Abajo region of Pínar del Río, Cuba’s westernmost province. The area is so well known for its tobacco that you will often see the abbreviation D.O.P. following it, which stands for Denominación de Origen Protegida, or Protected Appellation of Origin. It is a legal term used to qualify the cigars bigger than three grams and produced in Cuba according to the quality standards of the Cuban tobacco industry and using varieties of Cuban black tobacco grown in specific regions of Cuban territory, which are also protected as Appellations of Origin.

The Gran Reserva releases are said to be assessed by more than 50 expert tasters in joint tastings organized by the Instituto del Tabaco, and include members of the Comisión Nactional de Degustación (National Tasting Commission) from Cuba’s most prestigious factories, as well as other experts from throughout the country.

It’s worth noting that there are actually three lines released by Habanos S.A. that use the Reserva name: the Gran Reserva, another line simply called Reserva and the one-time Reserva del Milenio, or Milleium Reserve that came out in 1999. The Reserva line is somewhat similar to the Gran Reserva line, as it features cigars from the six major brands in the Habanos portfolio. However, it was launched in 2003, releases are generally of 100,000 cigars with the Cohiba seeming to be an exception, and the cigars bear similar black bands to those found on the Gran Reserva line but with silver, mirrored Rs. It currently has five releases:

The Cohiba release is particularly unique, as it featured a 30-count box featuring five different vitolas: six each of the Coronas Especiales, Media Coronas and Robustos, four Espléndidos and eight Pirámides. It’s the only one of the five releases to feature more than one vitola. As of this writing, last year’s release, the H. Upmann Reserva Cosecha 2010, has yet to arrive at retail shops, and Habanos S.A. has not provided an estimate of when it will be available.

As for the Reserva del Milenio line, there were three releases: the Cohiba Pirámides, Cuaba Distinguidos and Montercristo Robustos, each of which came in 25-count ceramic jars, with 10,000 jars produced for the Cohiba and Montecristo releases, and 4,000 for the Cuaba. Given when and why these were produced, it would make sense that we won’t see the second round until the year 2999. The Romeo y Julieta’s appearance is pretty much flawless: what appears to be three bands (though are actually only two) sitting on top of a beautifully tanned and what I presume is a very carefully selected wrapper leaf as it has just a few very small veins and generally clean seams and caps, though one sample is a bit imperfect, something that would seemingly not be tolerated on this kind of release. Similarly, the bands aren’t lined up perfectly on the back and the black Gran Reserva band shows a bit of glue on it, something that—again—I would have thought would have been taken care of before leaving the factory. The cigar has a bit of give to it, very typical for what I have seen from Cuban cigars, while not so soft as to be concerning. The aroma off the foot shows a bit of wheat bread and some nuts, though a mild version of the latter. While it’s a neutral profile it remains very enjoyable, especially when the fact the tobacco used in this cigar comes from 2009. The age and rest become that much more readily apparent with each sniff. The cold draw is perfect, with just the right amount of resistance, and giving me a lead flavor of peanut butter on wheat toast—a subtle sweetness with no pepper or spice whatsoever.

It’s not hard to detect the youth of this cigar almost immediately: not so much the youth of the tobacco but its proximity to the rolling table, though even with that shroud over it there is a pleasing amount of clean and bright pepper both on the palate and in the nose, while both get a helping of warm peanut butter as the bright base note. The smoke is generally very smooth but has an underlying smokiness that comes out with closer inspection and sets the foundation for the aroma, while the first few retrohales are incredibly smooth and show a bit of it as well, though they evolve quickly and pick up toast before shedding it for charred wood and leaving a residual sensation that lingers much longer than most retrohales tend to offer. The burn line moves fairly quickly through the first third, accumulating a tightly packed dark gray ash that starts straight before suddenly curving en route to breaking off. The detachment is followed by an increase of smoke volume and a mellowing of the flavors, with the Gran Reserva losing the bulk of its flavor as it gears up for the second third. While there is a lull in the transition from the first to second third, the Romeo y Julieta Gran Reserva quickly picks up where it left off, delivering a bit more pepper than it did earlier while picking up an almost rocky undertone. Sweetness has been non-existent in recent puffs, which is something that I don’t find shocking given my experience with the line but I do miss from the impression the cigar gave off before being lit and in a few puffs of the first third. At the midway point it becomes more robust than it had earlier and is shows some serious progression in terms of flavor and profile; there’s also much more of a lingering mouthfeel at the halfway point and beyond, though little in the way of physical reaction beyond the mouth. The burn continues to be good if a bit wavy, on par with pretty much the best I can expect from a Cuban cigar. while the smoke production has settled down just a bit but it still plentiful. With the final third on the horizon, the pepper is as bright and punchy as ever though far from overbearing. 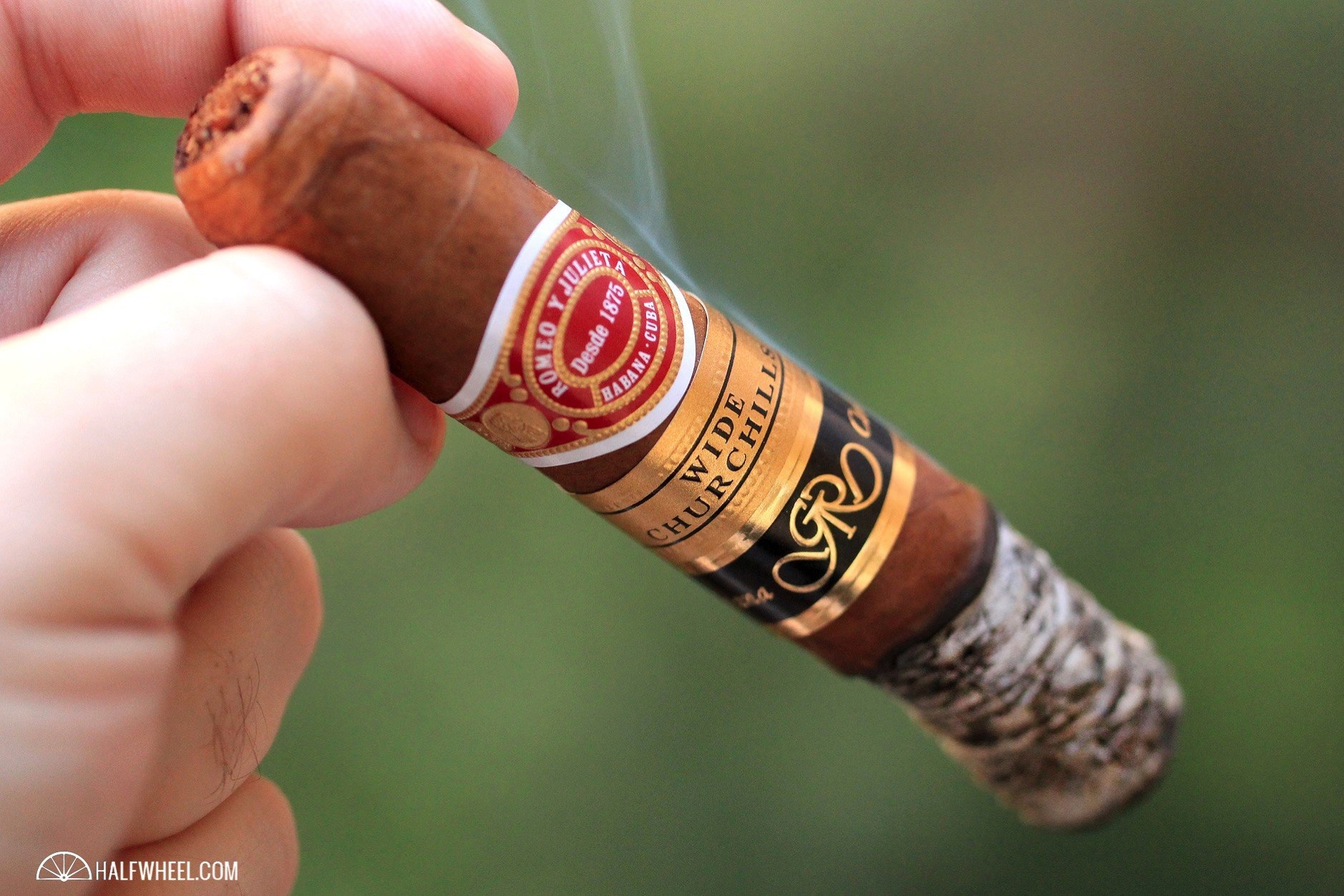 Of course, as soon as I write about the burn line in the previous section, it starts to go fairly askew heading into the final third, though it does correct itself before too long, while the cigar has evolved just a bit, showing flavors and aromas of warm nuts while the pepper and smokiness still play a pretty substantial role. There aren’t a lot of pronounced flavor changes in the final third of the Romeo y Julieta Gran Reserva, but quite honestly I’m fine with it as the flavor has settled into a very agreeable and enjoyable spot and there is hardly a single thing to complain about. The pepper is still front and center, with a good bit of robust earth behind that and a slightly bitey sensation that alternates between rock, mineral and metallic depending on the puff. Slow puff rates help to minimize the impact of that bite, and as the cigar burns down the heat begins to color the flavor in the final inch but not in a particularly bad way; just sharpening up the flavors a bit while providing a bit more warmth on the lips. 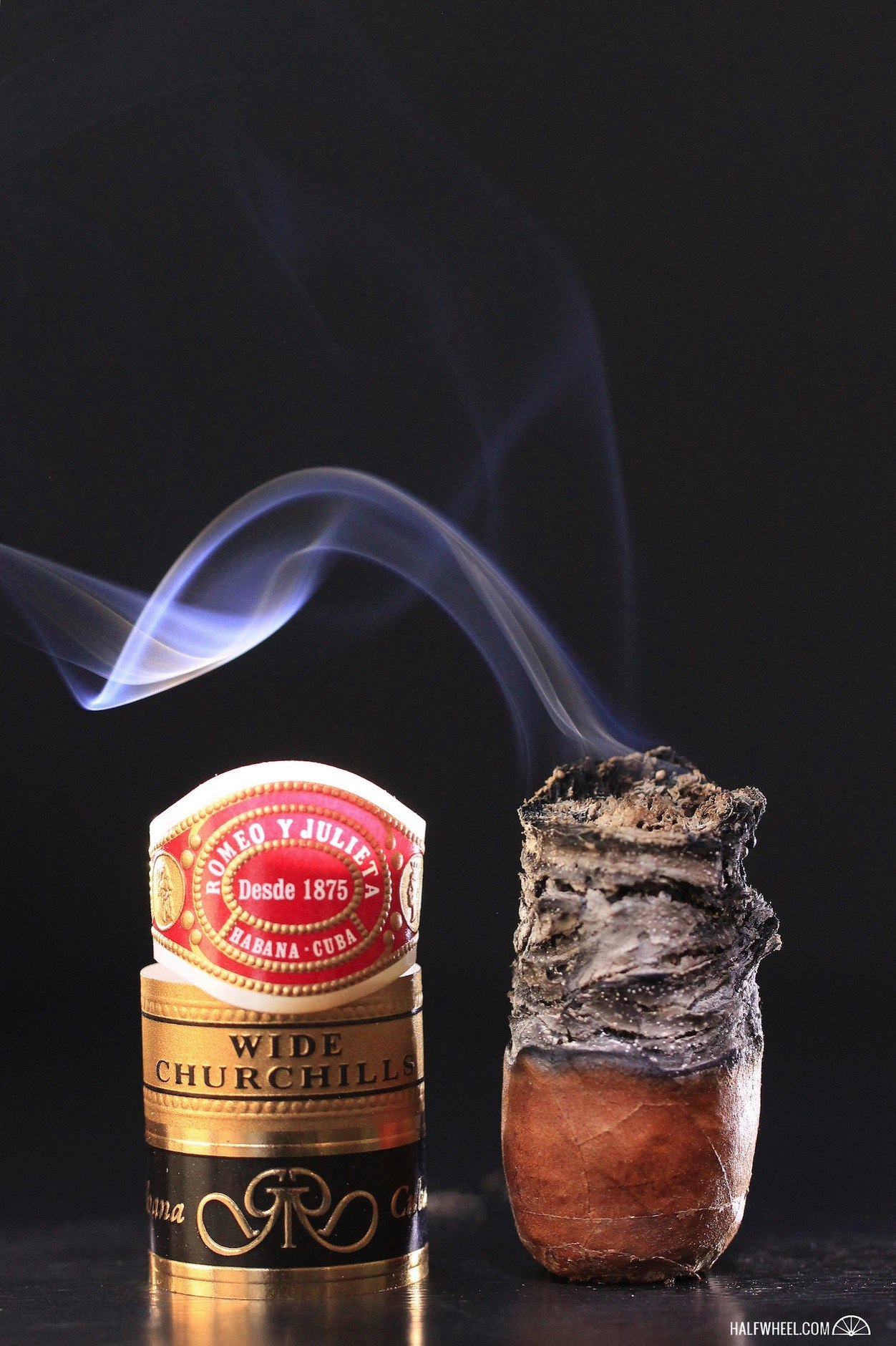 There's no doubt that the Romeo y Julieta Wide Churchills Gran Reserva Cosecha 2009 is a fantastic cigar and one that I expect to only get better with time and additional age. After having some time to reflect on it, I feel much the same way about this cigar as I do about the Davidoff Oro Blanco: it is a brilliant reflection of a certain crop of tobacco and has been curated and produced so as to show off the absolute best that those leaves can deliver. Is it a perfect cigar? Not quite, but I'm still unsure if I even believe in such a thing as a perfect cigar. But it is an incredibly enjoyable cigar that shows nothing but the potential to get better and more refined with time while currently taking the smoker on a journey into a very certain place and time.