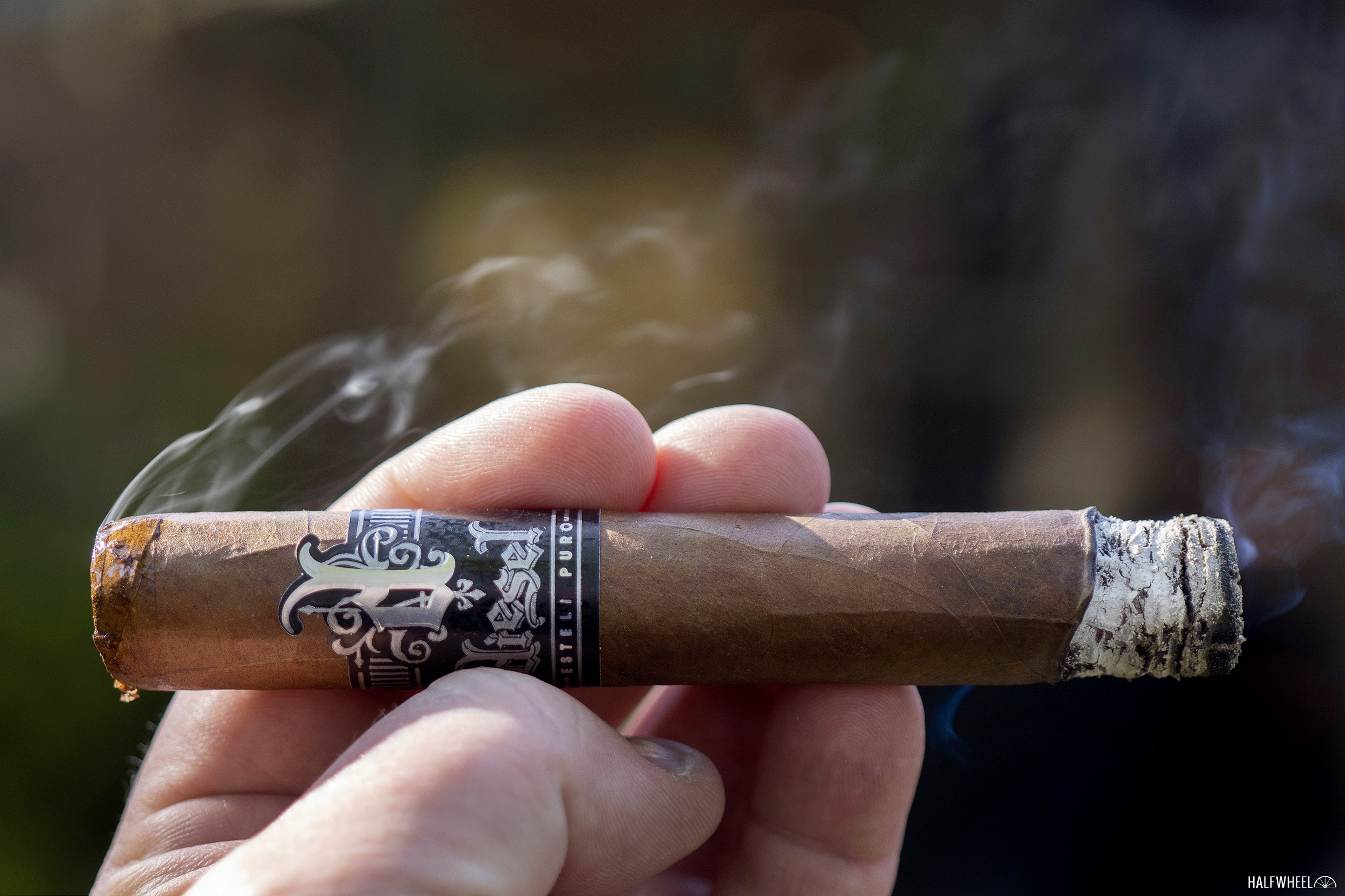 No one has been more aggressive in getting other companies to make cigars at their factory quite like AJ Fernandez. Large brands like Altadis U.S.A. and General Cigar Co. Medium-size companies like Miami Cigar & Co. Smaller companies like Southern Draw. New companies like Artesano del Tobacco. At some point in the future it might be a question of who hasn’t worked with AJ Fernandez than who has.

While most of the new cigars AJ Fernandez is making for other people are brands that the factory hasn’t made before, Diesel has been a brand that has long been associated with AJ Fernandez. What was once a brand sold through Cigars International and its affiliated retailers is now offered—at least some of the lines—through General Cigar Co. And General’s been pretty prolific with adding new lines including the Diesel Crucible, Diesel Hair of the Dog, Diesel Whiskey Row and Diesel Whiskey Row Sherry Cask.

The newest Diesel is named Diesel Estelí Puro, a blend that is not only a Nicaraguan puro but a cigar specifically made with tobaccos grown on AJ Fernandez’s farms in the Estelí region of Nicaragua. The cigars are being rolled at the Tabacalera AJ Fernandez Cigars de Nicaragua S.A. factory that also happens to be located in the city of Estelí, Nicaragua.

“Estelí Puro represents the future of Diesel in that the story of the blend is told by the tobacco itself,” said Justin Andrews, senior brand manager at General Cigar Co., in a press release. “With Estelí Puro, we made a collection that is completely unique in its bold flavor profile, yet has many of the attributes that have made the other Diesel expressions a cigar of choice among dyed-in-the-wool smokers. This is a cigar that demands the smoker’s full attention with deep and balanced flavor, a strong presentation and an attractive price point.”

There were three different vitolas of the Diesel Estelí Puro offered when it debuted last month:

Each of the three vitolas are packaged in boxes of 20 that started shipping to retailers on Sept. 1. 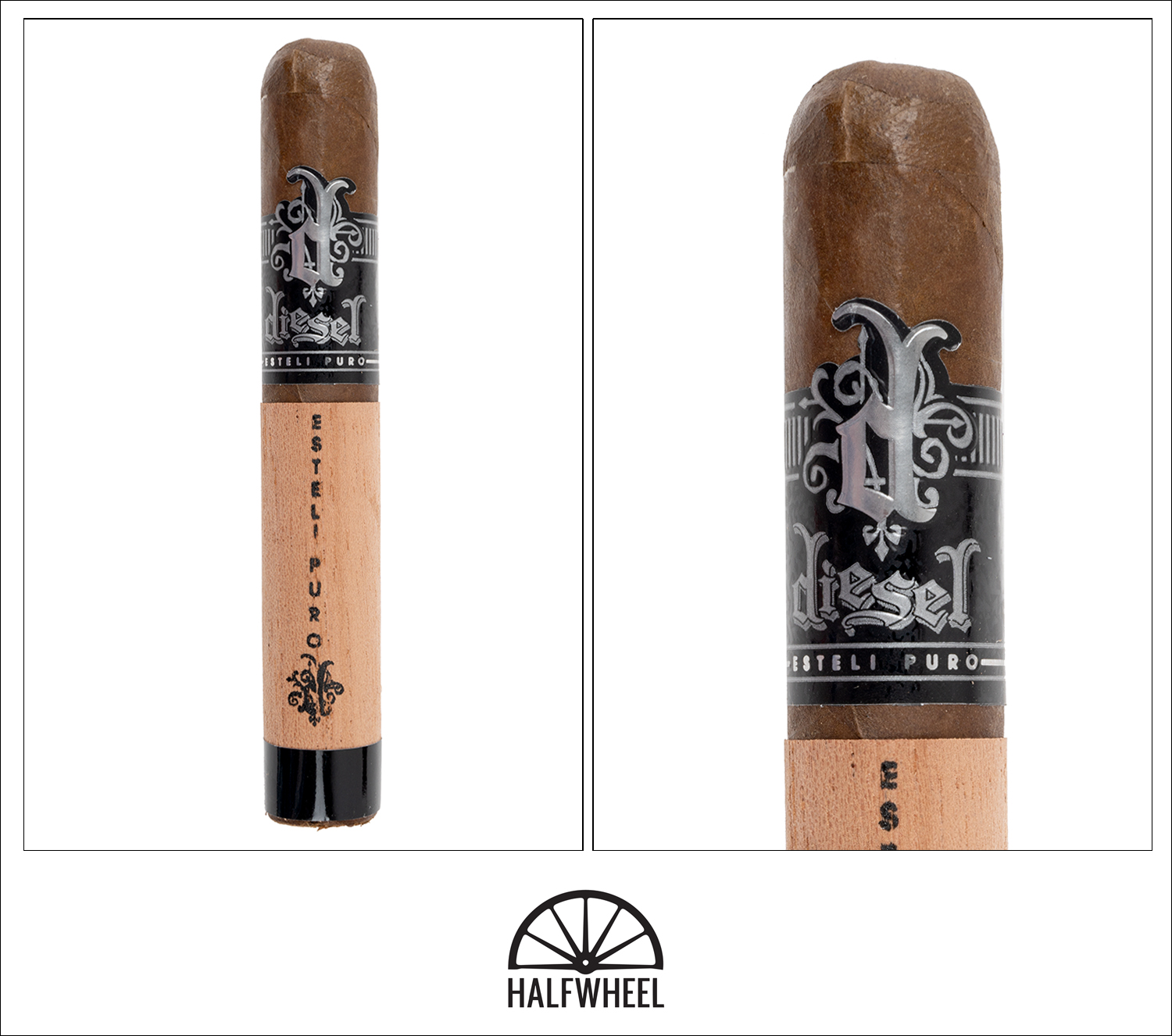 Visually, the Diesel Estelí Puro Robusto is a gorgeous specimen with a nice looking milk chocolate brown wrapper—albeit mostly covered by a cedar wrap until that is removed—that features quite a bit of tooth as well as some obvious oil. I can’t help but notice a couple of massive overt veins on each cigar, as well as a massive soft spot just under the main band on one sample. Aroma from the wrapper is a combination of extremely strong herbs, cinnamon, orange peel, leather, cedar, earth and sweet spices, while the cold draw is a quite a bit more restrained, bringing flavors of cedar, earth, coffee grounds, leather baker’s spices, milk chocolate, slight orange sweetness and black pepper.

The first third of the Diesel Estelí Puro features a dominant combination of cedar and earth flavors, interspersed with additional notes of leather, nuts, cinnamon, toast, sawdust and bread. There is also a very large amount of both spice and black pepper—on my tongue and the retrohale respectively—that almost drowns out some nice milk chocolate sweetness on the retrohale as well as some slight vegetal notes on the finish, at least for the first 10 puffs or so. Construction-wise, the draw is excellent after a straight cut, while the burn is giving me very few problems so far. The smoke production is just a bit above average, while the strength starts off with a bang, easily hitting a point close to medium by the end of the first third.

Thankfully, both the spice and black pepper start to recede noticeably during the second third of the Diesel—although they both easily remain major parts of the profile—allowing some new dominant flavors of nuts and leather to emerge in addition to a bit more milk chocolate sweetness. Secondary notes of powdery cocoa nibs, earth, dark fruit, coffee grounds, toast and creamy nuts flit in and out, while the vegetal flavor on the finish has morphed into a slight mint leaf note. The draw continues along its excellent path, but the burn is far from perfect, and I am forced to touch it up quickly just past the halfway point. Strength-wise, the Estelí Puro Robusto easily reaches a point just past medium and continues to increase as the second third comes to an end. 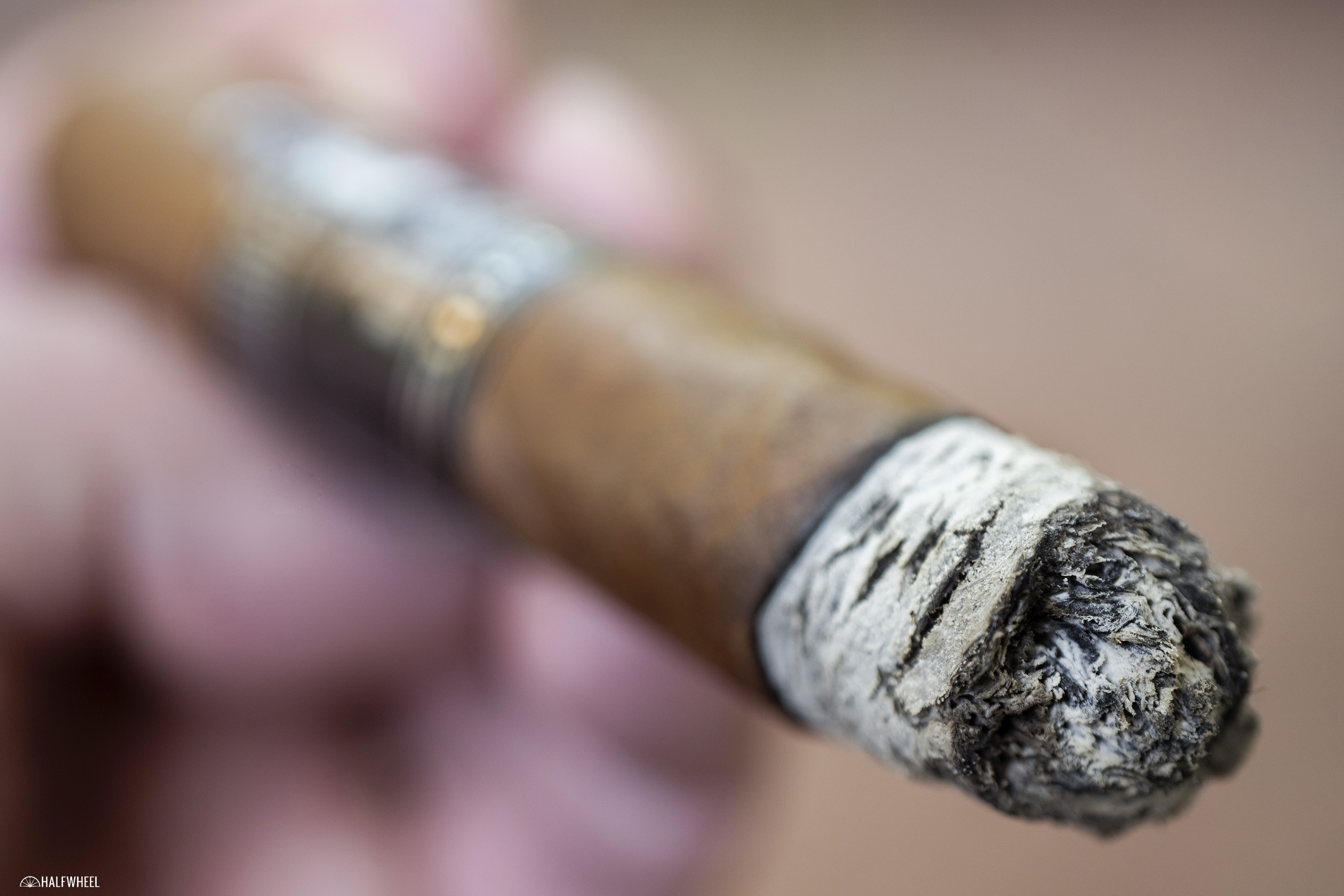 Overt strength is the thing that stands out the most during the final third of the Diesel which has the effect of throwing off the overall balance in the profile significantly. With that said, the flavors in the profile are actually quite similar to the second third, including the same dominant flavors of nuts and leather as well as more of the milk chocolate sweetness combined with black pepper on the retrohale. Additional flavors of earth, bread, espresso beans, cocoa nibs and hay follow along, but the mint on the finish is long gone and does not return. Thankfully, the burn evens up nicely while the draw continues to impress, but the overall strength continues to increase as the final third burns down, easily crossing the full line just before I put the cigar down with less than an inch remaining. 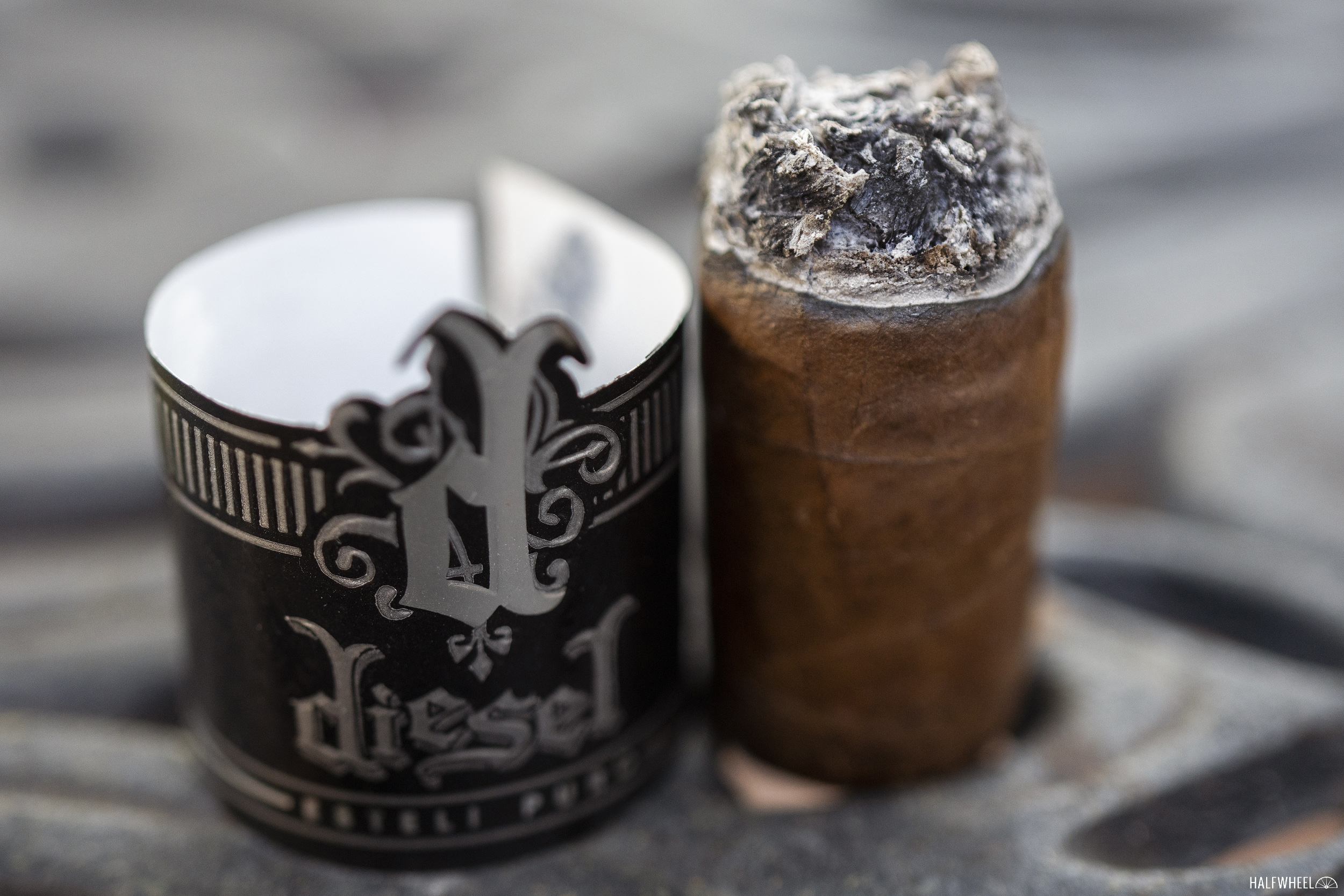 As part of my research when reviewing this cigar, I tried to find other cigars that were blended exclusively with tobacco grown in the Estelí region and came up empty. (Editor's Note: The Tatuaje La Vérité is another example.) Although that obviously does not mean there have not been any released before, the Diesel Estelí Puro may provide a good example of why they are so rare: while the blend is not exactly lacking in the flavor department, those flavors come at a price, specifically an overt, sometimes overwhelming strength that becomes impossible to ignore in the final third. With that said, the first two thirds are quite enjoyable, featuring a profile full of cedar, nuts and cinnamon notes as well as increasing milk chocolate sweetness and fleeting flavors of both mint and vegetal. People looking for strong blends will fall in love with this cigar, but for me, the balance in the final third was compromised by the strength that never seemed to even out, leading me to believe it is one of those cigars that will truly benefit from some age to mellow out the blend and bring a bit more balance to the overall experience.