While still a relatively new idea for the general smoking consumer, cigars incorporating barrel-aged tobacco have been around for quite a while. In fact, one of the most well known is probably the Arturo Fuente Añejo–which uses a Connecticut broadleaf wrapper aged in cognac barrels—but there have also been other products from Asylum, Camacho, La Aurora and Perdomo.

In light of all of these, it was perhaps no big surprise when Diesel—a brand owned by Scandinavian Tobacco Group— decided to release a blend incorporating a Mexican San Andrés binder that is aged in barrels that previously held Rabbit Hole bourbon. Named Diesel Whiskey Row, the new regular production release is being produced at Tabacalera AJ Fernandez Cigars de Nicaragua S.A. and also includes a five-year-old Ecuadorian habano wrapper as well as filler tobaccos sourced from three regions in Nicaragua—Condega, Jalapa and Ometepe—that have been aged five to eight years.

The Diesel Whiskey Row debuted in four vitolas, each of which are packaged in 25-count boxes. 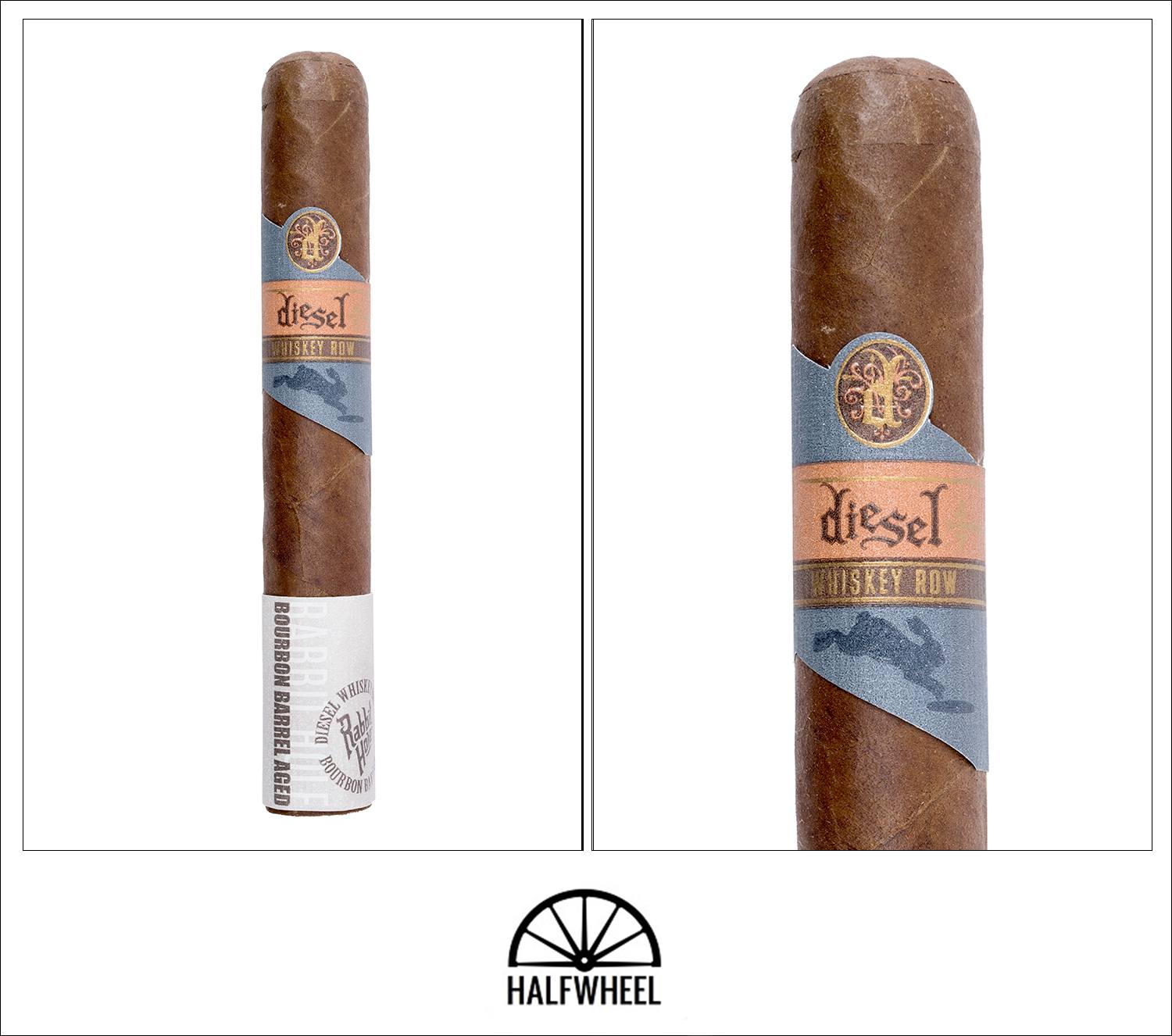 There is no denying that the Diesel Whiskey Row is a gorgeous-looking cigar, with a reddish brown wrapper that is extremely smooth to the touch and features a touch of oil. Having said that, the cap seems to be sloppily applied and the cigar is quite firm when squeezed. Aroma from the wrapper is a combination of oak, black pepper, leather, barnyard and hay, while the cold draw brings flavors of the same oak, black pepper, cinnamon, dark chocolate and a touch of varnish.

After taking a bit longer than I expected to get lit, the Diesel Whiskey Row features immediate flavors that may already seem familiar to those reading the review: oak and leather are dominant, followed by dark chocolate, espresso beans, cinnamon, grass and a small amount of floral. While I am noticing some indeterminate—and very light—sweetness, the finish is dominated by an espresso bitterness that does nothing for the balance. There is some significant spice on my tongue as well as some aggressive black pepper on the retrohale, and while both do begin to die down after about 15 puffs or so, they remain very prominent. Construction-wise, the draw is excellent after a straight cut and the burn gives me no issues at all, although the first chunk of ash does fall unexpectedly at around the half-inch mark. The overall strength is noticeable without being aggressive and ends the first third just shy of the medium mark. 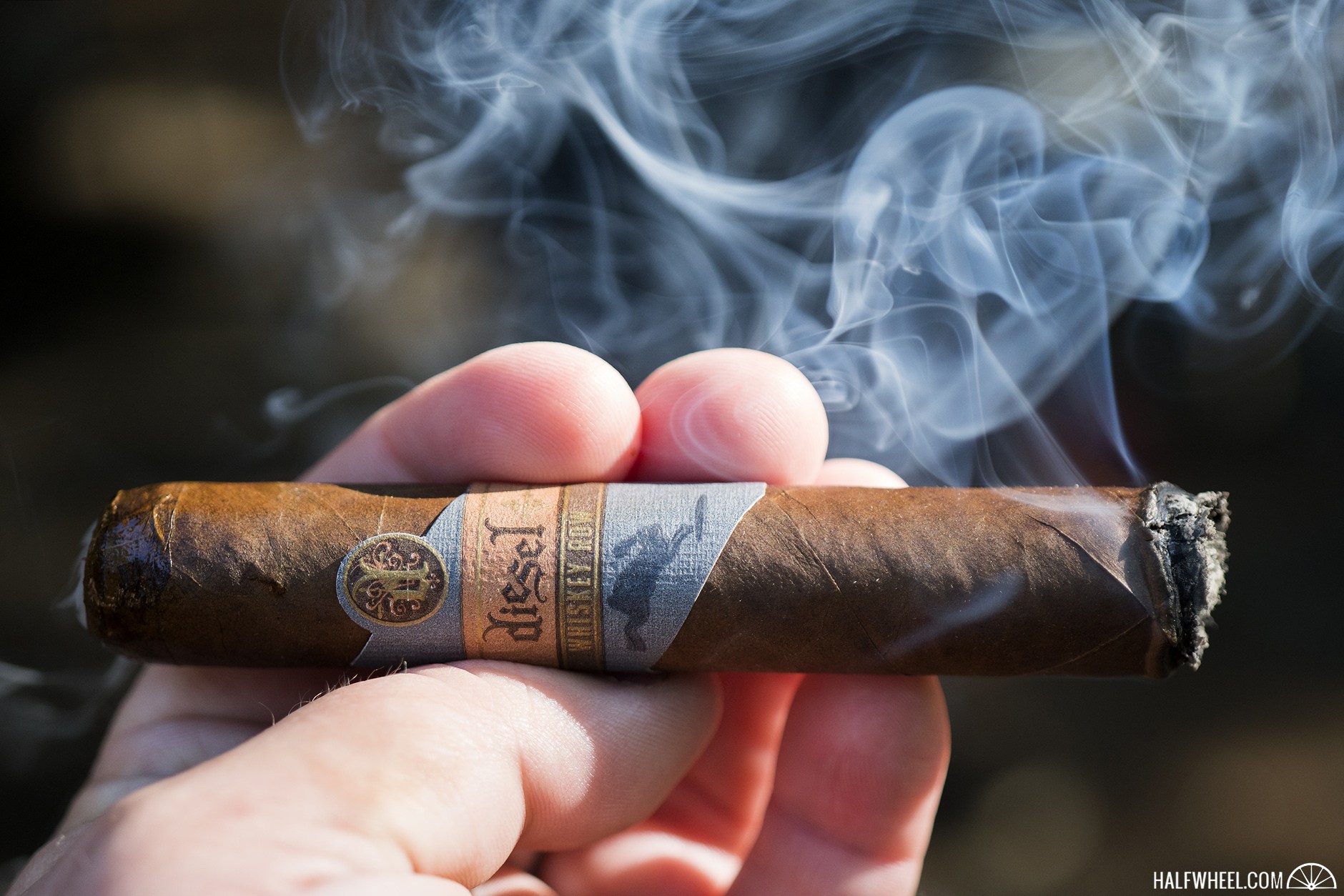 While the oak and leather combination easily remains dominant during the second third of the Diesel Whiskey Row, they recede enough to allow other flavors a bit more room to shine, including a nice vanilla sweetness on the finish. Lesser flavors of grass, dark chocolate, espresso beans and barnyard flit in and out, while both the spice and black pepper on the retrohale have decreased noticeably. The construction remains excellent and there is more than enough smoke production off of the foot, while the overall has moved closer to the medium mark, although still falls short before by the end of the second third. 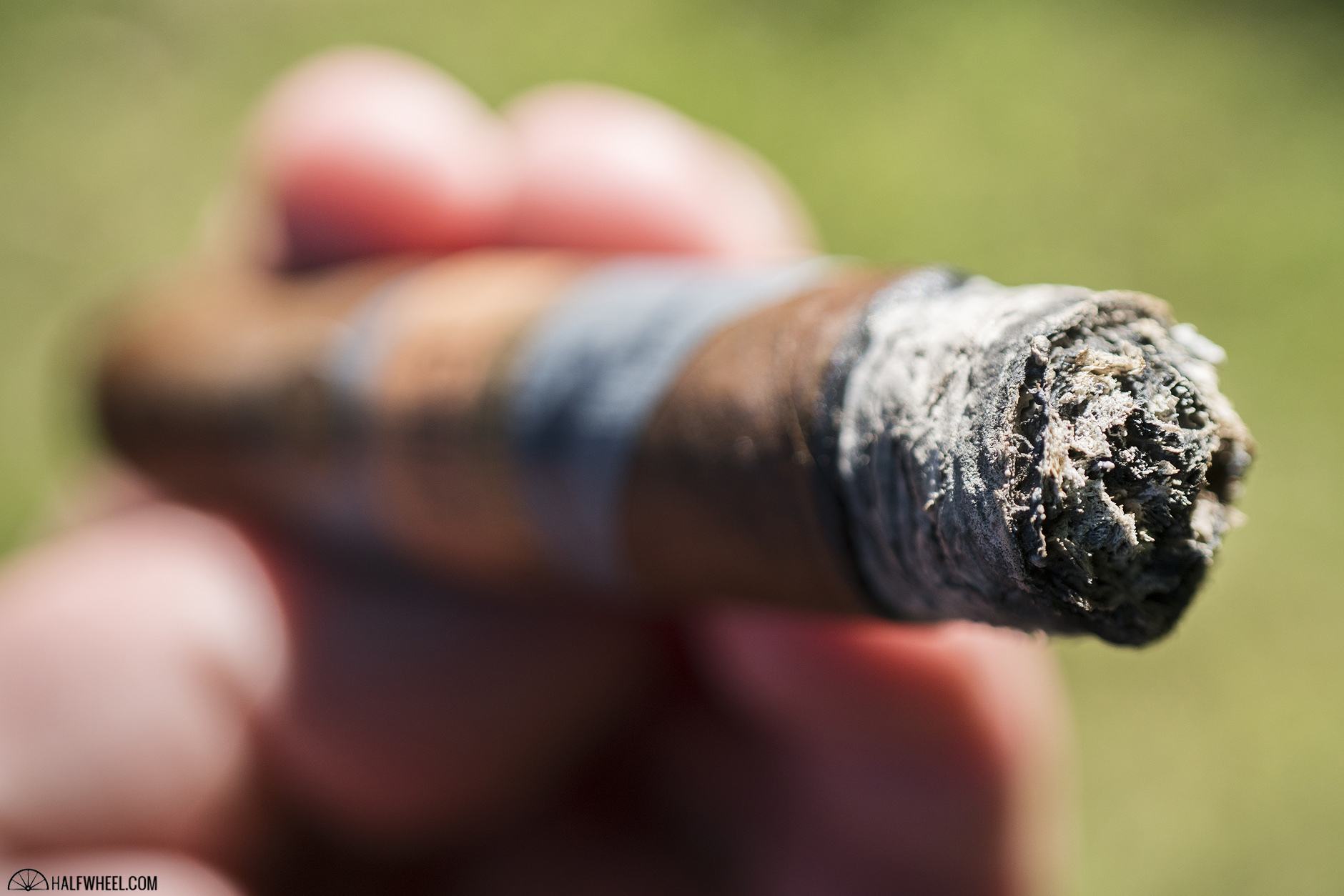 Thankfully, the final third of the Diesel Whiskey Row starts to show some complexity, as I start to taste more floral, more raisin sweetness and more cinnamon. That is not to say that the oak and leather combination are not still dominant—they are—but they have become a bit more muted, meaning I can taste other flavors in various amounts, including licorice, popcorn, grass, almonds and slight nutmeg. The construction continues to impress, while the smoke production has actually increased late in the game. The overall strength actually increases quite a bit, hitting a point slightly north of the medium mark by the time I put the nub down with a little more than an inch left. 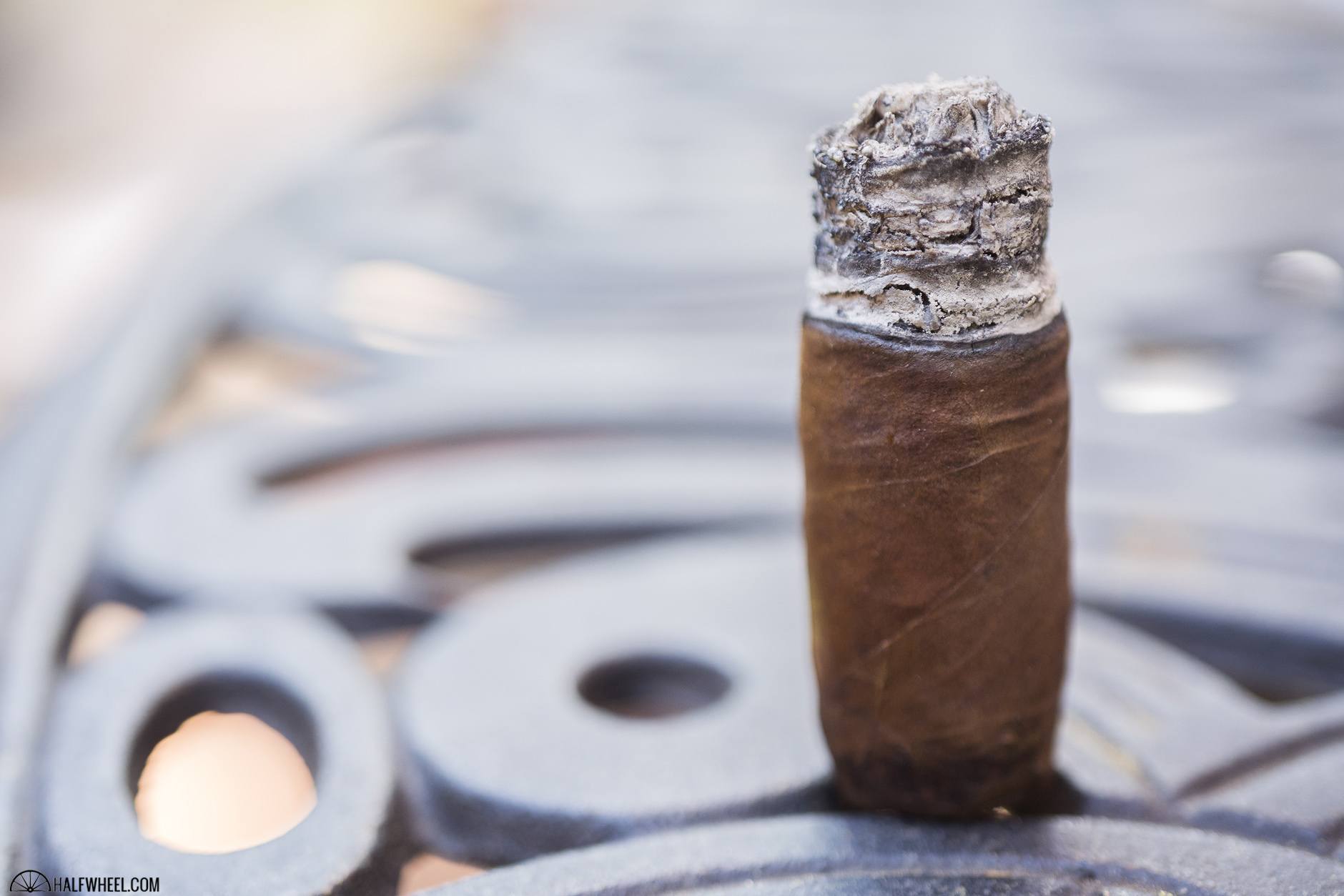 Let’s get one thing out of the way immediately: despite the way it is produced and the name it carries, the Diesel Whiskey Row does not actually taste like whiskey. In fact, there is no whiskey flavor anywhere near the cigar. Instead, the cigar is full of distinct—and at times, overwhelming—oak and leather notes that dominate the other flavors, leading to an extremely one-dimensional profile. This combination of flavors is aggressive, the black pepper on the retrohale is aggressive and the bitterness on the finish is aggressive. Predictably, all of this aggression in the profile causes the balance to suffer significantly, although the last third of each of the samples was definitely an improvement over the other two. Unfortunately, while the interesting story behind the Diesel Whiskey Row and the fantastic construction try their best, they can not make up for the lack of complexity in the profile.