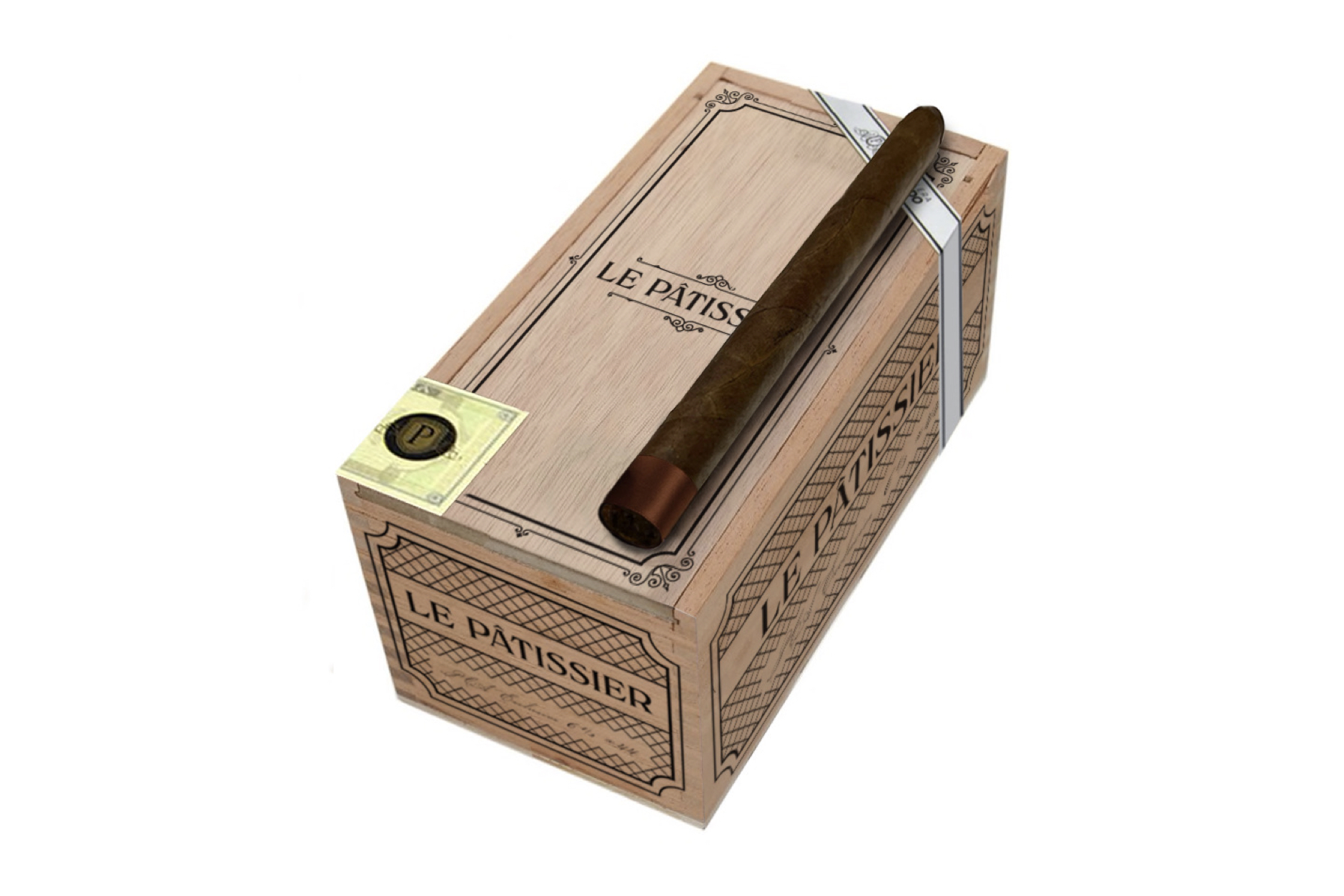 Crowned Heads’ exclusive release for the 2021 PCA Convention & Trade Show will be another French-named food-inspired cigar.

It’s called Le Pâtissier, the French term for pastry chef, a 6 1/4 x 44 lonsdale that uses a Connecticut broadleaf wrapper over a binder from Jalapa, Nicaragua and fillers from Costa Rica, as well as the Ometepe and Pueblo Nuevo regions of Nicaragua.

While it is being made at Tabacalera Pichardo in Estelí, Nicaragua, the company says this release is “inspired by” Le Carême, another Crowned Heads cigar that is made at Tabacalera La Alianza in the Dominican Republic. That cigar’s name was inspired by the French chef, Marie Antoine Carême. While both cigars use a Connecticut broadleaf wrapper, the internal blends are different.

“When we were approached to do a PCA 2021 exclusive we wanted to bring something special to the show,” said Jon Huber, co-founder of Crowned Heads, in a press release. “Pâtissier is an amazing expression of Connecticut broadleaf that exudes a unique combination of complexity, finesse and balance. We’ve produced broadleaf-based blends with three other factories to this point; however, Pâtissier brings a different dimension to the profile that makes it stands on its own.”

The MSRP is $10.50 per cigar and it will be offered in boxes of 20. Le Pâtissier will only be offered to retailers who place orders at the 2021 PCA Convention & Trade Show, which takes place July 10-13 in Las Vegas. The cigars are expected to begin shipping this fall.

Asylum/CLE, La Palina and Rocky Patel have all announced new cigars that are only available to retailers who place orders at the 2021 PCA Convention & Trade Show.