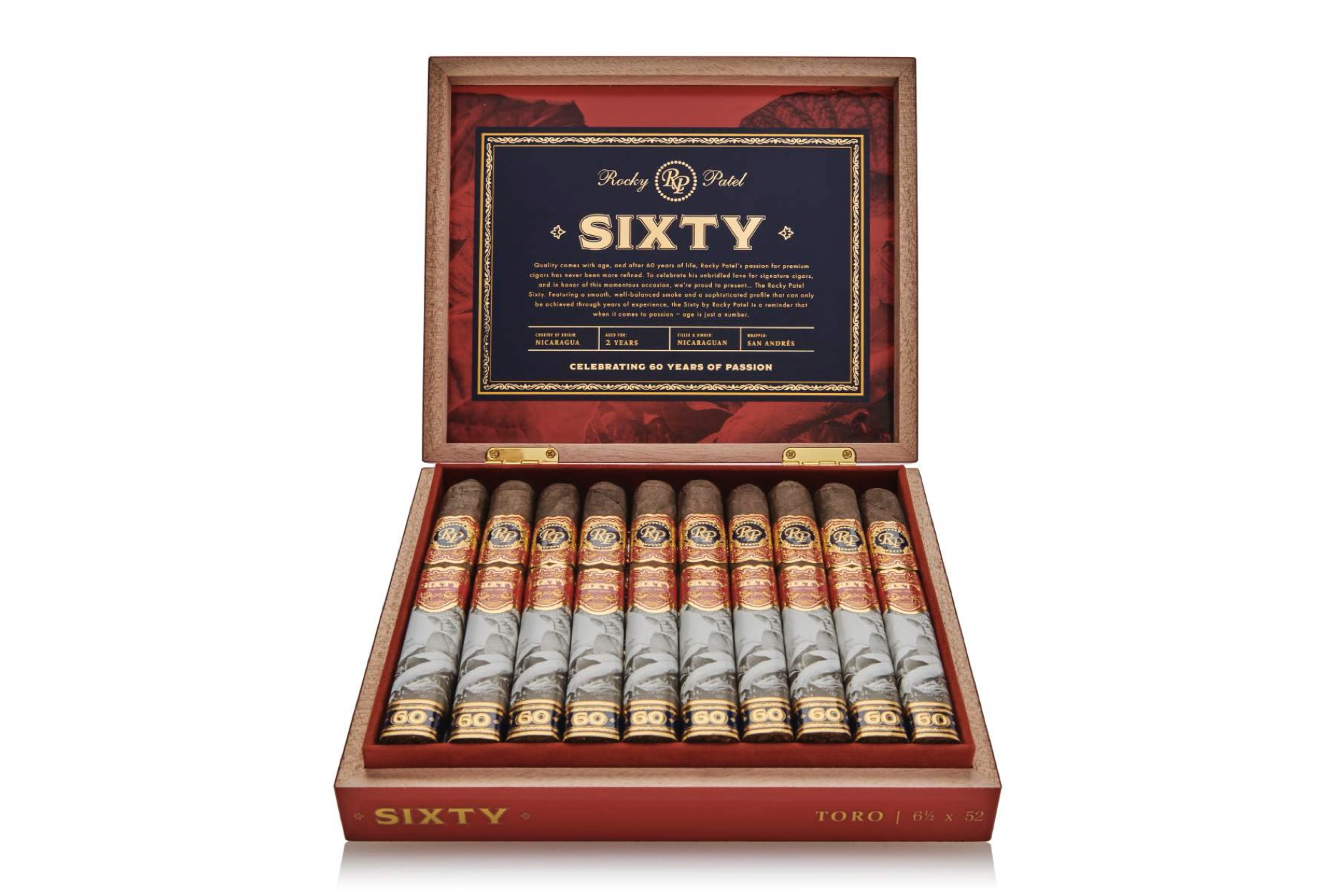 Earlier this year Rocky Patel celebrated his 60th birthday, and of course, that means a special cigar was in order.

The Sixty by Rocky Patel will debut this summer at the 2021 PCA Convention & Trade Show. It’s a new three-size line, though a fourth is already planned for later this year. The cigar uses a Mexican San Andrés wrapper over a Nicaraguan binder and fillers from Nicaragua.

All sizes are box-pressed.

The company says a half corona size is slated to come out later this year, perhaps debuting first in Europe.

It is being produced at the company’s Tabacalera Villa Cuba S.A. (TAVICUSA) factory in Estelí, Nicaragua. Rocky Patel Premium Cigars, Inc. says the cigars were aged for two years prior to their release.

A description inside the box reads:

Quality comes with age, and after 60 years of life, Rocky Patel’s passion for premium cigars has never been more refined. To celebrate his unbridled love for signature cigars, and in honor of this momentous occasion, we’re proud to present… The Rocky Patel Sixty. Featuring a smooth, well balanced smoke and a sophisticated profile that can only be achieved through years of experience, the Sixty by Rocky Patel is a reminder that when it comes to passion – age is just a number.

The Sixty by Rocky Patel will only be available to retailers who attend the PCA Convention & Trade Show and place orders at the trade show. It takes place July 10-13 in Las Vegas.

Update (Sept. 17, 2021) — Rocky Patel adjusted the pricing of these cigars prior to them shipping.