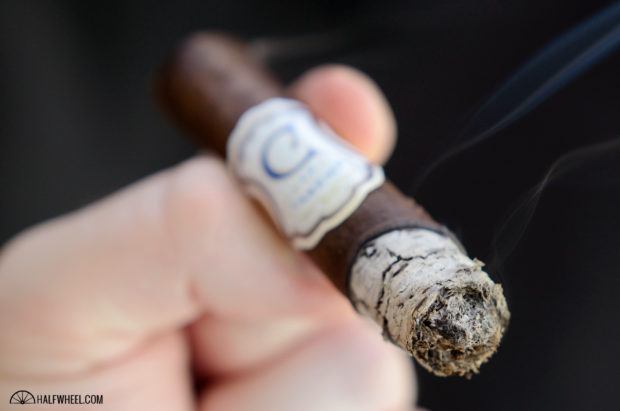 Crowned Heads is again paying tribute with a new cigar, and this time it’s in the form of the Le Carême. Marie Antoine Carême was a pioneer in French cuisine, with one of his lasting contributions being the popularization of the soufflé. While Crowned Heads isn’t any stranger to cigar tributes using popular culture for the inspiration, this is the first one based around food. 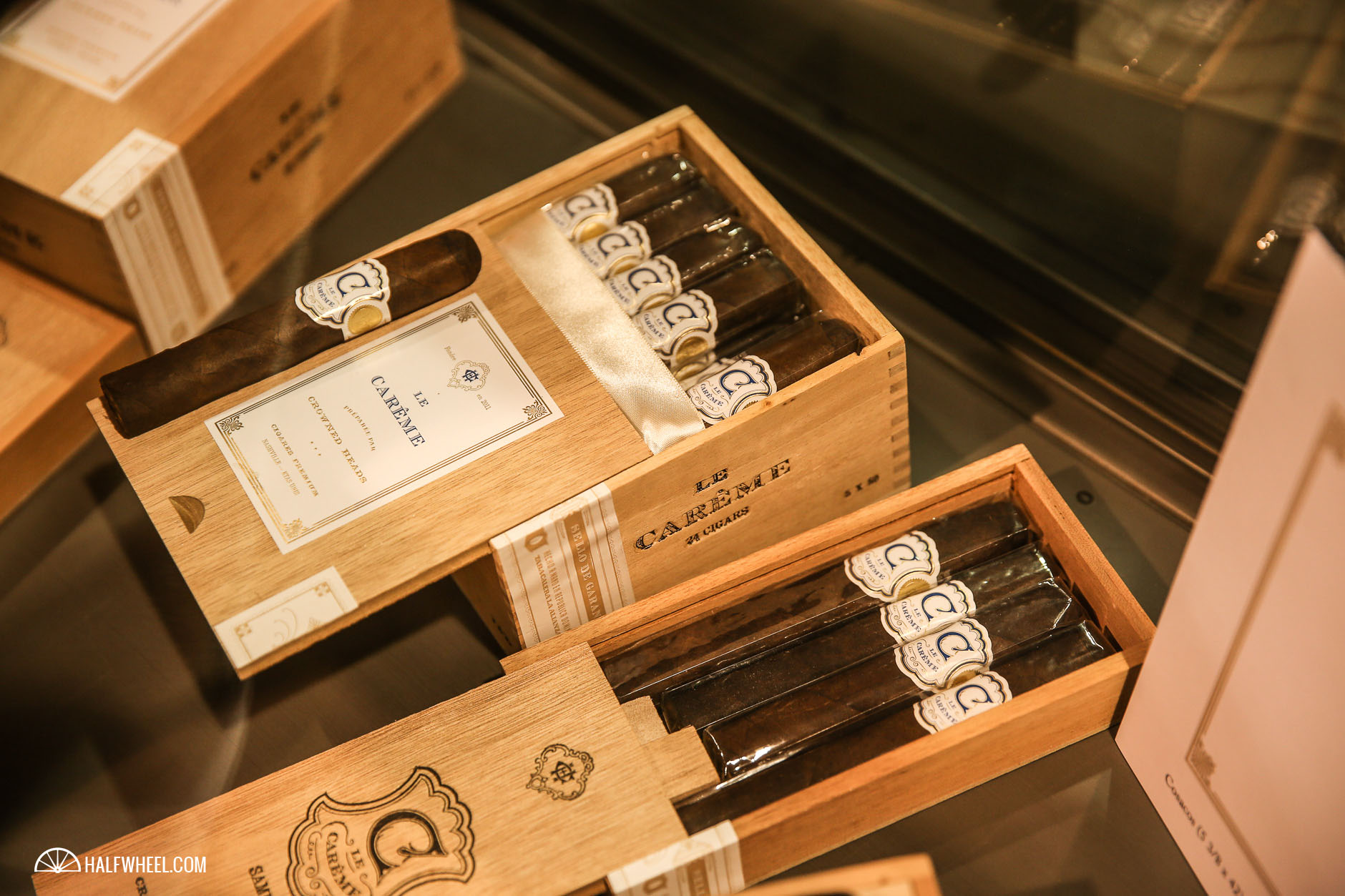 Shown off and launched at the 2016 IPCPR Convention and Trade Show, the Le Carême comes in 24-count boxes and features a soft box-pressed shape and will launch with four sizes: 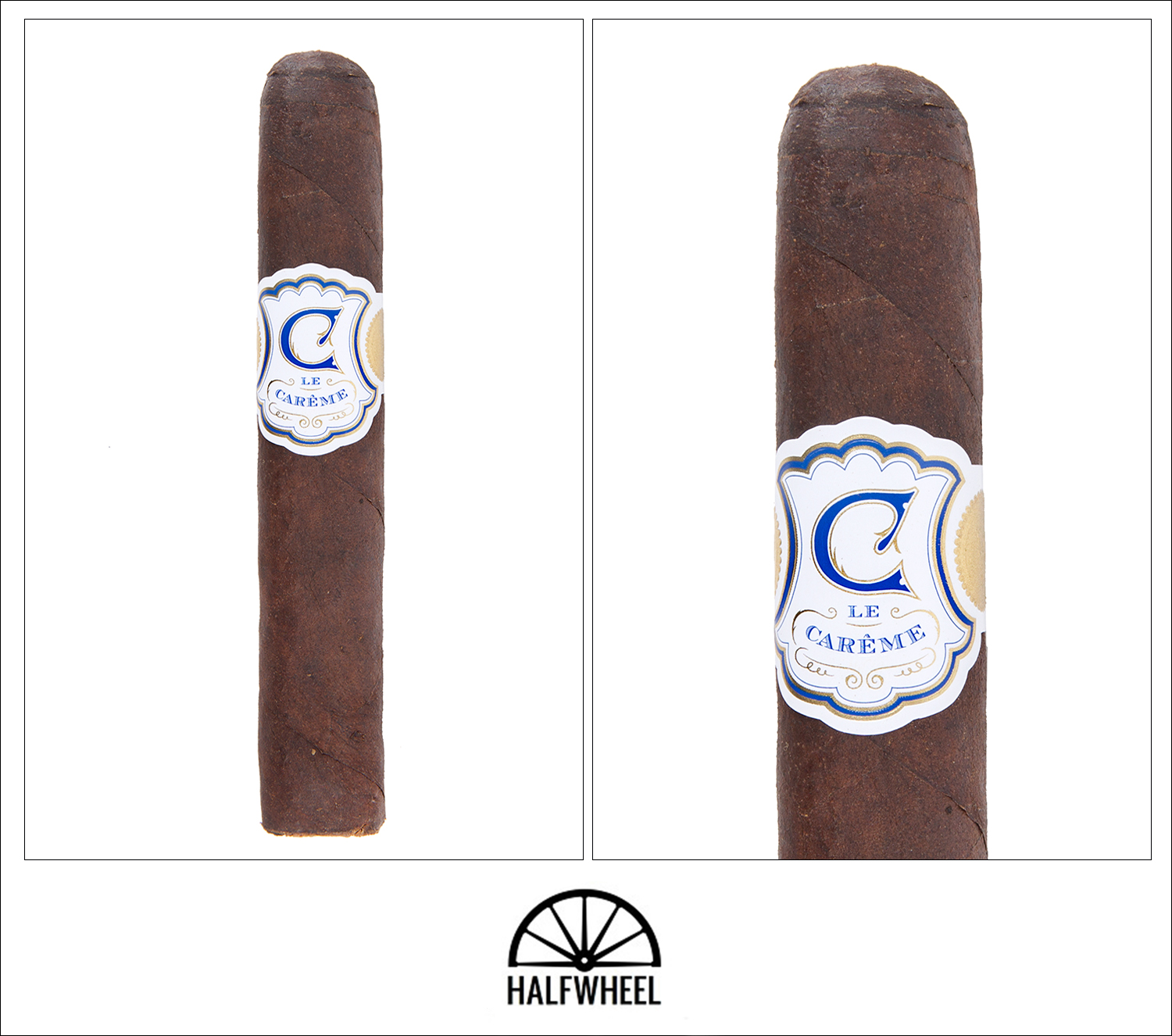 The Le Carême’s wrapper is dark, rough and quite oily to the touch. While it’s mostly firm when squeezed, there are a few slightly softer spots that have more give than the rest—certainly not anything that I would call soft or squishy though. The wrapper has a strong earth note that leads the pack, with rich fruit, nuts and cocoa following behind. The cold draw starts out with huge notes of chocolate, nuts, dried fruits and an odd touch of salty ocean air in the background. It’s slightly out of place, but light enough that it isn’t off putting.

Starting into the first third the Le Carême is fairly sweet, though a healthy dose of black pepper intermingles with dried fruit, spice and a little bit of the salty ocean air from the cold draw. The draw is right in the middle of ideal, with plenty of smoke production that fills the air around me with a pleasant aroma. While I wouldn’t call the burn rough, it certainly isn’t razor sharp either, with a bit of a jagged nature to it although it does stay mostly even. At around the inch mark, I get slightly nervous about the ash and go to roll it off, but it resists a surprising amount, giving me the indication it could’ve stayed on well past that. Another half an inch sees the pepper dwindling significantly, allowing the sweetness to gain more of a foothold and the spice note to deepen. 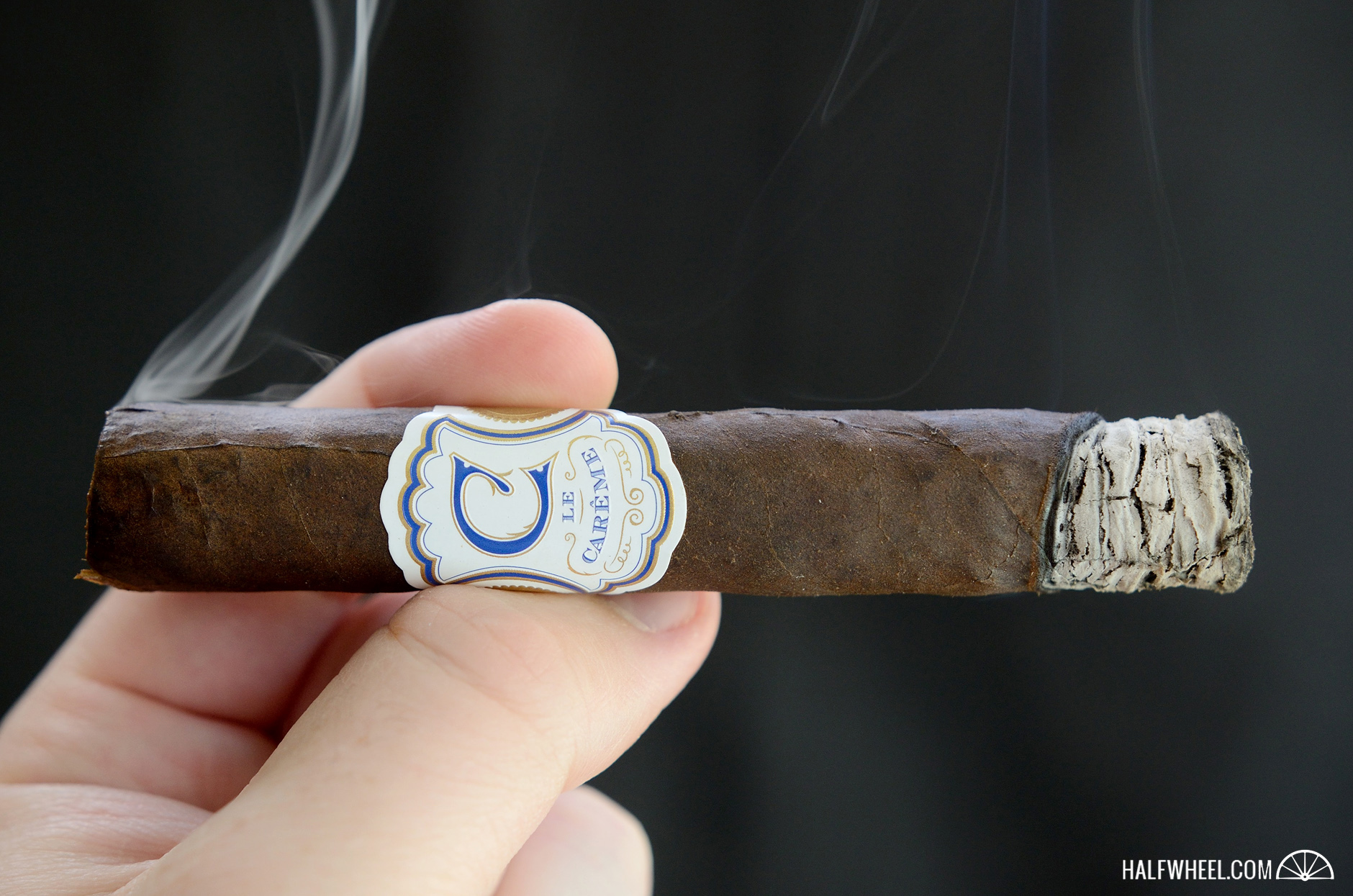 The second third continues the downward trend of the pepper note, putting it firmly in the background, with the profile taking a sweeter, creamier turn. Cocoa, nuts and dried fruits are more at the forefront, with spice and cedar growing to slightly more bold notes. There is still a hint of that salty sea air in the background, which doesn’t really have a place in the profile, but doesn’t seem to be a detriment either. The burn is still fairly wavy, but keeps itself even and hasn’t needed any help from me or my lighter. 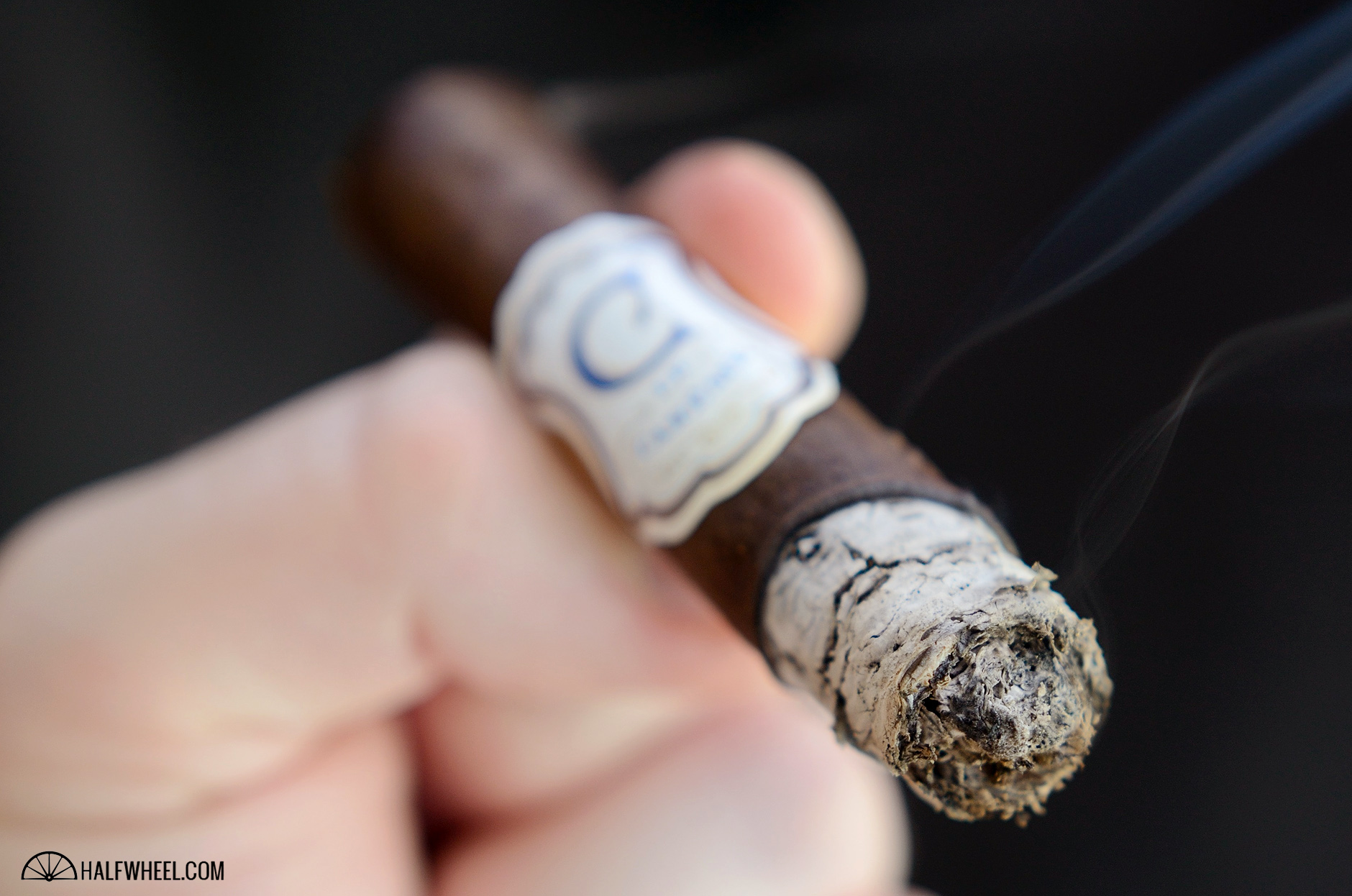 The final third continues much as the second, with sweet spice and creamy cedar leading the pack, followed by slightly lighter cocoa, nuts, and fruits. Pepper and salty sea air notes are still lingering in the background, mostly present occasionally and not even what I would call a consistently presence in the profile. Burn and ash retention still impress, showing off solid construction throughout and something that I barely even had to think about. 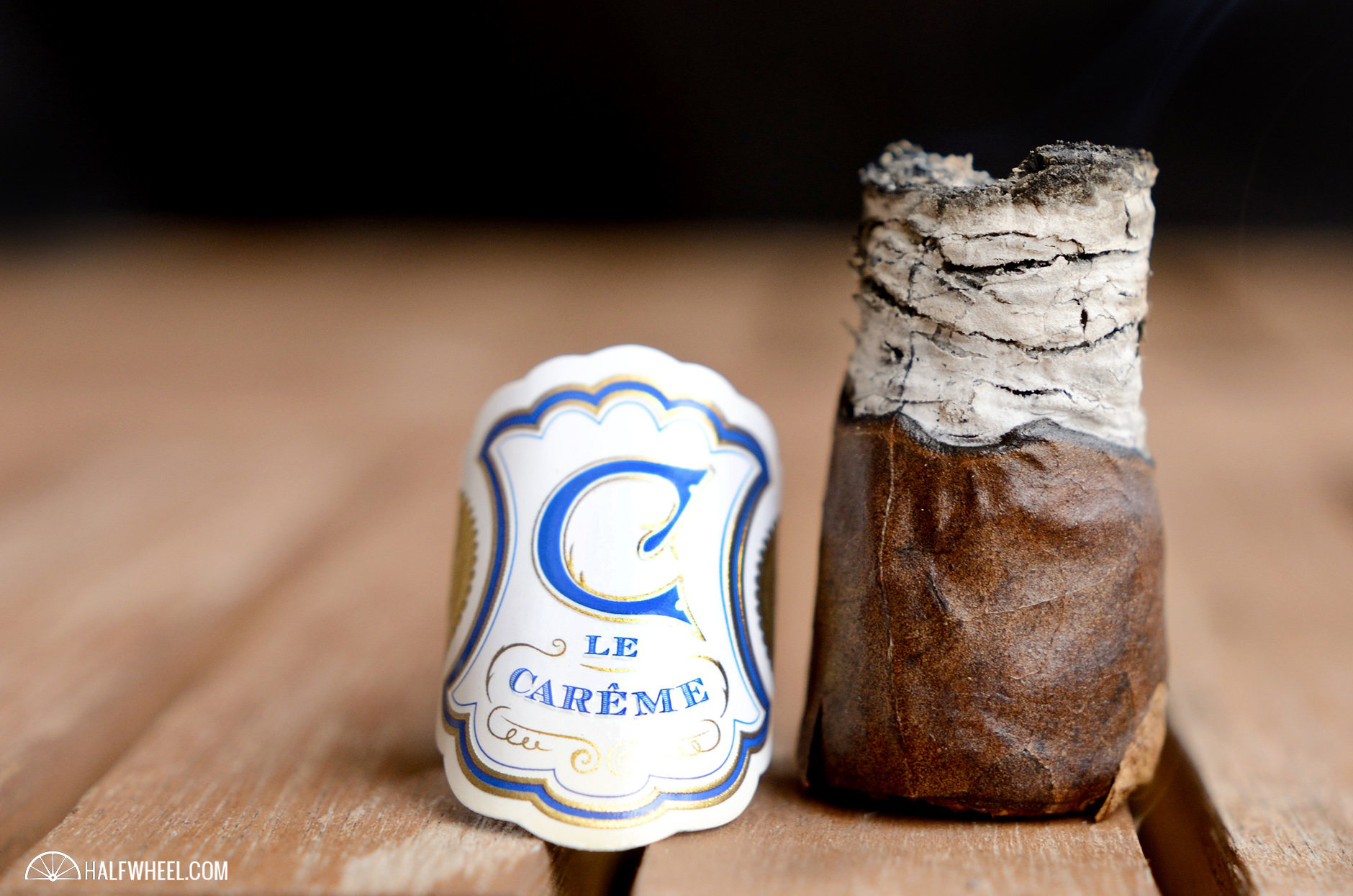 If Crowned Heads was going for a cigar that tasted like a sweet dessert, it certainly did quite a good job at doing just that. The first third doesn’t have quite as much of a dessert quality as the second, with the middle of the cigar really peaking with a sweet, creamy chocolate dessert-like profile. While the first and final third certainly aren’t bad—they were quite enjoyable—I found myself wanting more of the middle part of the cigar. Having said that though, I am very happy that this is regular production, and it’s certainly something I will find myself picking up more of. Unlike many of their popular limited releases, you don’t need to rush out to grab these before they’re gone, but I certainly wouldn’t wait around either - I doubt you’ll regret trying them for yourself.