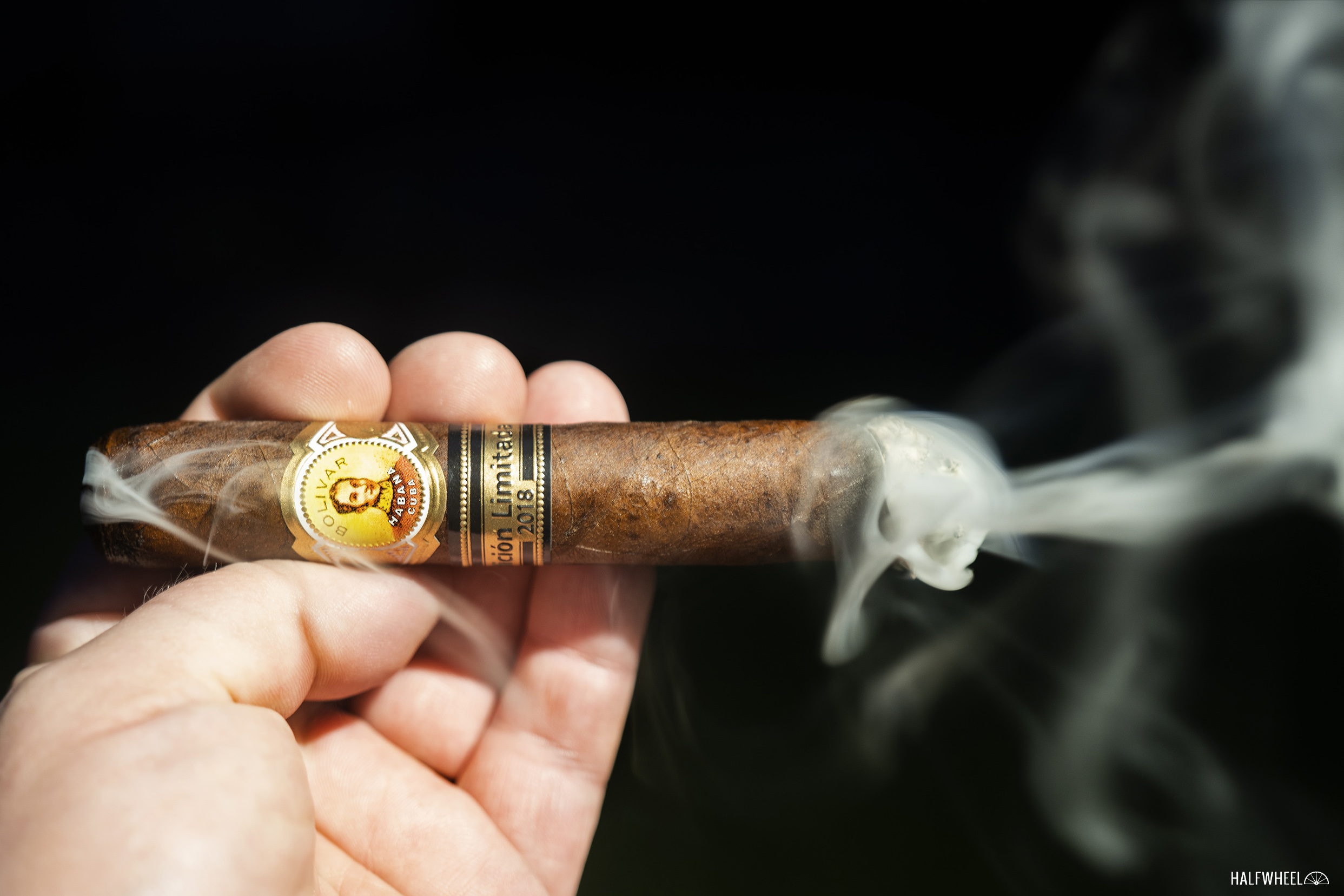 On Nov. 19, 2018, Habanos S.A. formally debuted the second of what would eventually consist of three different Edición Limitada releases for 2018: the Bolívar Soberanos.

The Soberanos measures 5 1/2 inches long (140mm) with a 54 ring gauge, a double robusto vitola that is known as the Duke after it was first used for the Romeo y Julieta Dukes, another Edición Limitada release that came out in 2009. Since then, the size has been used on several Edición Regional releases, as well as the Partagás Serie E No.2, a regular production cigar that debuted in 2011.

The Edición Limitada series is the longest-running annual limited edition series from Habanos S.A. Charlie Minato has previously summarized it: 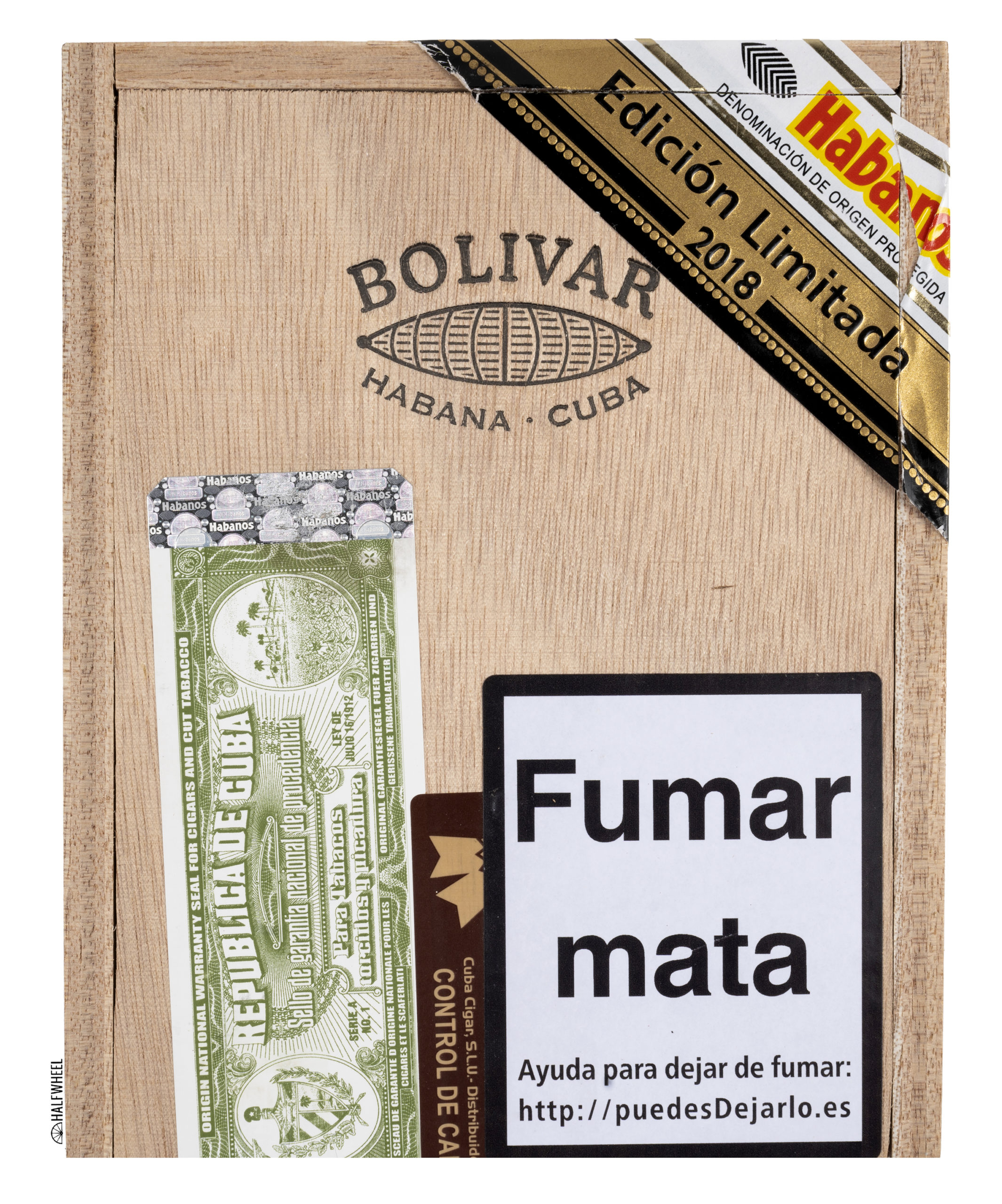 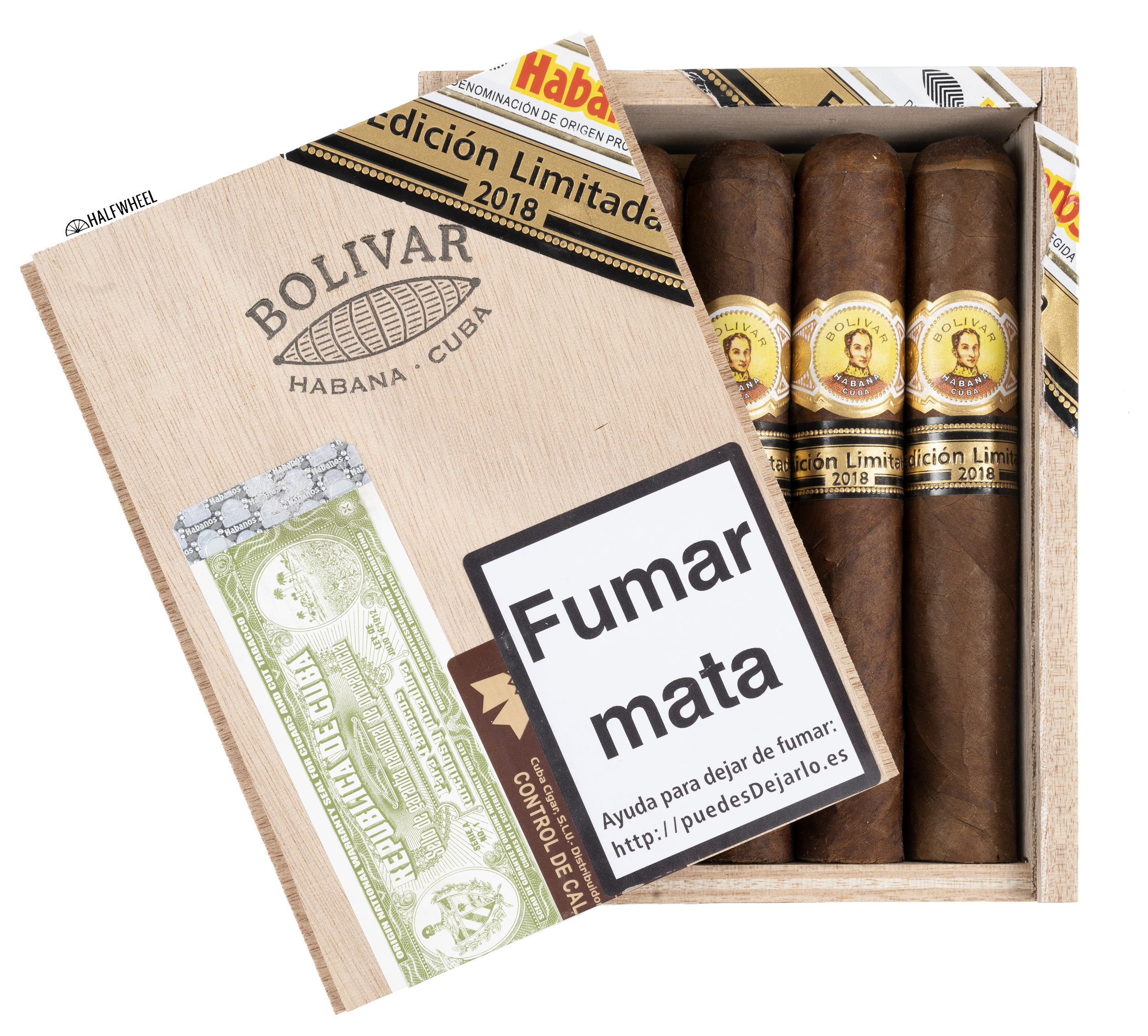 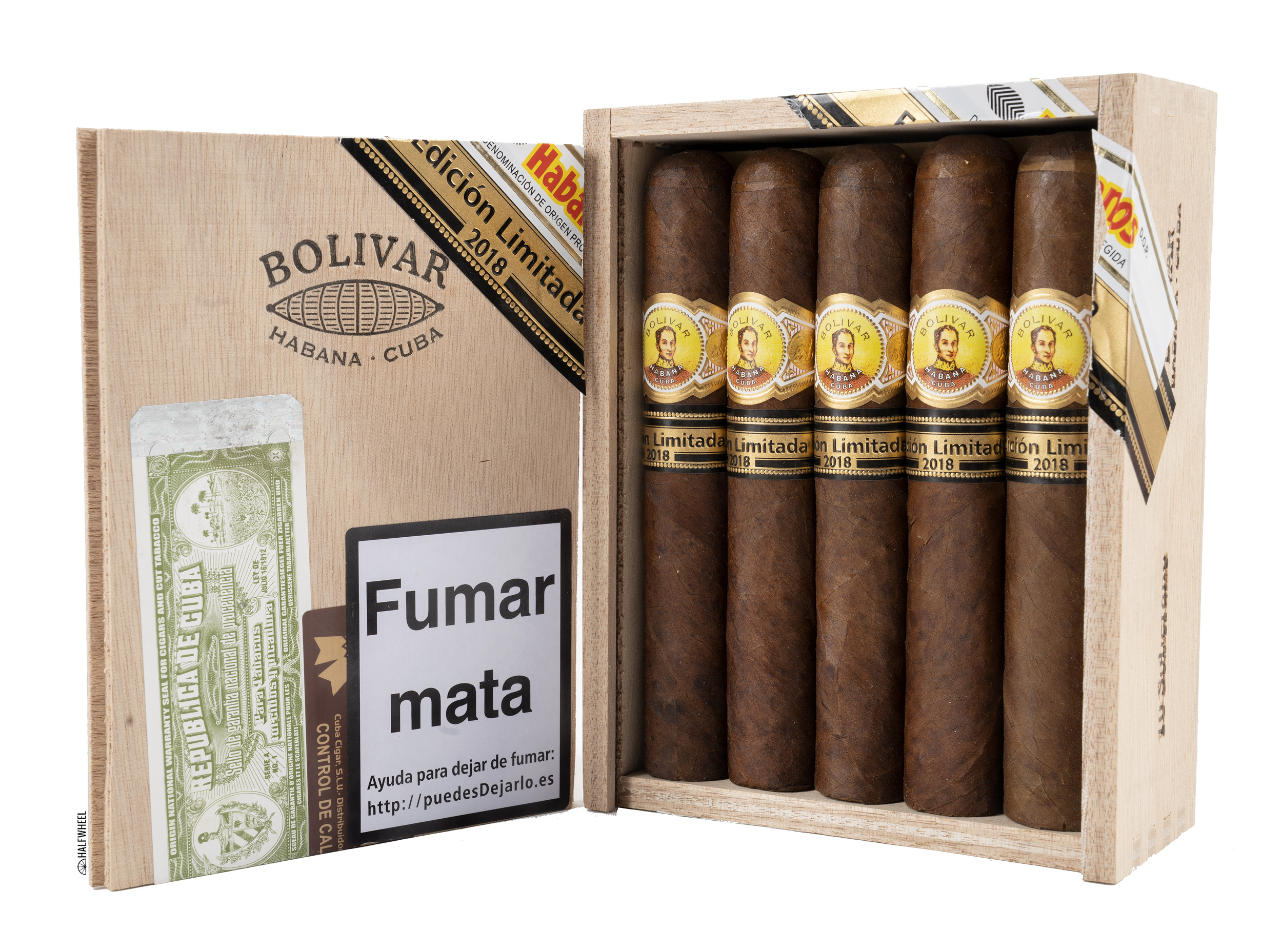 The Bolívar Soberanos was announced at the Festival del Habano in February and then had a launch event that took place in Hong Kong on Nov. 19-20, 2018, with 10-count boxes shipping to retailers soon after that.

This becomes just the third time that Bolívar has been selected for the Edición Limitada program:

As noted above, the Bolívar Soberanos was one of three Edición Limitada releases for 2018: 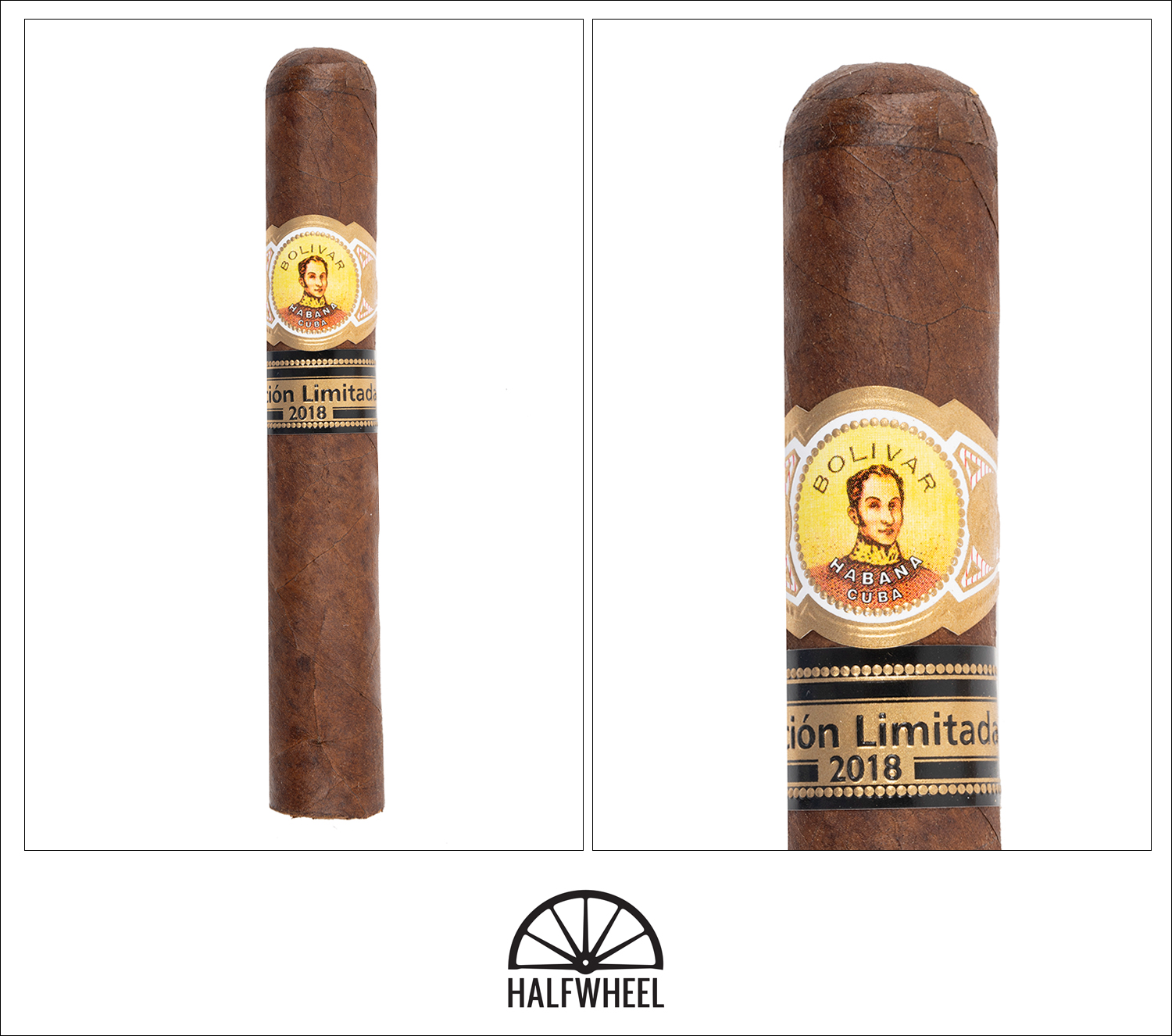 For the second review in a row, I have a Cuban cigar with an unusually dark wrapper, although the leaf on the Bolívar Soberanos is both a bit lighter and a bit more mottled than the one on the Quai d’Orsay Senadores Edición Limitada 2019. The wrapper feels like rough parchment to the touch and features a bit of oil, while the cigar is also quite spongy when squeezed. Aroma from the cover leaf and foot is a combination of mesquite, earth, leather, nuts, grass, strong barnyard and generic citrus while the cold draw brings flavors of the pine nuts, floral, dark chocolate, freshly brewed espresso, generic wood, earth and a hint of raisin sweetness.

Starting out, the profile of the Bolívar Soberanos features both black pepper and sweet raisins in almost equal amounts, though both are replaced by a combination of leather and peanut shells after the first 10 puffs or so. Those are followed by lesser notes of espresso beans, cinnamon, cocoa powder and hay, along with a slight floral sweetness on the finish that has no issues keeping up with the rest of the flavors. In addition, there is a slightly bitter orange zest note on the retrohale that combines nicely with some black pepper that is also present, both of which seem to be getting stronger. Construction-wise, the draw is excellent after a straight cut and the smoke production is extremely dense off of the foot, but I’m forced to touch up a wavy burn line. In terms of strength, the Bolívar Soberanos shows its colors early by hitting a point close to medium by the end of the first third.

The Bolívar Soberanos has some major changes in store for the profile as it starts its second third, beginning with the dominant flavors. They shift from leather and peanut shells to a creamer combination of almonds and milk chocolate, and the supporting notes are a bit different as well, with a list that includes grass, cocoa nibs, coffee beans, cinnamon, wheat, corn and earth. There is less black pepper on the retrohale, while the orange zest flavor increases in strength and loses the bitterness that defined it earlier. Not surprisingly, the sum of those changes bumps up the overall complexity of the profile. The burn evens up well and seems resolved to give me no further issues. Strength-wise, the cigar features a noticeable increase as the second third comes to a close, easily enough to hit a solid medium. 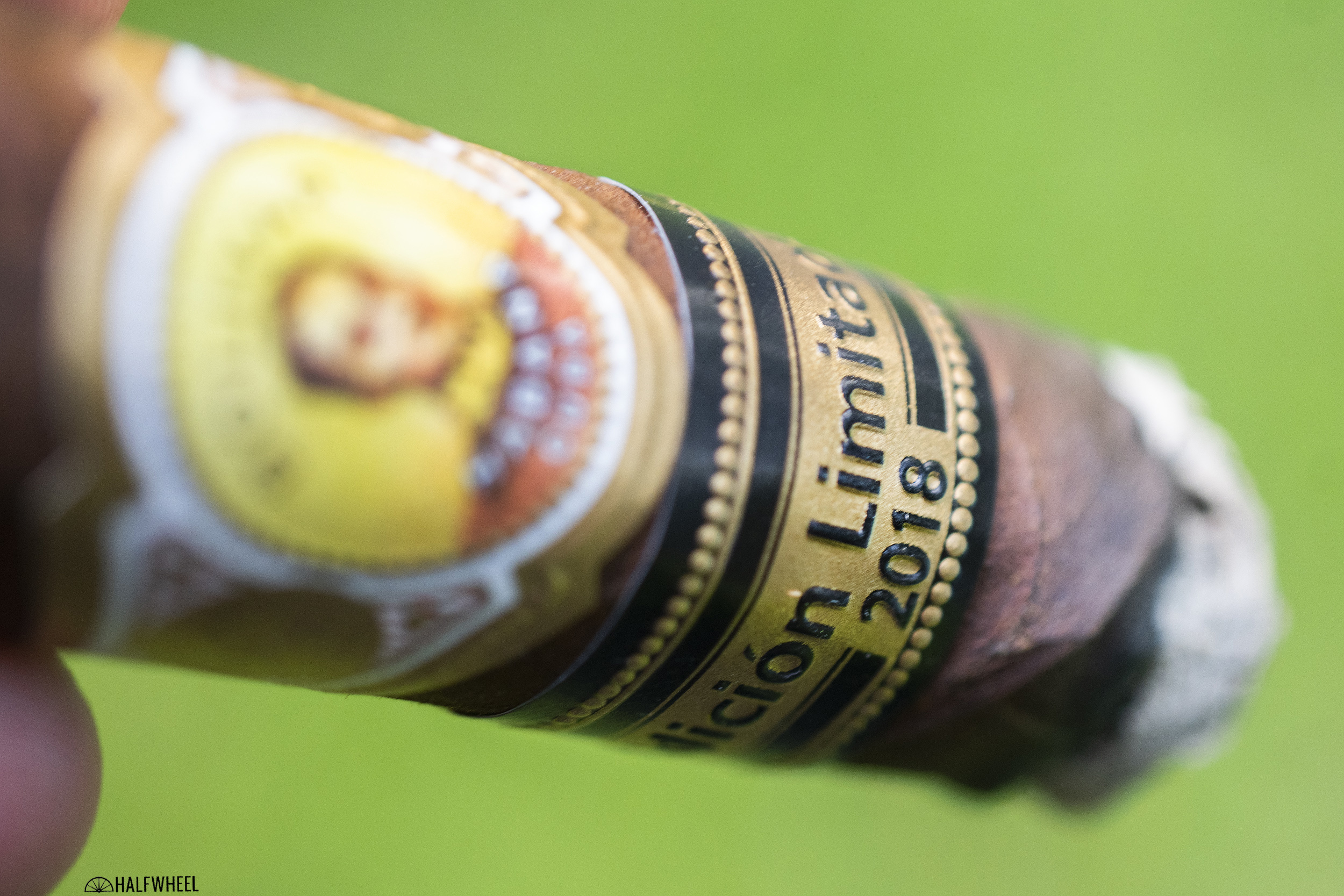 Unlike the second third, the final third of the Bolívar Soberanos holds almost no surprises, with the same profile dominated by a combination of almonds and milk chocolate followed by flavors of cinnamon, bread, espresso beans, grass, earth and a touch of floral. Although it has decreased compared to the second third, the orange zest note is still a major part of the profile and continues to have a positive impact on the overall complexity. Both the burn and the draw continue to give me no issues whatsoever, while the overall strength increases enough to hit a point just past medium by the time I put the nub down with a bit less than an inch remaining. 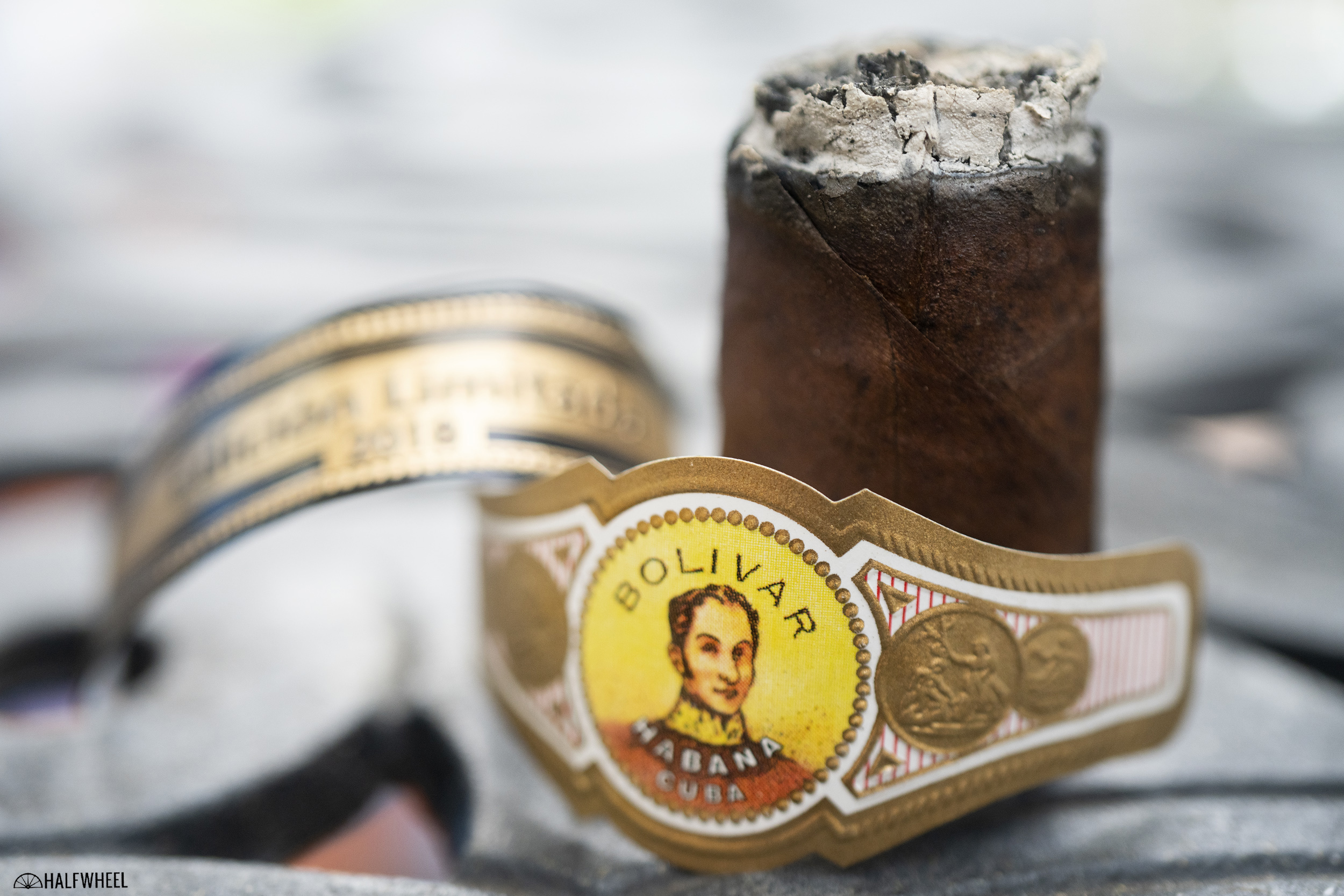 This is another one of those reviews where if you see the final score but don't read the review, you won't have any idea what this cigar is actually like. The first third of one sample was not good, but the last two thirds of that sample and the other two cigars were quite the opposite: offering a complex, balanced and quite enjoyable profile. In the end, there is already plenty to love about the Bolívar Soberanos, but I think a few years of rest will really make this blend sing.