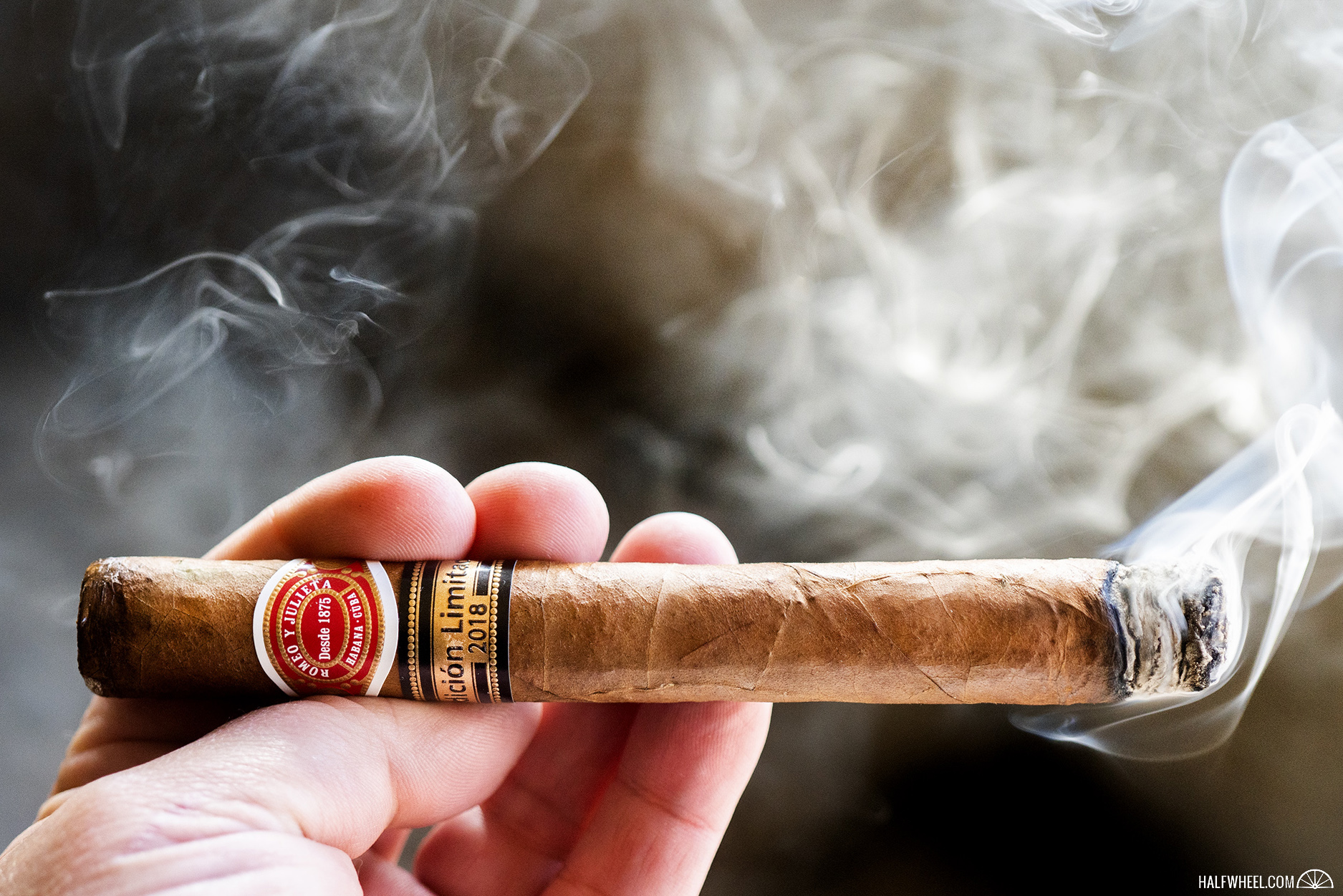 On Sept. 8, 2018, more than 500 people attended an event held at the Wanda Metropolitano Stadium in Madrid, Spain that brought together Habanos S.A.; the Spanish distributor of Cuban cigars, Tabacalera S.L.U.; and the cigar club, Club Pasión Habanos, to officially debut the first Edición Limitada release of 2018. The Romeo y Julieta Tacos Edición Limitada 2018 is a 6 5/8 x 49 grand corona vitola packaged in boxes of 25. Local pricing, amongst the cheapest for Cuban cigars in the world, was €18 per cigar, or just under $21 at the time of release.

There is no current regular production vitola with the same size as the Tacos for the Romeo y Julieta brand, but that is not to say that it has not existed. In fact, a press release sent by Habanos S.A. when the Tacos was released indicated that it is a “vitola that has been reclaimed from the 1970s,” and referenced a cigar dubbed the Tacos Imperiales.

If you are not versed in the particulars of the Edición Limitada program, Charlie Minato supplied a great background: 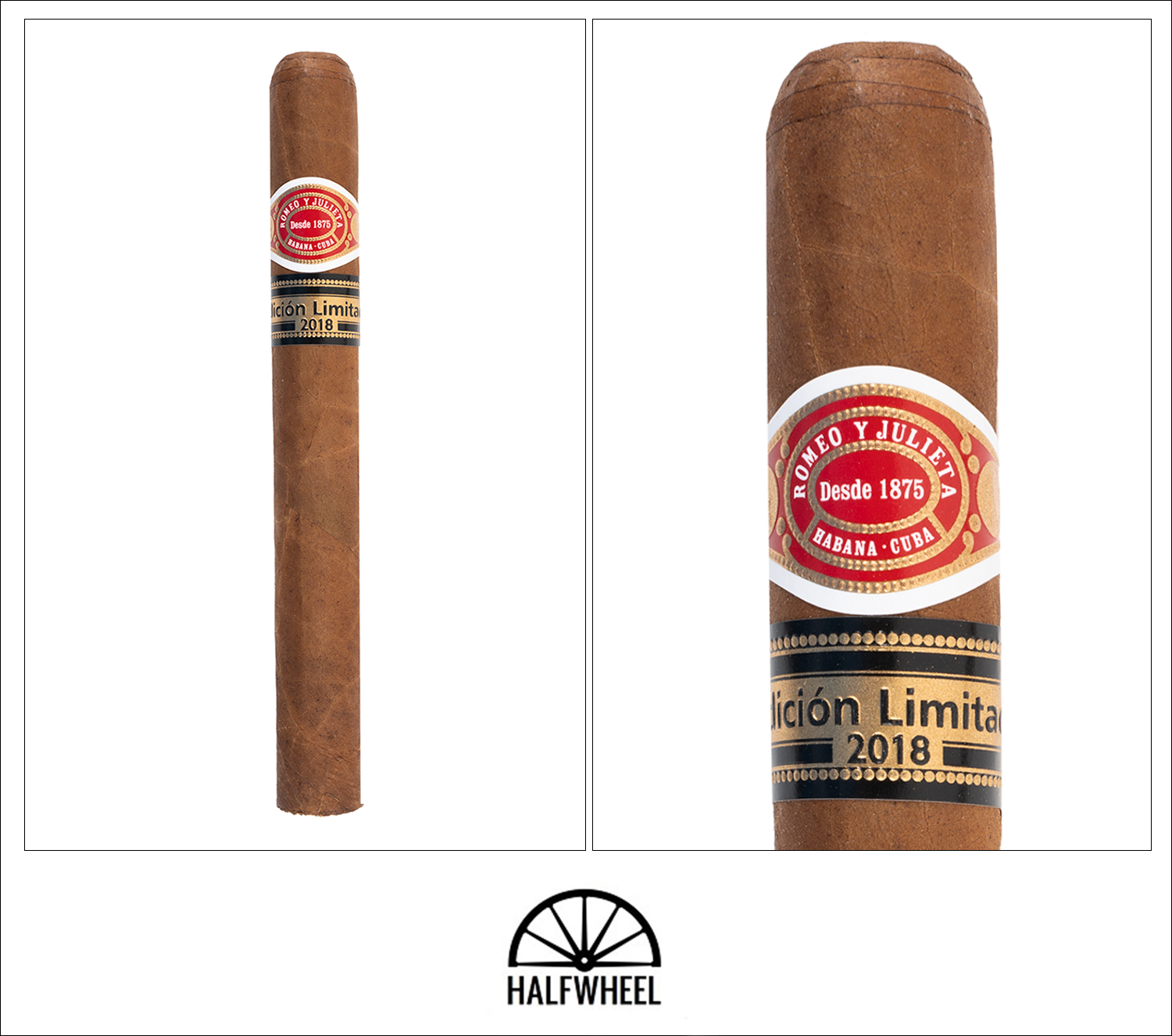 Visually, the Romeo y Julieta Tacos is covered in a non-descript medium brown wrapper that features plenty of oil along with a few prominent veins and a large number of bumps up and down the length. The cigar is fairly spongy when squeezed, though each of the samples has a hard knot just under the cap above the band. Aroma from the foot and wrapper is a fairly standard combination of hay, earth, leather, vanilla, generic nuts and manure, while the cold draw brings flavors of clay, espresso beans, hay, cedar, almonds, a generic sweetness and a touch of floral.

Right after cutting the cap of the Romeo y Julieta, I knew I was in a bit of trouble, as the draw was quite tight, and I am forced to use a draw poker to get decent airflow. Thankfully, it is not that big of an issue and after lighting the foot, the profile features distinct flavors of creamy cedar and salted almonds as the dominant combination, followed closely by notes of hay, sweet earth, coffee beans, leather and clay. I also pick up some floral and white pepper on the retrohale as the first third burns down, while the finish features a slight caramel sweetness that seems to be slowly gaining strength. Other than the aforementioned issue with the draw, the construction is fine, with a burn line that is wavy but non-problematic so far. Strength-wise, the Romeo y Julieta Tacos is extremely light, barely hitting a point between mild and medium before the end of the first third.

Although the floral note from the first third increases a bit as the second third of the Romeo y Julieta Tacos begins, there is no stopping the salted almonds and creamy cedar combination from being the dominant flavors. Those are interspersed with lesser notes of leather, hay, dark and bitter chocolate, coffee beans and baker’s spices that flit in and out, while the retrohale sees a slight increase in the white pepper and caramel sweetness compared to the first third. The draw has opened up nicely by the halfway point, but the burn needs touching up a couple of times to avoid getting out of hand, while the smoke production is about average off of the foot. The overall strength begins to increase noticeably right as the second third ends, reaching a point very close to medium. There is not much change in the profile of the Romeo y Julieta Tacos during the final third: the salty almonds and creamy cedar combination easily remain dominant on the palate, while the finish features roughly the same amount of slight caramel sweetness and white pepper as the second third. Additional flavors in the profile include hay, gritty earth, espresso beans, leather tack and bread, while the retrohale has a bit more floral than before. Construction-wise, both the draw and burn finish with no issues, while the overall strength stalls out just a tick above medium right before I put the nub down with less than an inch left. Three adjectives kept running through my mind as I was smoking each of the Romeo y Julieta Tacos for this review: salty almonds, creamy and woody. The saltiness is extremely apparent, not only on the lips but also on the palate, while the creamy cedar—along with a bit of leather, floral and caramel sweetness—become noticeable at certain times. Having said that, the profile is enjoyable—albeit far from anything close to complex—although I did seem to notice flavors on the cusp of breaking through. This release needs more time, and potentially a draw poker, but I feel there is ample evidence that patience will be rewarded.