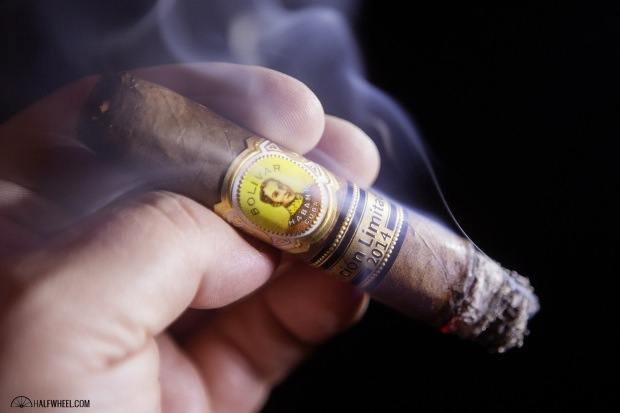 In 2000, Habanos S.A. began releasing the Edición Limitada series: cigars in select brands that are not offered in the regular production portfolio usually made with aged tobacco. Although the number of releases varied for the first few years, since 2004 Habanos S.A. has limited the series to three releases in any given year. In addition, since 2007 all Edición Limitadas are said to use tobacco that has been aged for at least two years. Each Edición Limitada also includes a gold and black secondary band indicating the year it was released.

For the most part, the series has been comprised of Habanos S.A.’s global brands which include Cohiba, H. Upmann, Hoyo de Monterrey, Montecristo, Partagás and Romeo y Julieta. In addition, Some of the multi-local marcas like Bolívar and Punch have been used, but others like José L Piedra have not been used all. 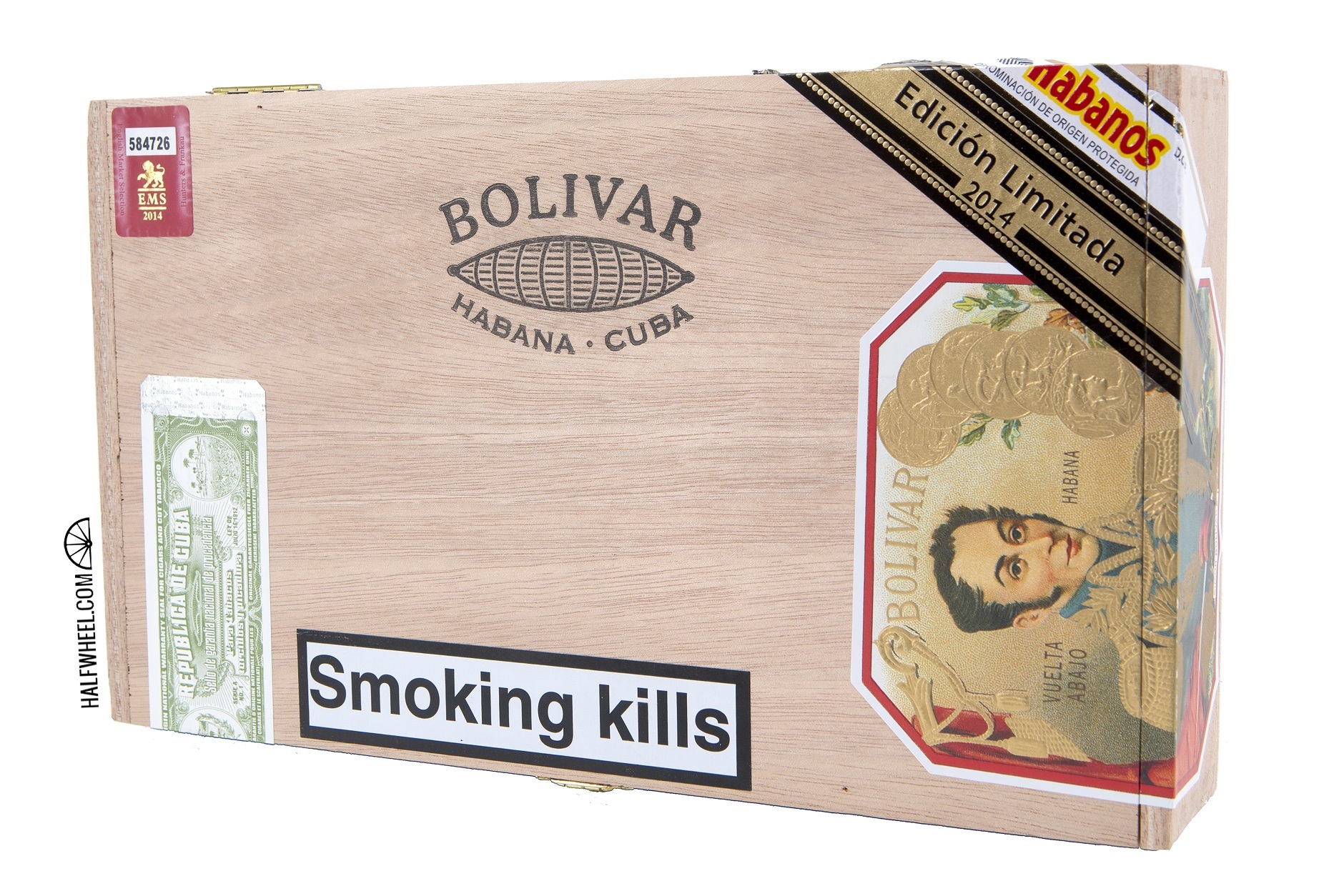 Bolívar, Cohiba and Partagás were selected for Edición Limitadas in 2014. While the Cohiba Robusto Supremos has yet to be seen, the Partagás Seleccíon Privada came first in September, and the Bolívar Super Coronas followed shortly after in October.

There will be three different Edición Limitada releases for 2014. 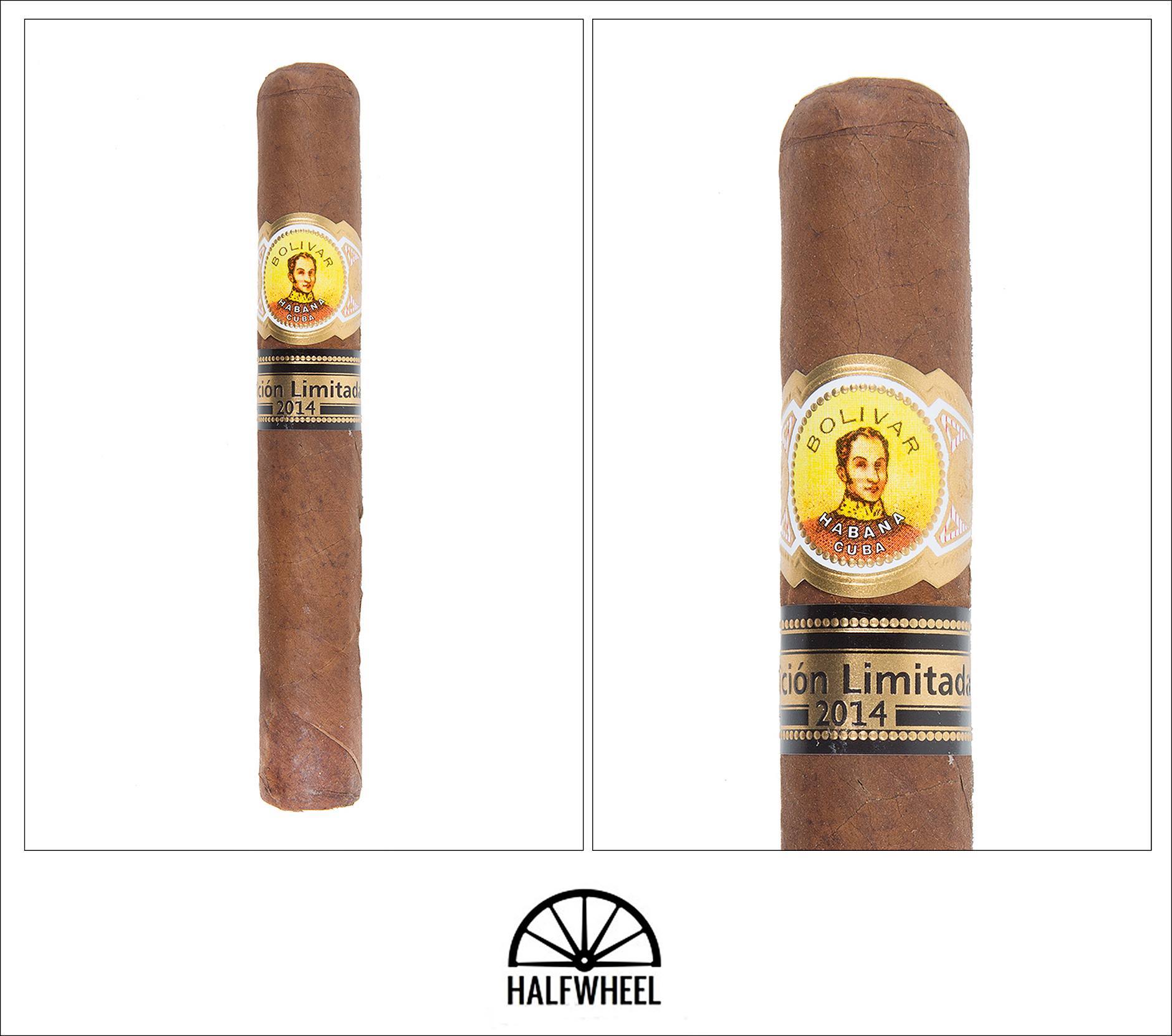 The Bolívar Super Coronas is covered in a dark mocha brown wrapper that has a bit of tooth to it and is slightly spongy when squeezed, although there is no oil present at all. Aroma from the wrapper is a combination of manure, cedar, hay, dark chocolate and raisin sweetness, while the cold draw brings flavors of cinnamon, cream, sweet fruit.

Starting out, the first third of the Bolívar Edición Limitada 2014 has distinct hay, barnyard, dark cocoa, slightly bitter espresso and anise notes, although none of them are particularly dominant as of yet. There is some significant pepper on the retrohale for the first few puffs, along with a touch of spice on the tongue and I am noticing a slight raisin sweetness on the finish that seems to be getting stronger as the first third comes to an end. Construction-wise, both the burn and draw are excellent out of the gate, with the burn being the standout, while the overall smoke production is about average. The strength is negligible in the beginning, but does start increasing as the cigar burns down and hits a point close to medium by the end of the first third. 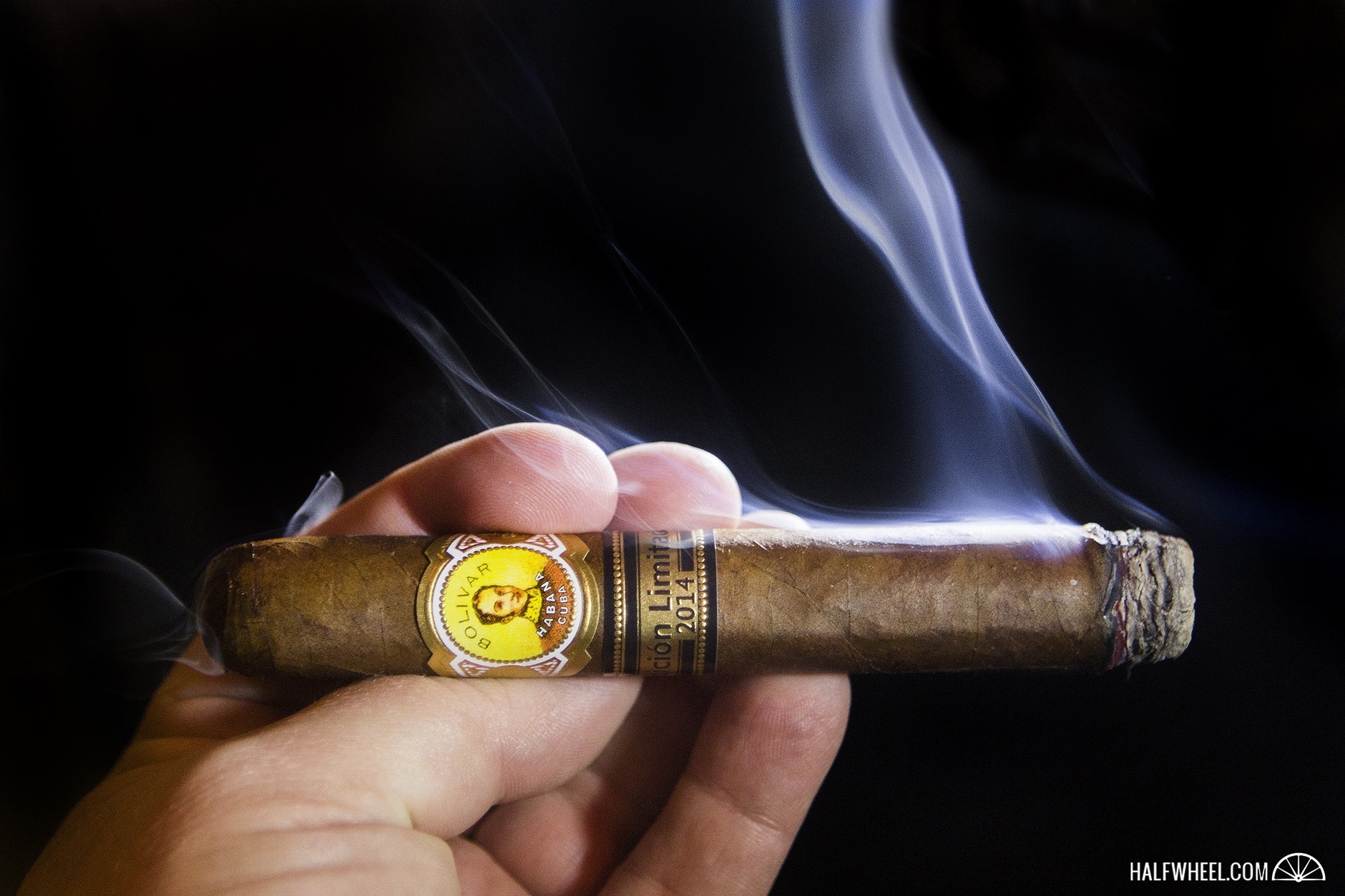 The sweetness begins to build in the second third of the Bolívar, morphing from a raisin note to more of a woody maple flavor that is only present on the retrohale. A dark and slightly bitter cocoa note has taken over as the dominant flavor, but other notes of hay, coffee, barnyard, earth, creamy peanuts and oak flit in and out as well. The strength has increased noticeably to end the second third firmly in the medium range, and the smoke production has become more obvious as well, while both the burn and draw continue to impress. 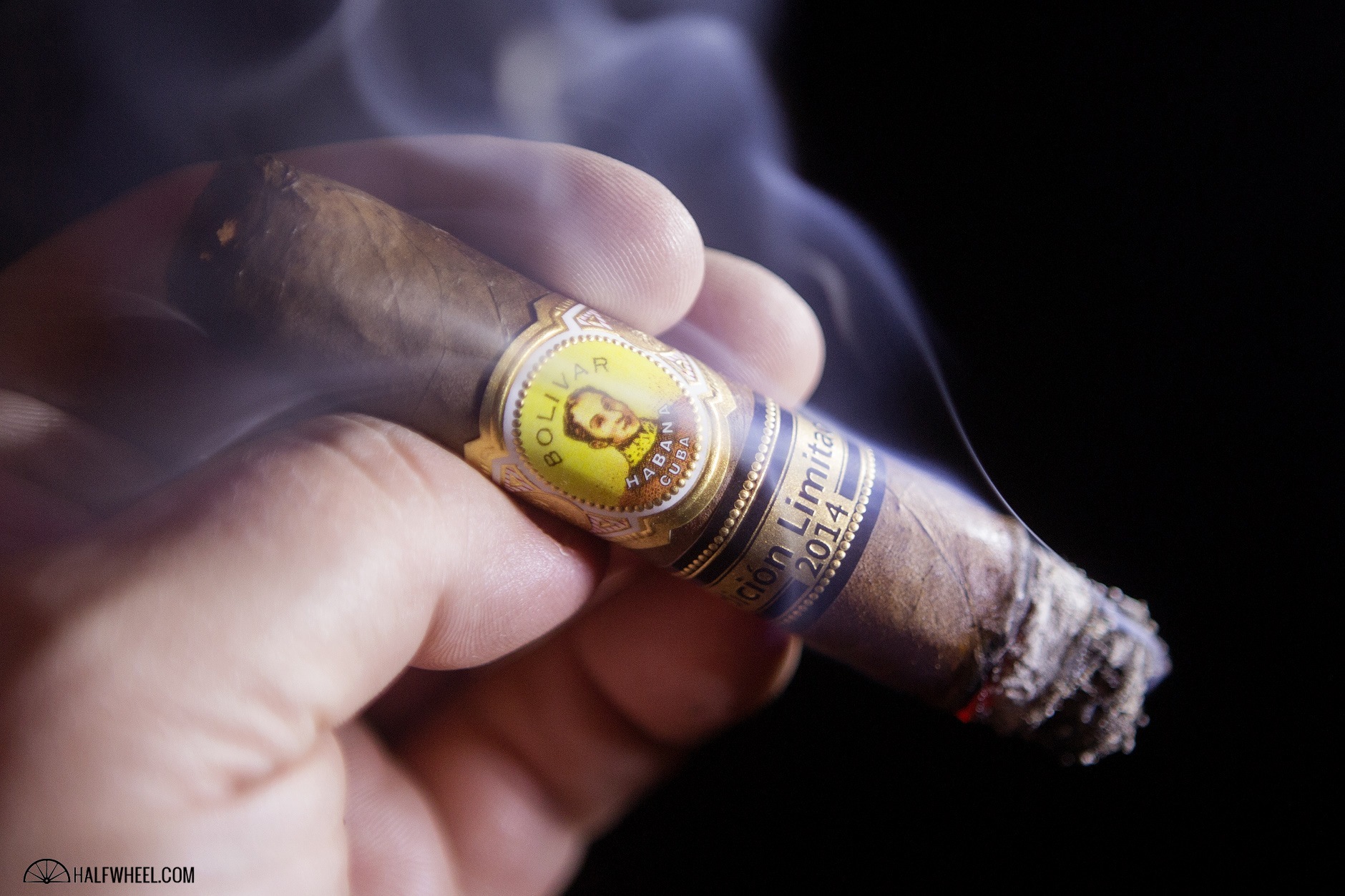 The profile of the Bolívar Edición Limitada for 2014 turns more creamy in the final third, with the dominant flavor shifting from dark cocoa to more of a creamy peanut note, while the maple sweetness from the second third continues to be a major factor as well. Other flavors of earth, leather, barnyard, anise and coffee are also present in varying amounts, but none are even close to strong enough to challenge the dominant note. The burn and draw show no signs of getting any worse, but the smoke production has decreased from its high in the second third. Strength-wise, the Bolívar ends up being just a bit higher than medium, but never threatens to come close to the full mark. 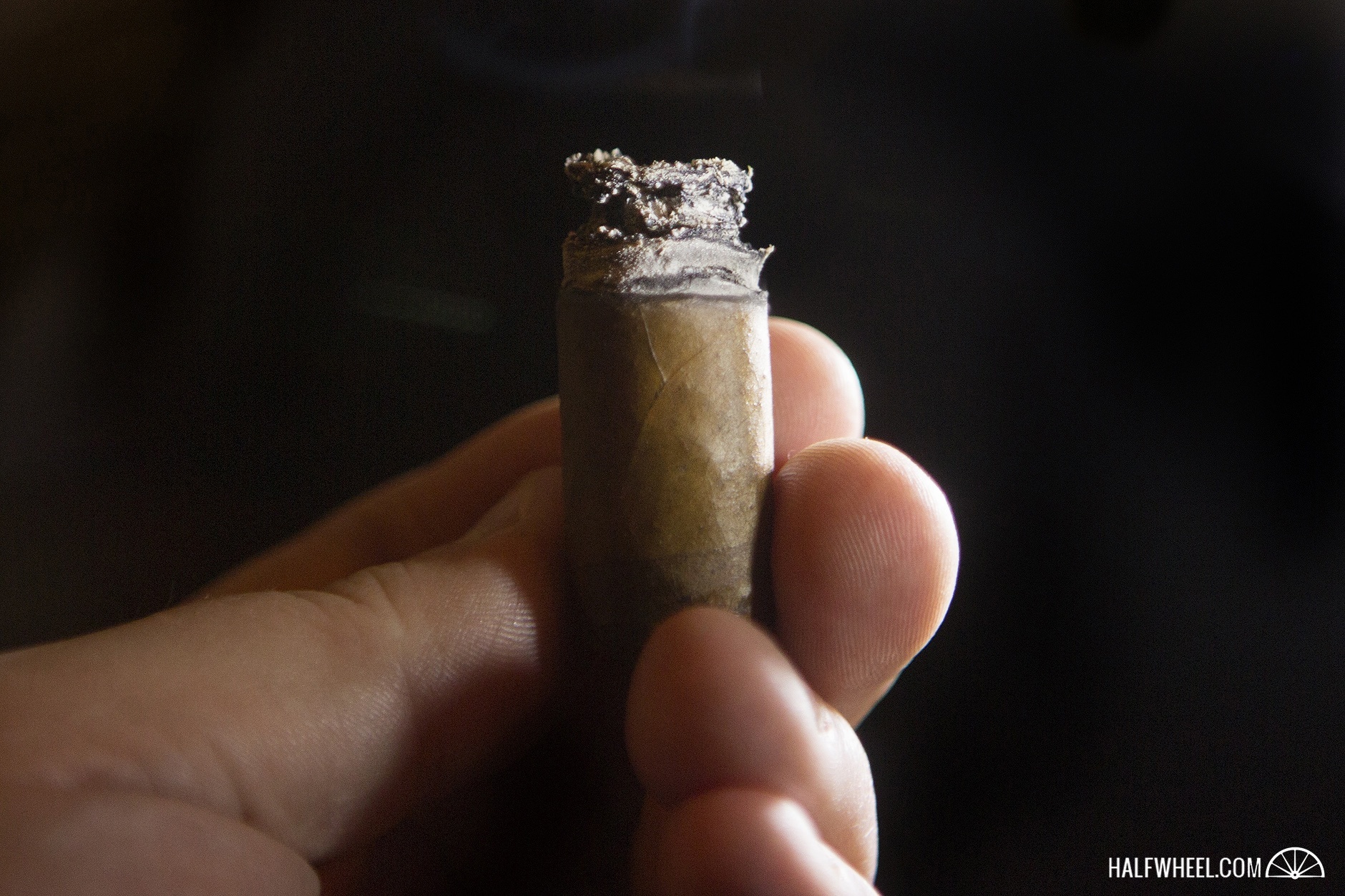 I have always been a fan of the Bolívar marca, and this Edición Limitada 2014 release did not disappoint. While not an amazingly complex cigar by any means, the profile shifted enough between thirds to keep me interested and the construction was excellent on two of the three samples I smoked. Yes, they are quite expensive, and one of the samples was a bit tight, but overall it was an enjoyable release to smoke and one that is easy to recommend if you can find them.