Every year since 2000, Habanos S.A. has released specific cigars under its Edición Limitada program, a series that includes cigars not seen in the regular production rotation for select brands. While the total numbers per year varied from 2000 until 2003, in 2004 Habanos S.A. starting limiting the total number of releases to no more than three per year. In addition, each of the annual releases are now said to be using tobacco aged the has been aged at least two years.

There were three different Edición Limitada releases for 2014: 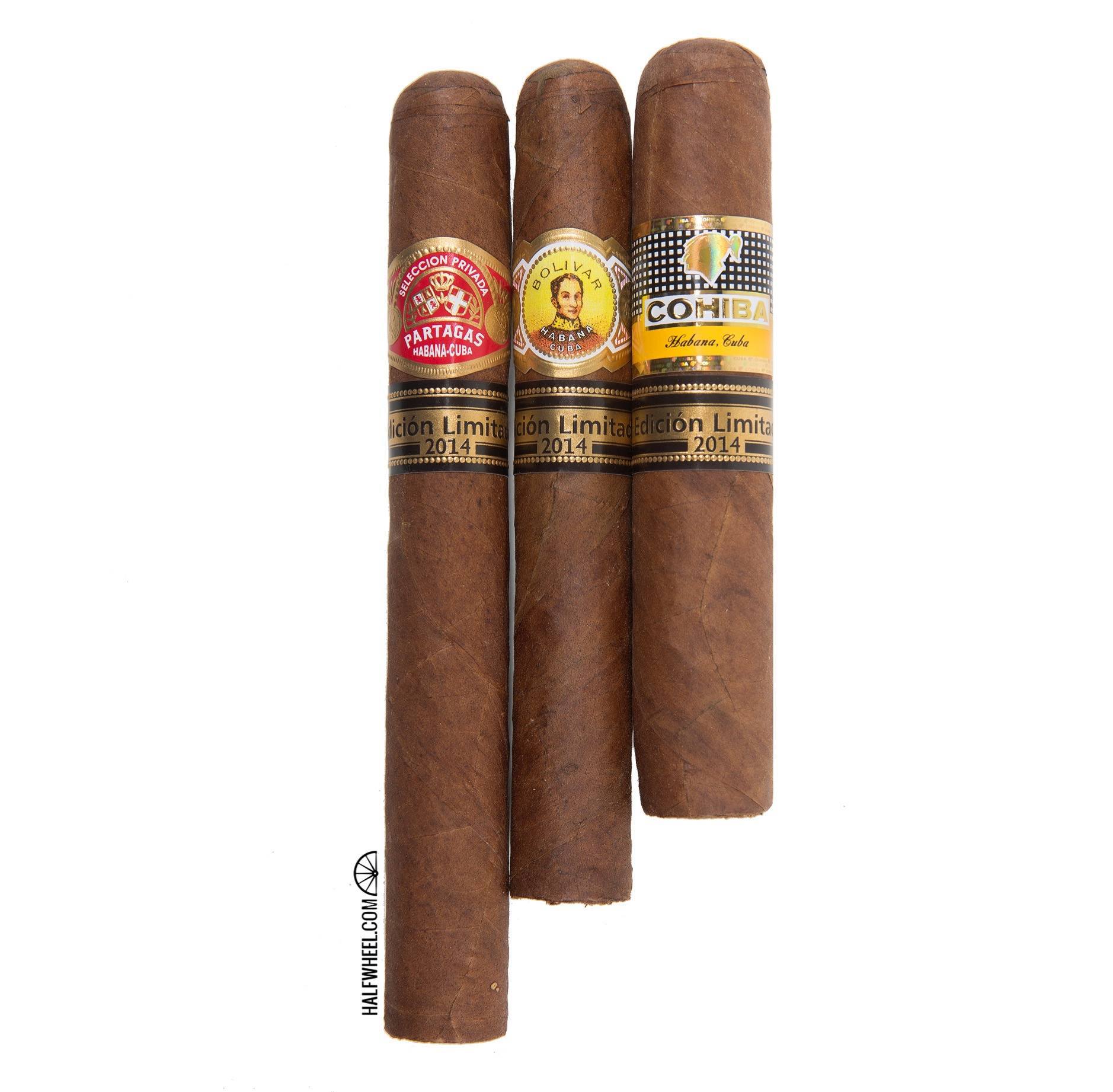 (All pricing is estimated.)

Here is what I said in my original review back in November 2014:

I have always been a fan of the Bolívar marca, and this Edición Limitada 2014 release did not disappoint. While not an amazingly complex cigar by any means, the profile shifted enough between thirds to keep me interested and the construction was excellent on two of the three samples I smoked. Yes, they are quite expensive, and one of the samples was a bit tight, but overall it was an enjoyable release to smoke and one that is easy to recommend if you can find them.

Unlike the first samples I smoked, the dark espresso wrapper on the Bolívar Super Coronas Edición Limitada 2014 cigar is very rough to the touch, feeling almost parchment like. There is no hint of oil, and the cigar is quite spongy when squeezed. Aroma from the wrapper is a combination of cinnamon sticks, orange rinds, grass, barnyard and pepper while the cold draw brings flavors of leather, gritty earth, lemongrass, nuts and dark chocolate.

After lighting, the Bolívar Super Coronas Edición Limitada 2014 opens with flavors of earth, bakers spices, creamy almonds, leather, cinnamon, barnyard and espresso. There is a slight bitter tea leaf flavor on the finish, along with a touch of both lemongrass and black pepper on the retrohale that remain fairly constant throughout the first third. While I did get some spice on my tongue early in, it had all but disappeared by the end of the first third. I am also picking up some interesting vanilla bean sweetness that becomes evident at the start to the second third and thankfully sticks around for the rest of the cigar, actually becoming more of a central flavor in the final half. The second half features more flavors of creamy almonds, leather, cinnamon, hay, espresso and toast, but the major change is the lemongrass note on the retrohale, which has increased so much that it has become a major part of the profile. While the sweetness from the first half has receded, both the black pepper on the retrohale and the spice on the tongue remain, and continue that way until the end of the cigar. 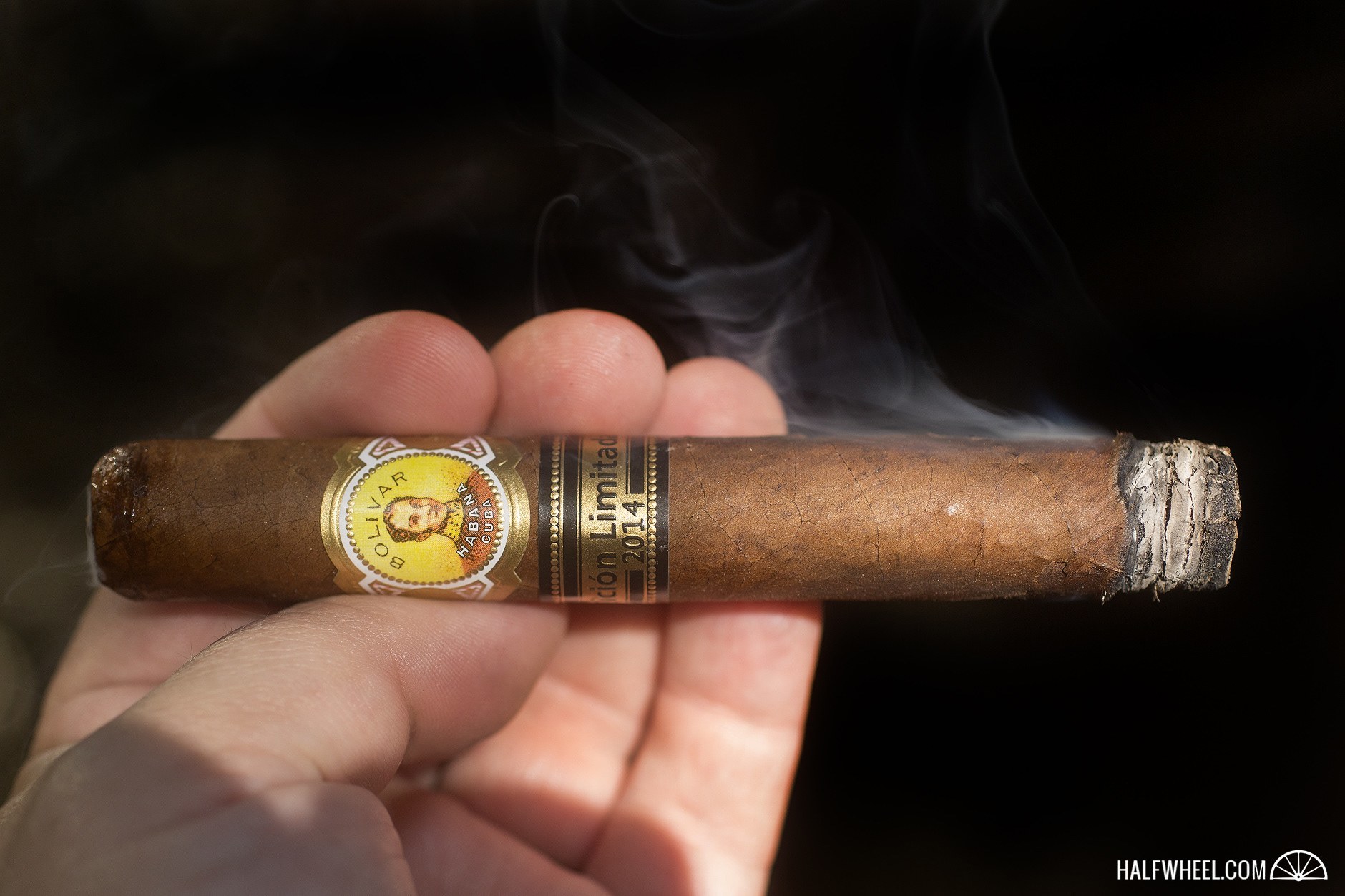 Construction-wise, the smoke production is well above average, thick and billowing off of the foot like a house on fire, while the draw has an excellent amount of resistance. The burn is wonderful until the final third, when it becomes a bit wavy, although it was never bad enough that I had to correct more than once. Strength starts on the higher side of mild but quickly ramps up to a point slightly higher than medium, where it remains until I put the cigar down with less than an inch left.

I really liked this cigar the first time I smoked it, and after about 10 months more downtime, I love it even more now. The profile is complex and nuanced, with excellent construction and an ever-present lemongrass note on the retrohale that keeps things interesting, especially in the second half. I have been disappointed with some of Habanos S.A.'s Edición Limitada releases in the past, but the Bolívar Super Coronas features just about everything I am looking for in a Cuban cigar, even at the price they are selling for.