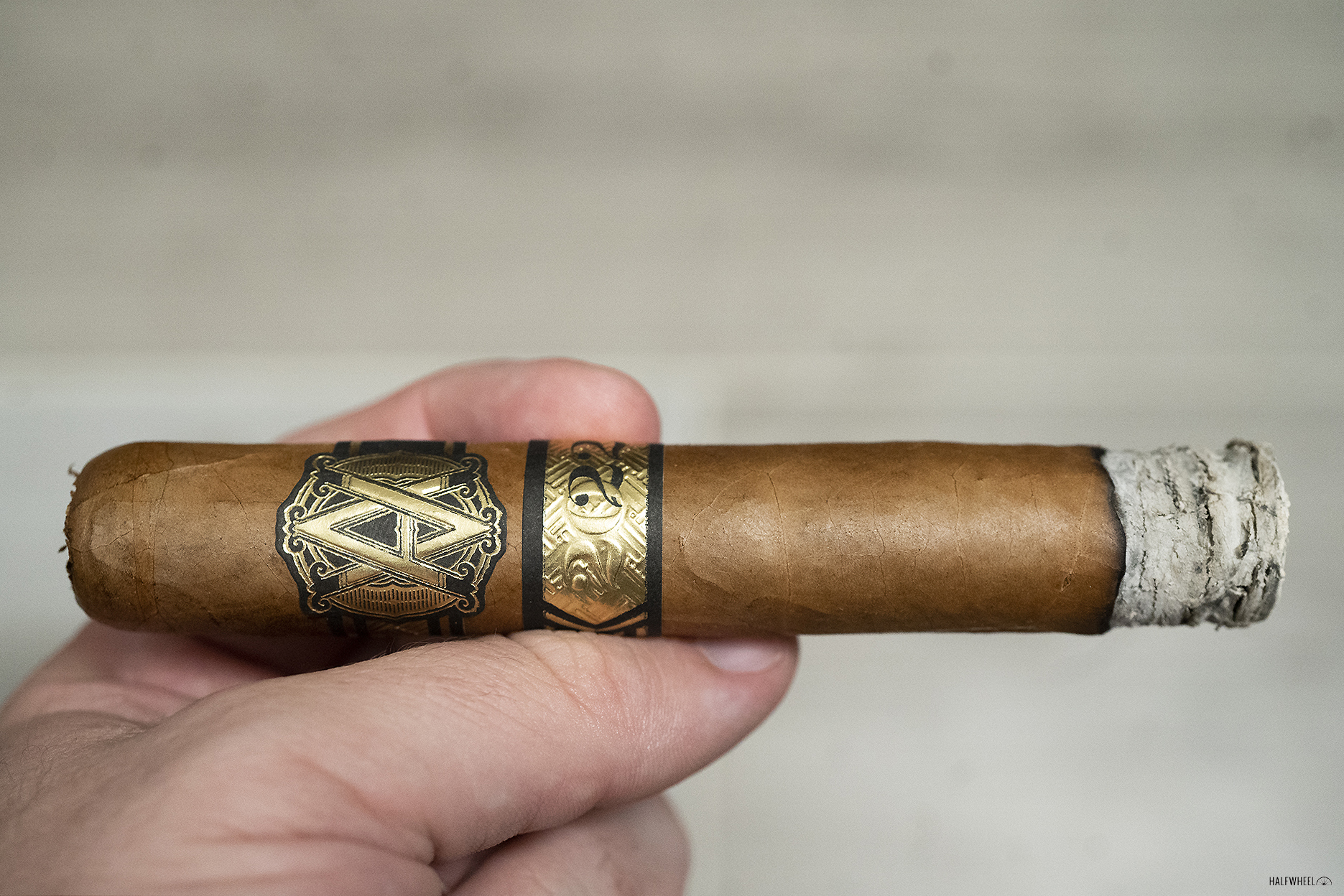 Every year since April 2015, the AVO brand has added a limited edition under the names Classic Covers and Improvisation. The cigars took over for the AVO LE series, another group of limited editions that would appear on store shelves annually every March in celebration of the late Avo Uvezian’s birthday, which fell on March 22. 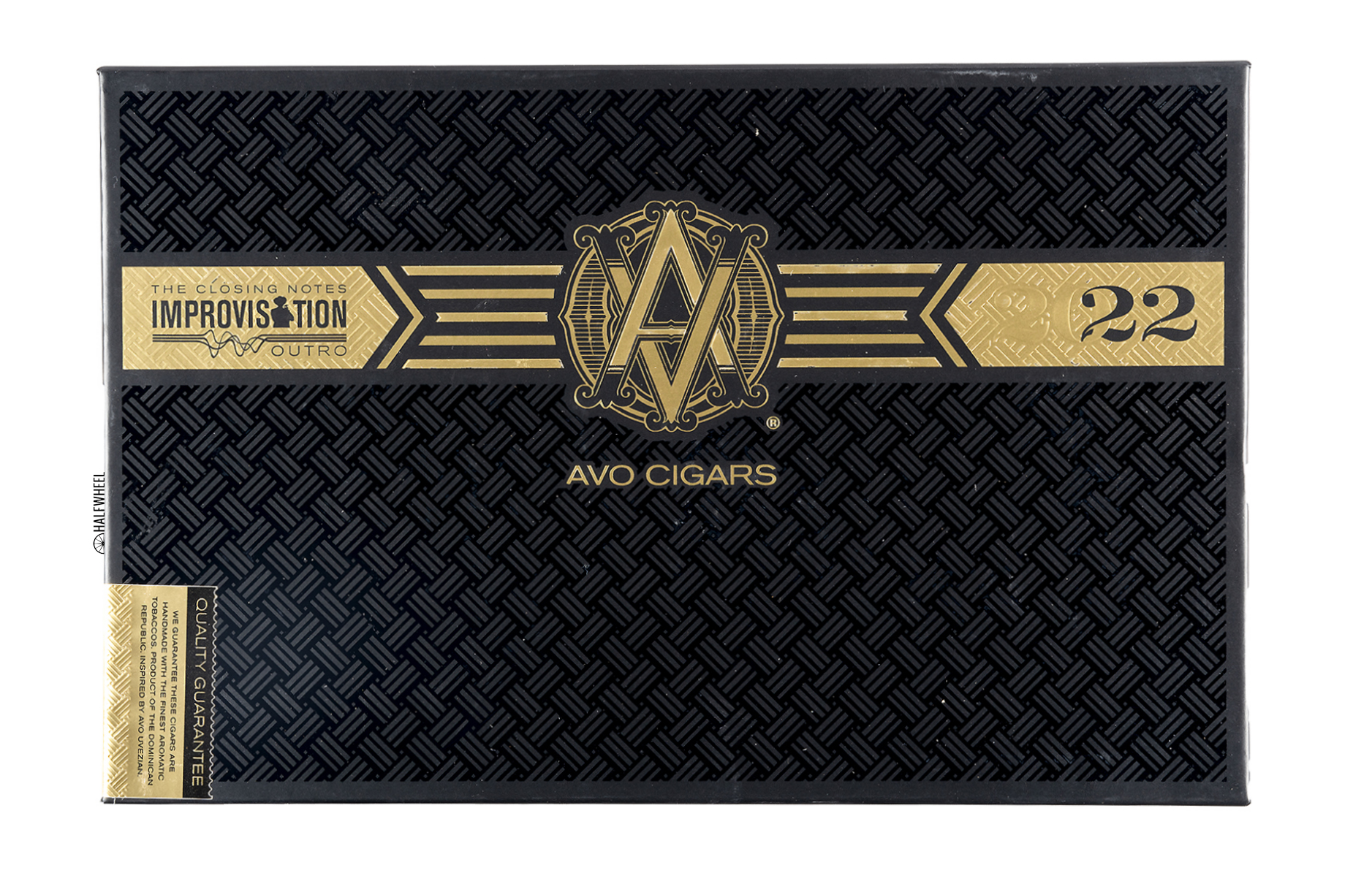 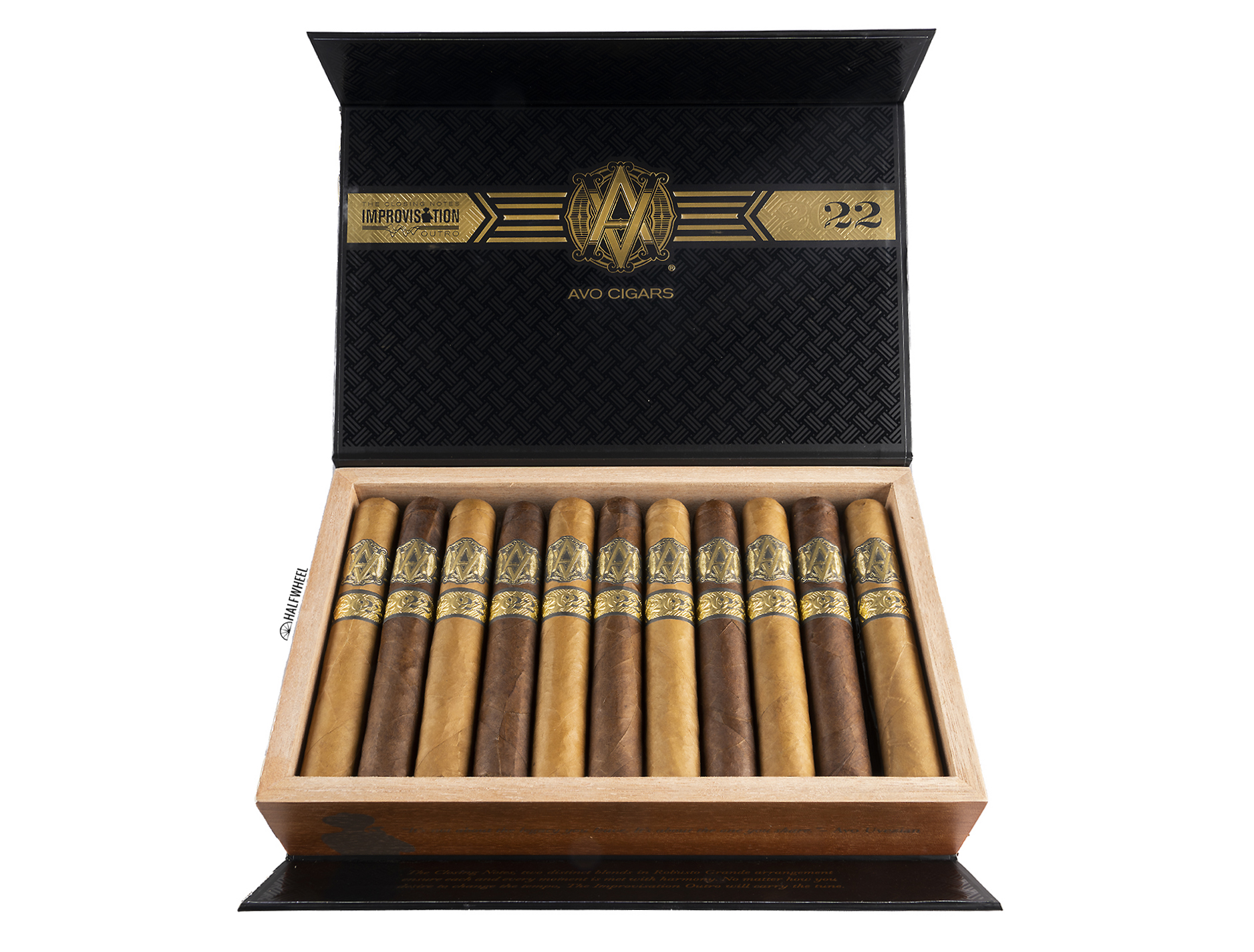 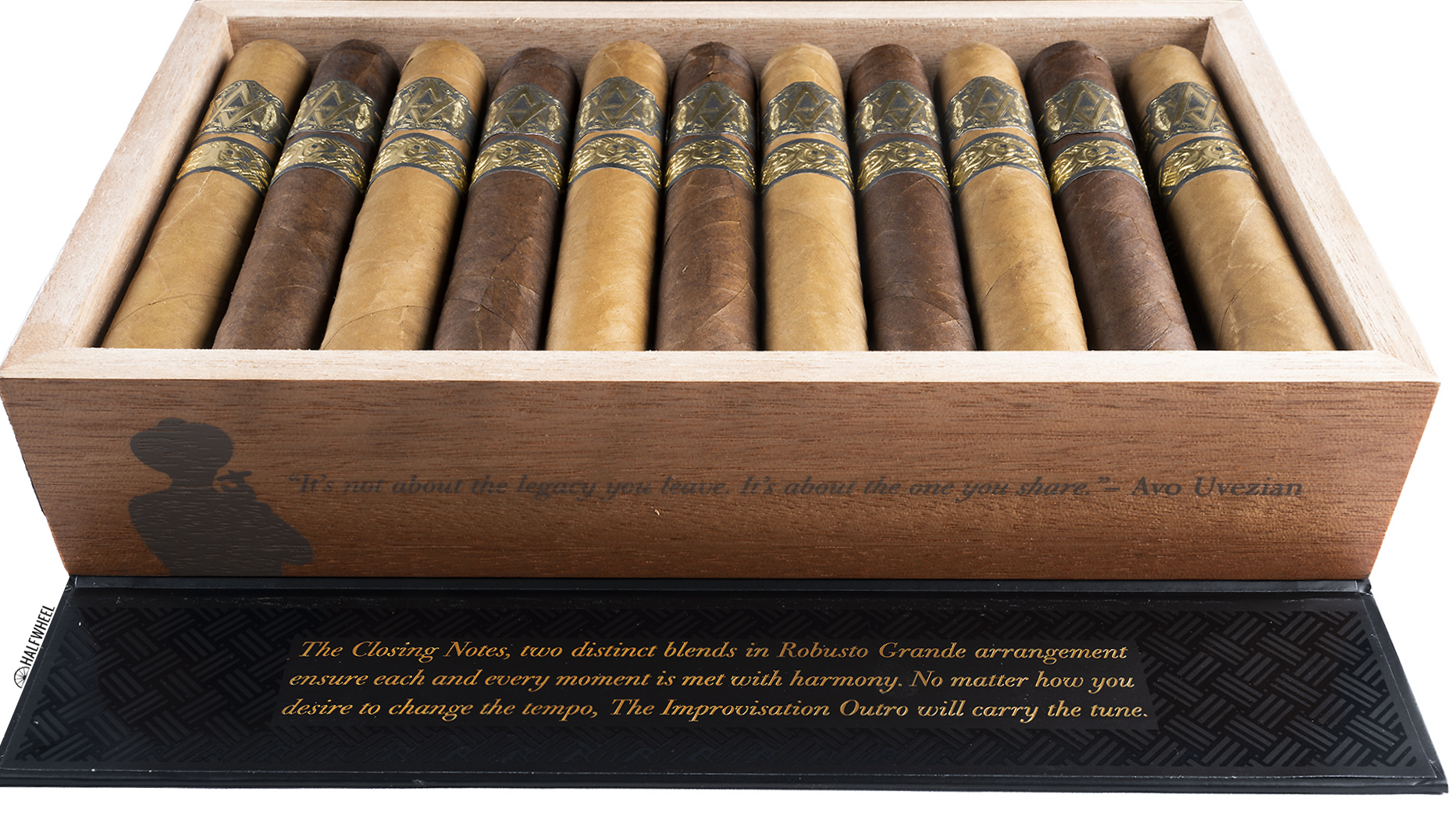 The two blends, White and Black, are named for the color of the keys on a piano, the instrument that Uvezian not only played but was the foundation of his career as a jazz pianist and songwriter.

The number 22 was selected not just for the year of the cigars’ release, but also as a nod to Uvezian’s birthday of March 22. It’s also a number that has been featured in other AVO limited editions.

The AVO Improvisation LE22 becomes the 10th and 11th releases in the AVO Classic Covers/Improvisation series: 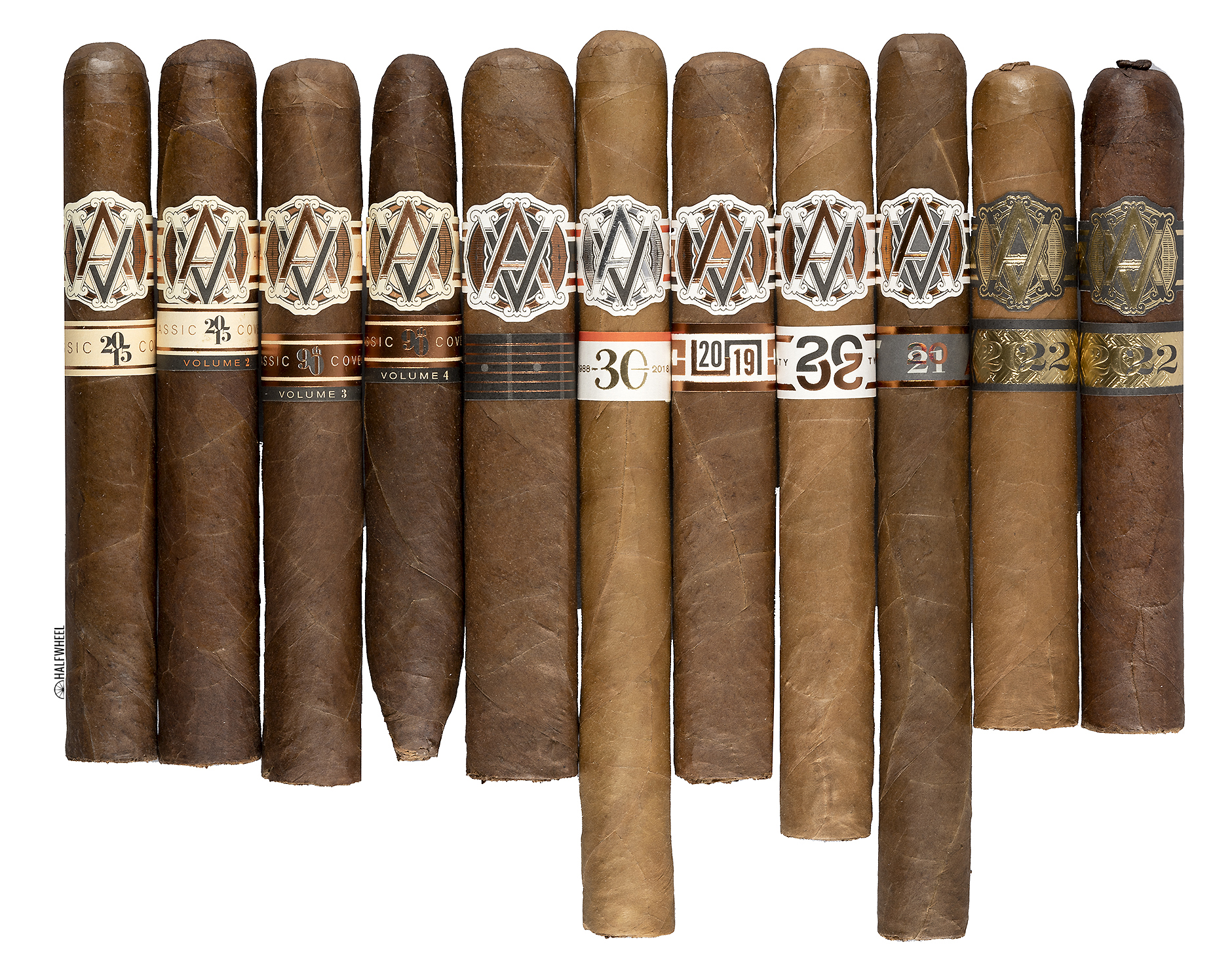 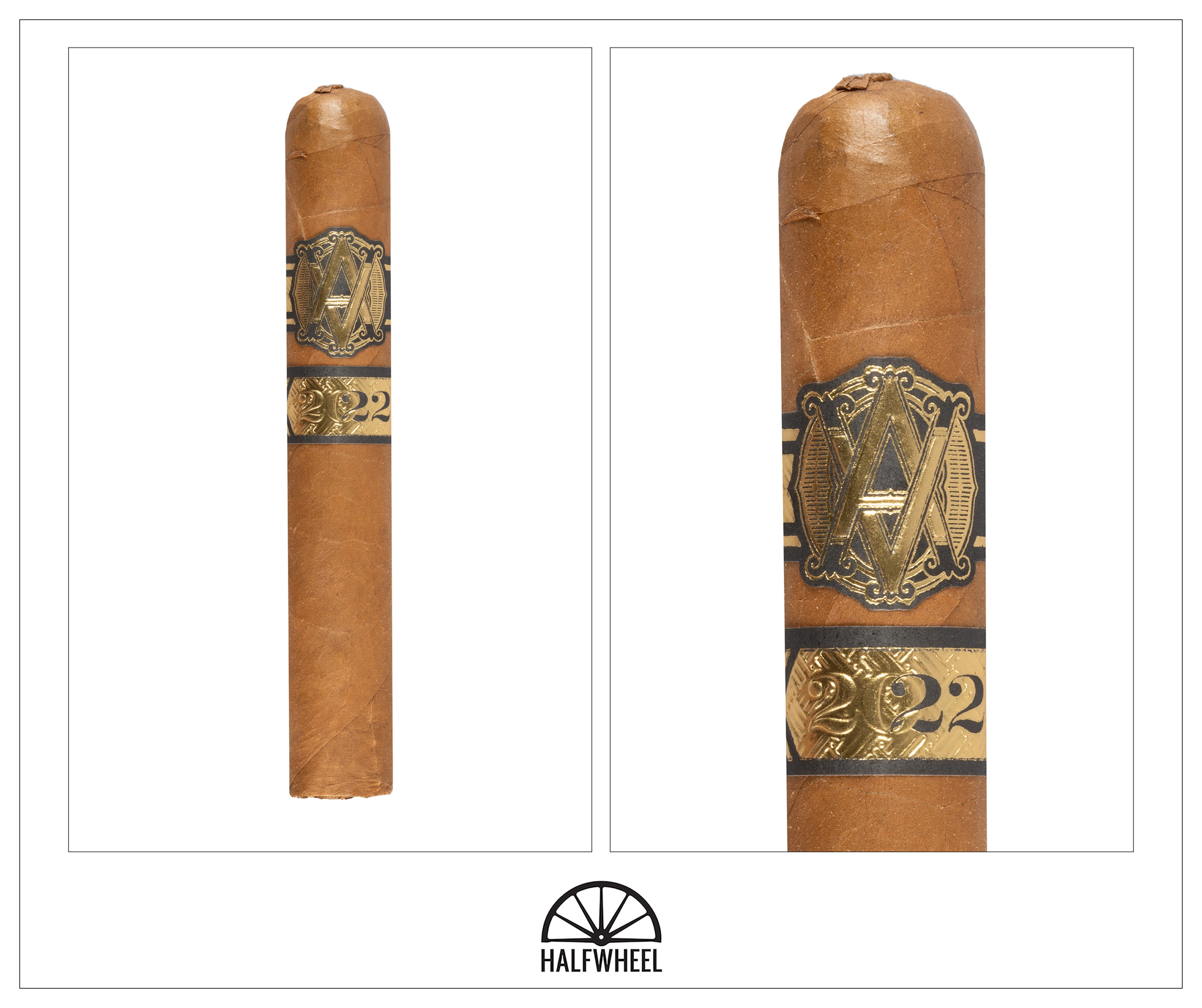 My attention first focuses on the gold of the bands, which works well with the golden-hued wrapper that the AVO Improvisation LE22 White wears. Meanwhile, the black contrasts in a way that reminds me that black works with pretty much anything, in that it’s not a perfect match but it looks good. The secondary band catches my eye, as the 20 in 2022 is in gold while the 22 is in black, and the result is that I focus on the 22, and the band seems off-center as a result. In some ways, it feels like a design selected if creating a cigar honoring the Gilded Age. This thick robusto is rolled firmly, offering a dense cylinder of tobacco while looking quite good to the eye. Seams are nearly invisible, veins are small, and the heads are all constructed well and finished off with a tight twist of tobacco, a unique style which means the wraps of tobacco stretch a bit farther down the body of the cigar. The aroma from the foot is light, with a bit of banana or banana bread leading a warmed and buttered English muffin. The more I smell it, the more I gravitate to the banana, which seems to want to take me towards a fruit cup aroma but never quite gets there. Pepper is present but quite delayed in registering on my olfactory nerves. The cold draw on the first cigar is quite firm, feeling like the tobacco has been packed too densely. Thankfully it’s an isolated incident, as the two other samples are much better. The banana flavor returns but now tastes creamier, though not reaching a point of tasting like ice cream, yogurt, condensed milk or any other familiar descriptors. There’s a bit of dry wood in the background that finds the front of my tongue, with black pepper behind that.

If I had to guess what the AVO Improvisation LE22 White would taste like simply by the color of the wrapper and the fact it is in an AVO release, what the cigar offers is pretty much in line with that notion. It’s mild and toasty right out of the gate but adds a bit of black pepper in the first half-inch. There are some puffs that remind me of a peppery graham cracker thanks to the grain and just a touch of honey. The pepper continues to develop, as does some earth, but it’s the black pepper that steps forward the most just past the one-inch mark. Retrohales do the better job of showing the pepper, but it hits both senses fairly vibrantly. Even with that progression, it manages to bring in some creaminess to the profile, which gives it a lushness and counterbalance, at times reminding me of a creme brûlée without the overt sweetness. As the first third comes to a close, I hear what I think is the cracking and splitting of tobacco leaves; one cigar doesn’t show me any damage, while another has a split running right up its front side and appears to be stopped only by the secondary band. Flavor is medium, body is medium, and strength is mild in the first third. Construction is generally good but not free from issues; the aforementioned firm draw in one sample and the splitting wrapper in another are both concerning. The burn line has been even, however, combustion has been very good and smoke production more than satisfactory.

After an enjoyable buildup of flavor and body in the first third, the AVO Improvisation LE22 White seems to plateau not long into its second third. The profile has shifted to pick up a bit more earth and pepper, while the toast and wood are more supporting flavors. What I find interesting is that there is little if any sweetness, particularly the banana note that more or less defined the cigar before being lit, and a flavor I was hoping to find more of in the profile. The creme brûlée has also departed, leaving a profile that still offers complexity but is now a bit more singular. Flavor and body increase to medium-plus, while strength is just shy of medium. Construction is very good and has largely avoided any additional issues that may have been found in the first third. 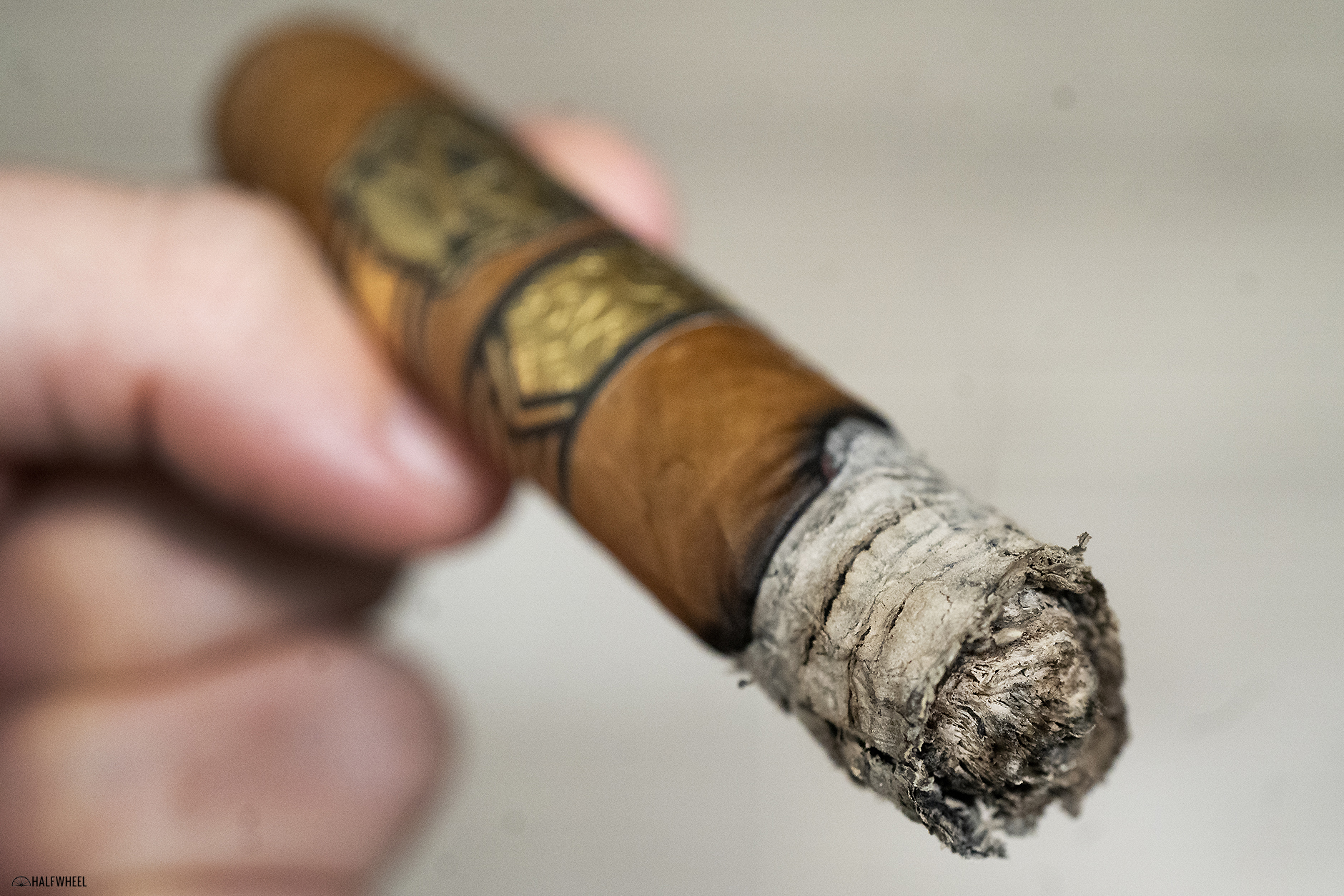 I don’t know if there is such a thing as grilled banana, but that’s what I’m getting from the AVO Improvisation LE22 White not long into its final third. The more I think about it, and as the flavor evolves, the more it becomes a smoky banana flavor, as it hits the tongue quickly with banana before the increasingly robust earth and black pepper come along, while the overall flavor is now smokier on the whole. There are a few spots where it picks up a bit of black coffee, though I think it’s the now quite lingering finish giving me the same sensation as I get from a sip of that beverage. This kicks off a progression of the flavor that sees it pick up a lot more smokiness in its final inches, and while it’s not an inherently bad or harsh flavor, it does become a bit dominant for my liking, overshadowing the other flavors in the process. The earthiness also takes a bigger step forward and it now drives the texture of the smoke as much as it does the flavor when it comes to hitting my taste buds. The finish is a bit sharper and grittier than I would like it, but I have no problem smoking the cigar down to a nub. Flavor finished medium-plus, body is medium if not a tick above that, and strength has finally reached the medium mark. Construction remains very good, as while there were issues earlier, none of them have prevented me from having an easy smoking experience. As noted in the first third, the AVO Improvisation LE22 White offered almost exactly what I would have expected from the cigar, given the brand’s general profile and the appearance of the wrapper. The first two thirds are a clean, palate engaging profile that  evolves more in intensity than by adding and removing flavors. Where the cigar departs from that plan is the final third, as it gets a bit more intense and gruff than I would have expected, though it remains enjoyable on the whole. This is a well refined profile that is easy to enjoy, and a cigar I’d have no issues with lighting up again.