The cigar world lost a true icon on March 24, 2017 when Avo Uvezian passed away just two days after his 91st birthday.

Since 2001, AVO has released at least one specific limited edition cigar to celebrate Uvezian’s birthday on March 22. Although the line has featured numerous names over the years, four years ago the birthday releases were replaced by a new limited edition line dubbed the AVO Improvisation Series, which drew its name from jazz music’s improvisational style.

The newest release in the series is named the AVO Improvisation LE19 and is a 6 x 52 box-pressed toro that incorporates an Ecuadorian wrapper covering a Dominican binder and filler tobaccos sourced from the Dominican Republic and Peru. Priced at $15 each and limited to 2,500 boxes of 20 cigars, the newest incarnation shipped to retailers on March 22. “Avo Uvezian broke conventions as the first cigar manufacturer to produce an annual, limited edition cigar in the year 2001,” said Scott Kolesaire, director of marketing for Davidoff of Geneva USA, in a press release. “In honor of his legacy, we decided to ‘break the mold’ once again, with this unique 2019 release. The AVO Improvisation LE19 packaging is inspired by the box pressed cigar molds used to shape the cigars in the rolling process. The cigar’s secondary band draws further inspiration from the mold and ties in this concept with a unique typographic ‘2019’ lockup incorporated into a mold pattern.

While there were two releases in both 2015 and 2016, since 2017 there has been only one new addition to the series annually. The AVO Improvisation LE19 is an attractive cigar, covered in a light brown wrapper with a yellowish tint that is smooth to the touch and features a very small amount of oil. The box press is very obvious. Considering how light the cigar feels in my hand, I am not overly surprised with how spongy it is when I squeeze it. Aroma from the wrapper is a combination of strong earth, hay, nuts, sawdust, dark chocolate and manure, while the cold draw brings flavors of cocoa powder, leather, manure, barnyard, cedar and almond paste sweetness.

The first third of the AVO Improvisation LE19 starts off with a flavor blast of distinct buttered toast combined with creamy cedar and a touch of spice on my tongue. The dominant flavors are followed by notes of hay, leather, earth, bitter espresso beans and a mushroom note that is strong enough to pick out but not strong enough to negatively impact the profile, at least so far. In addition, there is a very nice Mexican chocolate sweetness that is present on the retrohale, where it combines quite well with some black pepper on the retrohale. The burn is excellent so far, but the draw is a bit looser than I would like and the smoke production flows off the foot like a house on fire. I was not expecting the AVO Improvisation LE19 to be a powerhouse from the start and was not wrong in that regard, but the overall strength is increasing noticeably as the first third comes to an end.

Thankfully, the Mexican hot chocolate sweetness increases quite a bit during the second third of the AVO Improvisation LE19, but the dominant flavors in the profile continue to be a combination of toast—sans butter now—and creamy cedar. Additional flavors of gritty earth, hay, cinnamon, espresso beans, leather and salted peanuts flit in and out as well, and while the mushroom note also increases in strength, it is still not close to be a detriment. Both the black pepper on the retrohale and the spice on my tongue are long gone by the halfway point, while the burn and smoke production continue to be impressive and the draw continues to be a bit too loose for my liking, albeit still within normal limits. Strength-wise, the AVO Improvisation LE19 increases enough to hit a point close to the medium mark by the end of the second third, although it does seem content to stay there for the time being. While the core flavors in the profile of the final third of the AVO Improvisation LE19 continue along the familiar line—namely creamy cedar, toast and Mexican hot chocolate—there are some new flavors on the palate as well, including baker’s spices, almonds, anise and a touch of floral. Construction-wise, the burn has become problematic enough to touch up—albeit just once—but the draw continues its loose trend and the smoke production has actually been cut by at least a third compared to its high point in the second third. Finally, the overall strength increases enough to push just a bit past the medium mark by the time I put the nub down with about an inch left over. 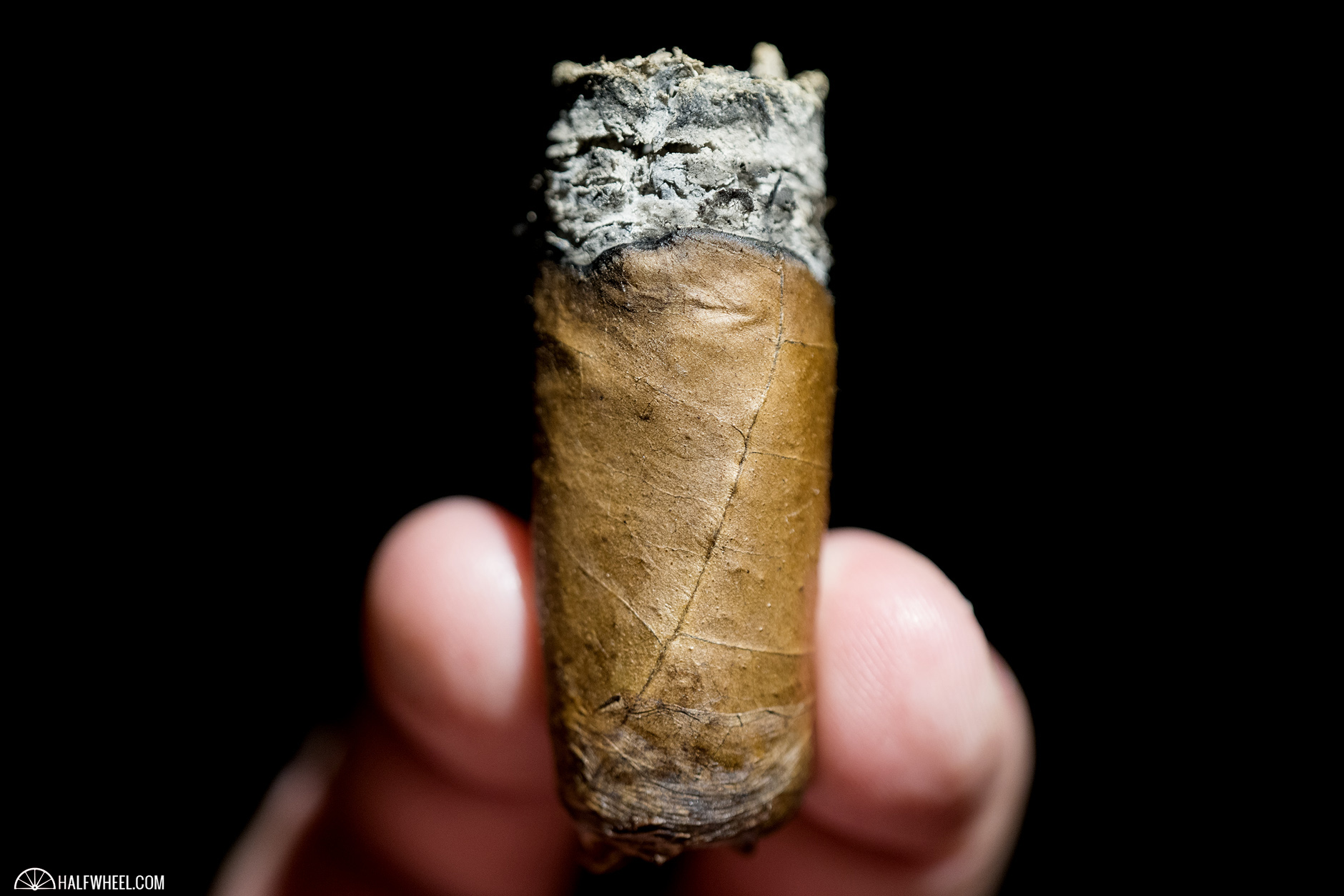 Although persistent, a slight bitterness on the finish and a consistently open draw are not nearly enough to derail a very good blend that makes up the AVO Improvisation 2019. In fact, the profile is rich and flavorful, with a dominant buttered toast and creamy cedar combination that combine very nicely with some Mexican hot chocolate sweetness on the retrohale. Yes, the cigar burned quicker than I would like—although the profile did not seem to suffer any—and there is a bit of the mushroom mustiness flavor that I am not a fan of at certain points, but in the end, the AVO Improvisation LE19 is an extremely enjoyable addition to the series.