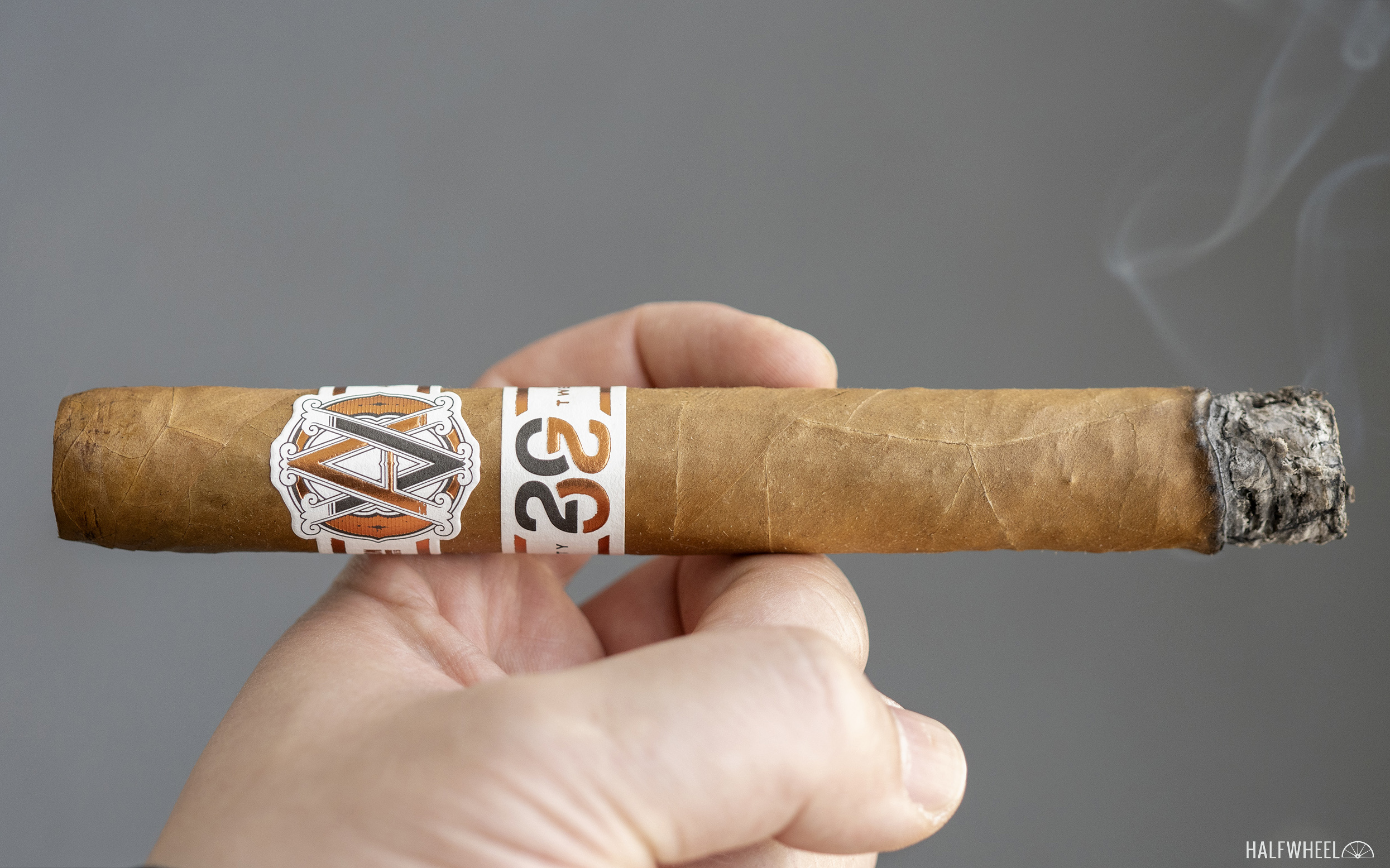 Avo Uvezian, the late founder of the AVO brand, celebrated his birthday on March 22. That meant March would mean the release of the annual AVO LE, short for limited edition, and the accompanying series of events where Uvezian—a renowned piano player and composer—would visit stores to promote his cigars and play music.

A handful of years ago, Davidoff of Geneva USA decided that it needed to revitalize the AVO brand. There was a change to the packaging, the discontinuation of nearly half of the existing AVO SKUs and then new lines.

One thing that wasn’t needed was the creation of the Improvisation Series.

Instead of calling the cigars AVO LE XYZ, the company wanted to move away from the idea of the AVO birthday cigars. So in 2015—as part of this larger makeover—the company dropped the AVO LE moniker and opted to introduce the AVO Classic Covers.

For a brief period of time, it seemed like there was something actually different about the release. In both 2015 and 2016, there were two new entries for the Improvisation Series, one in the spring as there normally would have been, and another in the summer.

But for the last four years, there’s been a single AVO Improvisation Series cigar, each released in March. In other words, we are right back to the concept of AVO birthday cigars. 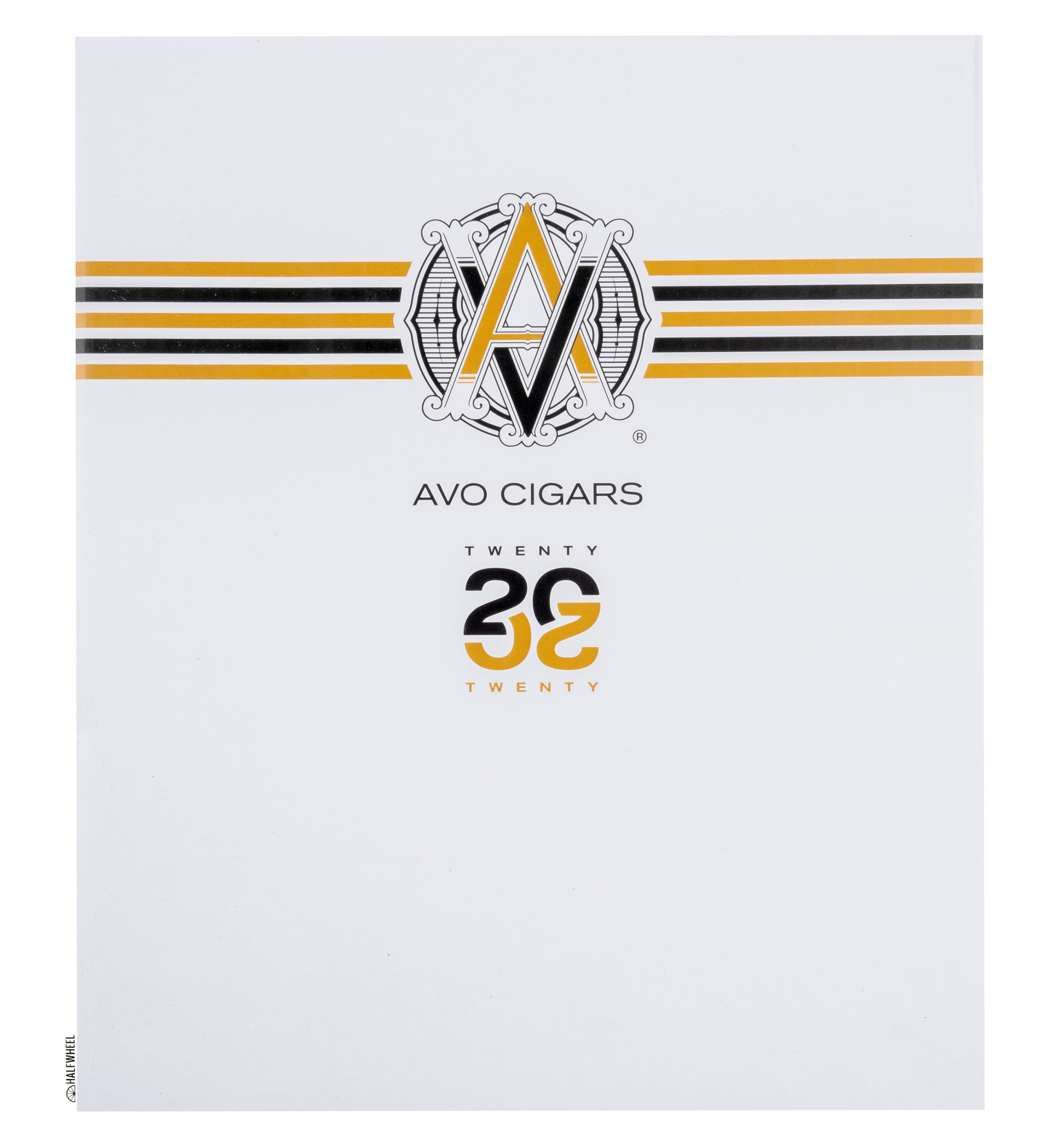 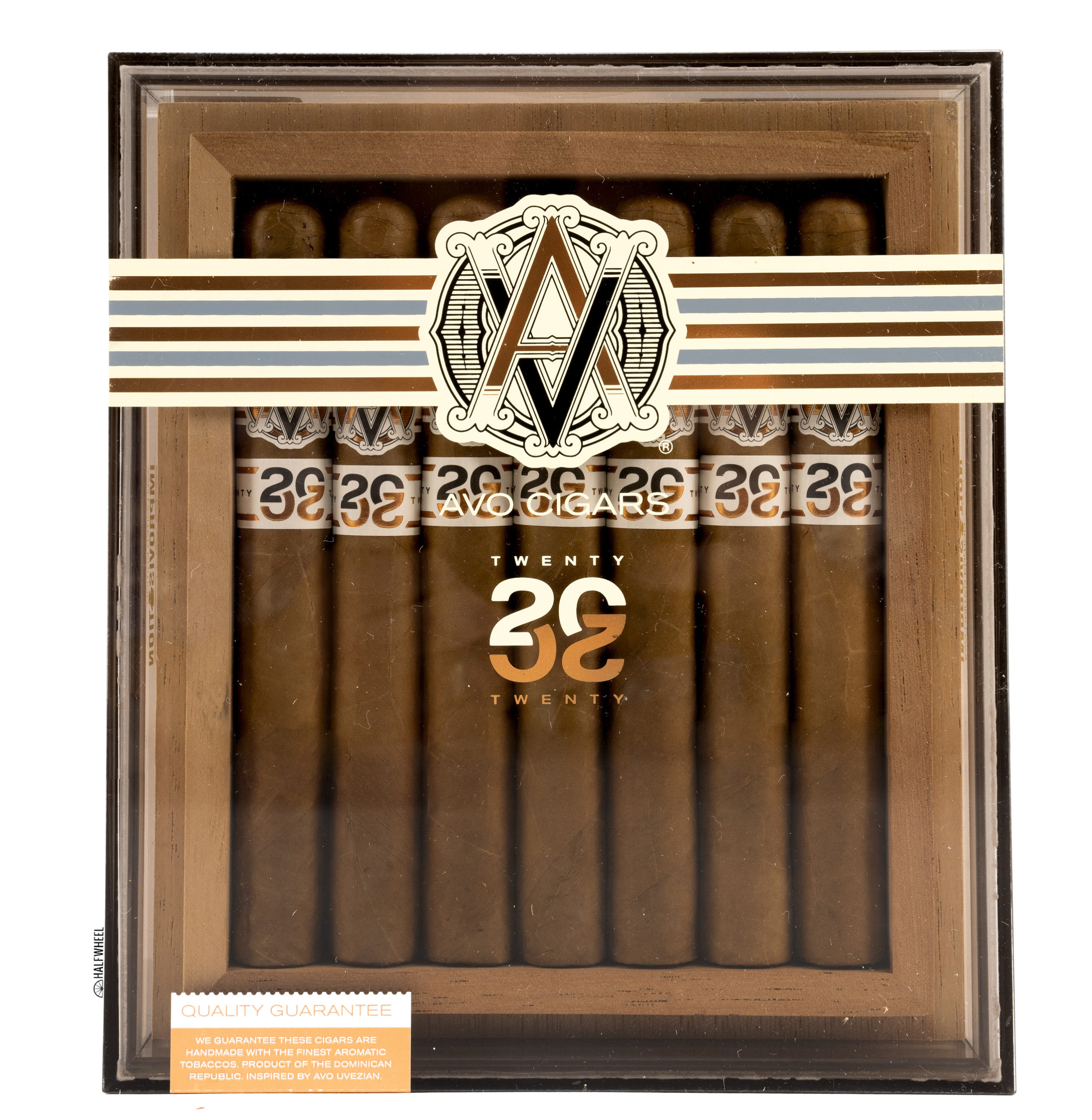 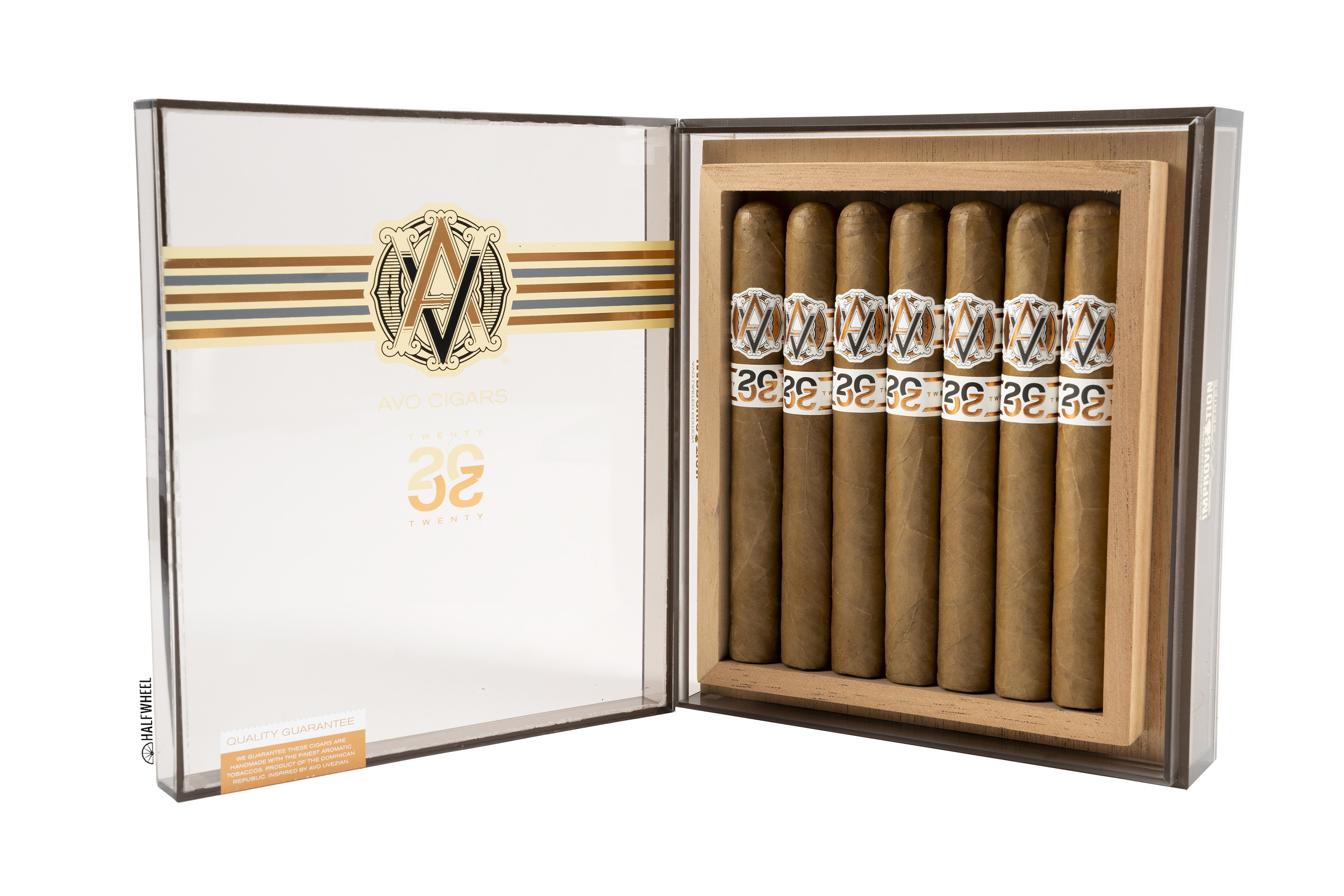 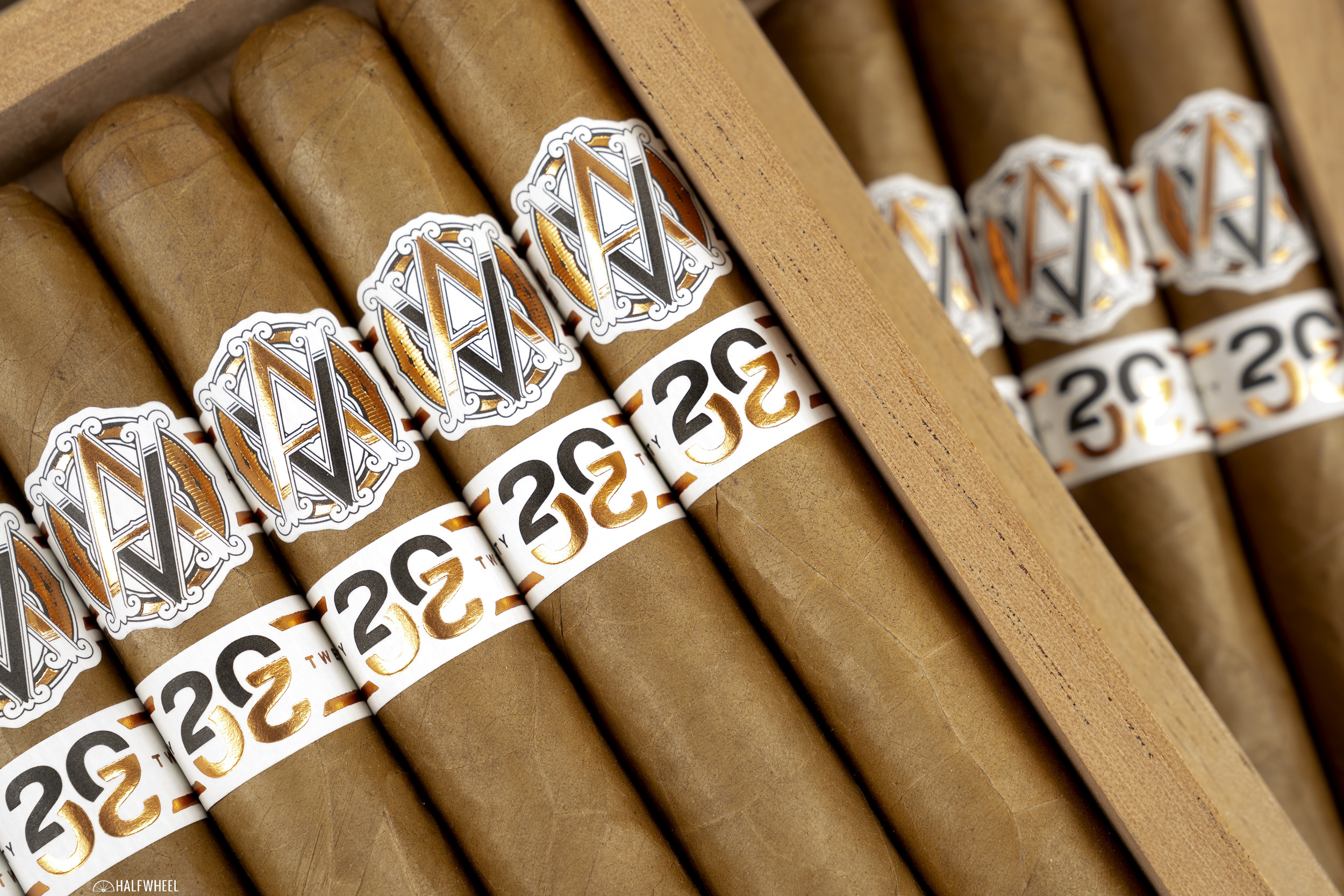 The good news is that Davidoff has kept up with making these releases interesting, particularly from a packaging standpoint. This year’s release, the AVO Improvisation LE20, is no different.

It comes packed in wooden trays of seven cigars with two trays stacked on top of one another and packaged in a darkened acrylic container, truly one of the more out of the box packaging ideas in recent memory. 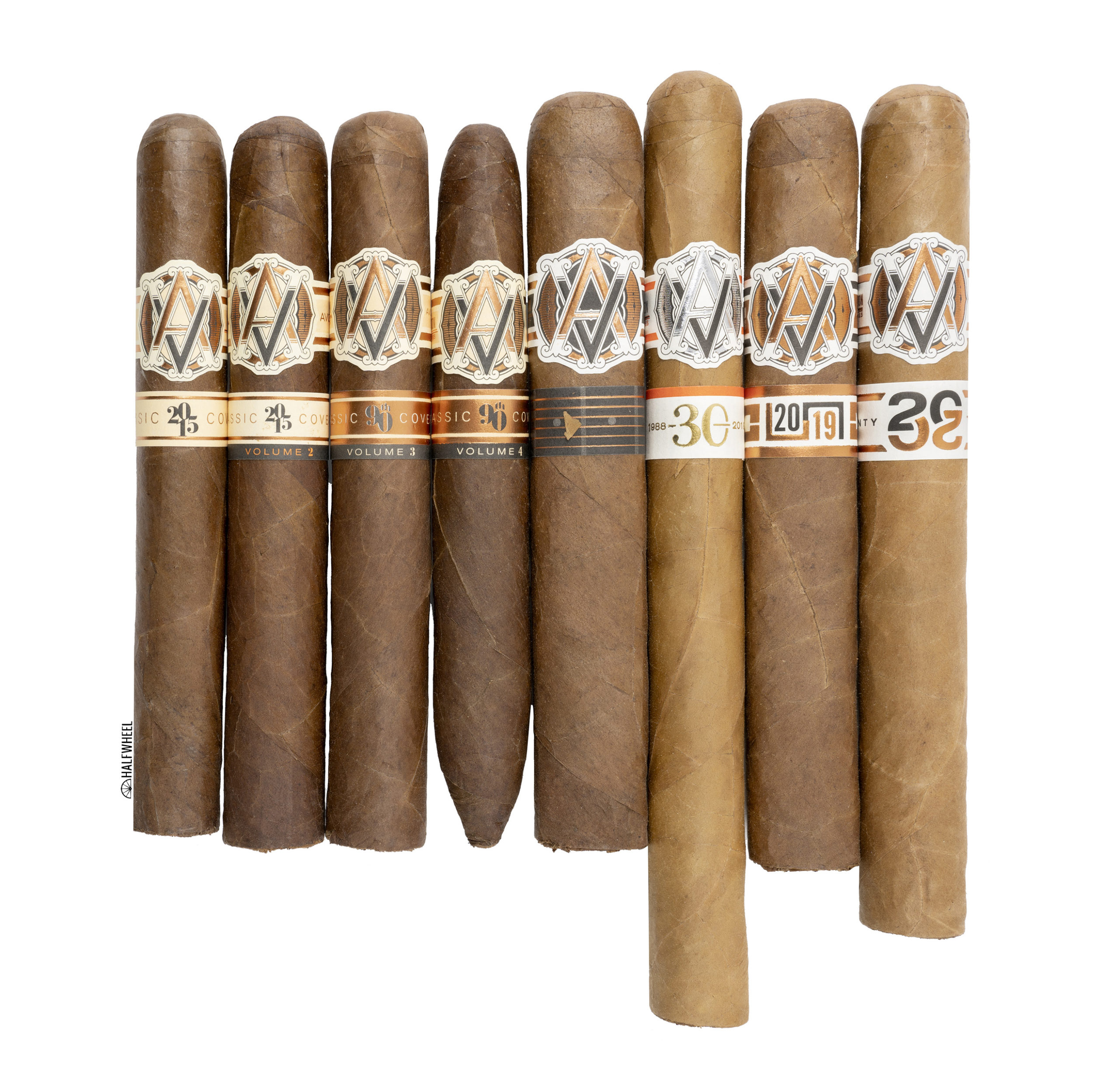 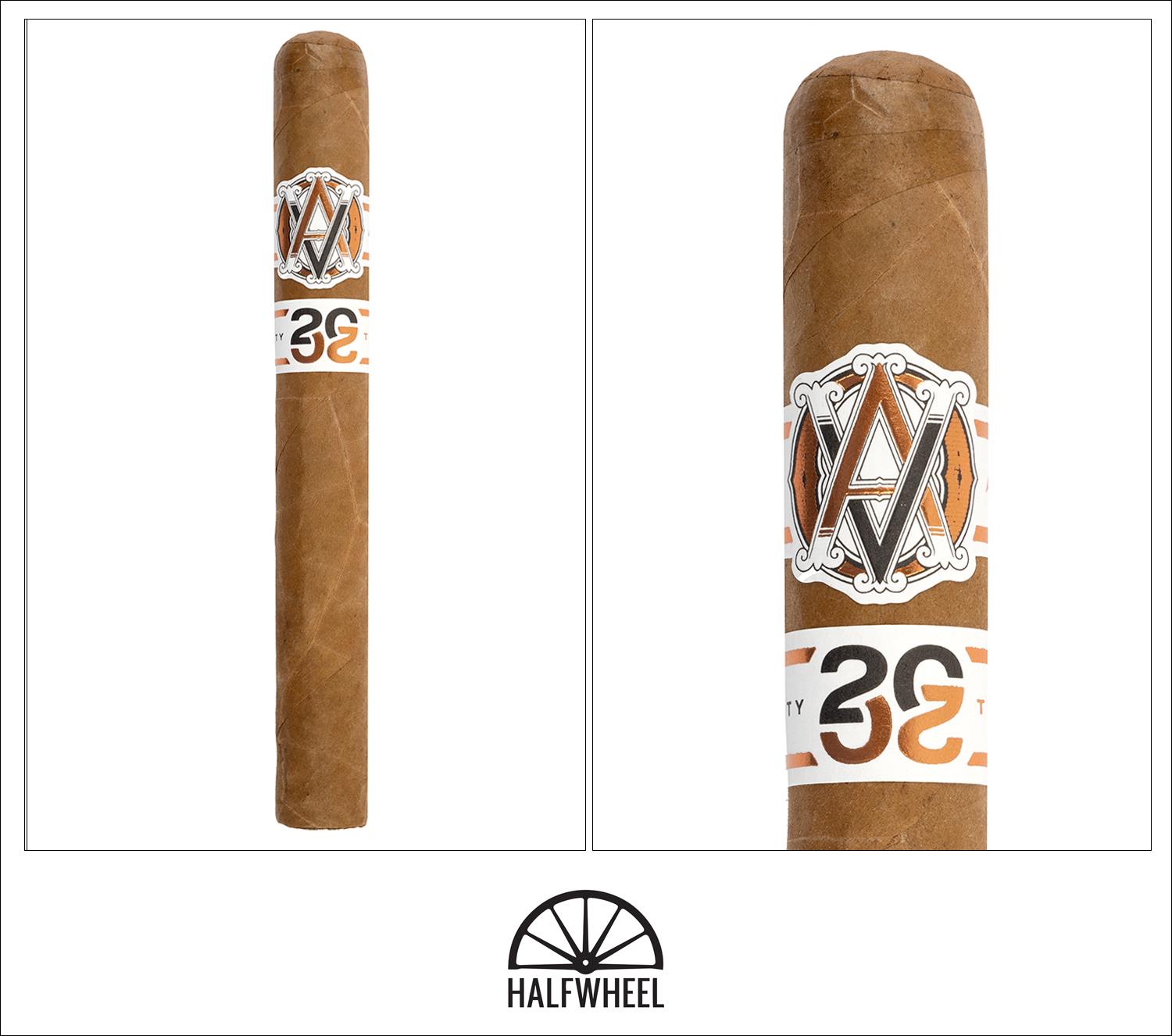 The AVO Improvisation LE20 looks like what I would expect an AVO to look like. There’s a lightly tanned, mustard-colored wrapper that has a great color and each cigar is rolled to a near-perfect cylinder. Upon closer examination, the wrapper has its imperfections with some pretty noticeable veins and signs of the leaf being stretched, but it’s still a pretty cigar. The aroma from the wrapper is pretty mild with some barnyard and eucalyptus flavor. The foot is sweeter and stronger—around medium-full—but tough for me to place. My notes have some guesses: maple syrup, coffee liquor and pecan roll; though I don’t feel 100 percent confident about any of those. Fortunately, the cold draw is much easier to make sense of, as there’s cocoa on top of apple cider and leather along with some of that sweet flavor I found on the foot.

One thing that I hadn’t tasted in the pre-light ritual was the distinct taste of olor tobacco. It’s a tobacco that is used by many companies, but Davidoff’s use of olor produces this unique flavor that has been described as mustiness and mushroom-like. I find it to be an aggressive herbal sensation that also has some soapy characteristics. Whatever the case, that’s the first thing that I pick up once the AVO Improvisation LE20 starts. Behind it is some nuttiness and dry cedar but neither can compete with the olor. That trend continues for an inch; there’s a ton of sharp olor flavors on top of some crackers, a sharp pepper and something that reminds me of onion pepper. Retrohales produce the smell oranges, some more of the olor flavor—albeit less aggressive than it is in the mouth—and a generic meatiness. The finish is more of the aggressive olor flavor with pine, walnuts and at times a soapiness. There’s a certain roughness—not harsh, but just rough—that I can’t figure out. Flavor is full, body is medium-full and strength is medium-full. Construction is great though the ash on one cigar looks a bit uglier than most cigars.

The aggressive olor flavor continues to dominate the profile until around the halfway mark. After that it’s still present but it gives way to some sourdough bread, a metallic flavor, citrus and a more mushroom-dominant version of the olor. Retrohales are similar though the sourdough is now more of a burnt pizza crust. There’s also an added acidity and harshness. While the flavors are very detailed, they aren’t particular smooth. But my biggest issue with this cigar—particularly when it comes to writing a review—is the flavors seem to enter and exit about as quickly as any cigar I can remember, making it really challenging for me to discern what they are. The finish has lemon, lots of earthiness and an acidic flavor that reminds me of eating a bit too much pineapple. Flavor remains full, body is still medium-full and the strength is getting closer to full. Construction remains great with this being an ideal candidate for an ash stand. 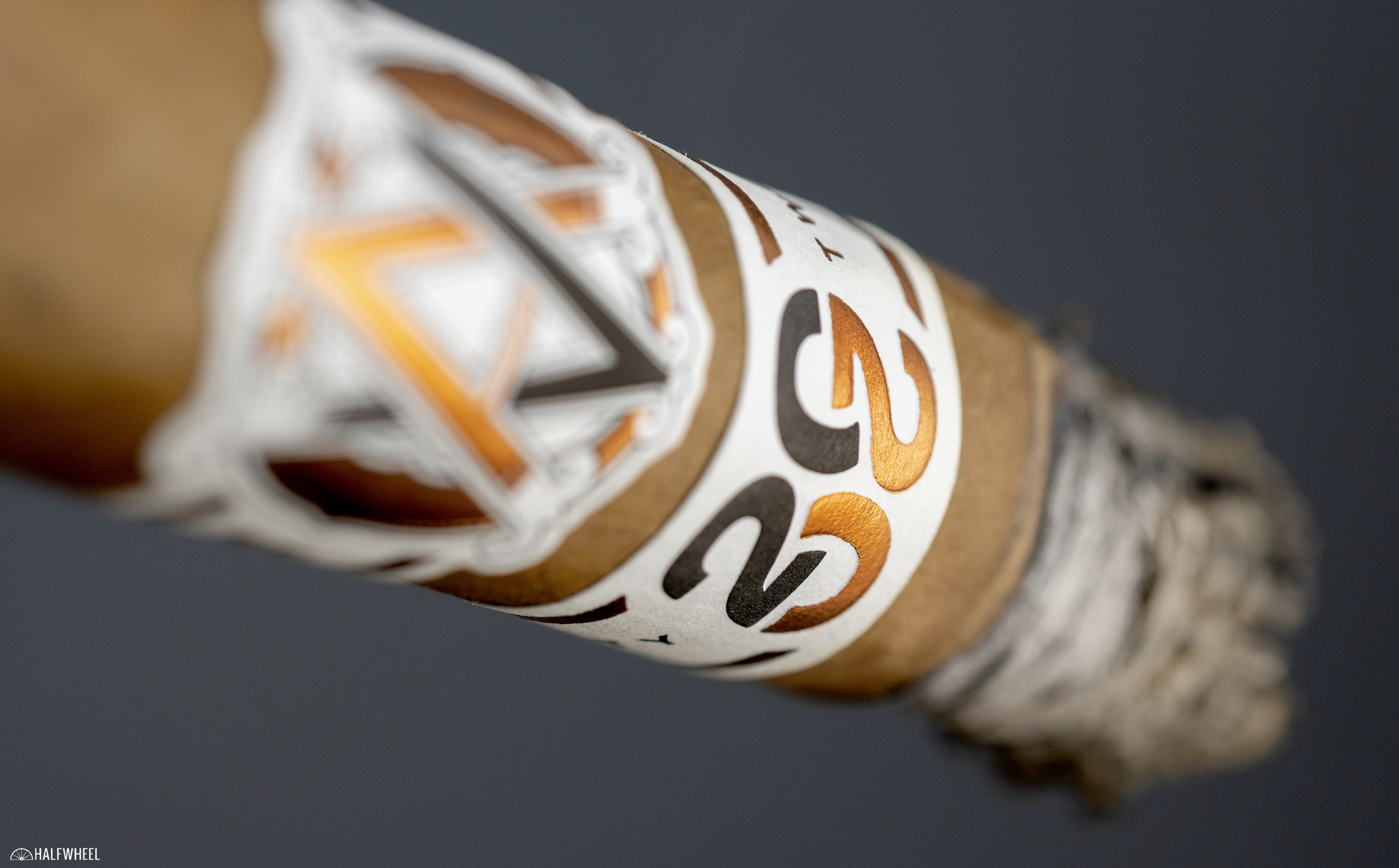 This is one of the more clear arcs in terms of starting one way, finishing another way and having a middle part that is a hybrid of the two. The AVO Improvisation LE20 shifts to a wet earthiness on top of leather, salt and some cheap black pepper notes. Retrohales have an artificial blueberry, creaminess and earthiness. The finish has a lot of mushrooms on top of some sunflower seeds, white pepper and the aforementioned roughness. The flavors aren’t as interesting as the earlier parts but they remain incredibly detailed and still challenging to identify because of how short each one lasts. Flavor, body and strength are now all medium-full. Construction remains great until the end. 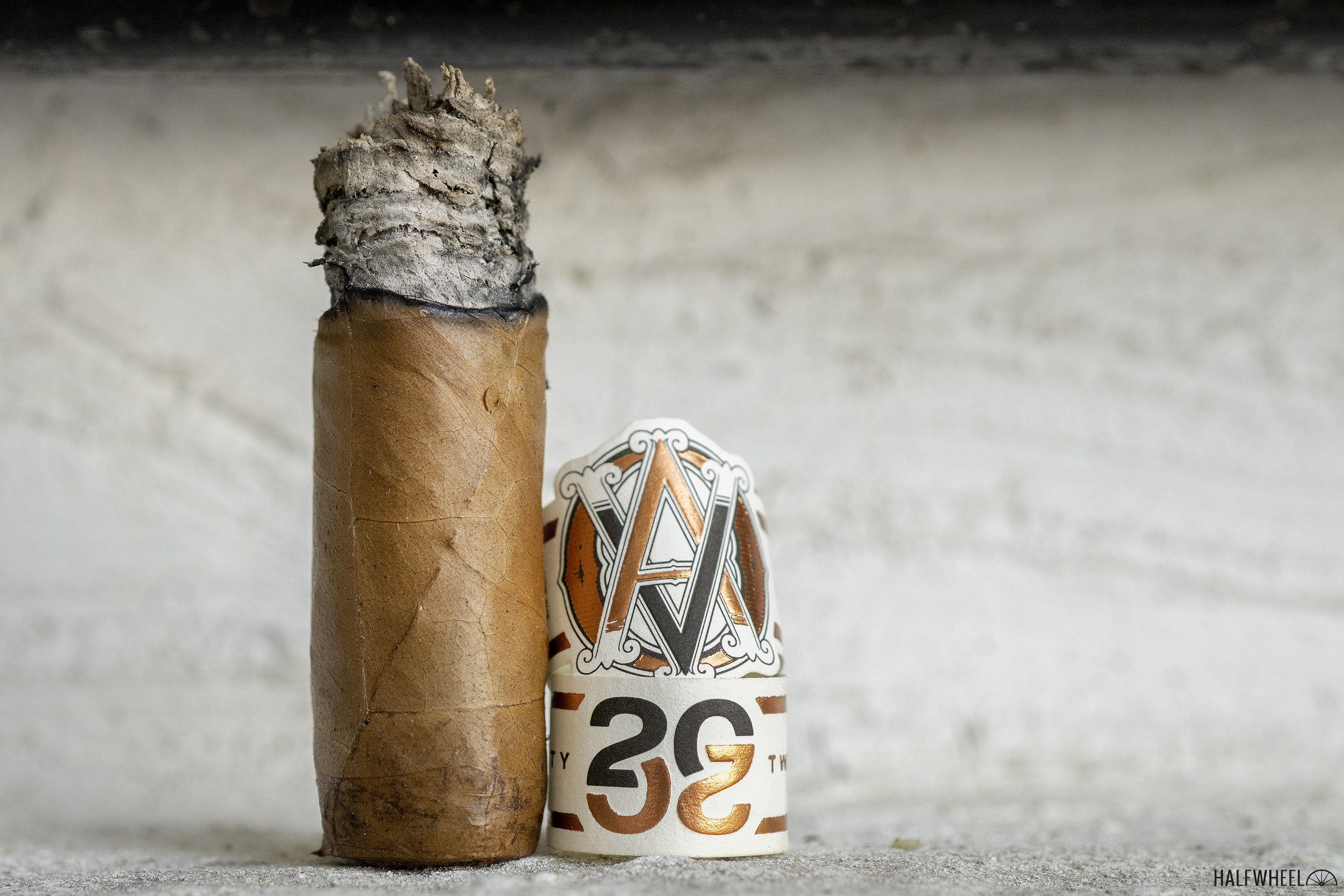 There are some people that are going to love this cigar because it has lots of olor with all sorts of spiciness. Perhaps if I was smoking this AVO with some sort of adult beverage my mind might change, but the cigar by itself is too aggressive for me in two different ways. First, this is an absolute olor bomb on a level that I haven’t tasted in quite some time. Tons of mushroom, tons of the vegetal flavor and some of that unique creaminess that olor tobacco gives me. Second, there’s a lot of aggressiveness. Sometimes it’s a white pepper, sometimes it’s a black pepper, sometimes it’s just a rough mineral flavor and sometimes it's just too much happening too quickly—but from start to finish, the AVO Improvisation LE20 is just asking me to drink my first soda in years. On one hand, some of that sweetness would help to cut through this roughness, but on the other hand, that’s really what makes this cigar unique.