In 2013, Espinosa Premium Cigars debuted the first in what has arguably become one of the company’s most popular series: the 601 La Bomba Warhead. Incorporating World War II imagery as part of its overall marketing aesthetic, the Warhead launched as a stronger version of an already strong line of cigars—the company’s 601 La Bomba—and other than 2105 and 2017, a new version has been released every year since 2013.

During the 2022 PCA Convention & Trade Show, Espinosa showed off the latest addition to the line named 601 La Bomba Warhead VIII, a 6 x 60 box-pressed gordo incorporating a Nicaraguan broadleaf wrapper covering Nicaraguan tobacco used for both the binder and in the filler. Each cigar is priced at $11 and the La Bomba Warhead VII is being sold in 10-count boxes with only 2,500 boxes released.

“This is the release that I am asked about every year, there are so many customers that can’t wait for its launch so they can add it to their collection,” said Erik Espinosa, founder of Espinosa Premium Cigars, in a press release. “I am truly amazed at its success year in and year out.”

As the Roman numerals after each release indicate, there have been eight different releases in the 601 La Bomba Warhead line so far: As I pull the 601 La Bomba Warhead VIII out of the cellophane, I notice that it has one of the darkest wrappers I have seen in a while. That dark wrapper is also quite dry to the touch with just the smallest hint of oil and feels like old parchment when I run my finger down it. I find that my first cigar has a cap that is coming slightly unglued while my third cigar features three discolored veins that are significantly lighter than the rest of the wrapper. The wrapper features strong aromas of sweet earth, barnyard, dry hay, leather and dark chocolate. Aromas from the foot are more distinct and include raisin sweetness, dank earth, hay, black pepper, generic nuts and leather. After cutting the cap, the cold draw features more sweet earth, dark chocolate, cashews, nutmeg, leather tack and a touch of brown sugar sweetness.

The La Bomba Warhead VIII starts off with plenty of spice and black pepper as well as a strong leather flavor, but the latter is replaced by notes of powdery cocoa nibs and earth that easily stay on top of the profile for the entire first third. Secondary flavors of sawdust, hay, sourdough bread, cedar, coffee beans and slight anise flit in and out as well, while the retrohale features a combination of strong black pepper and light maple sweetness. Flavor ends the first third at just under medium, but both the body and strength are off and running quickly, hitting a solid medium and still increasing. Construction-wise, there is an abundance of thick, gray smoke—almost too much smoke at points—and the draws are excellent, while only one cigar needs a minor burn correction.

In many ways, the second third of the cigar is nothing more than a carbon copy of the first third: earth and cocoa nibs continue to be the main flavors, followed by sourdough bread, cedar, espresso beans, hay and nutmeg. There is a slight change on the retrohale, as the black pepper has receded slightly, allowing just a touch more maple sweetness to emerge. Flavor bumps up slightly to a solid medium, while the body and strength continue hand-in-hand to land at medium-plus. There are absolutely no issues with any aspect of the construction for all three cigars, as the burn, draw and smoke production give me no problems at all. 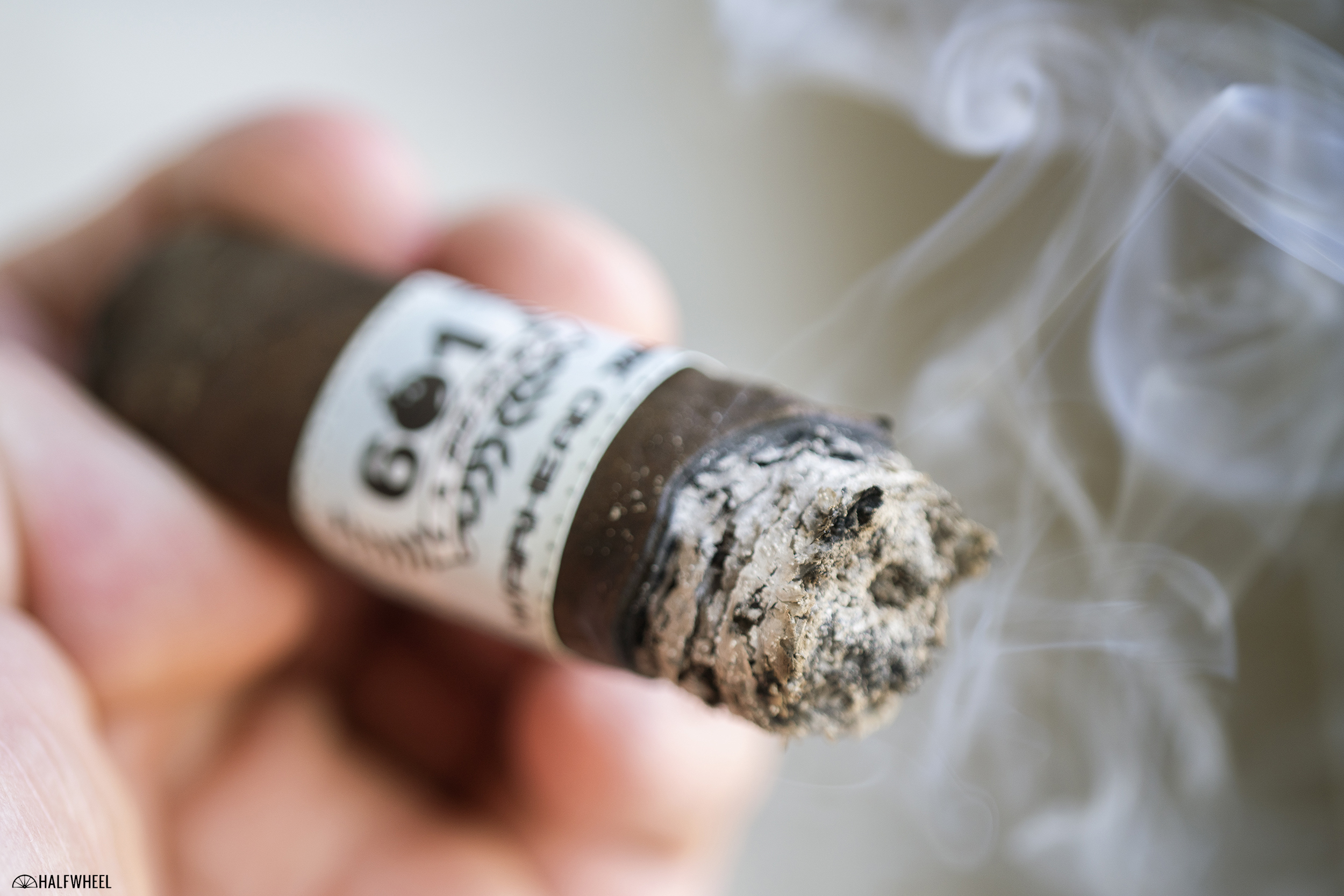 There is more earth at the forefront of the 601’s profile during the final third, but the cocoa nibs note easily remains a major player as well. Additional flavors include mostly familiar notes of dry hay, cedar, espresso beans, sourdough bread, nutmeg and leather, along with a new—albeit never very strong—flavor of citrus peel on the finish that comes and goes. Flavor remains at a solid medium and the body remains at medium-plus, but the strength increases just enough to pass the full mark leading to some minor balance issues with the rest of the profile. Finally, while the draw continues to be effortless and the smoke production continues to be copious, my last cigar runs into enough issues with its burn that I am forced to use my lighter twice to keep it on track before I put the nub down with about an inch left. 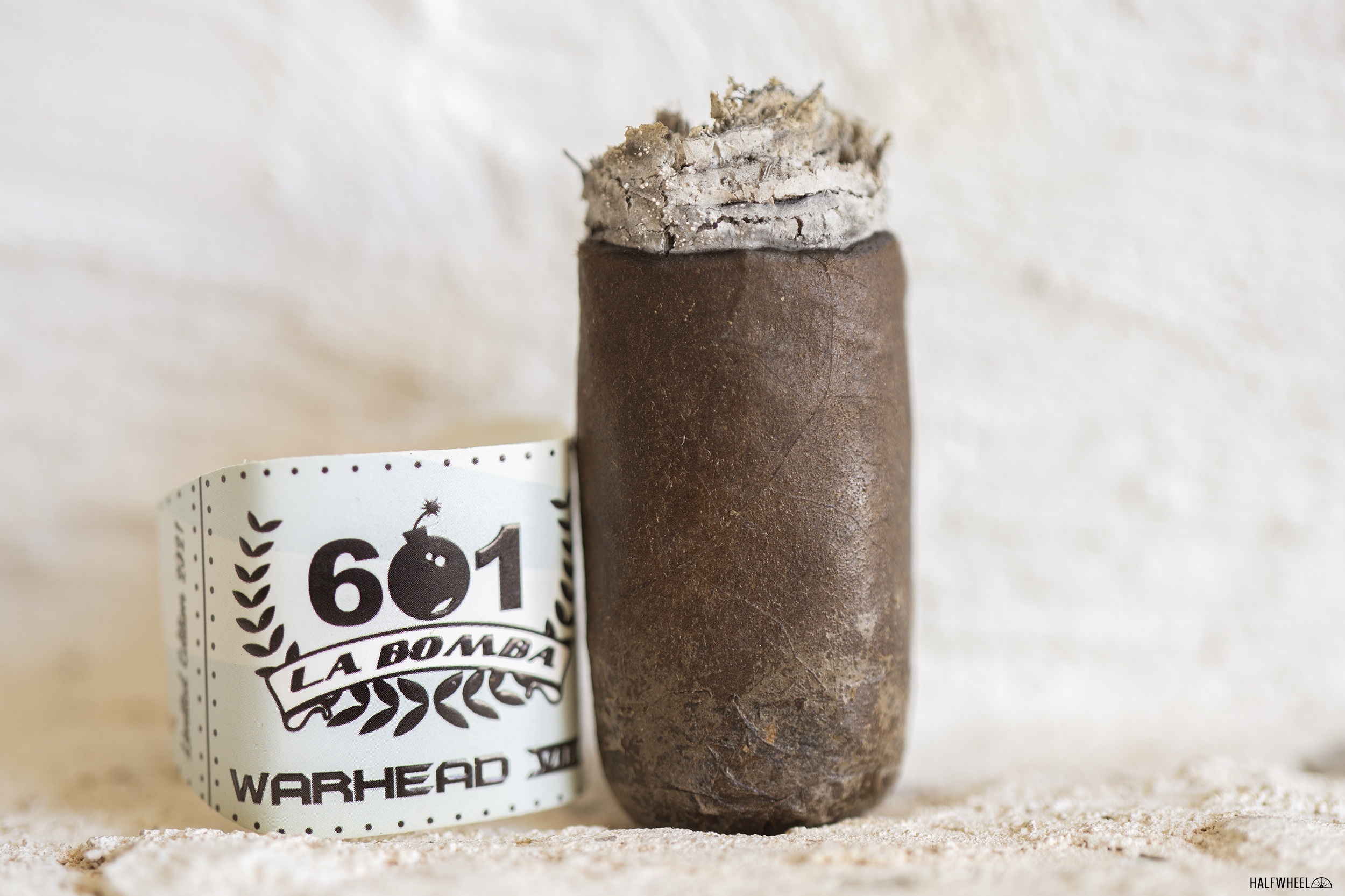 While not the most complex of blends, the La Bomba Warhead VIII features an obvious combination of rich flavors and overt strength that some people will no doubt find very appealing. Having said that, the strength does get a bit out of hand during the final third, leading to some noticeable balance issues that can’t be overcome by the small amount of sweetness that is present in the blend. In the end, while the La Bomba Warhead VIII is far from the best in the line, it is a very nice addition to a lineup that is full of enjoyable cigars, especially for those looking for a more aggressive, in your face profile.