In 2013, Espinosa Premium Cigars released the first of what has become a semi-regular release, the 601 La Bomba Warhead. As the name suggests, the Warhead is based on the blend for the La Bomba line, in that it is supposedly stronger and uses the same Nicaraguan binder and Nicaraguan fillers, but replaces the Nicaraguan habano wrapper on the original La Bomba line with a Connecticut broadleaf maduro leaf. The third incarnation in the line is the appropriately named 601 La Bomba Warhead III, a 7 1/2 x 38 box-pressed lancero that is packaged in boxes of 10 and priced at $10.95 each. As with the rest of the line, the new Warheads are produced at the La Zona Cigar Factory in Estelí, Nicaragua, and a total of 5,000 cigars were released, although the company did leave the door open for more to be made if demand was high. In addition, while the blend of the Warhead III is the same as the previous two releases, the thinner lancero vitola required an adjustment to the specific ratios of the tobaccos that were used.

There have now been three different vitolas released in the 601 La Bomba Warhead line: Covered in a dark espresso brown wrapper, the 601 Warhead III is extremely rustic to the touch, and seemingly devoid of any oil whatsoever. The cigar has a slight—albeit obvious—box-press and the small pigtail on the cap is a nice touch. Aroma from the wrapper is a surprisingly faint combination of earth, leather, black pepper and raisin sweetness, while the cold draw brings flavors of barnyard, leather, grass, dark chocolate and raisins.

The first third starts out quickly with a dominant sweet grassy note followed by lesser flavors of gritty earth, leather, bitter espresso beans, cocoa powder and anise. There is a very distinct maple sweetness on the retrohale, along with quite a bit of black pepper and some slight spice on my tongue. The draw is a bit tight for my tastes from the first puff—although still within normal limits—and the burn is excellent so far, while the smoke production is both copious and dense off of the foot. Strength-wise, the Warhead III begins ramping up early and easily hits a point close to medium by the time the first third comes to an end. I am coming into the second third of the 601 Warhead III, and the profile is becoming noticeably creamer, but the sweetness has morphed into more of a s’mores note, along with cedar, dark chocolate, earth, hay and some slight nuts. There is a very mint note that comes and goes, although it does seem to be getting stronger near the end of the second third. The draw remains stellar, while the burn also continues on a very straight line, but the strength seems to have hit a hard wall ending the second third still slightly under the medium mark. 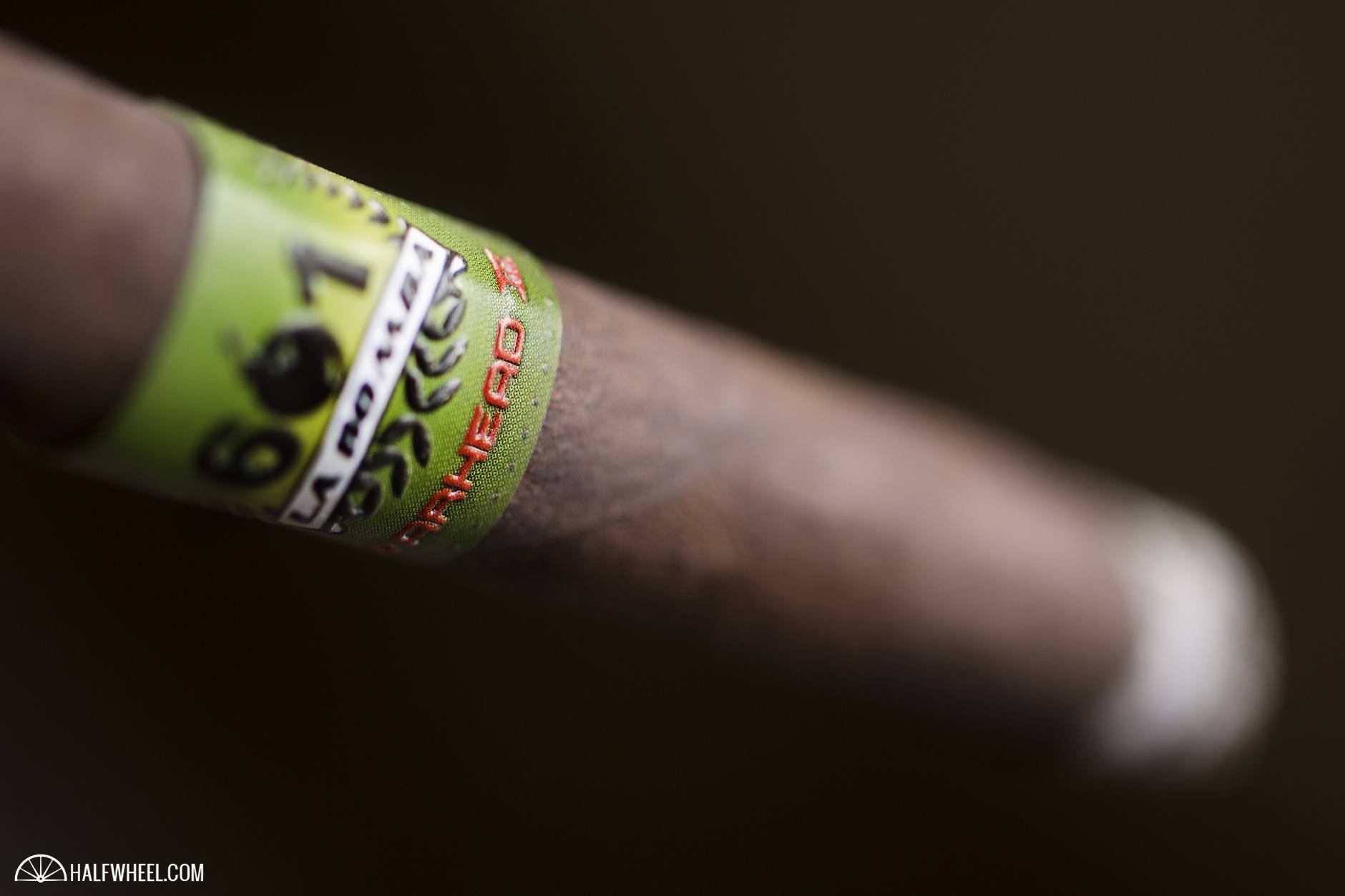 The final third of the 601 Warhead III continues the trend of creaminess from the second third, but adds a nice dominant nutty note that combines wonderfully with the other flavors of grape skins, earth, cocoa powder, fresh ground coffee, sweet cedar and leather. The sweetness in the blend has morphed again, this time to a distinct vanilla note and I am noticing some spice on my tongue that was not present before. The construction continues to impress with an excellent draw and just short of razor sharp burn. The overall strength finally does reach the medium mark, but stays there firmly until I put the nub down with less than an inch to go. I have smoked a number of the 601 La Bomba line, and found them to be a decent blend, with the 601 Sake Bomb the standout in my mind. While I did not find this particular vitola of the 601 La Bomba Warhead significantly stronger than the regular line, it was quite a bit creamier overall, and also exhibited a subtle, ever-changing sweetness that morphed from maple in the first third to s’mores in the second third and finally vanilla in the final third. There is a good deal of complexity in the blend, but it is somewhat fleeting and relegated mostly to the retrohale, meaning that if you don’t slow down and concentrate while smoking the Warhead III, you are most likely going to miss out on most of what makes this a very good cigar.