Like many companies, Espinosa has taken a less-is-more approach to its booth, though with five new releases to show off, plus an appearance from celebrity chef Guy Fieri scheduled for Sunday afternoon, it might end up being closer to a more-is-more approach.

The company landed a great spot towards the front of the hall, on one of the main aisles that people use to enter and exit the show floor, which seems to provide a good bit of extra traffic to what is an already busy booth. The company shows off a good amount, if not nearly the entirety of its portfolio, with its newer products on dedicated pedestals for the most part, with some of Fieri’s Knuckle Sandwich line getting its own dedicated corner display case. While it might not have been finished off with balloons and party favors, there was plenty to celebrate inside the booth this year, including a pair of anniversaries for the company and some news that Erik Espinosa will tell you about in the video. 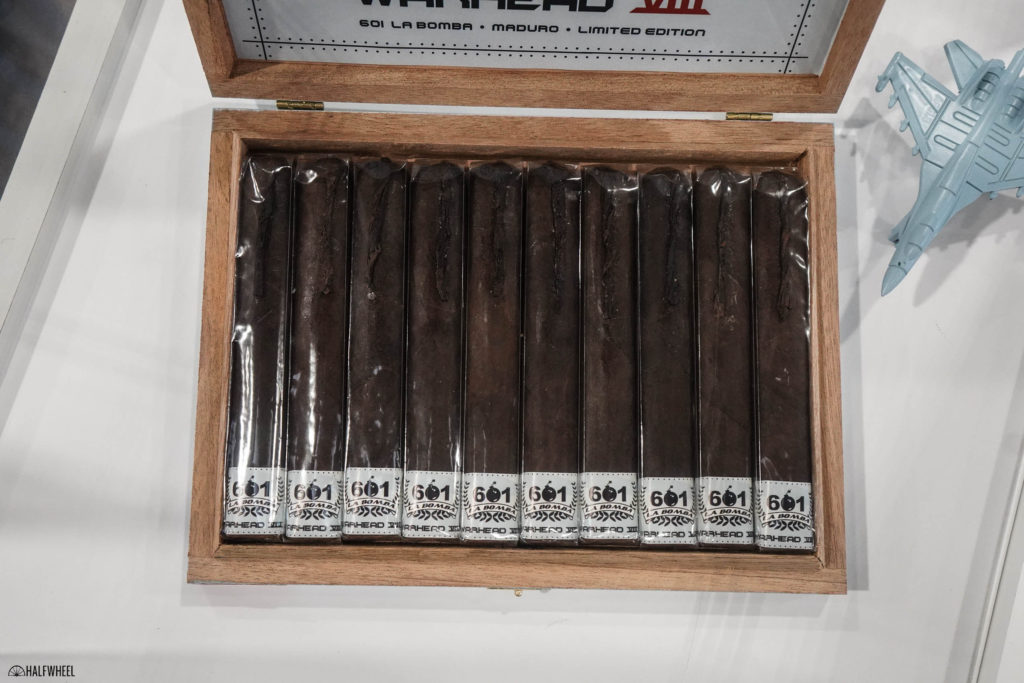 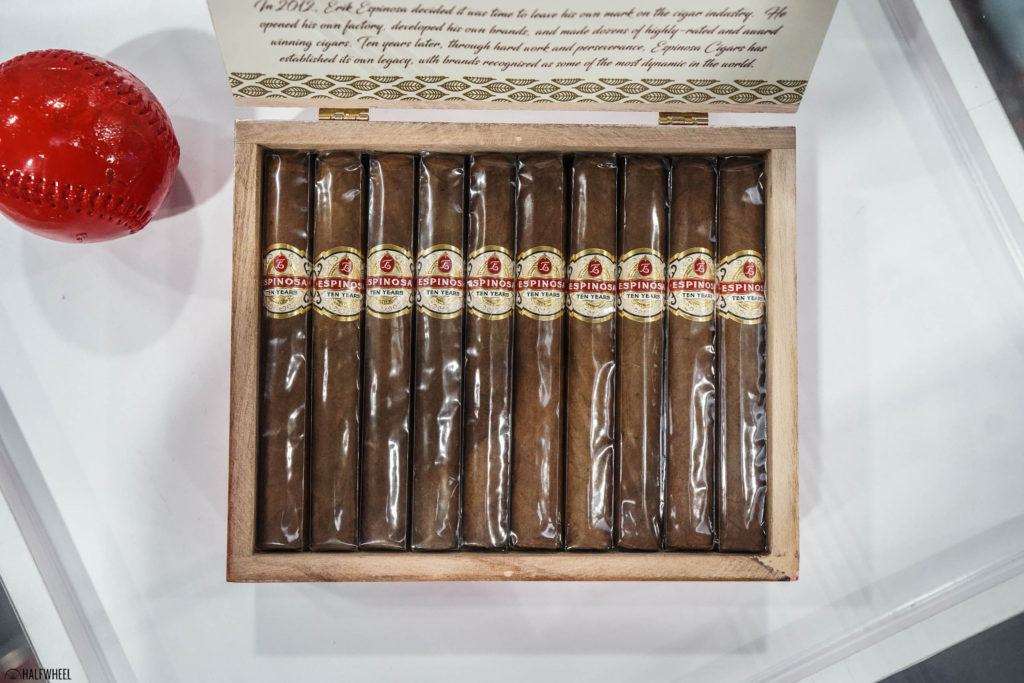 Erik Espinosa isn’t one to celebrate his milestones in the cigar industry, but his team is, specifically his son Erik and the company’s director of operations, Héctor Alfonso. They wanted to ensure that there was a cigar that celebrated and commemorated the company’s 10th anniversary, so they blended this Nicaraguan puro that features a hybrid habano seed wrapper, partly to satisfy Erik Espinosa’s fondness for that varietal. You might recall that a habano leaf was used on the Espinosa 20th Anniversary, which celebrated Erik Espinosa’s 20 years in the cigar business. The cigar is being made at AJ Fernandez’s San Lotano factory. 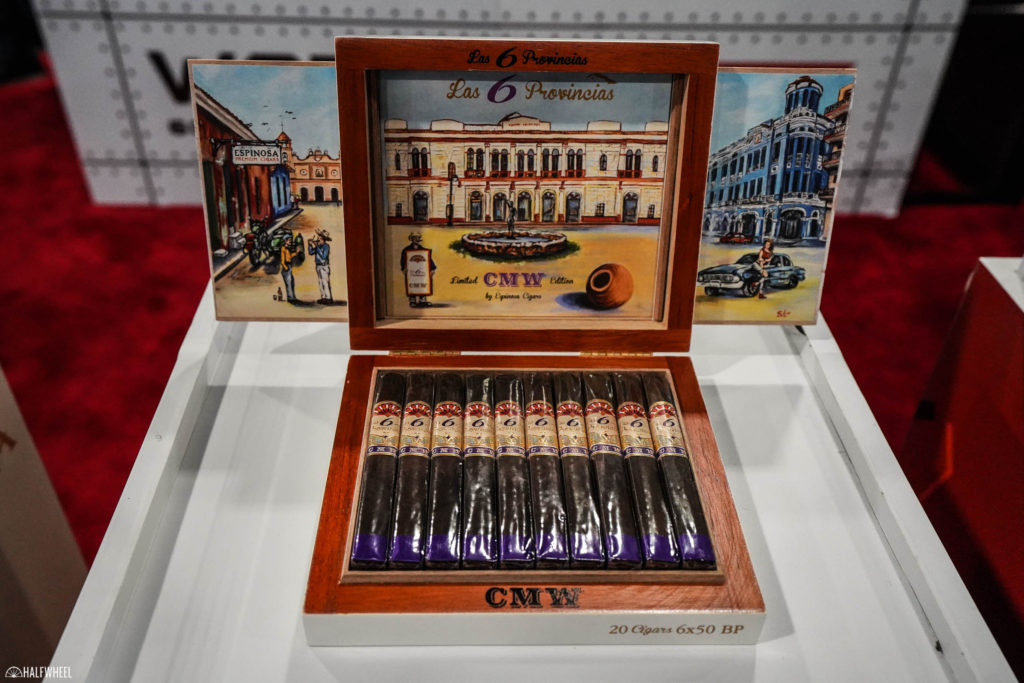 This line honoring Cuba’s six original provinces gets its fourth release, recognizing Camagüey. The company is keeping a single box design, which features sliding “windows” that slide out from the inside of the lid and reveal more artwork. The blend draws on tobaccos from all of Nicaragua’s growing regions. The line that celebrity chef Guy Fieri created with Espinosa Premium Cigars is getting a limited edition release that features a new blend that is different from the core line habano and maduro offerings. It also uses a distinctive box-pressed figurado vitola. 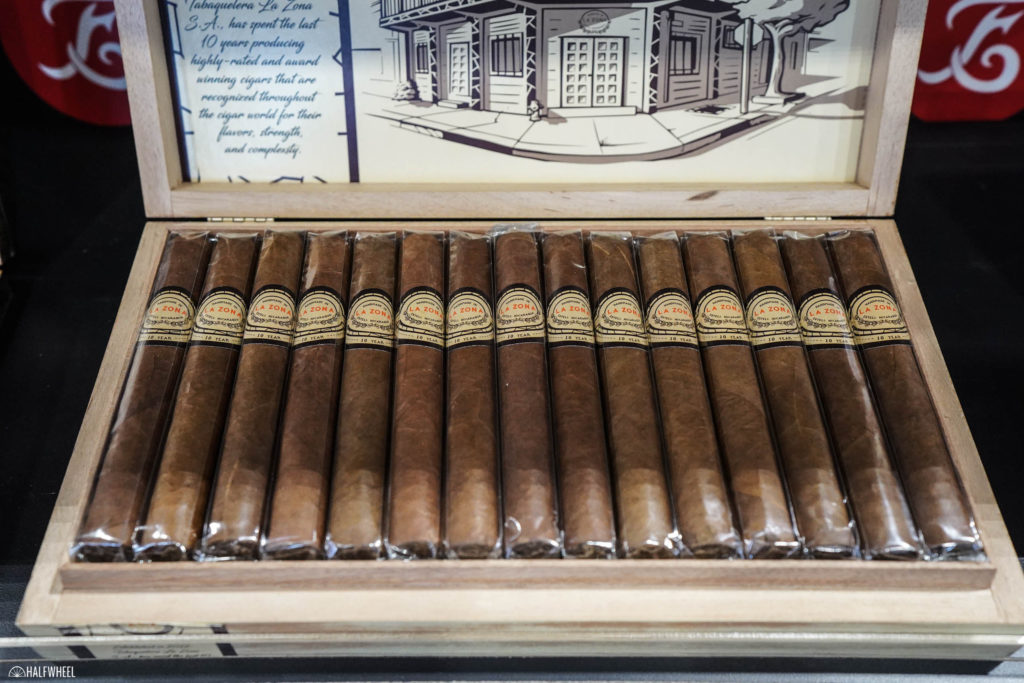 Espinosa Premium Cigars is also celebrating the 10th anniversary of the factory where the company began producing its cigars in 2012, and the release is said to be a throwback to the cigars that were released when the company started out. The wrapper is a higher priming of the wrapper used on the Laranja line, while there is pelo de oro in the filler. Héctor Alfonso described it as being a full flavor, but not full strength profile.