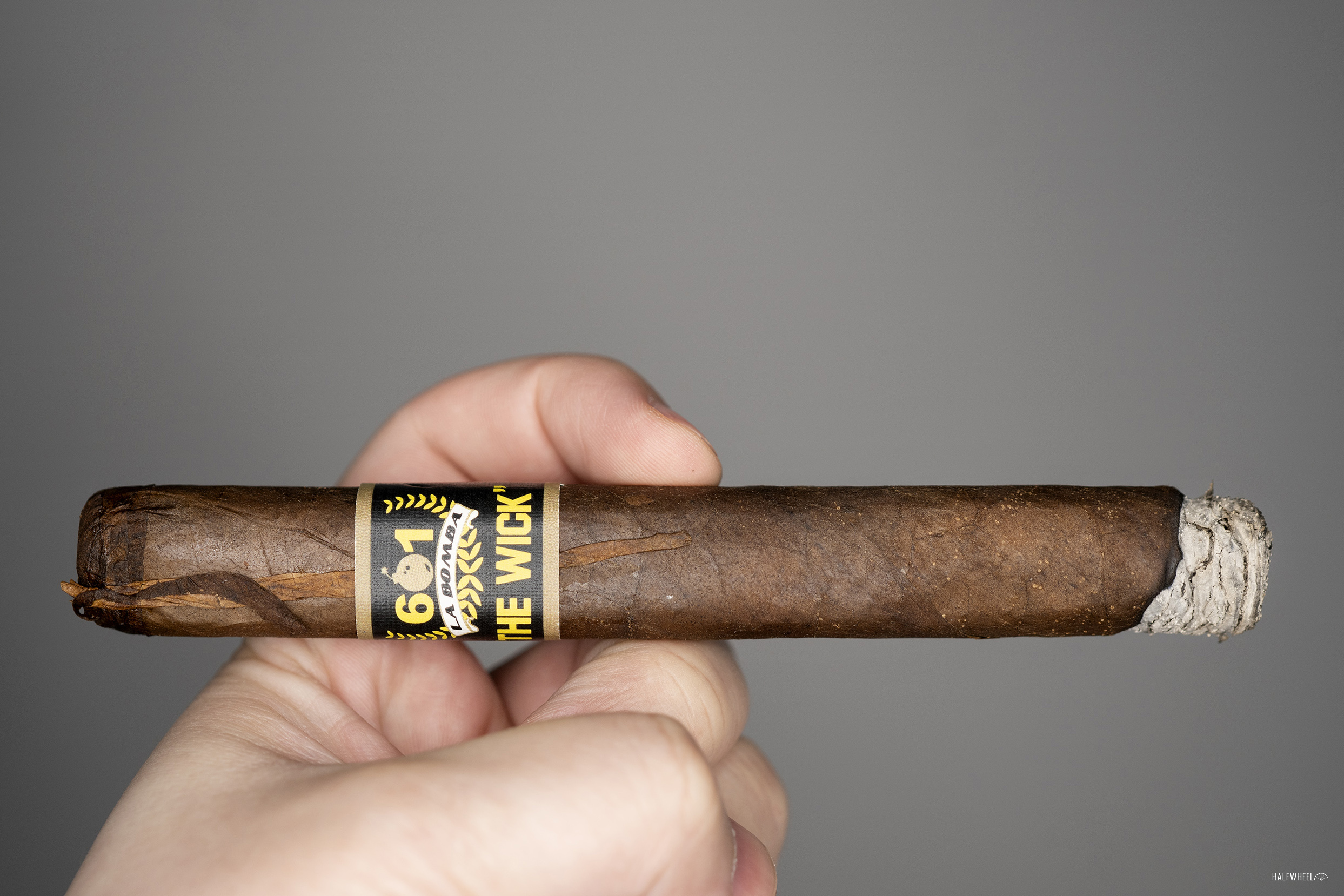 While I have never been to it, one of the events that I’ve really come to admire is Espinosa Premium Cigars’s La Zona Palooza, an annual event hosted at the company’s headquarters just outside of Miami. Fans of the brand are invited for a weekend of hanging out, eating lechón and some entertainment—all while surrounded by other Espinosa fans and the people who make the brand.

Given just how many events that exist in the cigar business, I’m surprised more companies haven’t taken the approach of inviting their fans to an event entirely focused on the brands and their fans. Drew Estate does it with the Barn Smoker events and Rocky Patel does it with the Rocky Patel Cigar Cruise. Arturo Fuente/J.C. Newman and Tatuaje have also done events centered around their respective online forums, but those seem a bit different. In fairness, RoMa Craft Tobac has an upcoming event called WeaselFest and CAO used to do an event at its headquarters back in the day, but these types of events are actually quite rare.

As someone that is in the business of writing about cigars, I’ve also come to see La Zona Palooza as also functioning like a television upfront, an event where ad buyers are invited by the television networks to preview upcoming programming, i.e. television shows, and interact with the network’s bigger stars. In addition to the activities that happen during La Zona Palooza, it’s also now a chance for attendees to preview a lot of future releases from the company, sort of like an upfront.

This year, the event was moved to a virtual format where attendees could purchase one of three packages that included swag as well as exclusive cigars which include event-only releases, La Zona Palooza exclusives and previews of upcoming releases.

Amongst the cigars previewed was the new version of 601 Black, the Warzone Short Churchill and the 601 La Bomba The Wick.

The 601 La Bomba The Wick is actually two cigars—one with an Ecuadorian habano wrapper and the other with a Mexican San Andrés, both 6 x 52 toros. It’s an extension to the 601 La Bomba, itself a stronger brand within the 601 portfolio. The Wick uses the same Nicaraguan binder and filler found in the La Bomba, though Hector Alfonso Sr., the company’s director of operations, told halfwheel that the blend is closer to that of the La Bomba Sake Bomb, a 4 1/2 x 42 that is designed to be a bit stronger than the regular La Bomba.

As the name implies, it features a really long string of tobacco that runs down the side of the cigar, extending almost four inches. In the case of the Maduro, that wick is made from Connecticut tobacco, while the habano uses San Andrés maduro for its wick. In his news story about The Wick last year, Patrick Lagreid noted that the bundles had messaging aimed at someone:

That design, along with the sticker on the front of each 10-count pack and related swag, is being used as a response to an unidentified individual in the cigar industry who the company says has taken issue with it using the fuse design for the La Bomba line over the past several years.

I haven’t spoken to anyone at Espinosa about this, but this would seem to be Dave Garofalo of Two Guys Smoke Shop, which has its Firecracker Series of cigars that also have long strings of tobacco that run down the face of the cigar. I suppose Viaje’s TNT release might qualify for this complaint, but I neither know nor care.

What’s interesting is that the bundles you see above, which were part of the La Zona Palooza 2020 packages, seem to be different from the bundles that shipped to stores, which came in plastic. I have no idea if the middle finger design remains, but it’s nowhere to be found on the band.

The company made more cigars than it sold via the event packs, so Espinosa-branded lounges and other retailers were offered the remainder of what was once 400 bundles of 10 cigars. As of right now, it’s unclear whether Espinosa will make or sell more in the future. I’ve forgotten just how long the wick on the 601 La Bomba is. On this version, it runs well past the halfway mark of the cigar, measuring about 3 2/3 inches from the top of the cigar. This is an extremely dark wrapper that has such a dark brown color that it looks almost purple. It looks immensely better thanks to the contrasting reddish-brown color of the pigtail itself. For those wondering, the Habano version keeps the contrasting thanks to a darker pigtail. The aroma from the Mexican San Andrés wrapper is medium-full with the combination of pepper and chocolate sweetness that I get from many strong cigars. In fact, my notes on the first cigar say “it’s going to be a strong one.” The foot’s aroma has a more intense version of that flavor but adds some nice meatiness. Unfortunately, right before I go to cut the first sample my fingers pass over the spot where the band would normally be—around an inch from the top of the cigar—and I feel a noticeable soft spot. Given that this was on my first sample, it’s something I decide to look for—and find—on the next two cigars. The cold draw is open with a medium-full mixture of a sweet chocolate, meatiness and something that reminds me of olive oil. There’s no pepper hitting my tongue, but I can feel some irritation on my lips.

The 601 La Bomba The Wick begins with minerals, black pepper, red pepper, a damp earthy flavor and lot of toastiness. And then, 30 seconds later, my taste buds are on fire thanks to an array of pepper sensations. Fortunately, this isn’t like a hot sauce challenge and it eventually disappears, but I also know that this is not the cigar to prepare me for a wine tasting. That is the least of my concerns, both because I am not intending on any wine tasting, but also because the draw is very open. It’s causing issues getting smoke into my mouth and I’m concerned that I’m going to need to pay a lot of attention to keep this cigar from going out. The flavors hitting my mouth include black pepper, black pepper and black pepper—in that order—and then some red pepper, meatiness and damp earth. Not surprisingly, the finish is also dominated by black pepper, though the earthiness is a lot more prevalent than the mouth flavor. There’s also a sharp mineral flavor and some toastiness. Given the mouth flavors, the idea of retrohaling this cigar doesn’t sound like it’s for the faint of heart, but it’s actually not that much pepper, I promise. If anything, it’s because I struggle to get enough smoke in my mouth to feel like I can get a full retrohale. If I take a couple of consecutive hard puffs and get the smoke production up, I get lots of pepper. But I don’t know how much of that is the actual cigar and how much of that is due to the consecutive puffs. Particularly given that a normal retrohale process produces some toasted bread and earthiness. Flavor is medium-full, body is full, strength is full and getting stronger. Two out of the three cigars I smoke need touch-ups in the first third. The ash, particularly the first clump, is also super fragile and falls well before the one-inch mark.

Fortunately, The Wick’s flavor enters a much more balanced place. I’m not sure it’s “balanced,” but it’s no longer “black pepper and friends.” There’s a nice bread flavor that sits on top of heavy toastiness. The black pepper is neither as intense, nor as prevalent as before, now restricted towards the back parts of my tongue. To be honest, the bread flavors make it seem like I’m smoking a much milder cigar. The finish has a lot of toastiness alongside earthiness, raisin sweetness, red pepper and white pepper. Thanks to a massive uptick in smoke production, retrohales are now possible without having to take consecutive puffs. Through the nose, there’s toastiness, bread and some red pepper. The finish has more of that bread alongside cashews and white pepper. Much like how the flavor has calmed down, the draw has tightened up. That’s helped the smoke production and makes The Wick a lot easier to smoke. This is still a very hot cigar in terms of the pepper, but it’s a far cry from the first inch of the cigar. While the pepper has calmed down, flavor and body both remain full. Then there’s the issue of the nicotine. I don’t know how much of it is due to the tobacco and how much of it is due to the draw issues forcing me to smoke quicker and harder than I would like, but this is a very strong cigar. Even just a couple hours removed from a decent lunch, I am very concerned about the nicotine. I’m not lightheaded yet, but I can feel the nicotine’s strength and I can also tell the cigar isn’t getting any milder. There’s good news and bad news in the final third of the Wick. The good news is that while the nicotine is still certainly in the extremely strong category, it seems like it’s lightening up a bit so I’m a bit less concerned with how I’m going to feel. That being said, the actual cigar gets worse. The flavor profile—not helped by a few touch-ups due to the draw—is much grittier with earthiness and some cinnamon joining the toastiness and black pepper. It’s not an offensive profile, but I’m in need of something else after two hours. The finish has some of that bread flavor from the second third, now joined by cinnamon, white pepper and toasty flavors. Retrohales are meatier with earthiness and, to be honest, not that much pepper. At least not initially. The retrohale finishes with breads and then about 30 seconds later there’s a lot of pepper. Flavor and body both remain full. Construction remains a bit of a struggle as the draw worsens, albeit not as bad as the first third, which produces even more touch ups. This will be a cigar that scores much better than my personal enjoyment of it. The flavor scored pretty well. It wasn’t great, but after the first third it settles down a lot and the second third is pretty enjoyable. That being said, this cigar lost a ton of points for the draw issues—which also deducted points for burn issues—and the balance, which it does not have. If I wanted to smoke a full strength cigar from Espinosa, the regular La Bomba or Warhead cigars are much, much better options that at least have the enjoyable flavor to go along with the nicotine. This was too much nicotine, but more so, too many construction issues to justify the flavors I got.