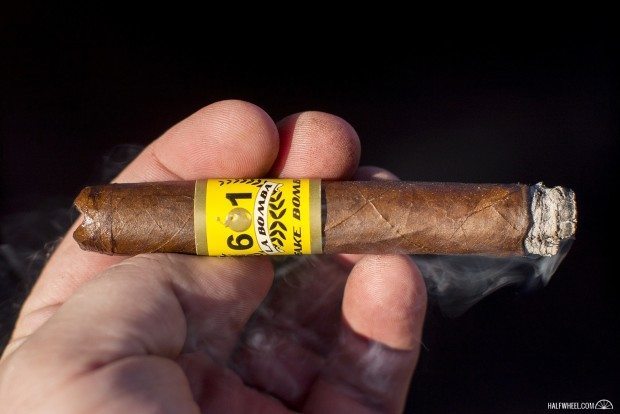 In the early part of last year, Erik Espinosa made it clear through social media postings that there was another size of his popular 601 La Bomba blend coming.

Eventually it became known that the vitola was a 4 1/2 x 42 petit corona named Sake Bomb and a surprise came with it. While the smallest size in the line is based on the same blend as the rest of the La Bomba line and shares the same Nicaraguan habano wrapper and Nicaraguan binder, Espinosa tweaked the filler in order to make it stronger than the regular line.

Here is what I said in my original review back in April 2014:

First and foremost, the name of this cigar does not lie: this is a bomb of smoke, both figuratively and literally. It starts out with an extremely aggressive — and frankly, overwhelming— combination of black pepper on the retrohale and spice on the palate that basically destroys any chance of tasting any other flavors. However, just as you start to wonder if that is all there is to it, the profile shifts right around the start of the second third, bringing more interesting notes of barbecue and nutmeg sweetness. While not the most nuanced of smokes by any means, the Sake Bomb brings something that is sorely lacking these days: a small vitola that has some major punch to it, along with a decently complex profile. Construction on all samples was excellent, and the smoke production was massive for such a small vitola. As a blend, the 601 Sake Bomb will definitely wake you up and make you take notice, and is a cigar I can easily recommend.

The Sake Bomb is one of eight sizes in the La Bomba line and retails for $6.75 packaged in boxes of 10.

Like the sample in my first review, the 601 La Bomba Sake Bomb is covered in a cinnamon brown wrapper that features quite a bit of tooth to it, along with an absence of any substantial amount of oil. The “fuse” falls to about the halfway point of the cigar, and falls off easily after I cut the cap. Aroma from the wrapper is a combination of cedar, peanuts, hay and manure, while the cold draw brings flavors of wood, leather, dark chocolate and nuts.

The differences between this time and last time I reviewed this cigar are obvious from the start, as I immediately taste a wonderful maple sweetness on the retrohale that combines nicely with the black pepper that is present. The dominant flavor by far is a spicy barbecue note that persists through the entire smoke, although it is stronger when the pepper is stronger in the first half of the cigar. Speaking of the black pepper, it is very obvious, but not even close to overwhelming as it was the first time, which allows other flavors to break through: espresso, hay, dark fruit and even a bit of a floral note every once in a while. The second half features more of the same, although the barbecue flavor is reduced a bit and I notice some green pepper on the finish that was not present in the first half. 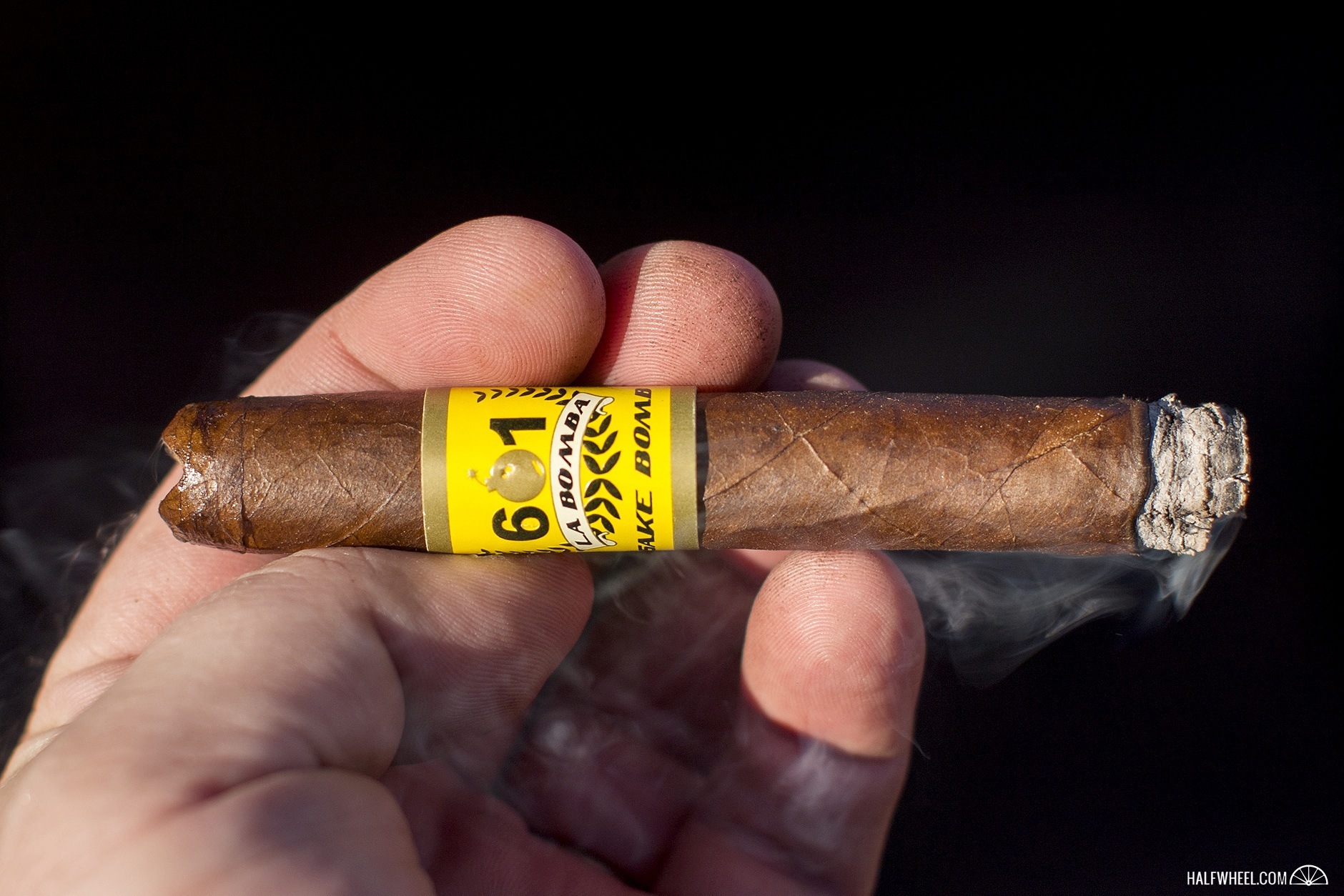 Construction-wise, both the burn and the draw are excellent for the entire smoke, with the burn never needing corrupting the draw giving just the right amount of resistance. Smoke production is quite high for a cigars this size, and the overall strength hits the medium mark before the end of the first third and stalls out there, never even threatening to go further.

I was hoping that some time would even out the rough spots this vitola had, and thankfully, I was correct about that in this specific instance. The almost overwhelming black pepper in the first few puffs and for the rest of the smoke was greatly diminished—albeit still strong enough to easily notice—which allowed significantly more nuance in the blend's profile to shine through. The combination of the overt barbecue smokiness and maple sweetness combined with the aforementioned pepper was wonderful, and I enjoyed every puff until it was over. This was a sample that I held onto from my original review and just proves that these are so much better with a little time on them.