When I was first getting seriously into cigars a little over a decade ago, I remember trying to soak up all I could by way of magazines, the handful of websites that existed, and friends and retailers who were willing to teach me about tobacco and cigars. After I relocated to Phoenix late in 2009, I met a group of cigar smokers who were quite passionate about their Cubans and would frequently pull cigars made on the island from their humidors when we’d get together to smoke.

Exploring the world of Cuban cigars was a completely new adventure for me, mainly because I had to do it secondhand as I had yet to visit the island and had only smoked a handful of them during a trip to Mexico. As I explored and as my friends smoked, I kept coming across a subset of Cubans that captured my attention: the Edición Regional.

The more I looked, the more I found cigars banded with a second piece of paper that bore the name of a country or region, some as close as Canada or Mexico, others literally on the other side of the world, and all in Spanish, with some of the translated names completely unfamiliar to me.

My discovery of the Edición Regional series and subsequent interest/obsession with it happened to coincide with the year that Habanos S.A. released its largest batch of cigars since launching the program in 2005, as in 2009 a total of 23 new cigars were released, a mark that would be eclipsed in 2011 with 25 cigars, a mark that has yet to be approached and likely won’t be due to changes made to the program.

The Edición Regional program has been covered extensively already, though as a quick refresher distributors were able to request new sizes in existing lines—though it had to be a size already in the Habanos S.A. portfolio. Ten of the 27 brands are excluded from the program, the distributor must front the cost and order at least 25,000 cigars, and they will remain a regional exclusive for up to two years, at which point they can be added into regular production. While distributors used to be able to request multiple releases in a year, that ended in 2012, when Habanos S.A. capped it at one release per distributor, per year.

In 2009, the Vegas Robaina marca was just 12 years old, having been launched in 1997 and named for the famed tobacco growing family led at the time by Alejandro Robaina, though his grandson Hirochi was quickly gaining notoriety as well. While the Edición Regional program was launched in 2005, it wouldn’t be until 2007 that the marca would be used, with the Maestros created for Spain, a 5 3/5 x 50 robusto extra. That would be followed by the Marshall in 2008, a 4 9/10 robusto made for the Adriatic region with quite an interesting story of its own, as well as the Vegas Robaina Petit Robusto for Portugal, a cigar that seemingly kicked off a trend for future Edición Regional release to bear the gold R.

In 2009, Canada received the Petit Robaina, a 4 1/3 x 52 petit robusto that was only slightly bigger than the 4 x 50 Petit Robusto. Just 1,200 boxes of 25 cigars—30,000 total cigars—were produced for Havana House Cigars and Tobacco Merchants Ltd., who handles distribution in both the domestic and duty free markets in Canada, St. Pierre and Miquelon. 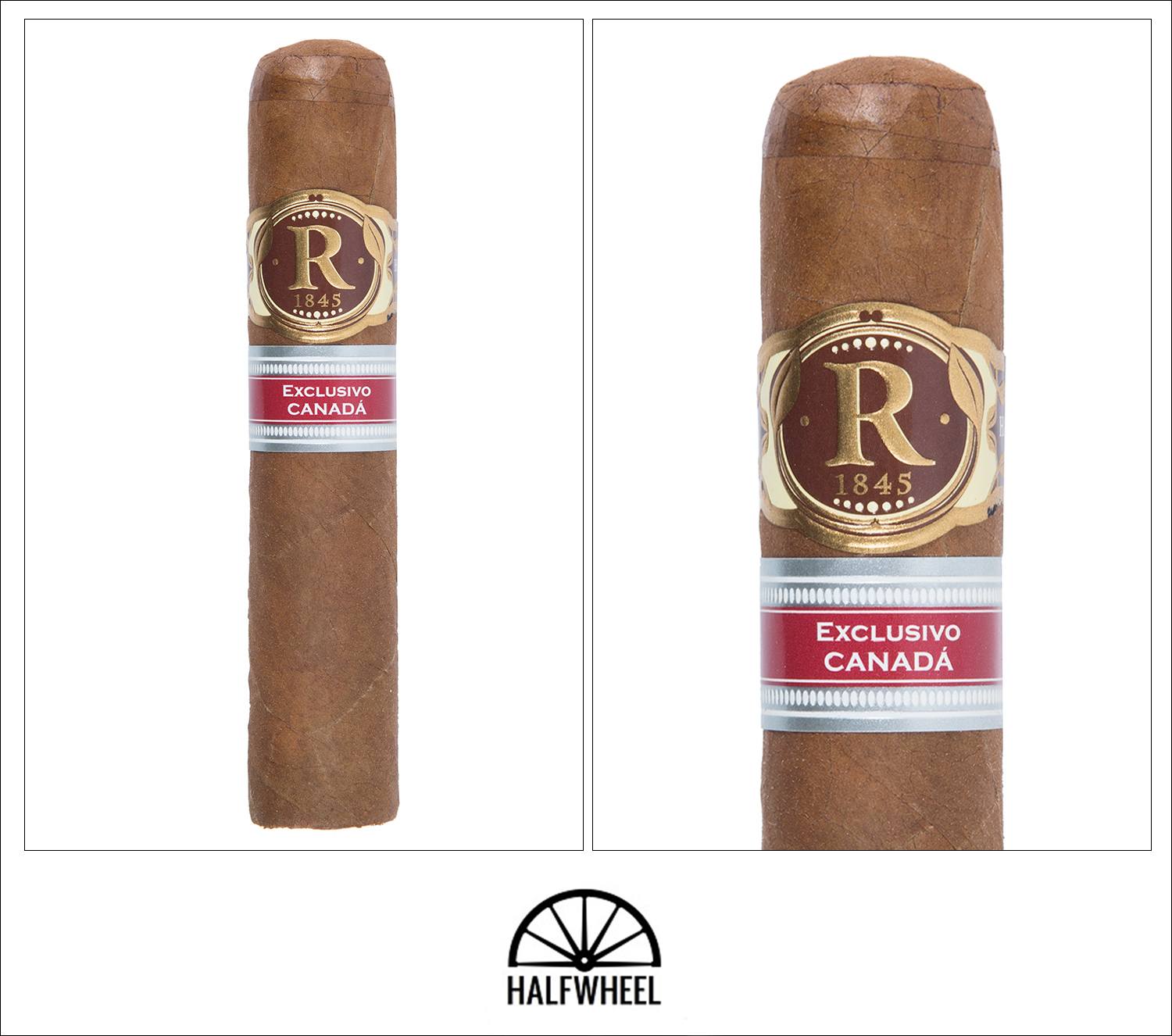 The Vegas Robaina Petit Robaina is a tidy, short robusto that is rolled and capped well, not particularly distinctive in any way but certainly not showing any detracting features. It wears a fairly typical wrapper leaf that is tanned and earthy, showing little oils and a matte appearance, with coloration even on each sample. There are a number of small veins with their familiar puckering, a bit of crystallization but no tooth and the occasional green spot, while the roll feels firm, the seams are flat and the caps generally clean. The foot offers a pre-light aroma that is very light, reminding me of a soft sugar cookie with some subtle floral notes. The cold draw is firm and equally as mild though quite creamy, suggesting half and half with a bit of dairy sweetness.

The Vegas Robaina Petit Robaina starts out medium-bodied with notes of peanuts, a bit of pepper and some subtle underlying creaminess, the latter of which also manifests in the aroma and retrohales in a thicker expression that has me thinking of marshmallow whip. The pepper is the first to build and a retrohale at about an inch into the cigar shows the most change, as it has become a good bit stronger yet is quite manageable, though it has cost the cigar almost every semblance of sweetness it had just a few moments earlier. I feel like the cigar is burning rather slowly to begin, though just 20 minutes in and I’m worrying about the secondary band getting charred as the burn line nears it, leaving a wake of dark grey, almost black ash. While the smoke production is adequate, it is far from plentiful, and I find myself struggling to get enough on the first puff or two after the cigar has been resting. 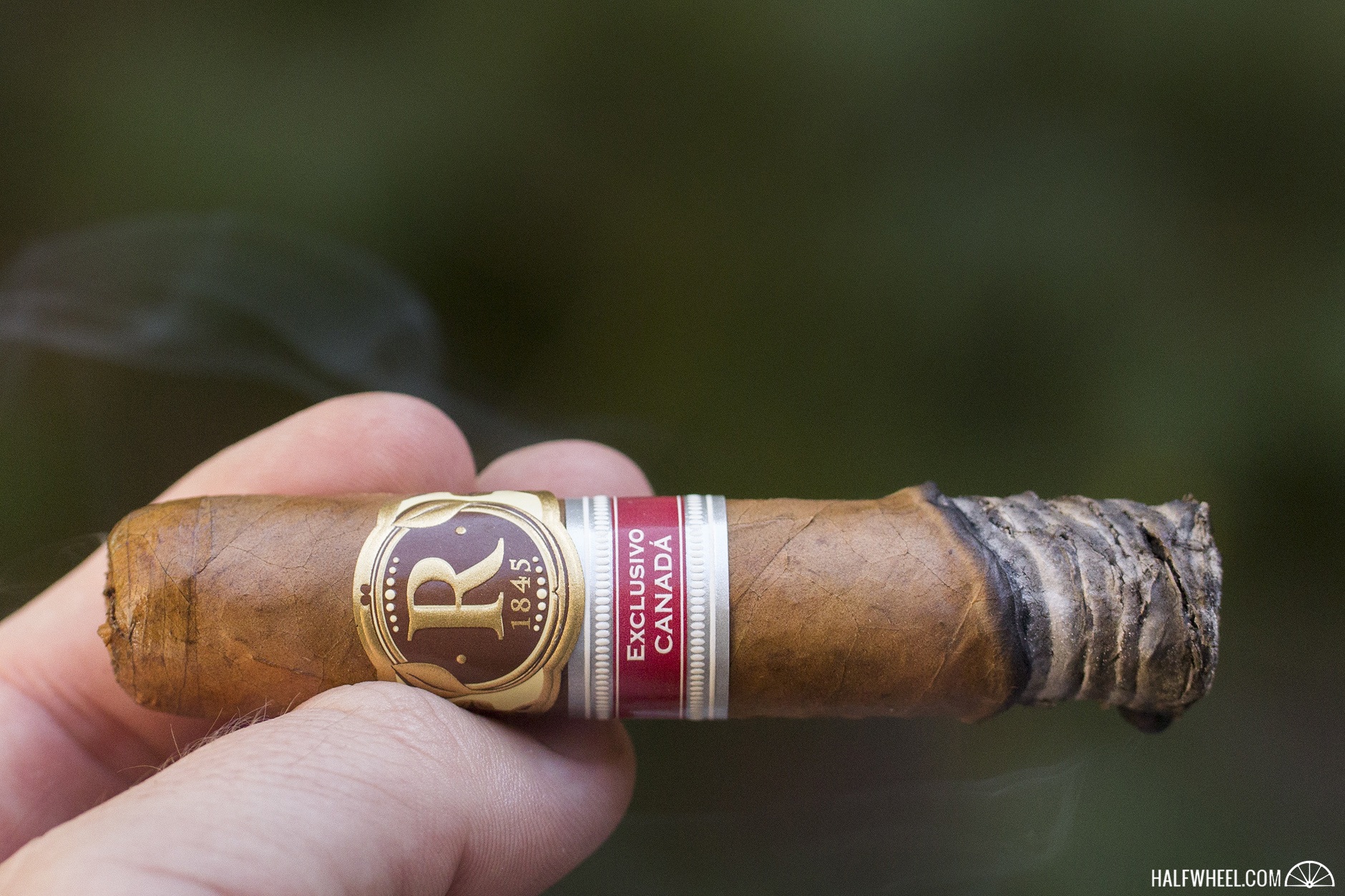 This Edición Regional seems fairly comfortable with its flavor profile, not offering much in the way of changes at the start of the second third and remaining solidly medium bodied. At the midpoint the pepper kicks up a few notches and becomes much more of a driving factor in the cigar, adding not just the physical sensation but some earthy weight to the smoke. I begin to get some plain Lay’s potato chips entering the profile past the midpoint, as the sweetness and creaminess remains absent from the profile. Pepper has also died down a bit as a bit of greasy salt comes in for a few puffs. The burn rate has seemingly slowed again, or at least isn’t moving as fast as I might expect, which could well be related to the tight draw of the first sample. Flavor and body are both just a bit above medium, near perfect for my palate. 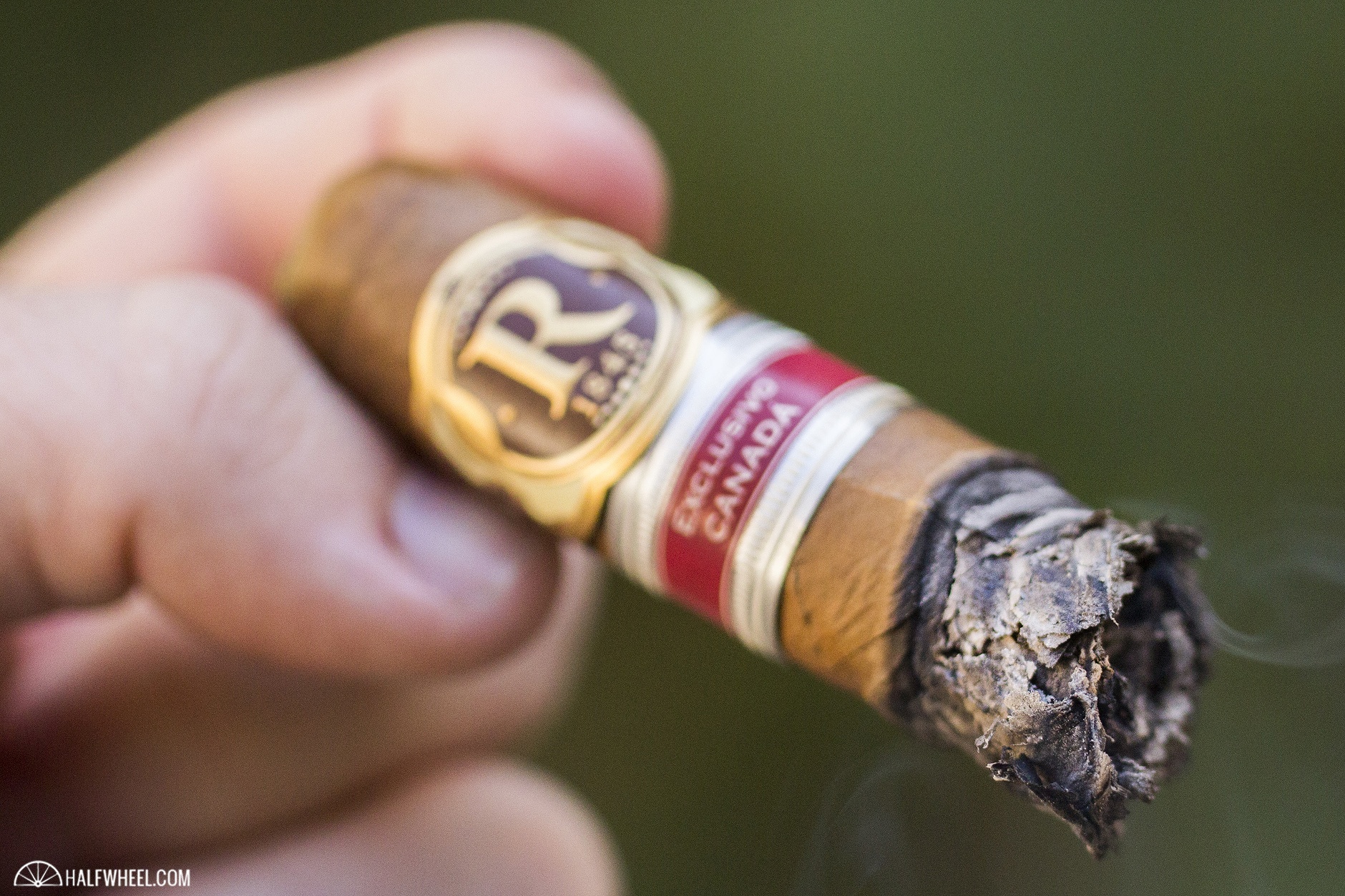 Pepper flits in and out of the Vegas Robaina Petit Robaina as the final third gets underway, and the flavor returns to its earlier profile, even ending up a bit lighter at times though still clinging to the potato chip note while a bit of dried banana chips come along. The final two inches bring about another change to the profile, changing the woodiness towards that of a pencil while adding in some cereal grains for a few puffs and also giving the potato chip flavor one more chance to shine—particularly in the aroma—before the smoke heats up in the final inch. While two cigars finished fine, the wrapper begins to crack and peel on the first cigar, with the cigar in the ashtray quickly thereafter. After the first two samples of the Vegas Robaina Petit Robaina, I thought I had my mind pretty much made up on the cigar; the flavors were flat and highlighted only by a generic woodiness and some pepper for much of the cigar, leaving me unimpressed and only mildly satisfied. However, the third added both the banana and potato chip flavors, which won back a few points and revised my thinking that this might be a better cigar than I gave it credit for being. Even at its best, the final inch still leaves a rough taste in my mouth, but maybe with even a bit more time that will fade and the Petit Robaina will hit its true stride.