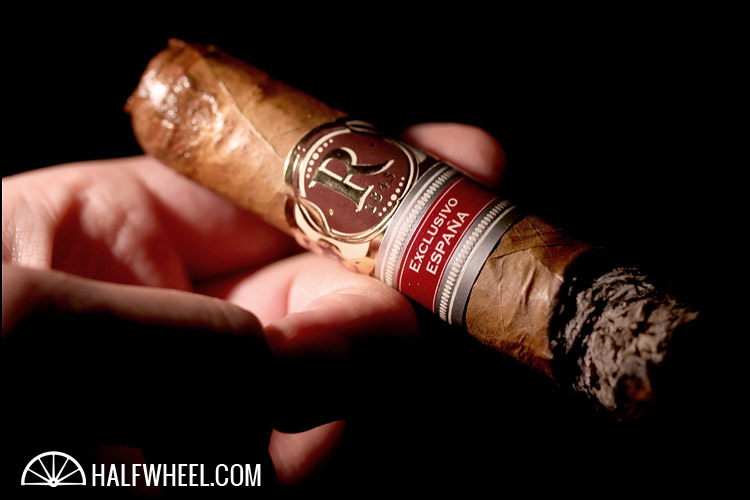 Last week I mentioned that there was a Vegas Robaina regional release that was identical in size to the El Rey del Mundo Vikingos that was also released in 2007, the Vegas Robaina Maestros.

For those that are unfamiliar with the Edición Regional program, here’s the brief summary from last week:

In 2005, Habanos S.A. introduced a new series of limited production releases that would eventually become to be known as Edición Regional (Regional Edition). The program took regular Habanos S.A. brands and gave their regional distributors special sizes that aren’t part of respective brands regular production line-up. In some cases, like the Bolivar Gold Medals, Habanos S.A. gave specific distributors sizes that had been discontinued, but most are sizes that have never been available prior. There’s one major exception to the rule and that would be perhaps the most famous ER, the Edmundo Dantés El Conde 109, which is an ER available for Mexico that is related to the Montecristo brand, but is largely its own brand.
The first Edición Regionals didn’t feature the red and silver secondary bands that read “Exclusivo (Region Name)” that have become synonymous with the ER releases.

As I mentioned last week, in 2007, Habanos S.A. released eight (8) different ERs, two of which were the 5 11/20 x 50 Gordito vitola. While the aforementioned ERDM Vikingos got the most attention from their release at the IX Festival del Habano, the VR Maestros was regarded as being a success.

The Maestros was actually not the first regional release for the young Vegas Robaina brand, as in 2005 Habanos created a special release for the 15th anniversary of 5th Avenue, the German distributor of Habanos. As far as ERs proper go, the Maestros was the first for the Vegas Robaina brand which was introduced in 1997. The brand was created to honor Alejandro Robaina, the great Cuban farmer, and has since had a sort of peculiar reception.

For one, the blends aren’t made up of all Robaina tobacco, and in some cases, could actually contain no tobacco from finca Robaina. Secondly, the brand has fueled more outcry from critics of Habanos, as many see it as a profiting based off of the great name with little compensation. As for the cigars themselves, they definitively haven’t caught on as well as many had hoped. Still, there are a definitive group of VR fans who thoroughly enjoy the brand’s limited offerings.

The Vegas Robaina Maestros was a regional release for Spain, which is a huge cigar market. Altadis S.A., who also owns half of Habanos S.A., is the Spanish distributor and was given 2,000 boxes of 10 cigars. 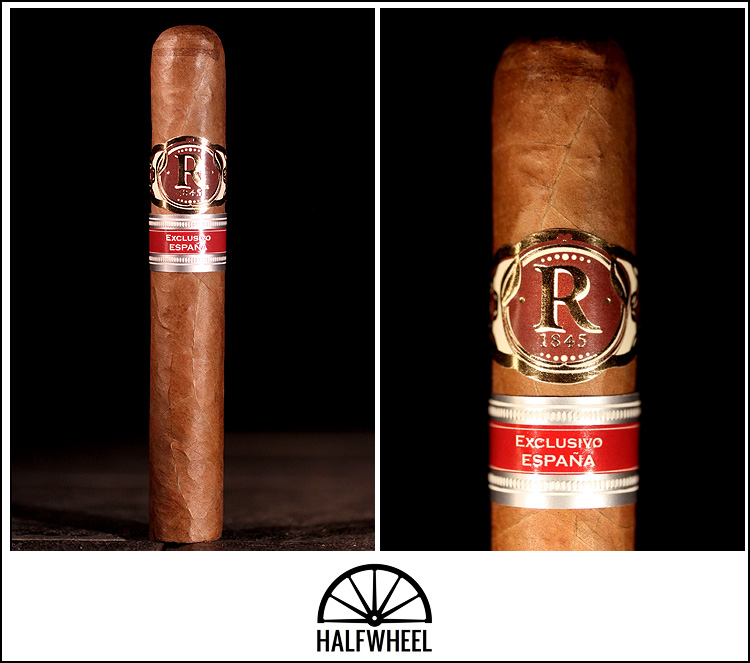 The wrapper on the Maestros looks like a fuller Cuban leaf. It’s got a bit more oils to it and a lot more consistency in the hue, but there are still your rough portions of the roll and obvious veins. While the lines are generally good across the cigar, the cap is noticeably sloppy. Amongst just about any cigar, this is one of the lightest aromas I’ve ever gotten, only a bit of leather with just a touch of black wrapper from the wrapper. Cold draw is tight, not plugged, but still concerning. Flavors are a sweet fruity tang with a touch of pepper on the roof of my mouth and a finish that is red wine and coffee. Before lighting, the Vegas Robaina is medium-full and short.

The first third begins with a dominant cedar profile and very interesting roasted flavors before beginning to bitter with cedar and earth eventually turning into just cedar. The finish, which is a bit below average in length, sees coffee bean and a bit of a generic sweetness. Pretty quickly, the Maestros picks up from its medium-full start to settle to a very spicy profile dominated by lack pepper, over hearty cedar, earth and aged tobacco. The draw doesn’t get any better andI quickly turn to the draw tools.

Oddly, the Spanish regional edition continues to get stronger entering the second third. There’s a generic sweetness, much like the one that I found in the finish of the cold draw that develops underneath, but the overall flavor profile is just a stronger version of the first with less sweeter. Smoke production continues to be fine with a draw that is still not great even after loosing via the draw tool, but the burn takes a dramatic turn for the worst. As seen in the Final Notes, the burn line, which has been fine in the first third, becomes nothing short of chaotic.

After burning off an inch of one side of the cigar to prevent the Vegas Robaina from going out, the Final Third starts in a slightly more disappointing manner the prior third. About a half of an inch the flavor profile falls out from under the cigar and it quickly turns to a mild creamy note with some twang and cedar joining at times. The pepper takes all of five minutes to exit the flavor profile and by the end I’m simply perplexed by the entirety of the Vegas Robaina Maestros. When you contrast Habanos S.A.'s version of a regional cigar for España and Quesada's version, they seem nothing alike. Whereas the Quesada España tries to capture the essence of most Cuban cigars, the Vegas Robaina Maestros seems like a poor attempt at trying to capture some of Honduras' spicier offerings. It's cigars like the Maestros that really give the Edición Regional program a bad rap: overpriced, underwhelming, non-sensical, disappointing and ultimately — perpetually frustrating. These are the cigars where you wonder what was going through the Habanos tasting panel when someone approved this, because this iteration proved, this cigar wasn't worth releasing.