Today we’re looking at our next to last Tatuaje Pudgy Monster review, the Tatuaje Jason. Originally released for the Monster Series as The JV13, Jason is the first smaller iteration that this blend has received since it hit the year after the Little Monsters were released. Getting a robusto treatment, the smaller Jason actually shares dimensions with the Wolf, though their shapes are different. 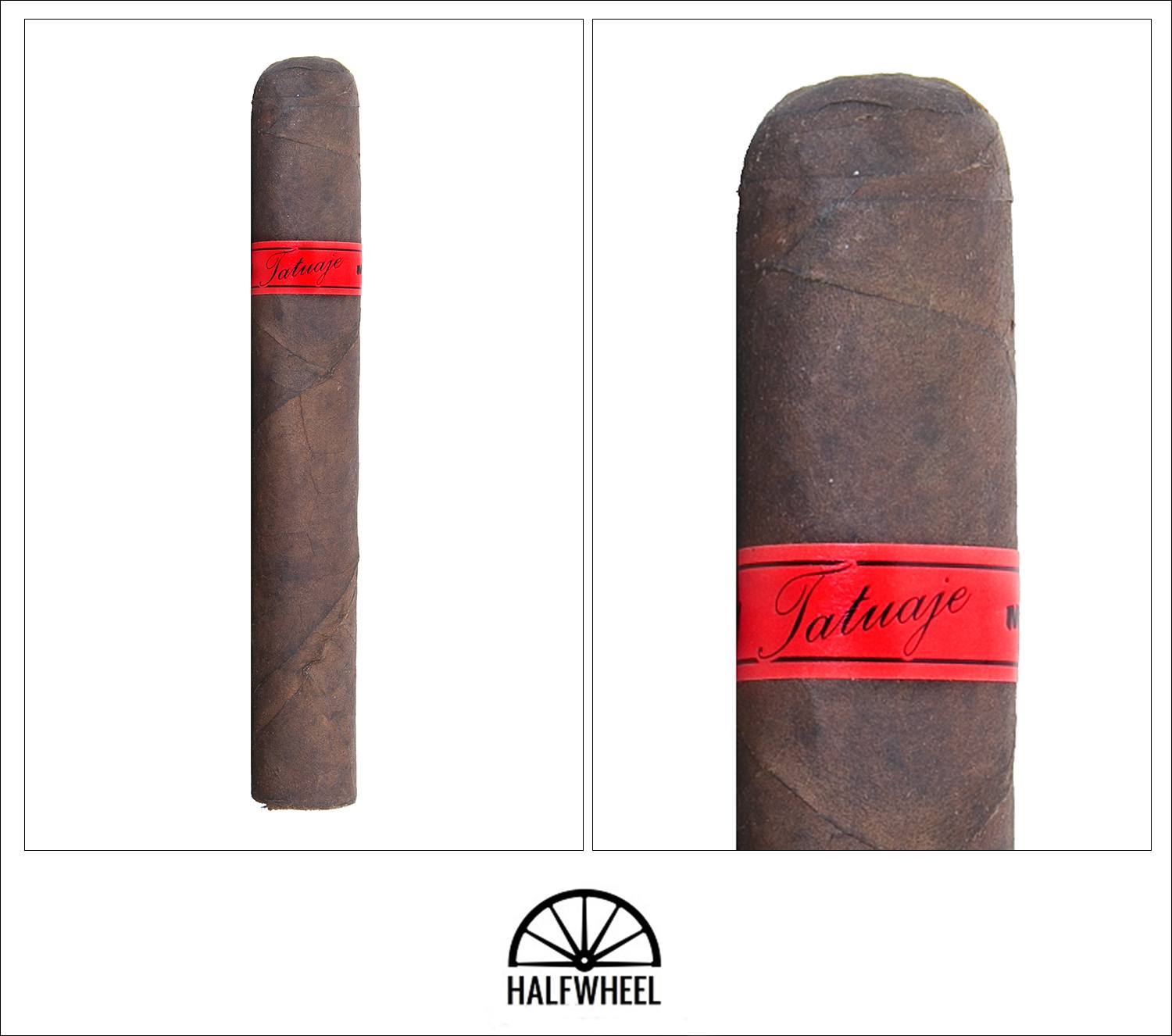 I know that the goal of the Monster Series cigars is to look a little gnarly and rough around the edges, but each version has varying degrees of ruggedness. The Jason leans a little more towards this goal with an extremely dark brown, toothy and veiny wrapper. The texture is rough to the touch and slightly oily feeling. There are a couple of minor soft spots, though my early guess is they won’t affect the burn. The bright red band is a great contrast against the dark wrapper and gives the cigar an appealing look. There is a rich barnyard and cocoa aroma coming off the wrapper while the cold draw is a wonderful rich dark chocolate alongside some spice and sweet pepper.

The first third starts out with more huge dark chocolate notes combined with a bit of black pepper on the tongue and some sweet spice. Overall the profile is quite earthy, with a healthy amount of pepper that somehow isn’t overwhelming. The draw is a little bit loose, but not unmanageable. While the extremely light grey ash is holding on well to an inch, the first section started splitting in half from the foot. I think the burn suffers a little from the split as I’ve had to do a couple of touch ups, but nothing serious. Each draw brings large clouds, inundating my senses with sweet and peppery smoke. 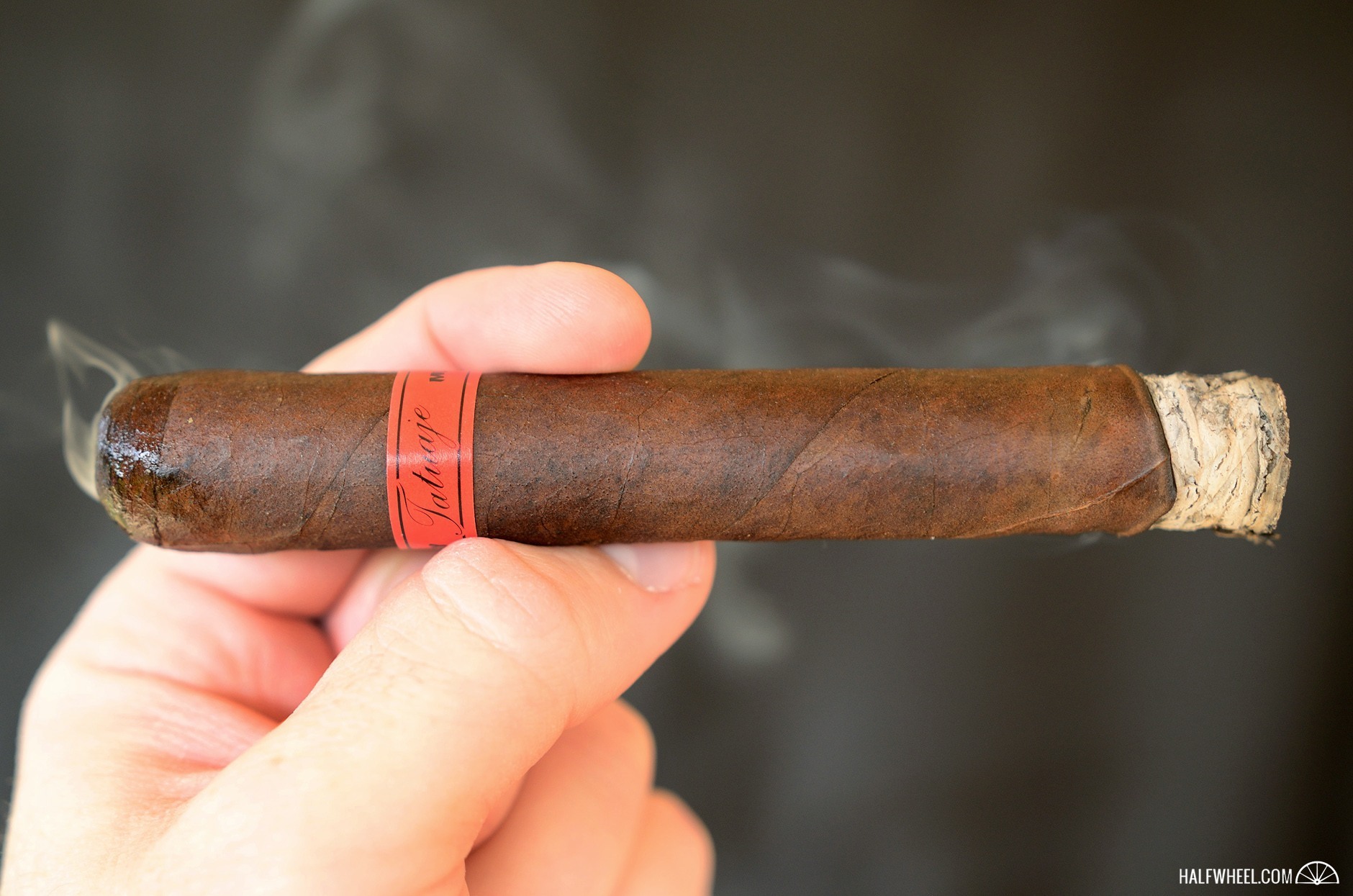 The second third sees a mellowing of the pepper, though the sweet spice, dark chocolate and earth are still present. In the background are some minor notes of leather and creme brûlée – basically a bit of vanilla with a toasted sugar sweetness. The burn isn’t a razor sharp line, but is burning quite even and nice now. The black pepper continues to fade while the dark chocolate and earth dominate. Leather, vanilla, spice and an overall sweetness continues to play in the background, complimenting the dominate notes nicely. 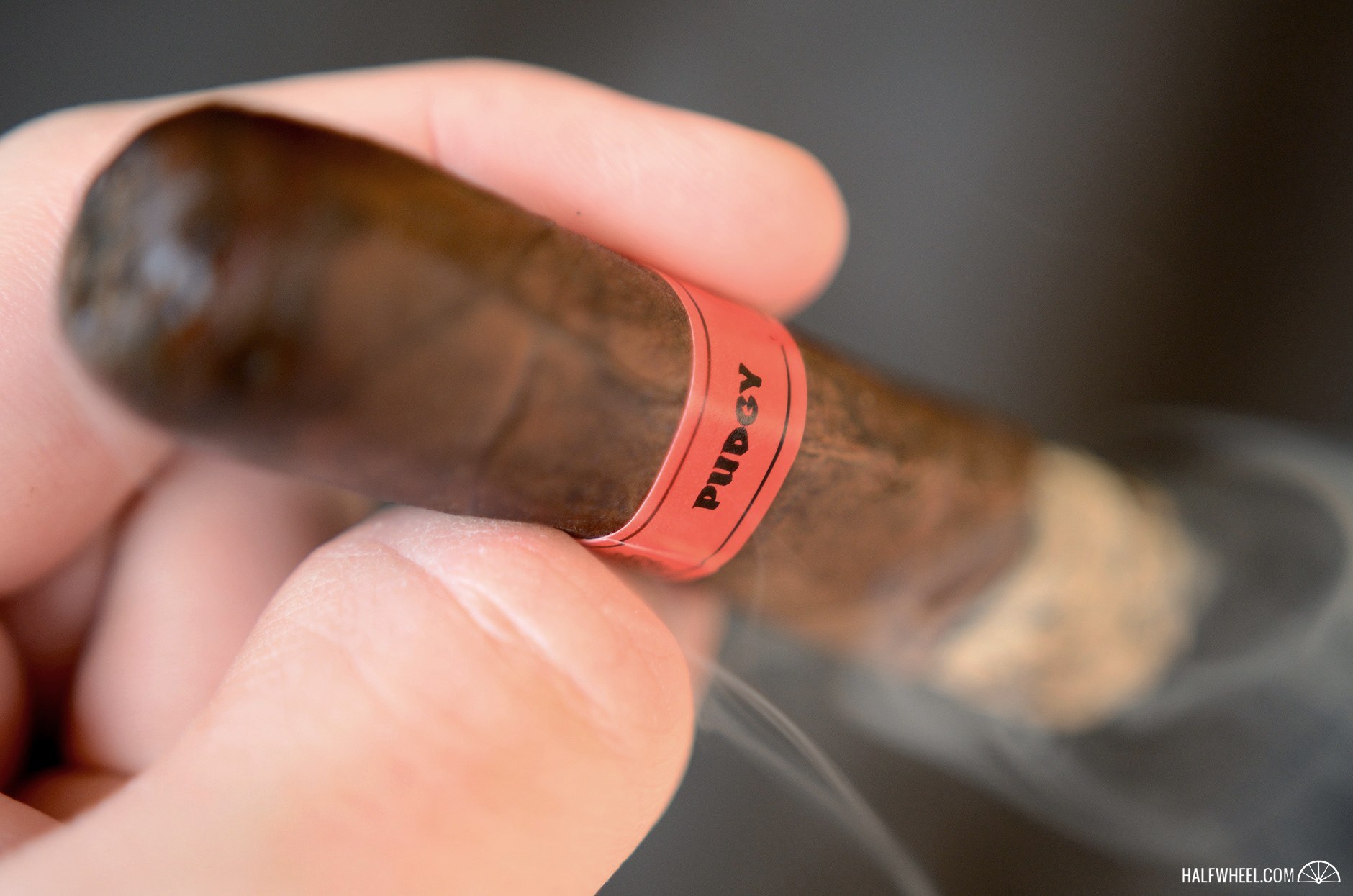 Moving into the final third the profile hasn’t changed much, though the pepper hasn’t disappeared completely like the trend would have suggested. Gritty dark chocolate and earth notes are still at the forefront, with the rest of the flavors are still minor but present. The burn has gone slightly wonky again, but a quick touch up resolves the issue. While the ash in the second third was fairly solid, the final third’s ash is slightly flaky, making a bit of a mess everywhere. Wrapping up the cigar the profile stays strong to the end without deteriorating or getting harsh. At the end I’d place the cigar’s strength at about a medium-plus. I really enjoyed the Jason, in fact I think it might be my favorite release in the box, edging out the Mummy by just a hair. The minor construction issues were a little annoying, but the flavor profile shined brightly enough that I hardly noticed it. The rich dark chocolate paired with the earth, spice and overall sweetness created a profile that really hit on all cylinders for me. There was also enough development throughout the cigar that things stayed interesting, changing just enough to keep things different while not straying from the enjoyable notes enough to get weird. The good news is that you shouldn’t have much trouble finding the Pudgy Monsters in stores since they’re still shipping, so when you find a box I can easily suggest picking it up.