On Oct. 28, 2017, Habanos S.A. formally showed off the newest Edición Regional for the country of Switzerland in the Sancho Panza marca. Named Valientes, the 5 1/8 (130mm) x 55 robusto extra features the factory name montesco. It was introduced during the Swiss Habanos Day 2017, which was held at the Giardino Verde located near the city of Zürich.

As with every release in the Sancho Panza brand, the Valientes has a moniker that is taken from Miguel de Cervantes’ novel El Ingenioso Hidalgo Don Quijote de la Mancha, which was published in 1605. In this case, the name translates from Spanish to the braves and was selected in honor of Don Quixote and Sancho Panza, the two courageous main characters from the famous book.

In term of production numbers, the Sancho Panza Valientes had a total of 6,000 boxes of 10 cigars produced, with each box priced at CHF 235, or approximately USD $235.55. For those unfamiliar with the Edición Regional program, Patrick covered it in the Por Larrañaga Robusto review:

They are available for one to two years, after which time the cigar can be added to the line’s current production range. The vitolas used for Edición Regional releases must be selected from current production vitolas, but ones that are not already used by that line. In addition, recent changes, as noted by Trevor Leask of CubanCigarWebsite.com, have included a lifespan of 12 months with release dates generally in August, September and October.

In addition, while some regions have received multiple releases in a calendar year, it has been reported that starting in 2012 Edición Regional releases will be limited to one per distributor. Finally, the cigars generally use the marca’s main band with a second red and silver band that indicates the region it was made for, in the format “Exclusivo ___” with the region’s name in Spanish.

If you are thinking that an Edición Regional release in the Sancho Panza seems unusual, you would be correct, as there have only been four different releases in the program since it started in 2008: 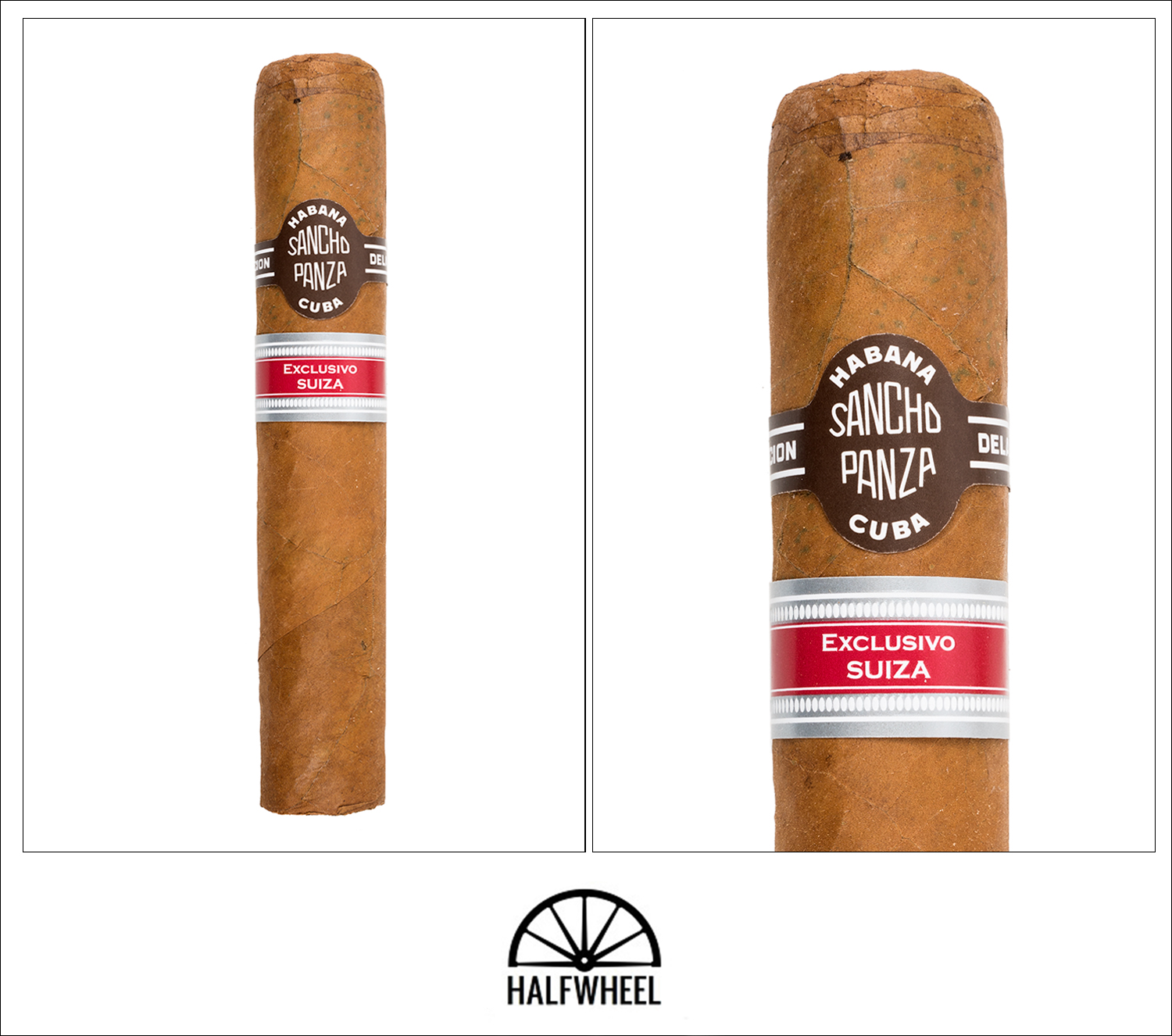 Visually, the Sancho Panza Valientes Edición Regional Suiza 2017 is covered in a gorgeous milk chocolate brown wrapper that features just a bit of tooth as well as some very obvious oil. There are a couple of major veins running up and down the length of the cigar as well as a small soft spot just under the main band. The aroma from the wrapper is a combination of peanut shells, cedar, earth, leather, manure, fresh cut grass and vanilla sweetness, while the cold draw brings notes of citrus, leather, ground coffee, dark chocolate, cinnamon and slight white pepper.

Starting out the first third, the Valientes Edición Regional Suiza 2017 features immediate flavors of both salted peanuts and dark chocolate, followed closely behind by other notes of creamy cedar, hay, leather, espresso beans and barnyard. There is some very obvious lemongrass on the finish, as well as some distinct butterscotch sweetness on the retrohale, both of which seem to be getting stronger as the first third burns down. Construction-wise, both the draw and the burn are excellent so far, while the smoke production is extremely copious off of the foot. The overall strength starts off halfway between mild and medium and goes almost nowhere by the time the first third comes to an end. Thankfully, both the butterscotch sweetness on the retrohale and the lemongrass note on the finish are major factors in the second third of the Edición Regional Suiza 2017, while the dominant flavor continues to be the salted peanuts and dark chocolate combination. There are also flavors of cinnamon, leather, espresso beans, hay and earth, as well as a tiny amount of white pepper on the retrohale. While the draw continues to give me no issues, the burn has become bad enough that I am forced to touch it up once and the smoke production continues to be high. Strength-wise, the Sancho Panza increases enough to hit a point just under the medium mark by the end of the second third but seems to have stalled out there for the moment. 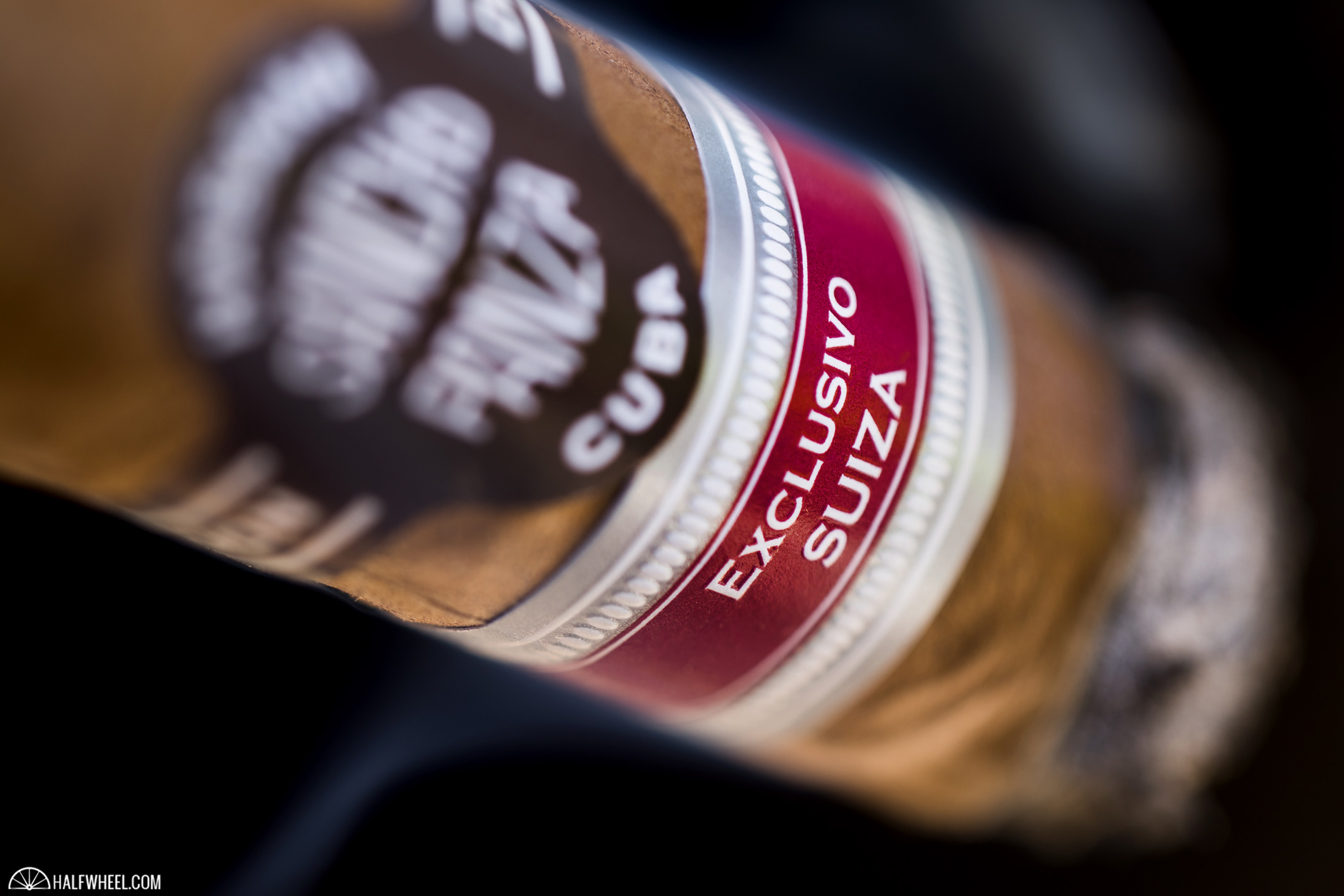 The final third of the Valientes Edición Regional Suiza continues the trend of the first two thirds, with the same salted peanuts and dark chocolate notes from the second third still dominant. In addition, the lemongrass is still very evident on the finish, but there is slightly less butterscotch sweetness on the retrohale. The profile still features some white pepper as well as other flavors of earth, hay, cinnamon, leather and coffee beans that flit in and out. In terms of construction, the draw remains excellent, while the burn has evened out nicely and the smoke production continues to be well above average. The overall strength does increase enough to hit a point just under the medium mark before I put the nub down with a little less than an inch left. In terms of both what I normally smoke and enjoyment, Sancho Panza marca has been near the bottom of the pile for a long time, but the Sancho Panza Valientes may change that. Creamy, smooth and sweet, the cigar shows features copious amounts of butterscotch sweetness as well as nicely contrasting lemongrass. While it does not have that extra complexity and nuance to put it with the top tier of Edición Regional releases, it is easily one of the better examples I have smoked in months and is well worth tracking down for when you are in the mood for a lighter option that is full of flavor.