If you’ve been following the cigars reviewed on halfwheel for the last month or so, you’ve likely been rather familiar with a three-letter combination: T, A, A.

The Tobacconists’ Association of America (TAA) is a group of about 80 retailers as well as 40 or so manufacturers. The association gathers annually to discuss issues facing the industry and retailers, as well as to have its annual trade show, a unique event that works on a group buying format in order to secure exclusive deals for these generally high-volume merchants.

During the convention, the organization hosts two distinct selling events. One is known as the Dream Machine, an optional event where manufacturers offer the entire group of retailers tiered specials and discounts. The more that the group collectively agrees to buy, the better the discounts and deals are for every retailer involved. In addition, the week includes a more traditional trade show which oftentimes sees some of the most aggressive discounts of the year.

The 2020 meeting was supposed to take place from March 22-26 in Cabo San Lucas, Mexico but was canceled due to the coronavirus COVID-19 pandemic. Instead, the group met virtually in late March where retailers had the opportunity to place orders, including of cigars in the TAA Exclusive Series Program.

Each year, TAA member manufacturers produce exclusive cigars that are offered to retailers in the group. The cigars are sometimes exclusive line extensions to existing lines, while other times they are entirely new blends. Each manufacturer pledges that a certain amount of money per cigar, oftentimes ranging from 25 cents to $1, will be sent back to the organization. 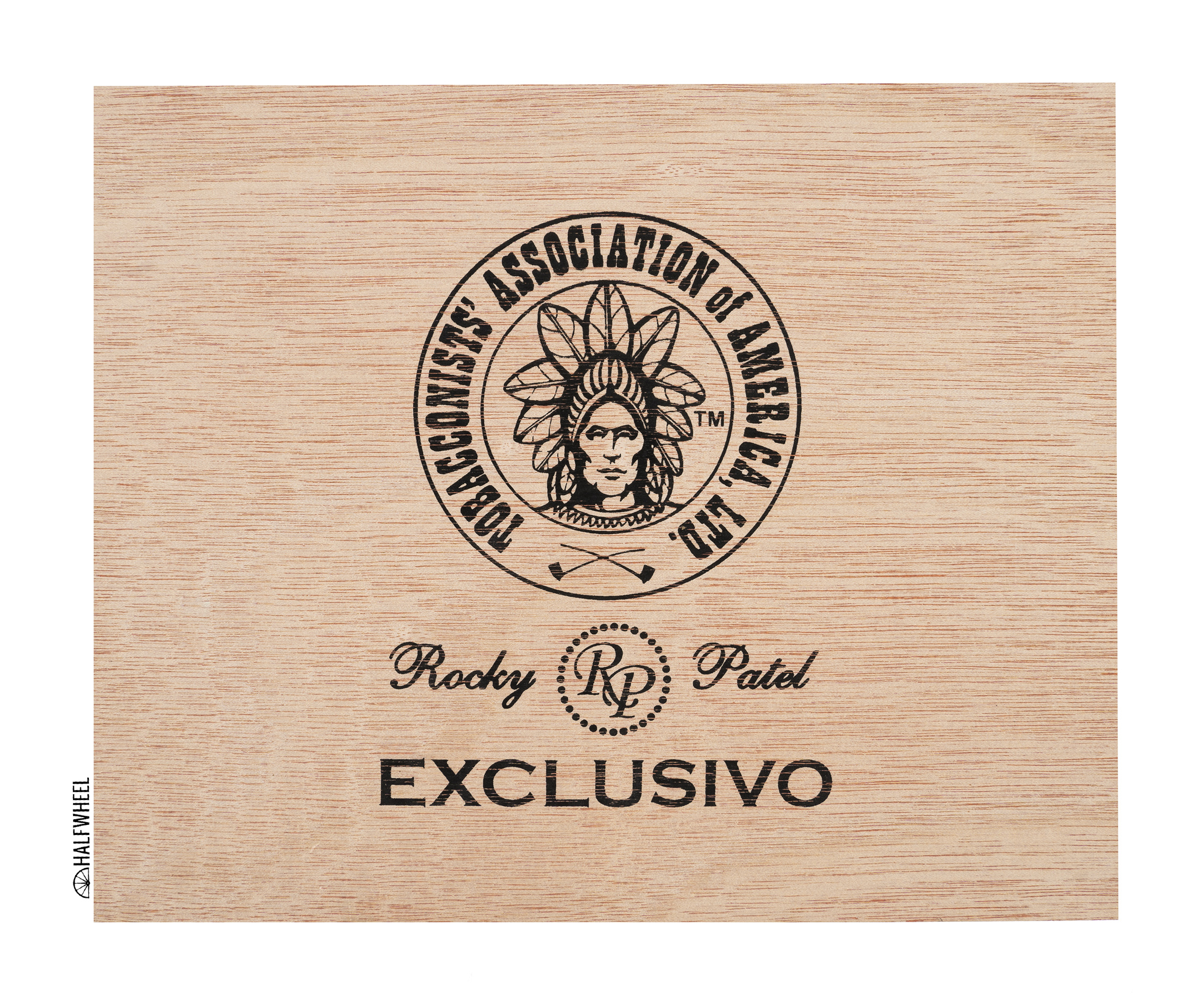 Rocky Patel was one of the 14 companies to release a cigar for the 2020 group of TAA Exclusive Series Program, adding the Rocky Patel TAA Exclusivo 2020, It is a 6 x 52 toro that uses a Mexican San Andrés wrapper over a Nicaraguan binder and Nicaraguan fillers.

It is being produced at the company’s Tabacalera Villa Cuba S.A. (TAVICUSA) factory in Estelí, Nicaragua. The wrapper on the Rocky Patel TAA 2020 Exclusivo is dark and gritty, but there’s almost no oil to speak of. Because of the band’s color scheme and the TAA logo, I keep thinking of the E.P. Carrillo TAA 2018, which had a rather similar look. The aroma from the wrapper has cured meats, some raisins and a bit of barnyard—relatively mild though not surprising given the lack of cellophane. The foot smells like Spanish cedar from a humidor and some raisins, both sweeter and stronger than the wrapper. Cold draws are open with a great mixture of oatmeal cookie and some chocolate brownies, around medium-full.

There’s probably a dozen different flavors that hit the palate upon the first puff so it’s a bit hard to pick out what’s going on exactly. After a few cigars my notes say: earthiness, some beef jerky, a bit of sweetness, toastiness, creaminess and watered-down maple syrup, like when maple syrup is used in a beer. Each individual flavor is about the same in intensity and the flavors don’t last for that long, so it only adds to the difficulty. Unfortunately, the Rocky Patel TAA 2020 Exclusivo adds a harshness after a handful of puffs. It’s not overwhelming, but as is often the case, it doesn’t make me like the cigar anymore. The main flavor is a mixture of dry leaves and a burnt campfire flavor. Retrohales have a bit of cheese, some leather, Ritz crackers and dry leaves. The finish is super salty, almost like a Frito’s corn chip, along with some white pepper. I really wish I had a sweet and cold beverage, like a glass of lemonade, to balance out the profile which is complex, but drys my mouth a bit. Flavor is full, body is medium-full and strength is medium-plus. While the draw is only slightly open, the cigar is burning like one that was super open. Smoke production is massive off the foot, inconsistent in the mouth and oftentimes waning. That leads to quicker puff rates, which probably doesn’t help the harshness. During one of my cigars, I realize the Rocky Patel TAA 2020 Exclusivo kind of tastes like what many Scotch whisky-based cocktails end up like, only there’s no real Scotch flavor. There’s some chocolate underneath, almonds, paprika and a bit of sherry. Retrohales have are semi-sweet with some citrus and quite a bit of the cured meat flavors from before. The finish has coffee, a bread-like flavor, some nuttiness and a touch of creaminess; once again, a very complex profile. Flavor is full, body is full, and strength is medium-full. The open draw has taken its toll on this Rocky Patel and touch-ups are now happening. One cigar ends up going out completely, and even with an increased puff rate it doesn’t want to stay lit. The touch-ups on the Rocky Patel TAA 2020 aren’t helping. After each one, the harshness only seems to amplify itself, and the main flavor in the mouth is more or less the generic flavor that most cigars that need regular relighting experience: leather, earthiness and some burnt characteristics. There’s still some sherry flavor and an indeterminate sweetness, but it’s quite clear this isn’t the same cigar I was smoking in the first third. The finish remains surprisingly clean and pleasant with apricot, bread and leather, though some puffs deliver an ample dose of harshness. Flavor is full, body is medium-full and strength is full. After each touch-up, there is a heavy dose of smoke that leads me to believe that I won’t need to be relighting the cigar 15 minutes later, but that ends up never coming to fruition and my lighter remains in use until the end. I wonder what would happen if the cigars I smoked were rolled just a bit tighter. When I took a cold draw of the first sample and wrote down that the draw was a bit open I didn’t think much of it. But after smoking three cigars, I can’t help but think that the slightly open draw contributed to this cigar’s biggest downfall: its inability to stay lit without aggressive puff rates. The Rocky Patel TAA 2020 starts great but eventually is brought down by both a muddied profile and a harshness, the latter particularly in the second half. I don’t want to sound like a broken record, but here’s another one for the redux box to see if things calm down a bit more with some rest in the humidor.