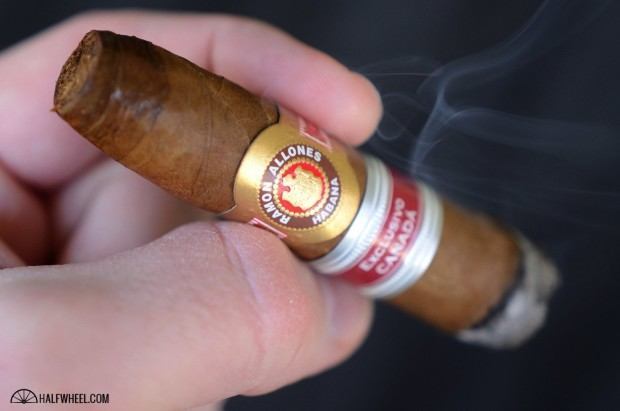 Today I’ll be looking at another of the Edición Regional releases from Habanos S.A., this time from the Ramón Allones marca. When the program first started in 2005 there were only two marcas featured: Punch and Ramón Allones.

Since then Ramón Allones has been one of the most popular ER releases for the program to date with at least one release every year. In 2009, Canada decided to get on the Ramón Allones train with their first ER release for the marca, which was a petit pirámides. They followed up with two more Ramón Allones releases in both 2010 and 2011.

There was no Canadian Edición Regional in 2013, meaning the current total stands at nine including the La Flor de Cano Siboney that was released earlier this month.

While Ramón Allones is virtually a permanent resident in my humidor, I’ve yet to try any of the Canadian releases, so I was excited when I saw I got to try the petit pirámides size, which looked like something right along my preferences. Coming in natural, unvarnished boxes of 25, there were only 1,200 boxes made, putting it on the smaller side of the ER releases. 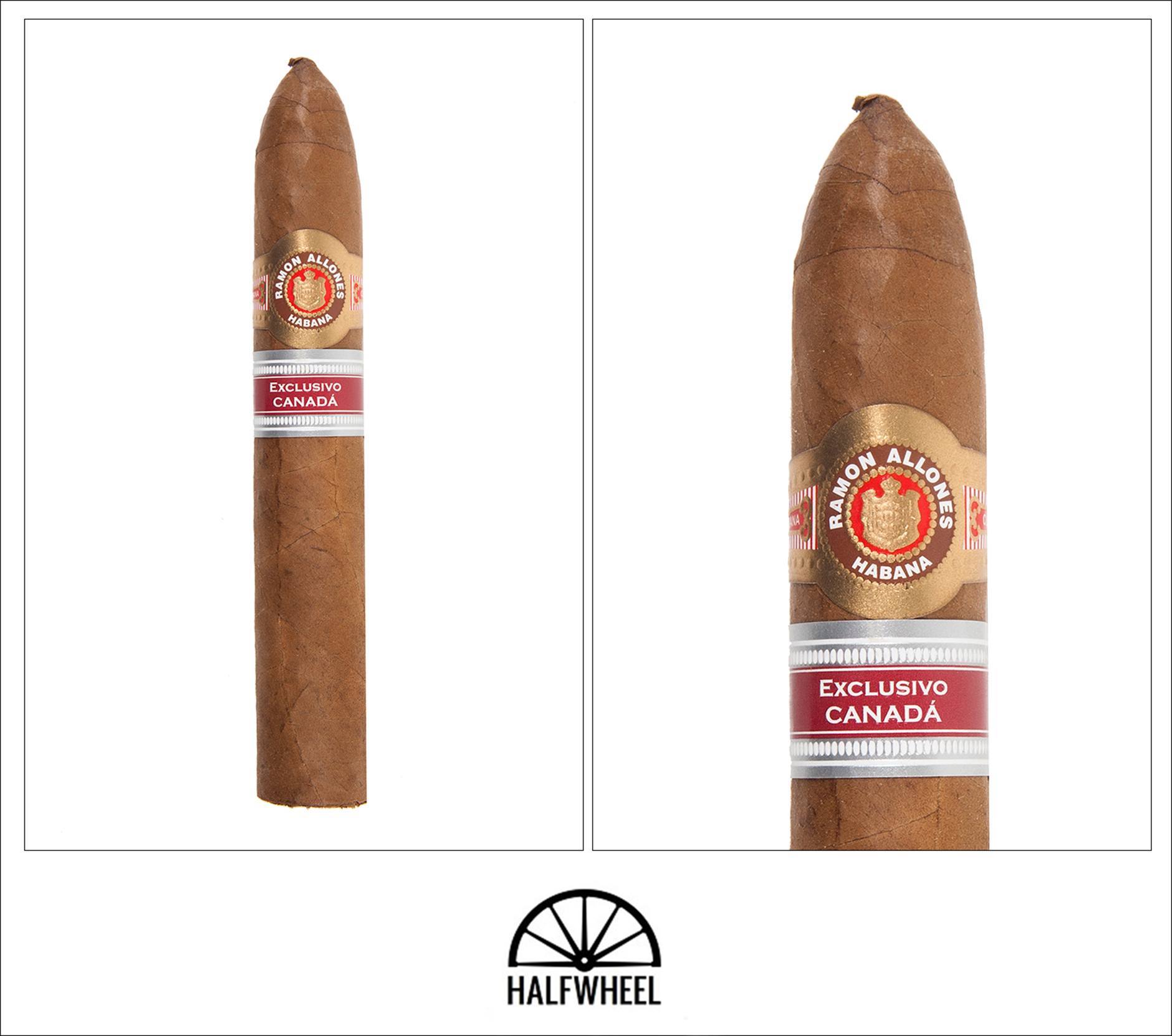 Though the cigar doesn’t look perfect, it’s not what I would call ugly. There’s a fairly bumpy binder that gives the wrapper an uneven look, a pretty noticeable vein down the majority of one side and a less than seamless wrapper application. The cigar is quite firm, though looking at the foot it doesn’t seem to be overfilled. When I bring the Petit Unico up to my nose there isn’t too much aroma coming off the wrapper, just a little hay and fresh earthiness. The cold draw is much more complex, though very mild, with light hay, cinnamon, vanilla and graham crackers.

Starting into the first third, there is a healthy amount of pepper up front, though not overwhelmingly so, along with some baking spice, coffee and a vanilla pudding note. The draw is right down the middle of ideal, though the burn in the first half an inch could be giving me more confidence in its future. With only a normal draw, plenty of smoke is produced and continues pouring off the foot for quite a while after. The burn has corrected itself enough that I don’t need to touch it up, though it isn’t perfect. An inch and a half in and the pepper has started to fade slightly, though the rest of the profile hasn’t changed much. 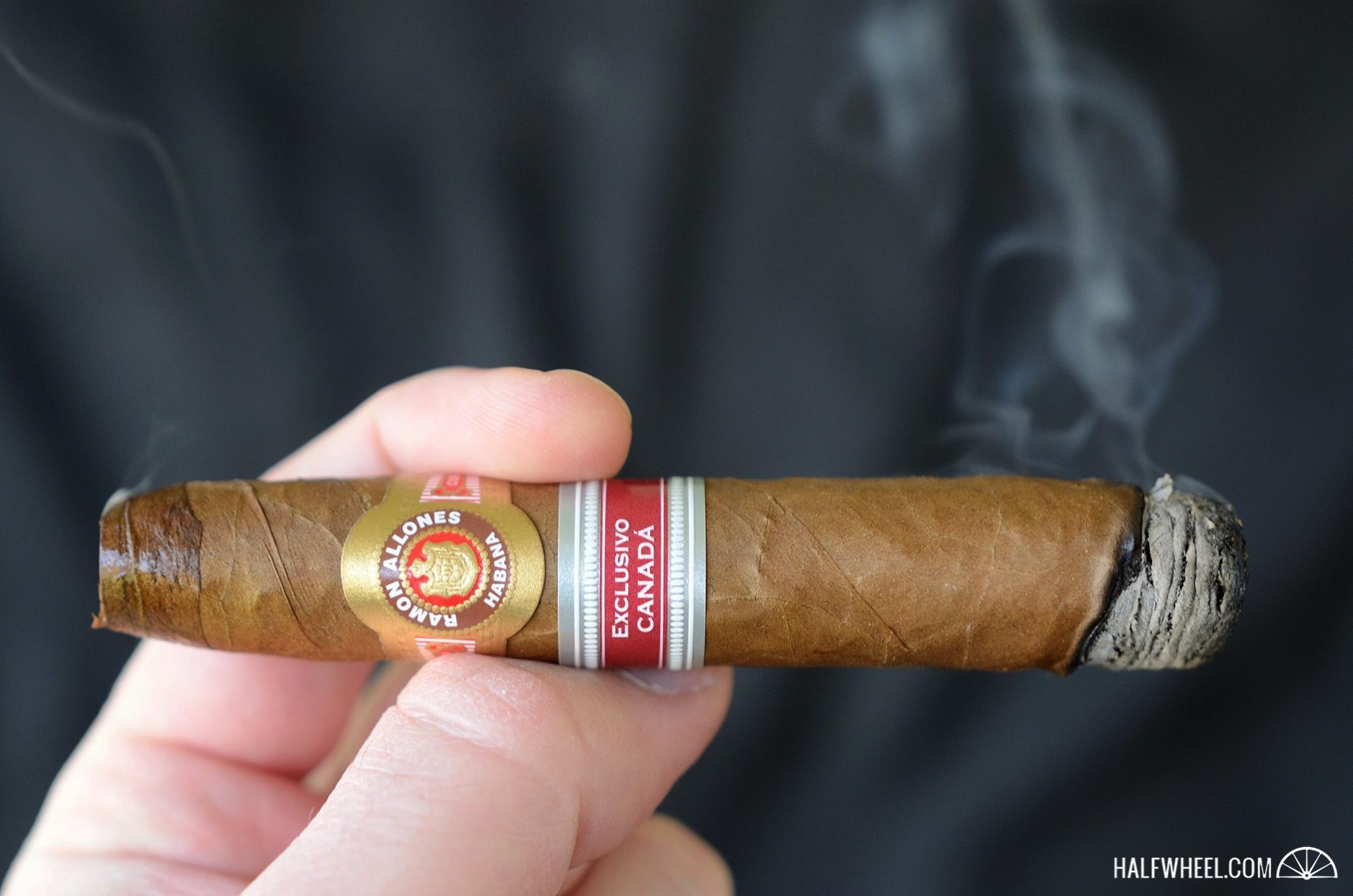 The second third continues to see the pepper fading, shifting instead into a hot cinnamon note, which meshes well with the baking spice, coffee and vanilla notes. I did finally need to touch up the burn, but only a minor correction. A slightly bitter note has appeared, though it only puts a small damper on the profile. Towards the end of this third the vanilla has faded into the background, leaving the spice, coffee, cinnamon and a hint of pepper remaining. 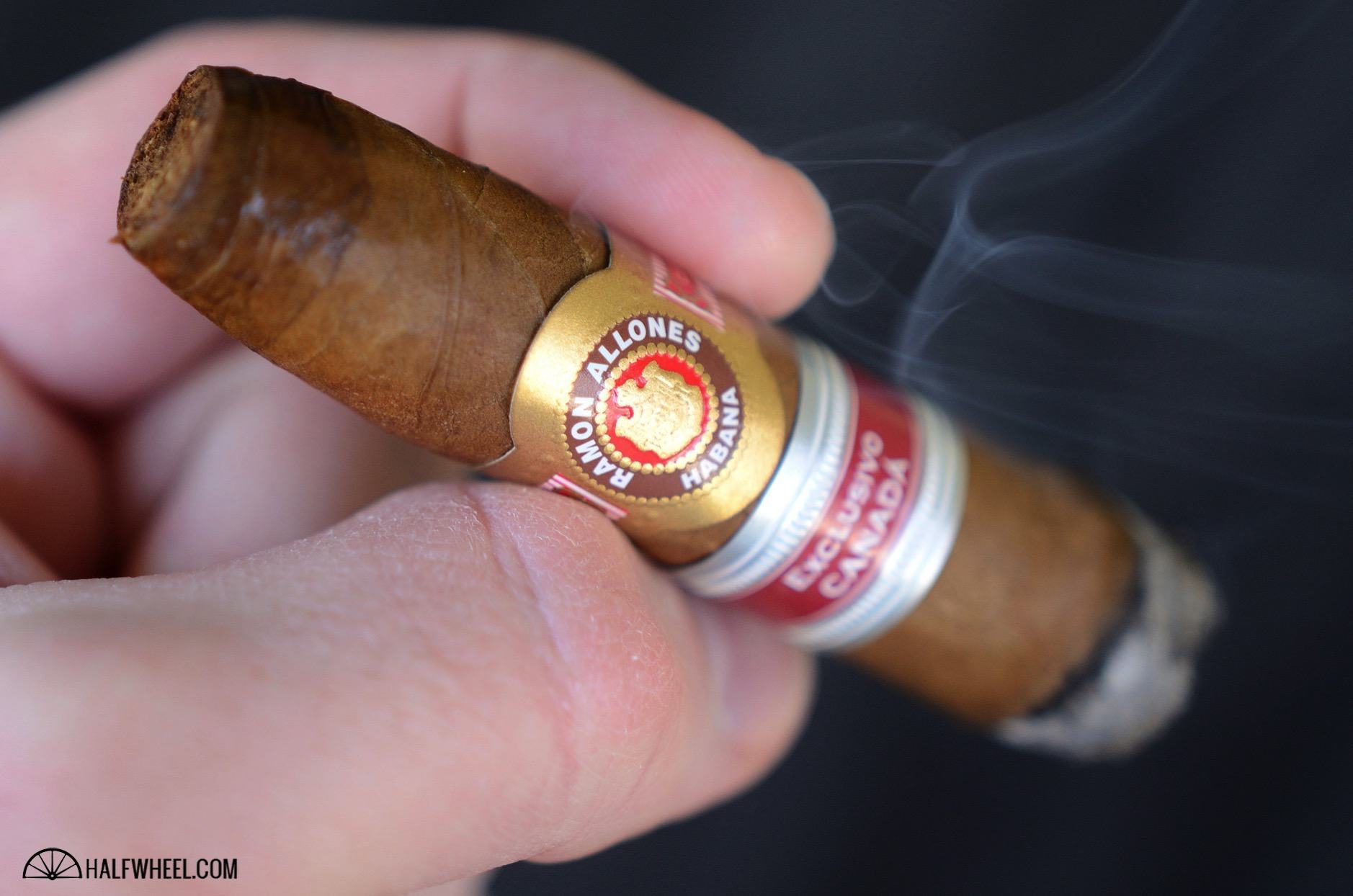 The final third sees a much less diverse profile from the Ramón Allones, with mostly spice up front with hints of spice and pepper in the background. That’s not to say that it isn’t still enjoyable, however the profile is missing more of what made it so good in the first third. The burn has finally wrangled itself into control, evening out for the most part and staying that way. The slight bitter note has reared its head again, and with less flavors going on in the profile it makes it slightly more prominent. For a brief moment there’s a quite specific custard note, making it more reminiscent of the first third, and with only a little bit left to the cigar I decide to end it on that note. 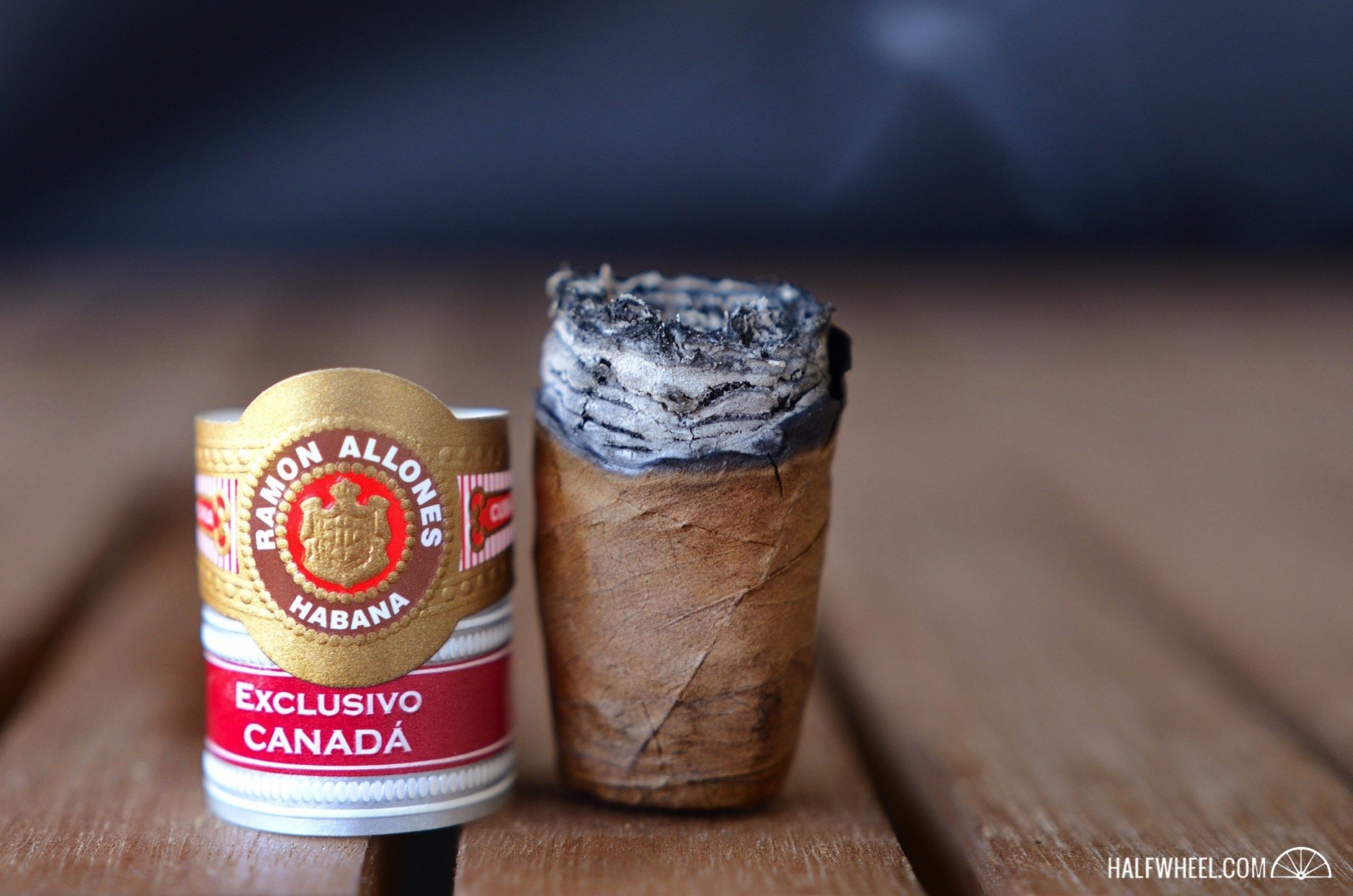 Ramón Allones remains one of my favorite marcas from Habanos S.A., so I was excited to try this. While the profile itself was enjoyable for the most part, the consistency in which it delivered that enjoyment was less than ideal. The draw was great through all three samples, but the burn was another inconsistency that gave me some problems. Overall however it was a cigar I enjoyed, and while I wouldn’t suggest you rush out and try to find a whole box of them, it is something that if you run across I wouldn’t hesitate in suggesting picking up a few to try them for yourself.