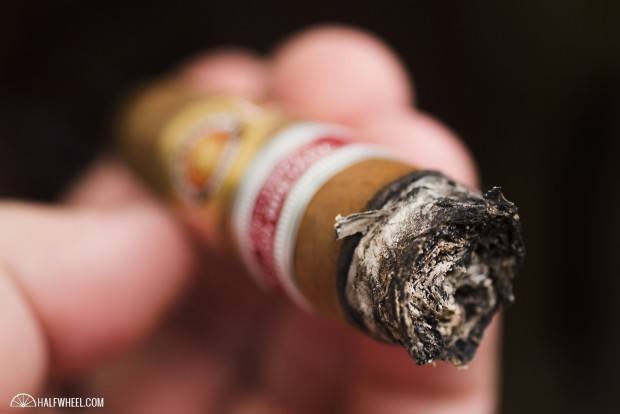 In 2005, Habanos S.A. released the first cigars in the Edición Regional series, a program that made limited edition cigars available for specific regions, who would have exclusivity on the cigars for one to two years. The first year saw four different cigars released in two different marcas—Punch and Ramón Allones—but the series grew quickly after that, with its most extensive year being 2011 with 25 different cigars produced under 12 different marcas.

The 4 11/12 (125mm) x 52 Ramón Allones Petit Belicoso was an Edición Regional for Great Britain that had a total production of only 50,000 cigars, and each box of 10 was individually numbered. Covered in a honey brown wrapper that is quite smooth to the touch, the Ramón Allones Petit Belicoso also exhibits quite a few veins up and down its length. It is firm when squeezed, but not overly so, and there is no oil visible that I can see. Aroma from the wrapper is a combination of milk chocolate, cedar, cinnamon and manure, while the cold draw brings an a some array of flavors, including sweet citrus, leather, oak, hay and nuts.

The first third of the Ramón Allones Edición Regional starts off immediately with a dominant toasted almonds note, interspersed with flavors of cedar, bitter espresso, leather, earth and tart lemon. There is a touch of a floral sweetness and white pepper on the retrohale that both seem to be getting a bit stronger as the first third burns down, along with a slight bitterness on the finish. Both the burn and draw are excellent, and the smoke production is slightly above average so far. Strength-wise, the Ramón Allones barely hits a point halfway between mild and medium by the end of the first third. 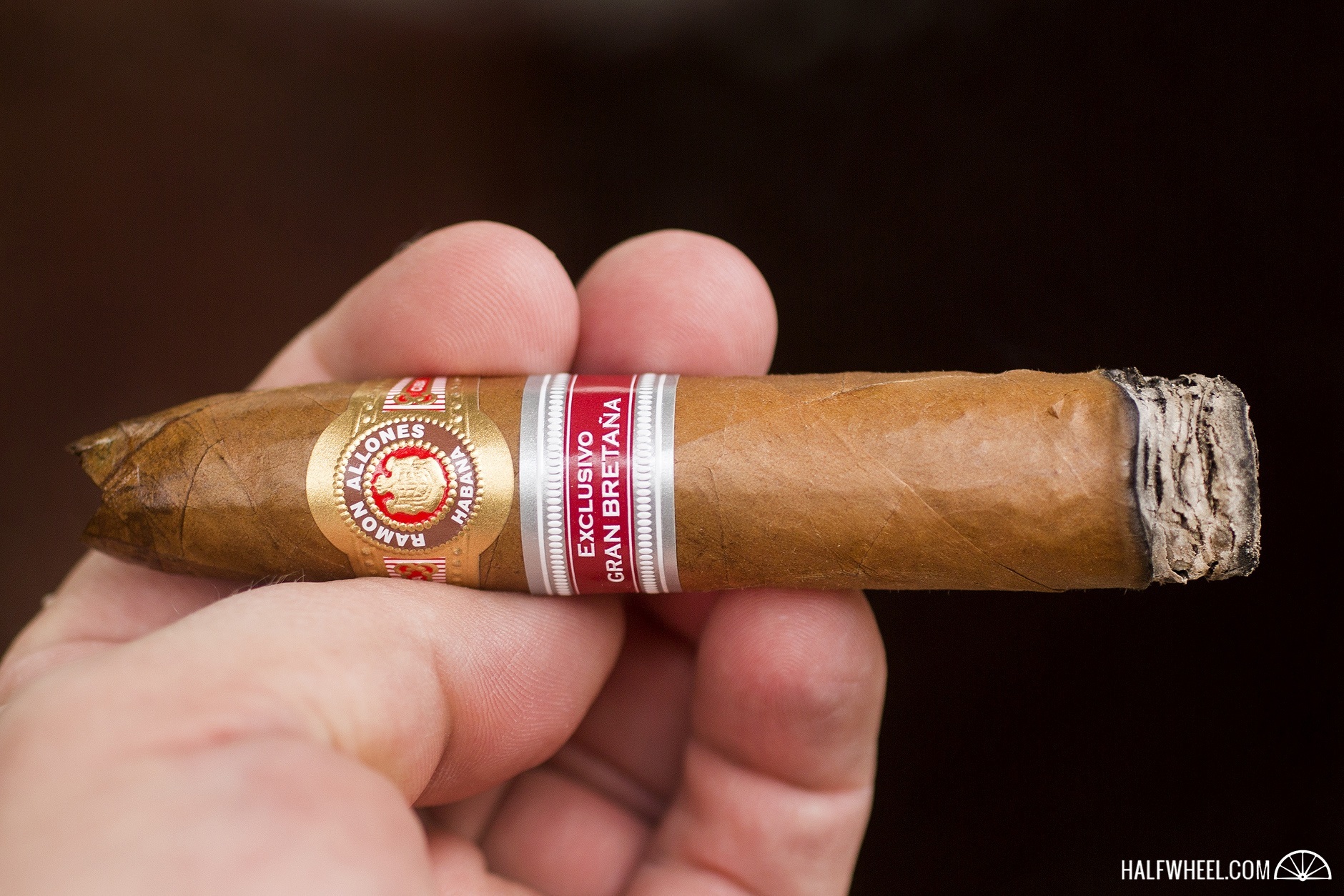 The citrus note really picks up in the second third of the Ramón Allones, reminding me strongly of lemongrass, while other less dominant flavors of creamy almonds, coffee, cedar and cocoa flit in and out. The finish is quite creamy, and it combines nicely with the white pepper that is still present on the retrohale. The burn and draw continue to impress, and the smoke production is still above average, while the overall strength almost makes it to the medium mark by the time the final third starts. 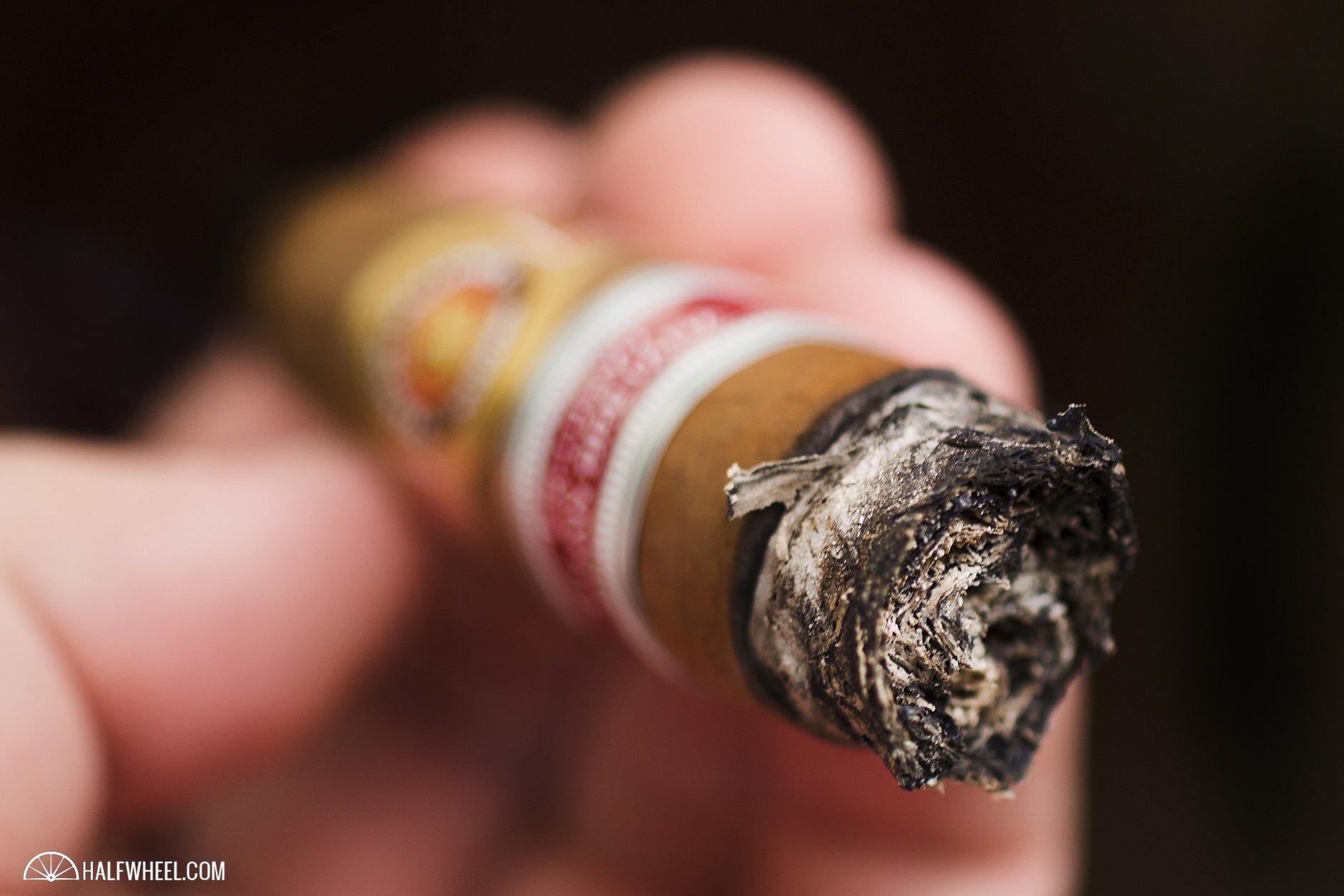 The profile of the Ramón Allones Petit Belicoso takes a major shift in the final third, with the lemongrass citrus taking a back seat to a combination of almonds, nutmeg and sweet brown sugar. There is a bit more pepper on the retrohale compared to the previous two thirds and really sets off the other flavors of cream, hay, vanilla, cinnamon, leather and earth that come go. The smoke production has decreased, but is still within normal limits and both the burn and draw remain excellent until the end. The strength finally hits a solid medium by the time I put down the cigar with less than an inch to go, and the nub never got hot on me. The Ramón Allones Petit Belicoso is a prime example of what a Cuban cigar can be: a rich and complex profile that is constantly changing, easy to smoke and excellent construction. While I am not a huge fan of the vitola, there is no doubt it worked well with the blend, and at no point did it distract me from the smoking experience. A very nice cigar that should continue to age well, I wish I had a box to test that theory.