As part of its very first batch of Edición Regional releases, The Pacific Cigar Co. Ltd., distributors of Habanos S.A. products throughout much of southeast Asia, selected a pair of cigars for its customers: the Punch Super Robusto and Ramón Allones Estupendos.

The former is a 6 1/10 x 50 robusto extra, while the latter is the well known Julieta No.2 vitola, a 7 x 47 Churchill that is well-known in the Habanos catalog and throughout the cigar world as being named for the statesman Sir Winston Churchill.

As documented numerous times before, the Edición Regional program was launched in 2005 and allowed distributors to work with Habanos S.A. in creating limited edition sizes for their region, using an existing vitola in the portfolio but not one that appears in a marca’s existing regular production. Additionally, the ten worldwide global and niche brands—Cohiba, Montecristo, Partagás, Romeo y Julieta, H. Upmann, Hoyo de Monterrey, José L. Piedra, Cuaba, San Cristóbal and Trinidad—leaving 17 vitolas to pick from. As evidenced in the 11 years of releases since, both Punch and Ramón Allones have become two of the most popular of the marcas to choose from for Edición Regional releases.

While most of the Edición Regional releases are only available for a year, some can be selected for a re-release, which is what happened in the case of the Ramón Allones Estupendos. While the cigars are identical, there are occasions where the distributor might include a note in the box indicating that these are the second edition, as is the case with this cigar.

The Edición Regional program has undergone some changes since this cigar was initially released, the most notable of which is that each distributor is one allowed one release per year, a change that happened in 2012. The distributor still must underwrite the cost of the cigars, and there is no guarantee that a request for a certain marca and size combination will be granted. 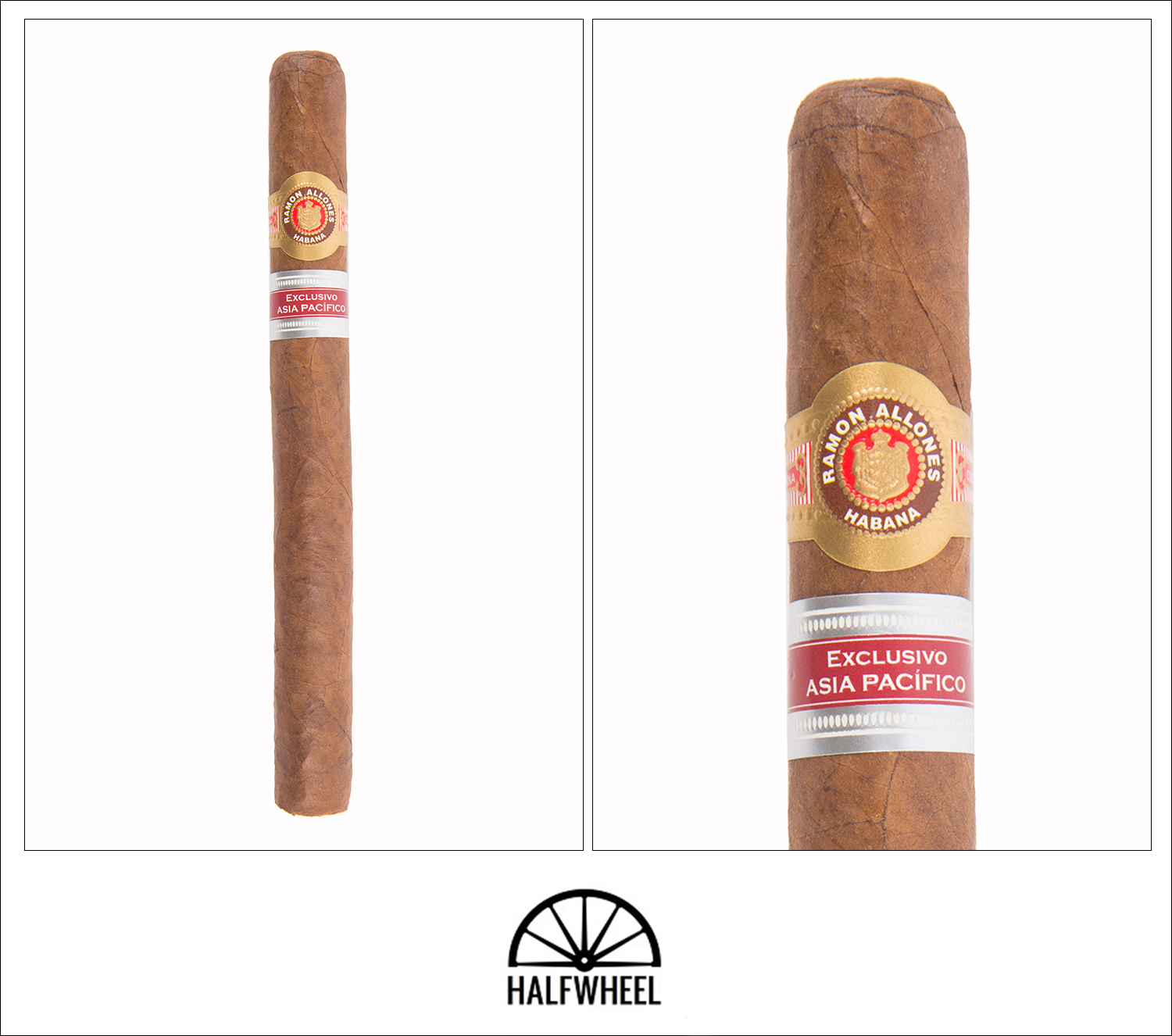 As a fan of the Churchill vitola, I’m immediately drawn to the Ramón Allones Estupendos, though I can certainly appreciate how many people would consider it to be simply too much cigar. In some ways the wrapper, with its shade falling somewhere between toffee and lightly roasted coffee beans, doesn’t look Cuban; the veins don’t have the familiar structure that I equate with the island, although the leaf’s texture is still soft and smooth. What sell it for me the occasional water mark that is a dead giveaway for what passes as acceptable for release, with every sample having some sort of visual blemish you wouldn’t see from other countries. Even after several years there is still an oily sheen on the wrapper, which is well applied with clean seams and no major veins, only an occasional spot where the color is off in the typical Cuban fashion. It’s a firm cigar with little in the way of give, though that might be compounded a bit by the fact that its been kept at a slightly lower humidity (~65 percent) than many cigars I’ve been smoking lately, so my perceptions may be a bit off. From the foot I get a bit of raisin bread, as the smell has the deep, sugary sweetness of raisins with a touch of white sugar and a dry, neutral background of wheat bread crust. The fruit note is where the mind can go in the most directions, as there are instances where I think more cranberries than raisins and others where it’s more fruit salad than a solo act; regardless of what it conjures up it is always pleasant. It’s not overpowering by any means but is certainly an enjoyable and engaging introduction to the cigar. My pleasantries with the cigar come to a quick halt when I clip the well-applied cap and take a cold draw, which is much tighter than I would have liked, offering a bit deeper and more complex version of the aroma with more emphasis on the bread component. There’s no pepper to be found whatsoever in the milkshake-like draw.

My first sample of the Ramón Allones Estupendos comes with a very tight draw that results in labored air movement and substandard smoke production, though the flavors and aroma that the cigar has to offer are very enjoyable and build on the raisin bread note that was prevalent before the cigar was lit. There is just a touch of white pepper present in the nose, so faint that if there’s anything on your mind other than the cigar you’re likely to miss it in favor of the soft, almost cotton-like texture of the smoke. A bit of the smoke nips at the front of the tongue and the lips, and while it’s hard to assign a flavor to it, the physical reaction is certainly there. While it’s not quite a direct correlation, it seems to be an early hint that some pepper is coming from the cigar, as both the palate and nose pick up slightly more with each successive puff. The first bit of ash lets go earlier than I would have expected, failing to make it to the one inch mark before jettisoning itself mid-puff. The draw remains unpleasantly tight as the flavor mellows out a bit, still showing the core notes but losing some of the depth and character it showed out of the gate and now sitting at medium-minus in terms of strength and body on my palate. I also find myself craving more smoke production from this cigar in the first third, as it underwhelming at times. Shortly after the ash breaks off, the flavor begins a turn away from where it started and picks up a smokier and slightly more earthy profile, though it takes a good 10-15 puffs before the new character fully hits the senses. The pepper picks up quite noticeably in the transition to the second third, giving the Estupendos an almost completely new profile. it is also fairly easy to pick up some points in the first third where the age of the cigar is apparent, as it has shed nearly all the signs of youth while retaining its core notes that thrive in their pureness and occasional subtlety. It’s here where the Estupendos seems to go down two different paths; in the first and third cigars, the pepper continues its journey towards the forefront of the flavor profile, pushing the sweetness to the background and imparting a rougher profile on the senses. Retrohales are decidedly more peppery, stopping short of being too aggressive on the nose, while the smoke profile thins out just a touch. In the second sample, a slightly bitter, dry chalk begins to take over the flavor, leaving a lingering finish behind that is far from desirable. While the flavor evolution is similar, the execution can vary quite a bit and as such, deliver quite different impressions of the cigar. Thankfully, the second cigar with the sour chalk-ridden profile nearly rights itself by the midpoint, shifting to a biting, dry timber that is much more palatable, assuming the tingle on the lips doesn’t bother you. When it does right itself and realign with the progress of the other samples, a subtle and peppery smoke is waiting at the halfway point, with undertones of earth and rock. Sweetness has all but departed the Estupendos save for a remnant that comes in the aroma while at rest, an echo of the raisin and cranberry found earlier. As the second third begins to come to a close, the pepper retreats just a touch and becomes a bit lighter, more a mix of black and white pepper than pure black pepper, though it remains plenty punchy in the nose. The draw has finally loosened up just a bit but remains firm, while the draw and burn line have been very good so far. 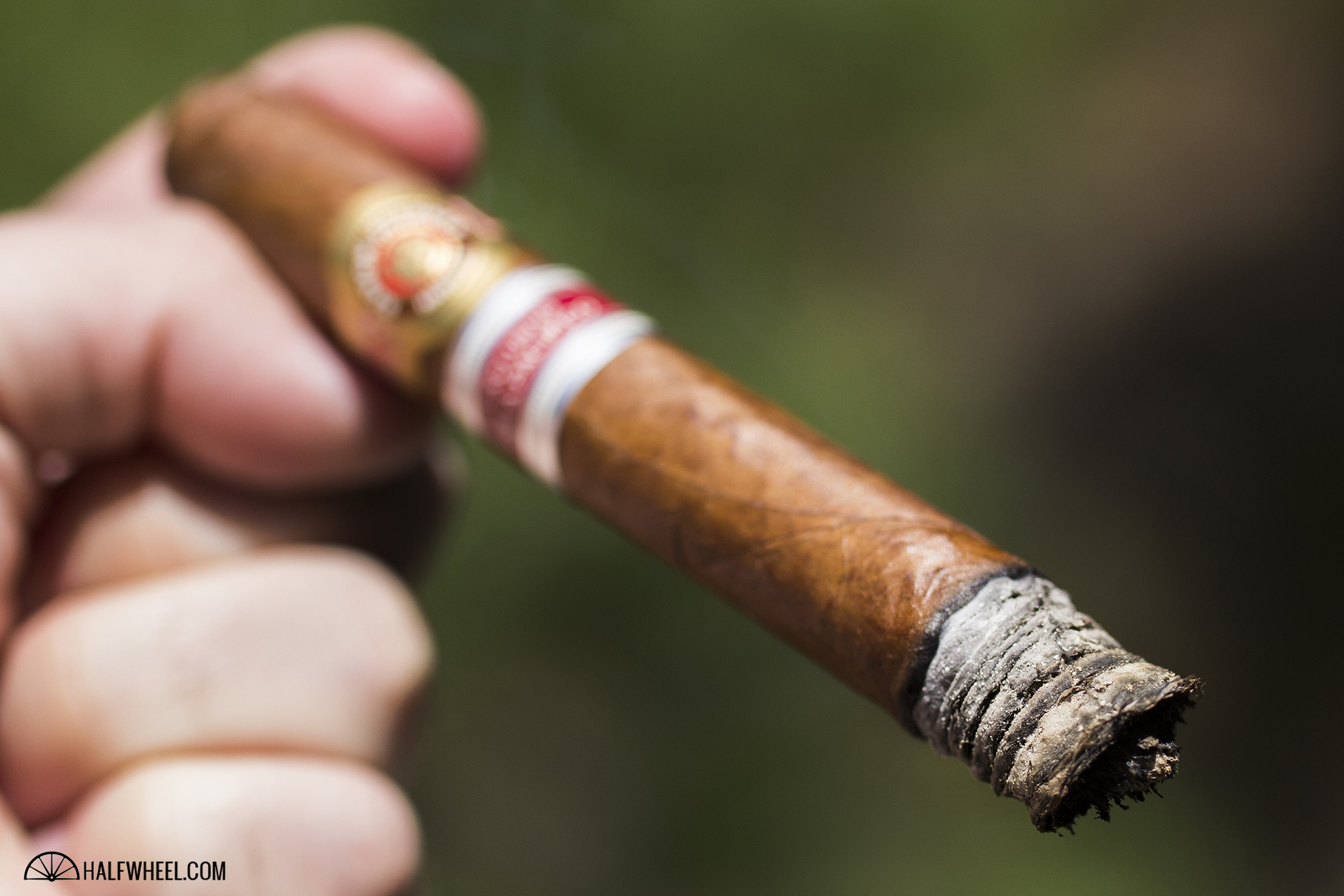 While the draw stays tight entering the final third, it is at least at a point of being tolerable, if for no other reason than it has become familiar in the time it took to get to this point. I find myself retrohaling the Ramón Allones Estupendos more than I do many cigars because it is much milder than more recently produced cigars, and as such the smoke is able to offer much more to the experience than when it is limited to the noise of pure power. When the bands need to be removed, the flavor is at its most robust and full, dry and peppery with a surprising amount of depth and lingering sensations on the tongue despite not being able to generate an abundance of flavor descriptors. The flavors continue to evolve on my palate, as the pepper fades a bit more and I pick up more earth and terroir coming through, with plenty of rock notes highlighting the flavor, pleasantly in one cigar and not as much in the second. Retrohales are a bit less sharp but have filled out in terms of body, echoing what the palate is getting and becoming more robust and raw than they were earlier, though seemingly mellowed by age. Much like the beginning of the second third, the end of the final third seems to have a bit of variance, and while one gets smoked down to a nub of less than an inch, the next gets put down earlier as the sourness returns and meshes with increased harshness and char to close things out. When the Ramón Allones Estupendos is on, it is truly on. While this is my first time smoking this cigar, meaning I don't have an original flavor profile to compare it to, it is easy to see that time has been very, very good to this cigar. The flavors are clean and refined, the erratic flavors and burn of youth are nearly completely gone, and what is left is an absolutely fantastic cigar in terms of flavor, aroma and construction. The second sample does puzzle me quite a bit, as it veered off the course set by the other two and shows that time can't iron out every wrinkle, but I'd be willing to suffer through one of those in hopes of finding a handful more of this cigar. If you have them or are fortunate enough to find them, you are certainly in for a treat.