Federal Cigar has a long history of releasing exclusive cigars to commemorate its various anniversaries, and one of the latest came from Quesada Cigars.

The cigar in question was the Quesada Reserva Privada Churchill, a 7 x 47 vitola that was produced to celebrate the New Hampshire-based store’s 96th anniversary, and was released at an event at the store’s Epping location on March 4. While the line debuted in 2015 with three sizes, a fourth vitola—and the first store exclusive—was added in April 2016 for Avondale, Ariz.-based Fine Ash Cigars’ fifth anniversary. In addition, a 6 3/4 x 44 lonsdale in the same blend was also released at the same event in both the Connecticut and Oscuro blend.

As with rest of the Reserva Privada line, the Churchill is composed of an Ecuadorian Connecticut wrapper, a Dominican criollo wrapper from the 1997 vintage and filler tobaccos from the Dominican Republic’s San Vicente region, including the 1997 vintage, and ligero from Pennsylvania. Packaged in boxes of 10, this particular vitola is limited to just 3,000 cigars carrying an MSRP of $12.95.

There have now been six different vitolas released in the Quesada Reserva Privada line. 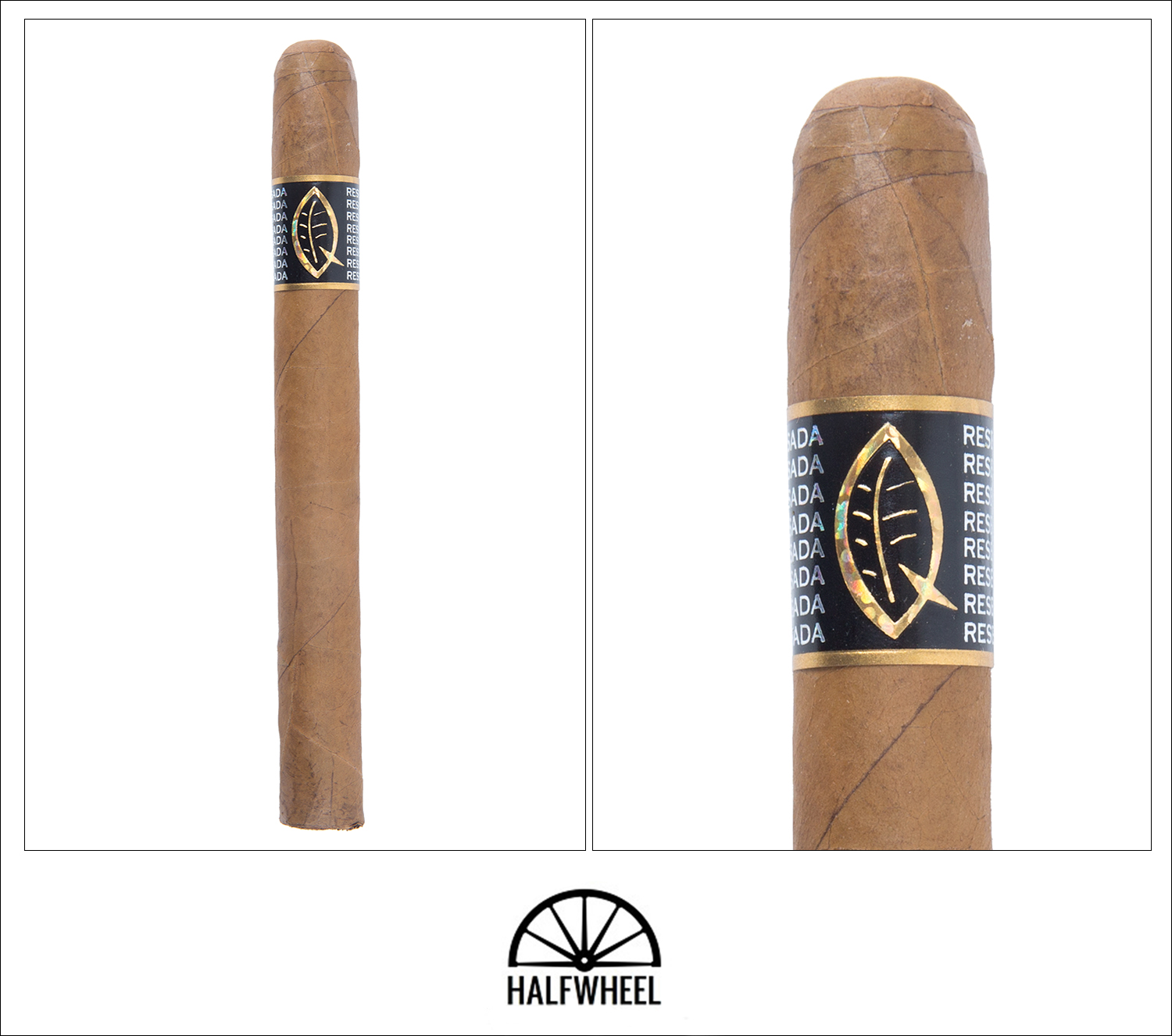 Covered in a honey brown wrapper, the Quesada Reserva Privada Churchill is both smooth as silk and slick to the touch. There is an abundance of oil as well as a multitude of obvious veins, and the cigar is just a touch spongy when squeezed. Aroma from the wrapper is a combination of peanuts, sweet oak, leather, dark cocoa nibs and manure, while the cold draw brings flavors of rich chocolate, earth, creamy wood, white pepper and a touch of lemongrass.

The Quesada Reserva Privada Churchill starts out with a distinct creamy cedar base, interspersed with notes of peanuts, hay, almond milk, cashews and anise. There is a wonderful creamy and sweet café au lait note noticeable on the finish, along with some white pepper on the retrohale, and I am also picking up some slight spice on my tongue. The draw is excellent so far after straight cut, with a close-to razor sharp burn, and the smoke production is well above average off of the foot. The overall strength starts off fairly light and while it does begin to increase a bit, it fails to reach the medium mark by the end of the first third. While the spice on my tongue is long gone by the time the second third of the Quesada Reserva Privada Churchill begins, the creamy and sweet café au lait note on the finish increases slightly and I am beginning to pick up a slight lemongrass flavor on the retrohale.  The dominant flavor shifts to a creamy leather note, followed closely by espresso beans, cocoa nibs, gritty earth, cedar, hay and buttery popcorn, as well as a touch more white pepper on the retrohale. Construction-wise, both the burn and draw continue to impress, while the smoke production actually increases a bit compared to the first third. The strength also increases a bit starting around the halfway point, and ends the second third very close to a solid medium. Although the the creamy and sweet café au lait note on the finish is still present in the final third of the Quesada Reserva Privada Churchill, the amount is noticeably reduced compared to the second third as is the white pepper on the retrohale. The profile shifts with a somewhat bitter espresso bean note now the dominant flavor, interspersed with other flavors of creamy leather, oak, cocoa nibs, peanuts and slight lemongrass. The burn and draw remain excellent until the end of the cigar and the overall strength ends up hitting a point just above the medium mark before I put the nub down with less than an inch left. Although far from my favorite Ecuadorian Connecticut-wrapped blend, I really enjoyed the Quesada Reserva Privada Churchill as a flavorful, nicely complex cigar with an exceedingly creamy profile on both the palate and retrohale and excellent construction. Having said that, one of the samples was noticeably inferior and not nearly as complex, missing that wonderful cafe au lait sweetness that was so pervasive in the other two cigars. A very good cigar that I recommend highly for those looking for a medium strength cigar that is full of flavor.